Decisions must be made by state and local officials on what to do about the Howard Street Tunnel and the Pimlico Race Course, historically two places central to Baltimore commerce and culture – only one of which has a future.

The 123-year-old tunnel is an important part of Baltimore’s legacy as a thriving Mid-Atlantic rail hub and port city, a continuing role we must strengthen. Sadly, the 148-year-old Race Course is now just a reminder of its more storied past.

The reconstruction of the Howard Street Tunnel is a deal that Maryland Governor Larry Hogan, who pulled the plug on the Red Line and State Center, must get done.

If he fails to close that deal, he will cement his reputation as the governor who let down Baltimore – and Maryland – when they needed him most.

Drone races? That tells you all that you need to know about the economic viability of rebuilding Pimlico.

Owned by CSX Transportation, the tunnel carries trains to points south and west from the Port of Baltimore. Its inability to accommodate double-stacked containers, which now account for approximately 75% of intermodal shipments, has put the port at a competitive disadvantage.

The estimated cost of increasing the height of the Howard Street Tunnel to allow passage of rail cars with double-stacked containers is $445 million. CSX recently returned to the table with an offer to contribute $91 million toward reconstructing the tunnel, down from its $145 million offer in 2016.

Anticipating $155 million in federal funding, that means Maryland’s share would be $199 million. That’s $54 million more than the state said that it would contribute in 2016.

CSX’s opening gambit won’t be its final position, however. Governor Hogan needs to put his shoulder to the wheel and strike an agreement with CSX.

Unlike other projects suggested as stimuli for the region’s economy, the benefits of the tunnel expansion are not speculative.

State officials report that the port is responsible for nearly $3 billion in personal wages and salary and more than $300 million in state and local tax revenues.

The port generates about 13,650 direct jobs, with about another 114,000 jobs linked to port activities. Estimates are that expansion of the tunnel would add as many as 7,800 direct and indirect jobs.

Just as importantly, expansion would maintain the port’s competitiveness. The widening of the Panama Canal to allow the transit of larger container ships, completed in 2016, will increase double-stacking even more and adds to the urgency of expanding the tunnel. Business lost to ports like Norfolk or Miami is not readily recovered.

The port is currently thriving, and saw an 8% increase in general cargo and a 14% increase in container business last year. The city and state can ill afford to see that trend reversed.

Racing Days are Over

Ironically, after the news broke that CSX had renewed its interest in expanding the Howard Street Tunnel, the Maryland Stadium Authority issued a report stating that it was impractical to restore Baltimore’s dilapidated Pimlico Race Course, home of the Preakness Stakes.

The report recommended that Pimlico be demolished and rebuilt at an estimated cost of $424 million. It is a project to which no taxpayers’ money should be committed even if it means that the Preakness moves out of the city. 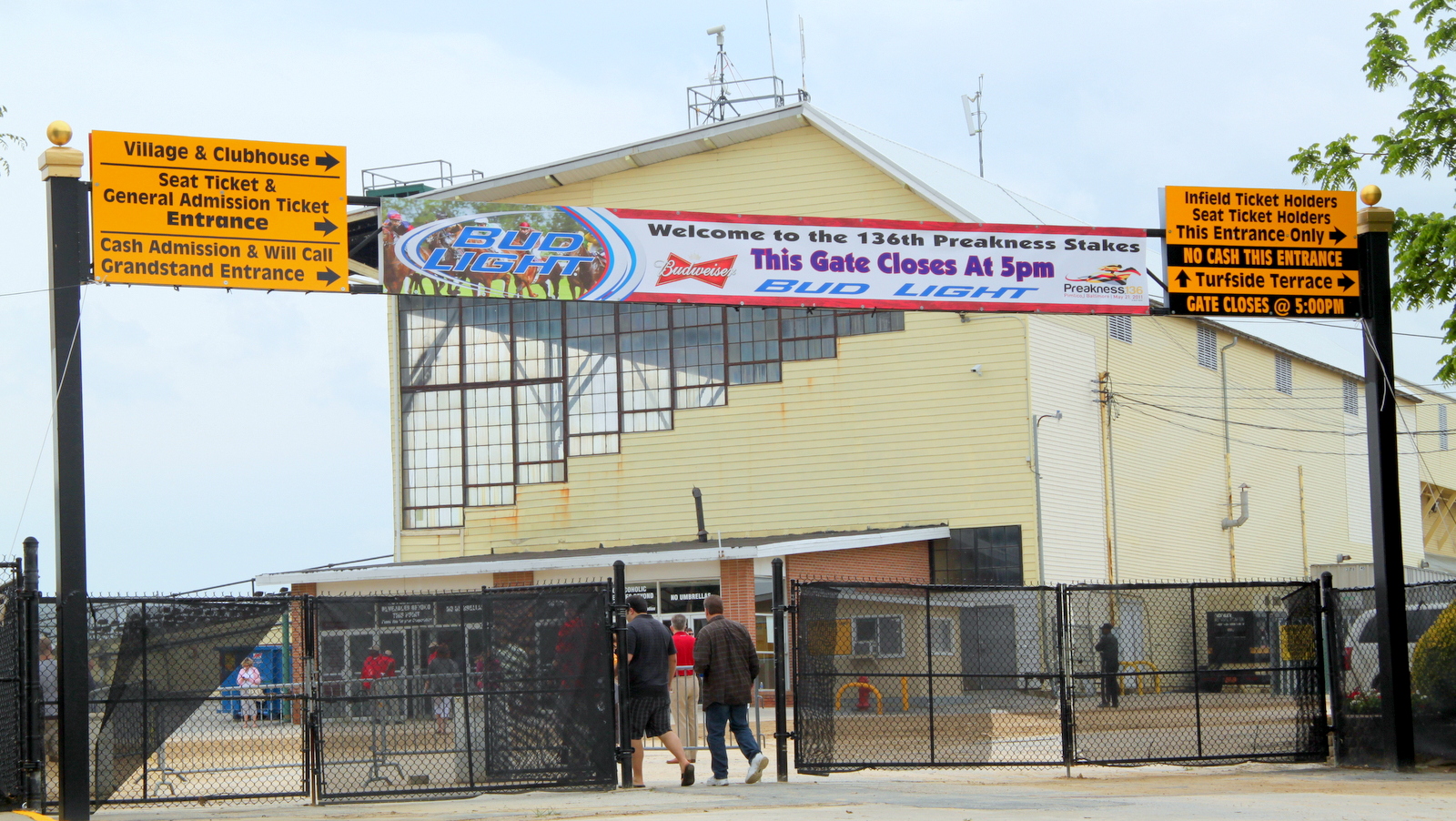 A report by the Maryland Stadium Authority recommends demolishing and rebuilding Pimlico Race Course so that it could continue to host the Preakness Stakes and other activities. (Fern Shen)

Governor Hogan has echoed the popular sentiment that the Preakness Stakes belongs in Baltimore. Trying to restore Old Hilltop to its past glory for the sole purpose of keeping one horserace in the city, however, is a sentiment that comes at too high a price.

The stadium authority did not specify how the cost of building a new race course should be allocated among the city, the state and the track’s owner, the Stronach Group. But this much is safe to say: there is no chance that Stronach will want to bear much of that cost.

Stronach wants to close Pimlico and move the Preakness to Laurel Park in Anne Arundel County. While having allowed Pimlico to deteriorate, Stronach invested tens of millions of dollars upgrading Laurel Park, which had 159 race days last year. Pimlico had 12.

The stadium authority recognized that the days of year-round racing at Pimlico were over, and proposed youth lacrosse and soccer games and drone races as activities to keep the racecourse from sitting idle.

Drone races? That tells you all that you need to know about the economic viability of rebuilding Pimlico.

None of this is to say that the site doesn’t deserve investment – it clearly does.

That 300-acre parcel presents a magnificent opportunity for a project that serves as a catalyst for the revitalization of the surrounding neighborhoods, something that a racetrack has never done – and never will. 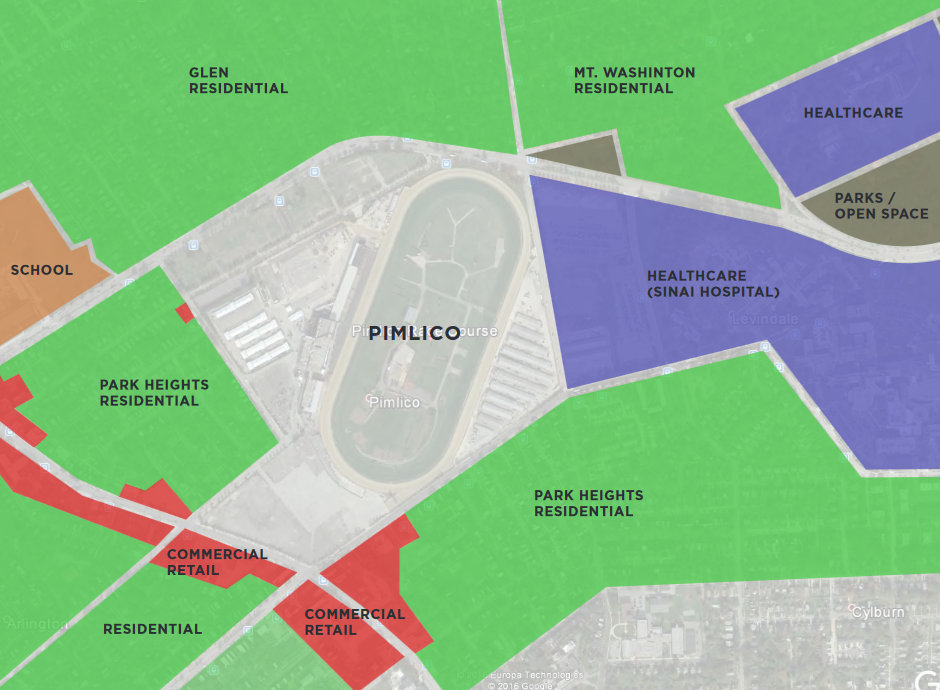 City and state money will be needed to redevelop that land once the racetrack is gone. Presented with a sensible plan, most citizens would approve of the spending. Smart leaders should come up with one.

The decisions on the Howard Street Tunnel and the Pimlico Race Course serve as litmus tests for whether city and state officials possess the vision, courage and clear-eyed realism to pull Baltimore back from the edge of an economic and social precipice.

The heyday of thoroughbred racing in Baltimore is over. Heaven help the city if, in the next few years, the same is said about its port.

– David A. Plymyer retired as County Attorney for Anne Arundel County in 2014 after 31 years in the office of law. He previously served five years as an assistant state’s attorney.