The development group seeking permission to tear down the old Martick’s Restaurant Francais building came away empty-handed yesterday after skeptical preservation board members told it to return with a plan to save some or all of the pre-Civil War structure or provide better proof that doing so would be “economically infeasible.”

“I would like to challenge the architects and the design team and the developers to make it work,” said Elizabeth Nix, a member of CHAP (Commission for Historical and Architectural Preservation).

“Get those numbers working! Use the grants! Be a hero in the community and in Baltimore!” Nix told Christopher H. Janian, who wants to include the 214 West Mulberry Street parcel in his group’s $30 million restaurant, retail and apartment project.

What was at stake was something hard to quantify, but that was discernible in the room in the suddenly smiling faces of board members as witnesses uncorked vintage stories about the old beatnik bar and its one-of-a-kind owner, Morris Martick.

“What do you recommend?” customers would ask, recalled James Rouse, who worked at Martick’s in the 1970s. “And Morris’ response would be, ‘Well, I recommend you try another restaurant!”

“So, he was a character,” Rouse said. “And the history of that place preserves a certain character in its architecture and its story, and I think that’s worth preserving.”

Ruth Turner, who said five generations of her family enjoyed the quirky Westside restaurant, held back tears as she told the commission that “it breaks my heart to think that Martick’s could go.” 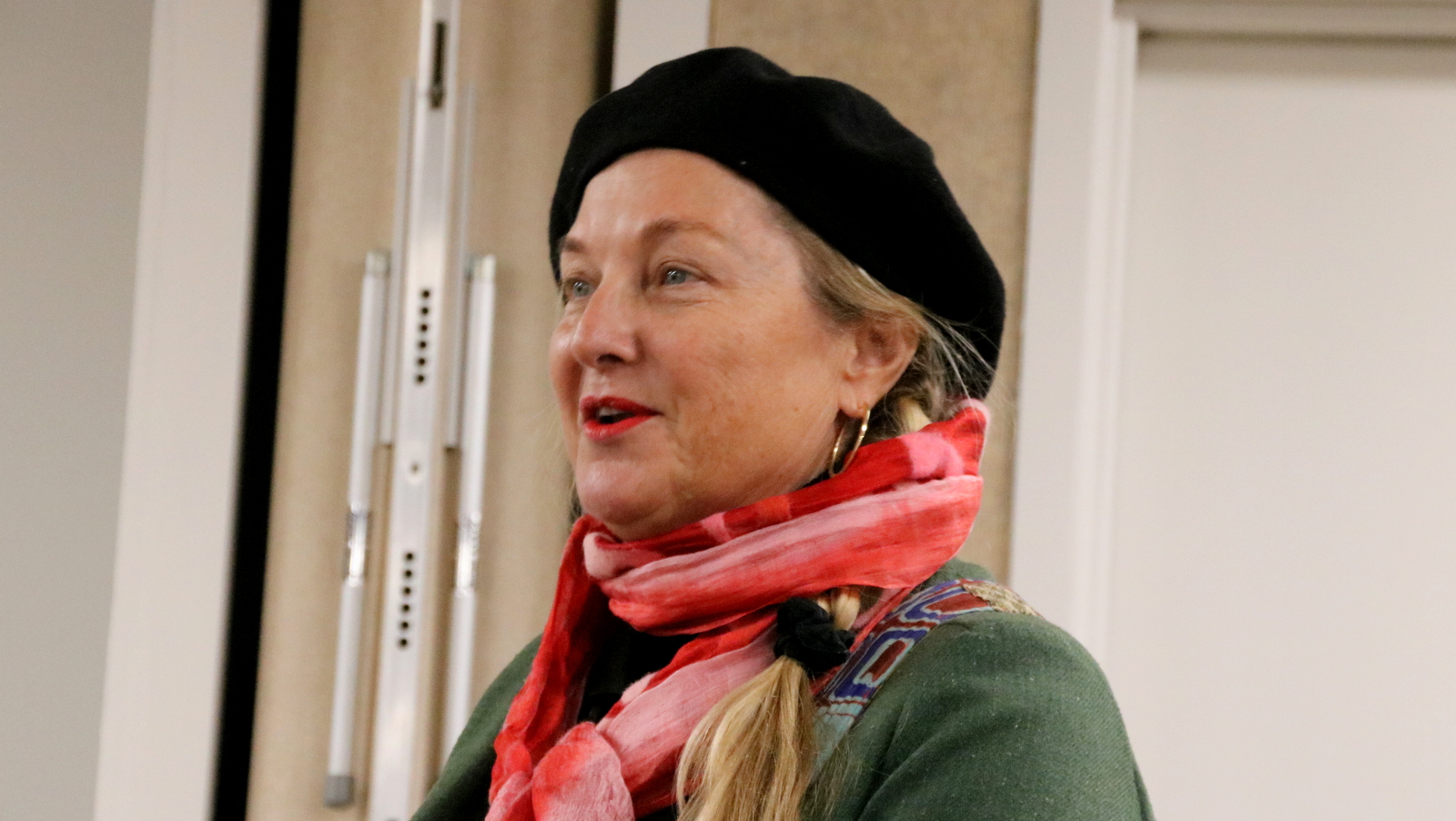 “So many things from my childhood, things that I cherished in Baltimore, have been demolished,” said Ruth Turner, speaking against the razing of the former Martick’s building. (Fern Shen)

Several of the demolition opponents made a point of praising the project for bringing the promise of revival to a moribund neighborhood.

An architect, Johnson also said, looking pointedly over at Janian, that he had worked to renovate old buildings “in much worse conditions than your engineer found.” 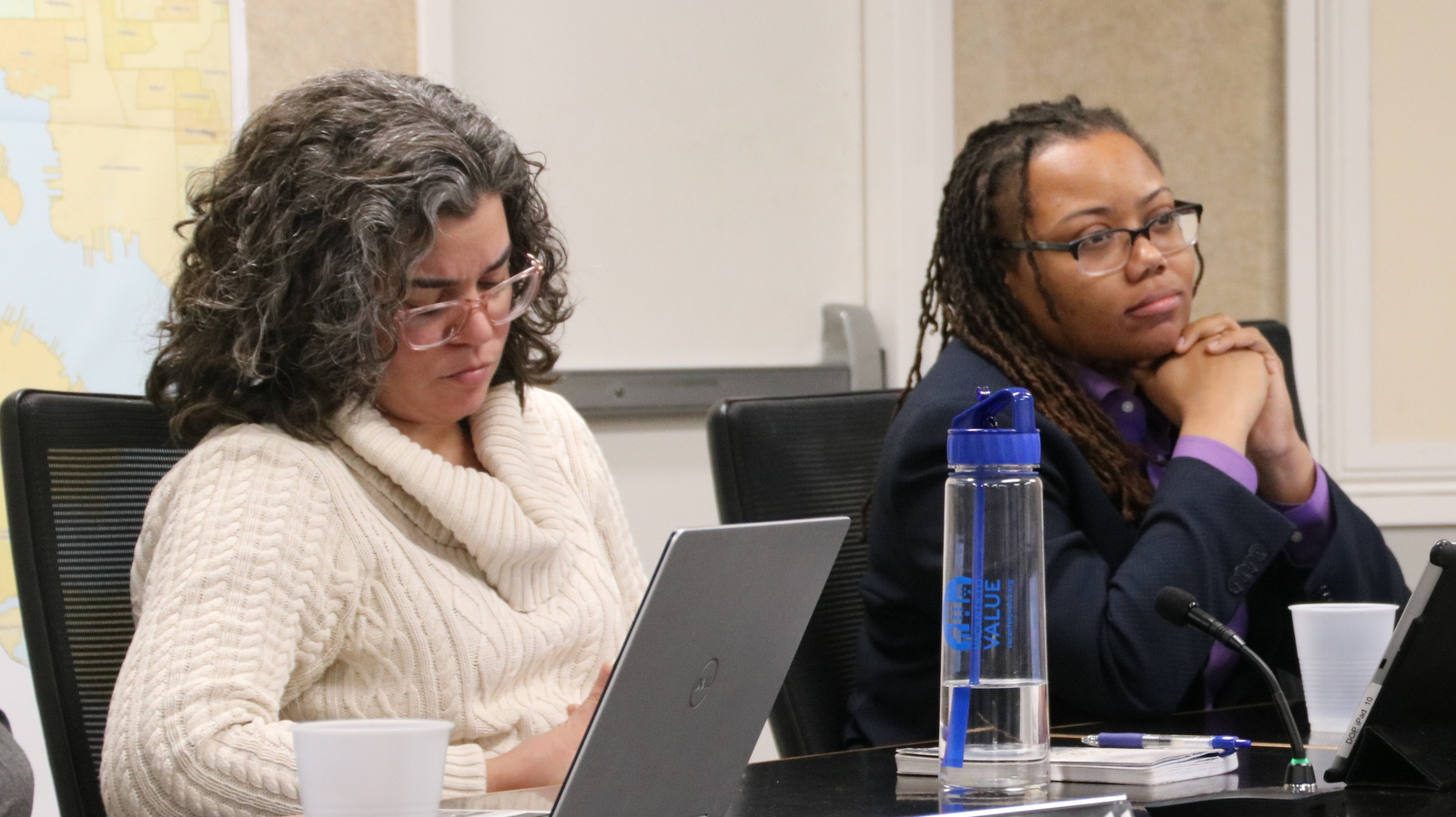 CHAP member Monica Rhodes (right) questioned whether community members had been fully engaged in plans for the redevelopment. (Fern Shen)

“We exhausted our options”

Janian, a former executive at H&S Properties Development Corp., said he understands people’s nostalgia for the old building, but that the Park Avenue Partners group could not undertake what he estimated was $1.1 million needed to rescue the property.

“We exhausted our options and [concluded] the only financially viable way to reactivate that space is to knock it down,” he said, promising a project that would “honor the spirit of Martick’s.” 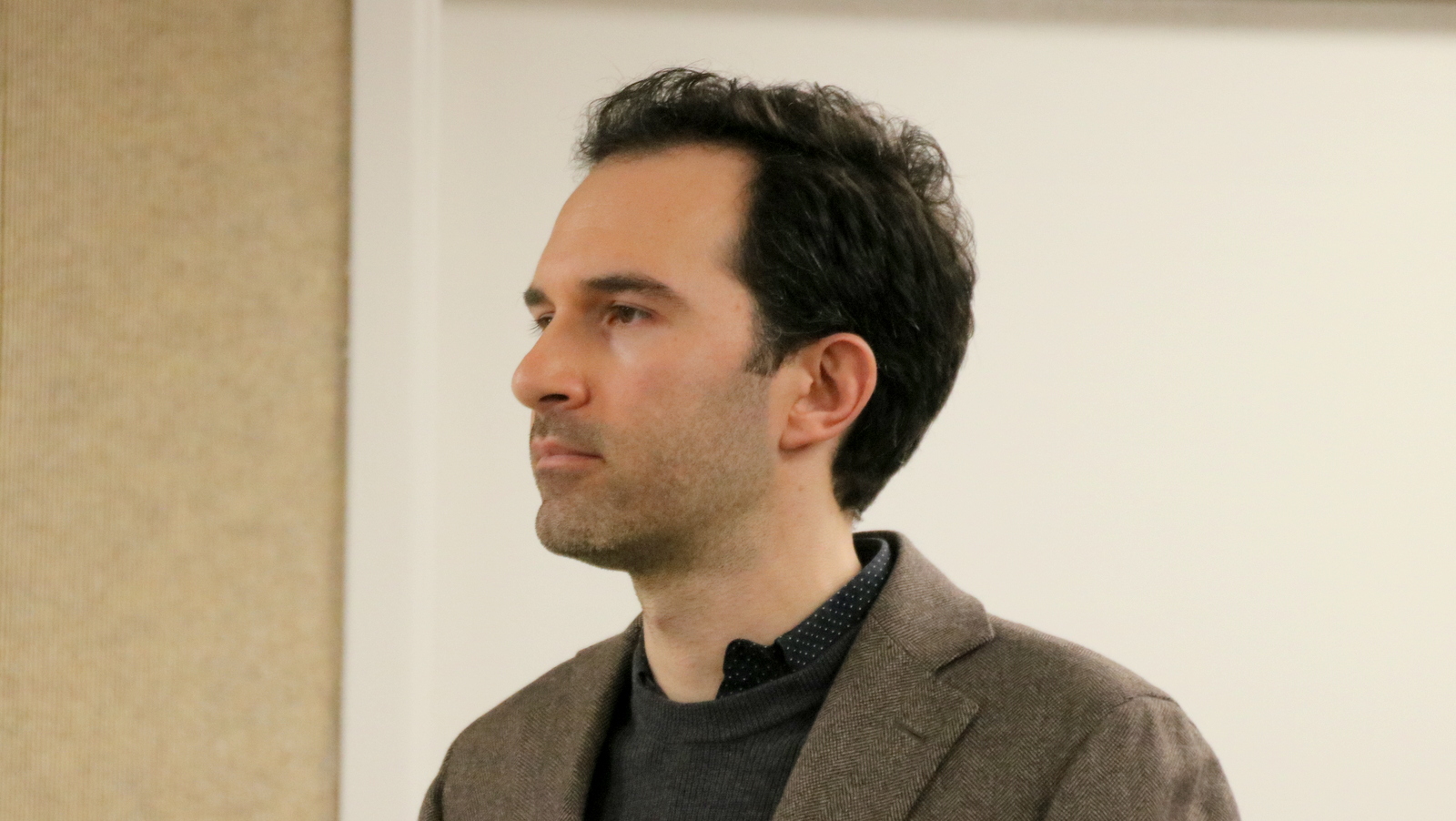 Speaking before CHAP, developer Chris Janian said the former Martick’s building would be too costly to preserve. (Fern Shen)

The engineering report the group presented to CHAP described the building as suffering from holes and cracks throughout, a partially collapsed chimney and deteriorated windows that have contributed to mold and rot.

“That block is in dire need of activation” 11th District Councilman Eric Costello said, speaking in support of the demolition request.

Speaking in opposition to the demolition, Johns W. Hopkins, executive director of Baltimore Heritage, cast doubt on the developer’s cost estimate. He described his frustration trying to get detailed information on the developers’ arguments from the preservation board.

Hopkins said CHAP gave him only a fraction of the 81-page engineers’ report, citing concern about proprietary information. (The agency referred him to the city Law Department, which told him on Monday that consideration of his request would take 10 days.)

“We, or any other member of the public, cannot offer an opinion on the methods the engineers used to go through the building, how they reached their conclusions that this was deteriorated or that was deteriorated, how the economist reached a conclusion of feasibility or not,” Hopkins complained.

“In the interests of fairness and due process” action on the developer’s request should be postponed until that information is produced, he added.

CHAP staff also recommended no action on Janian’s request, advising him to come back with more information.

• With Martick’s building slated for demolition, is it so long speakeasy? (1/4/19)

• Not even debatable, preservation board says, saving Martick’s for now (1/9/19)