As always at mayoral swearing-in ceremonies, the prominent and powerful came to yesterday’s at Baltimore’s War Memorial Building.

But some of those mobbing the stage to congratulate newly sworn-in Baltimore Mayor Bernard C. “Jack” Young were just eastside Baltimoreans, like Young, who had come to see one of their own step into the highest elected office in the city.

“I am going to go up on the stage. I’m going to do it! He practically raised me,” said Tia Johnson, describing how she grew up on Madison Street where Young used to live.

“He was always around the neighborhood, at barbecues and birthday parties, he talked to the kids, he’d talk to everybody,” said Johnson, who didn’t hesitate when asked what she expected from the new mayor.

“I’m hoping he can bring down the crime and get everybody’s hopes back up,” said the 43-year-old state employee.

“My name is Jack”

Johnson was articulating pretty much the same themes that got the biggest applause when Baltimore’s new mayor hit on them during his prepared remarks.

“For the people who don’t know me, my name is Jack,” the famously plainspoken Young said, waiting with a smile as the crowd cheered.

Referencing the crime and violence that continue to grip the city, Young said most citizens are law abiding and it’s only a small minority responsible for the murder and mayhem.

“It’s that 1% that keep all of us held hostage,” Young said.

“We need to flip that script and let them know that they are not going to take over this city. They’re not going to continue to shoot women and children.” 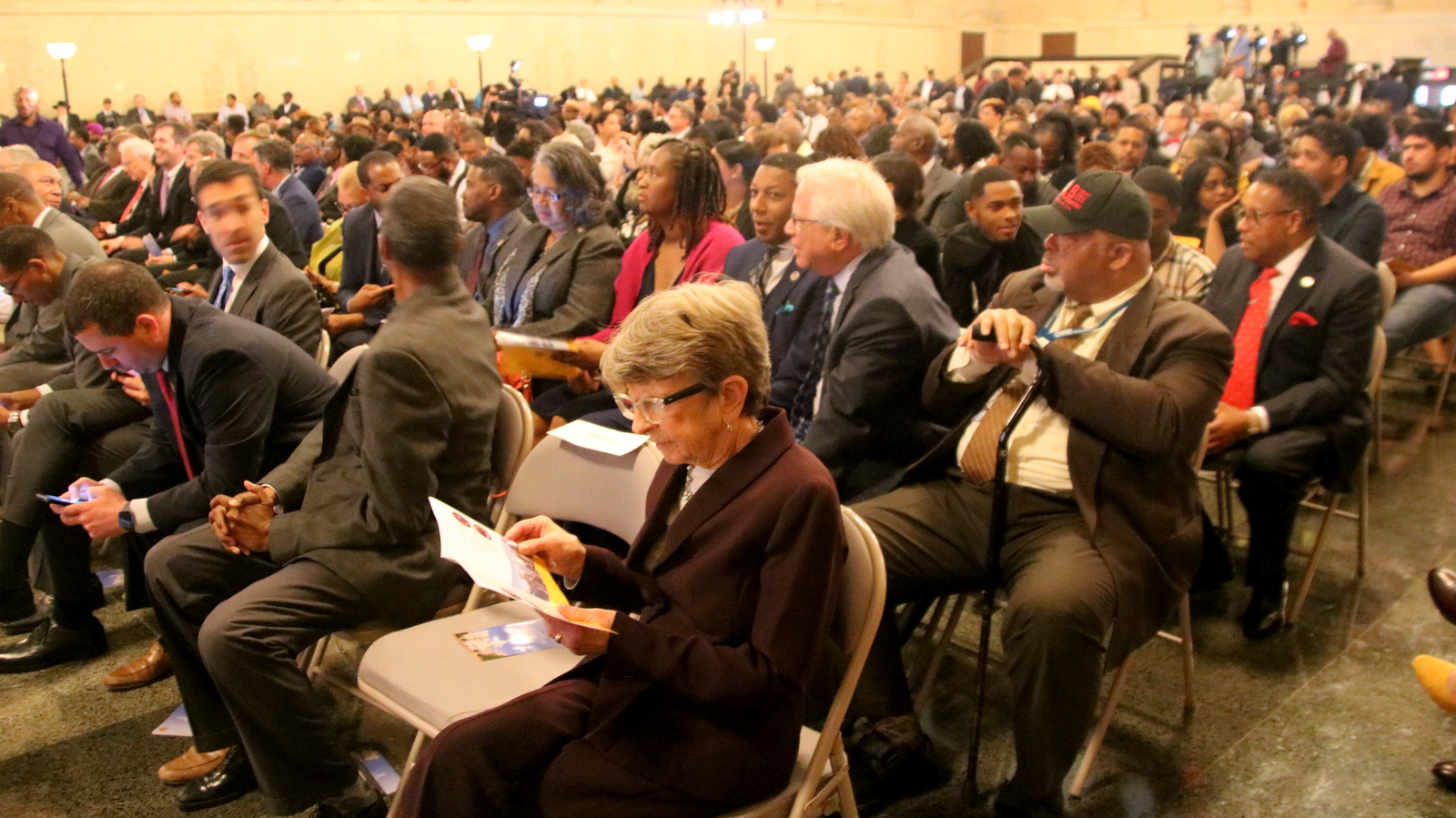 It was standing-room-only at the War Memorial Building. (Fern Shen)

Young also acknowledged, glancingly, the “self-dealing” corruption scandal that brought down his predecessor, Catherine Pugh, and propelled him into office.

“We’ve had our strength tested lately,” he said. “I have encountered a number of people who are weary, frustrated, angry and question whether Baltimore will ever catch a break.”

Pugh resigned a week ago after the FBI and IRS raided her home, City Hall and other locations around town following disclosures about her Healthy Holly children’s books.

But Young struck a hopeful note, calling city residents “some of the most resilient people around.”

“The people of Baltimore, much like this city, are made tough,” he said, reading from a teleprompter. 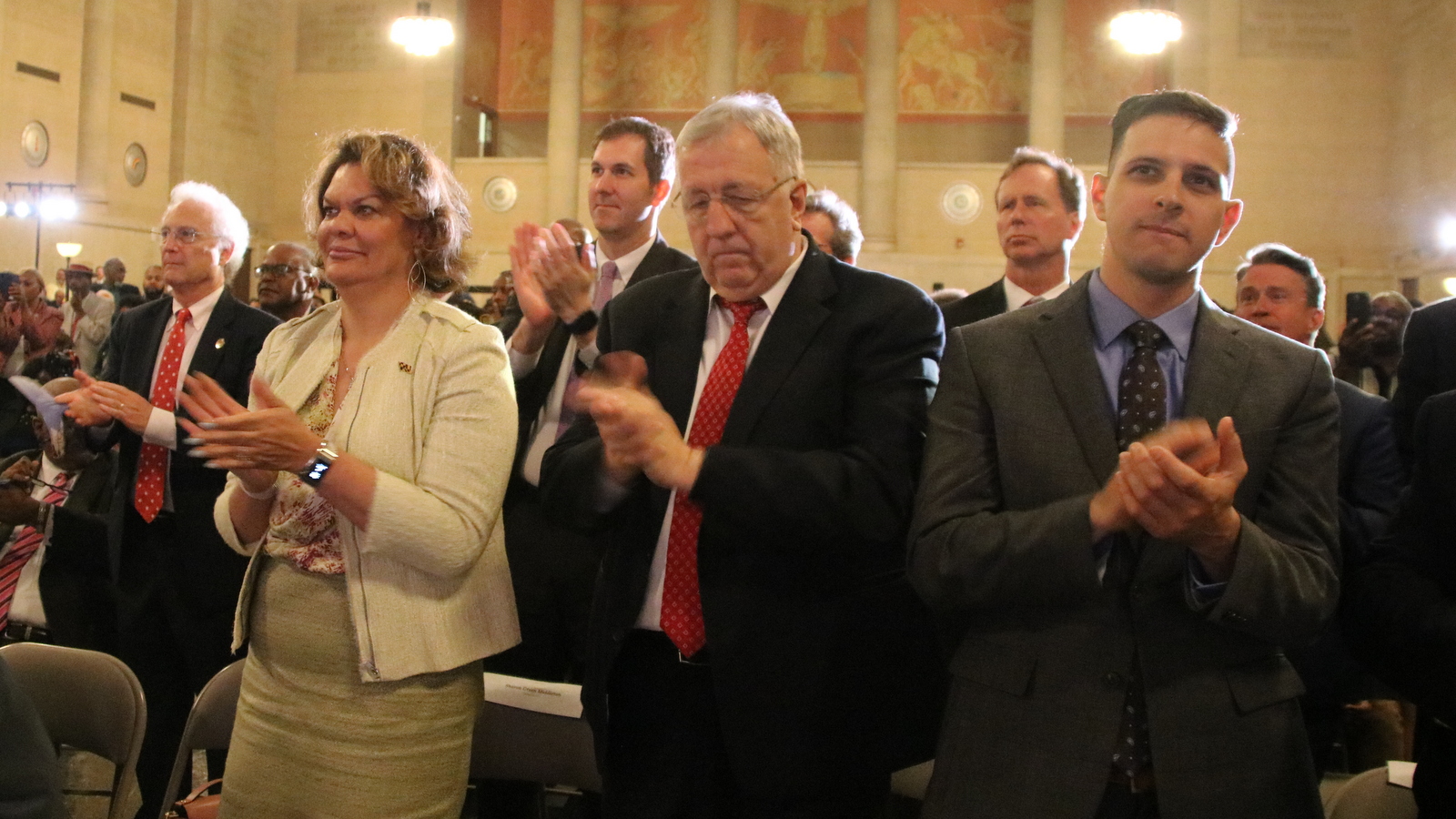 But some of the biggest applause came from the event’s unscripted moments, particularly when Young choked up as he acknowledged members of the City Council.

Gov. Larry Hogan rose to pat him on the back, and his wife Darlene came over to hand him a handkerchief. 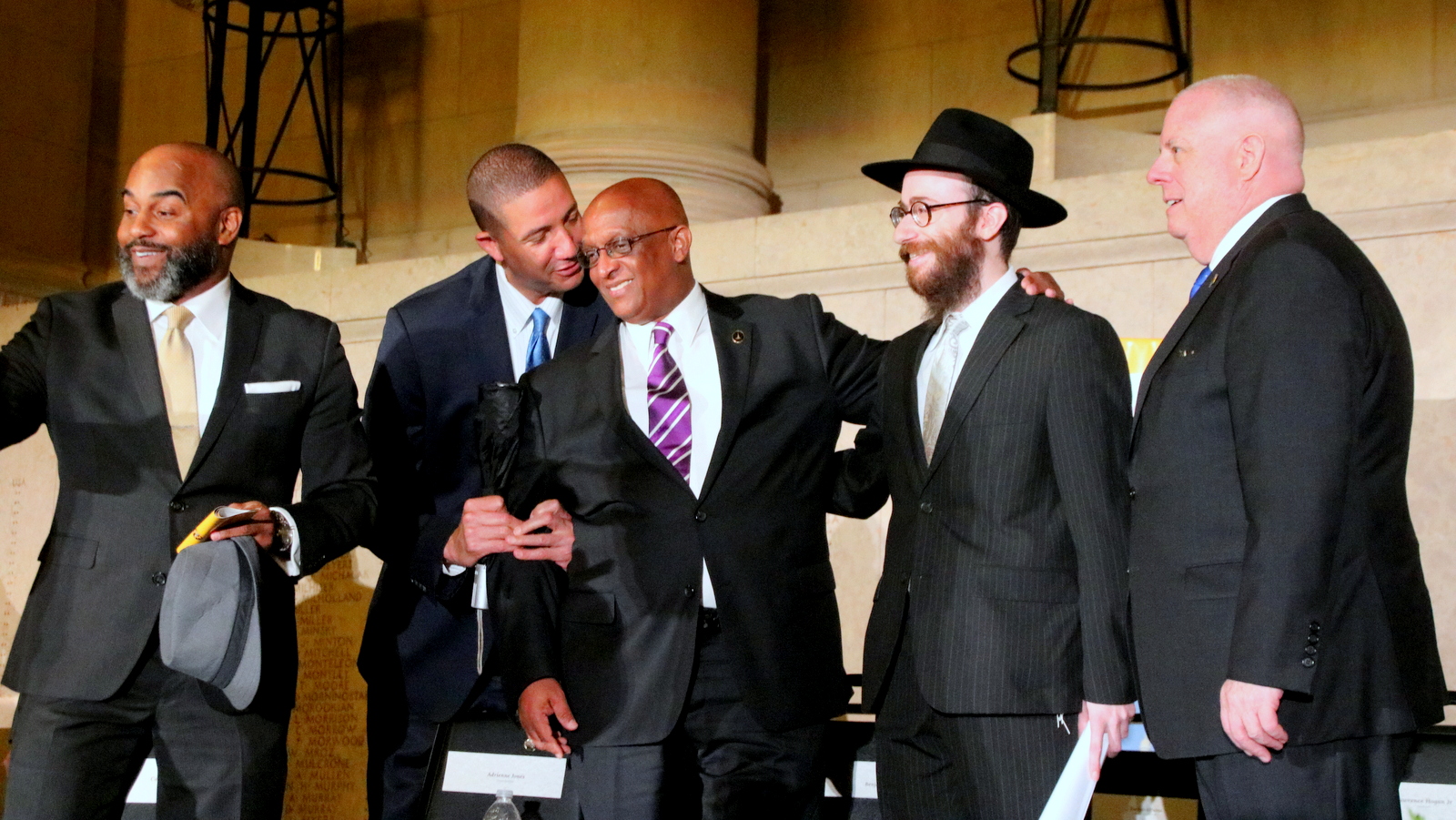 “We need an idea administration”

A longtime City Hall denizen – his service dates to back to the 1980s when he was a staffer to Councilmember Mary Pat Clarke – Young moves to the 2nd-floor mayor’s office at a tough time, as several speakers pointed out.

“But it’s not enough to do a litany of all the problems that are before us,” former U.S. Rep. Kweisi Mfume advised.

“What’s needed,” the Baltimore-born Democrat said, are “ideas and solutions that work.”

“So we want an idea administration, Jack,” he said, turning to Baltimore’s 51st mayor. “And trust me, you’ll have this whole city behind you day in and day out.”

But as Young himself pointed out, “I don’t have much time.”

Young has said he won’t seek re-election in the 2020 primary, while Dixon, who resigned in 2010 for embezzlement, has not said whether she will run again.

Listening to the applause that both politicians got yesterday, an out-of-town reporter made a prediction: 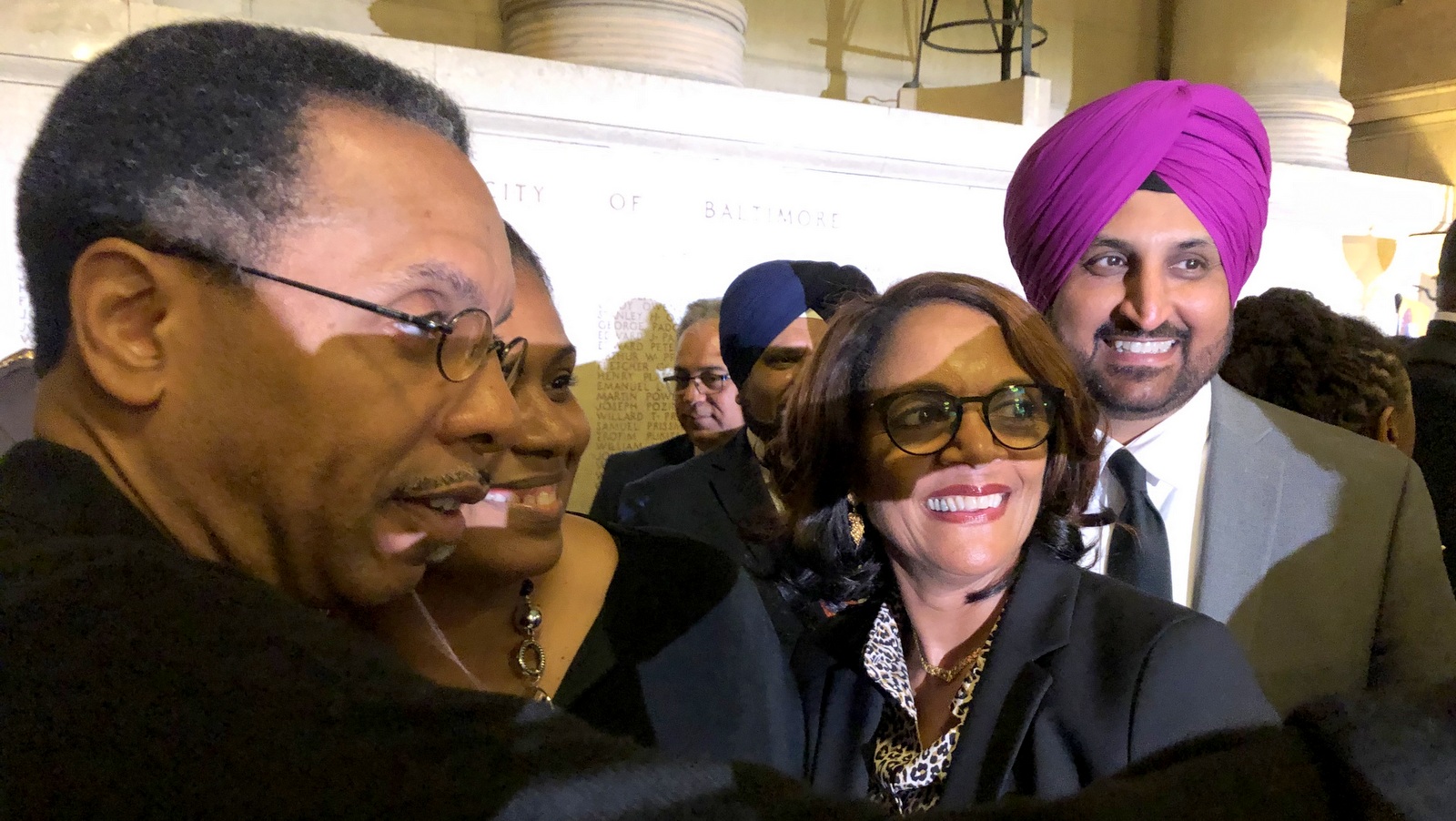