When Joe Kane holds his meet-and-greet Thursday night, he’ll have by his side an Annapolis lawmaker who was in the news a lot during the 2019 legislative session.

Delegate Maggie McIntosh, who voted for the Hopkins police force measure and sought unsuccessfully to become the House Speaker, is endorsing Ramos.

SEE UPDATE BELOW: With Ramos’ subsequent comments on the Hopkins police force legislation.

State politics may reverberate in the city but Kane and Ramos – and whoever else enters the race – will have their own stories to tell as the 2020 campaign for this North Baltimore district heats up.

(Needless to say, Kane and Ramos are both running as Democrats, the party that has dominated Baltimore electoral offices since the Civil War.)

Kane is a community activist, federal contractor and president of the Waverly Elementary Parent-Teacher Organization. Ramos is also a neighborhood activist, serving currently as executive director of the Community Development Network of Maryland and a Democratic State Central Committee member.

Endorsement by Clarke will be key.

The popular politician, whose tenure on the Council dates back to 1975, has not revealed whom she favors. 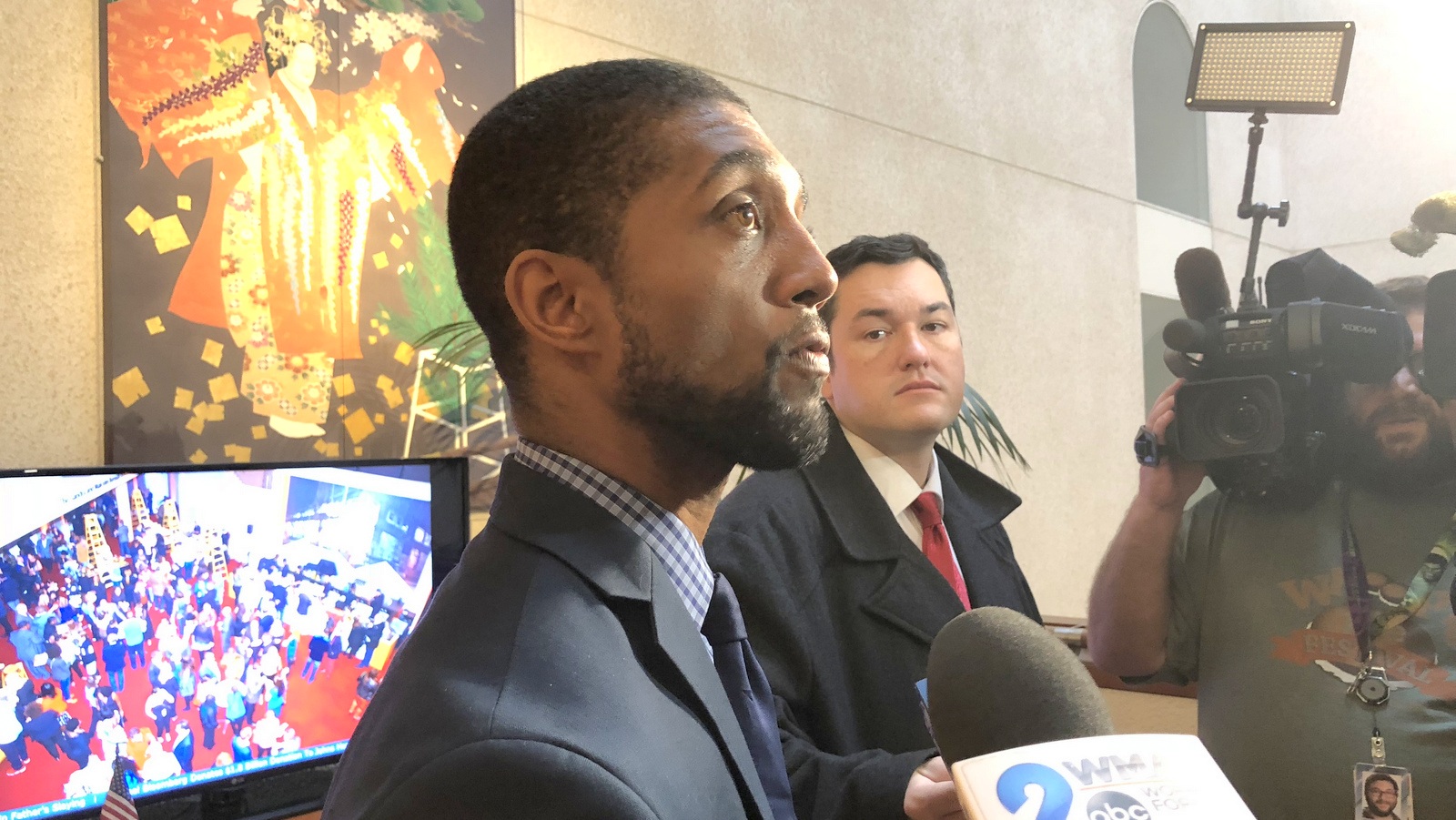 When Brandon Scott was named Council president until December 2020, it meant his 2nd District seat was up for grabs, too. (Fern Shen)

Annapolis alliances are part of the narrative of another vacancy created on the Council following the resignation of Mayor Catherine Pugh.

One senator’s sister and another delegate’s daughter will be among those making their case tomorrow night before a Council committee formed to fill the vacancy.

Danielle “Dani” McCray, a 2nd District Scott aide who is the younger sister of Senator Cory V. McCray (45th), is considered a front-runner for the position.

Chanel A. Branch, a state employee whose father is Delegate Talmadge Branch (45th), is also vying for the office.

Hovering in the background of this face-off is the reported lingering resentment over McCray’s defeat of  Senator Nathaniel McFadden, a Branch ally, in last year’s Democratic primary.

A senator’s sister and a delegate’s daughter will be among those making their case to fill Scott’s seat.

The DMV Daily describes it as “a dueling war between two political clubs,” noting Branch’s membership in the Eastside Democratic Organization and McCray’s co-founding of the BEST Democratic Club.

McCray and Branch will be among 22 people expected to appear before the Vacancy Nominating Committee, whose 13 members include Council members Shannon Sneed and Zeke Cohen, along with various 2nd District community leaders.

Under the process that Scott has outlined, the committee will conduct public interviews, then vote to recommend one name.

That candidate must then receive approval by the full Council. The person selected will hold the position until the winner of the 2020 general election takes office.

Scott this week released the names of the 22 candidates:

“I would have voted no”

On Facebook, Ramos distanced herself from McIntosh on the Hopkins police force legislation approved by the General Assembly this year and signed by Gov. Larry Hogan, saying if she had been a delegate she would have voted against it. 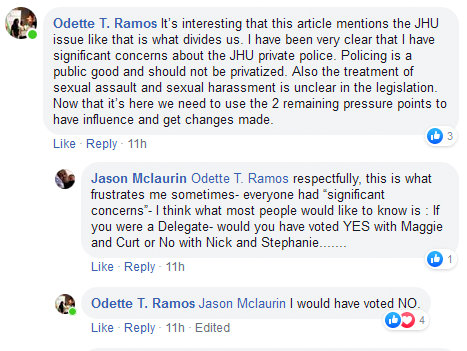 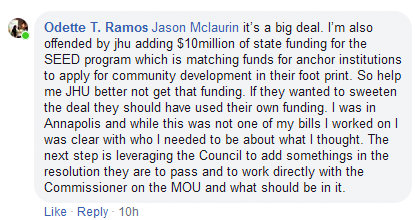