To this day, the mention of her name sends chills up the backs of many Baltimoreans. She is remembered as a person who made a difference in our lives; obviously, she understood her role in the community.

Universally known as “Lady Law,” Officer Whyte knew what it meant to be black, to be a cop, to live in Baltimore, and to be a black Baltimore cop.

Here in Sandtown, the epicenter of unrest after the death of Freddie Gray four years ago, we certainly have our own negative perspective on law enforcement.

Home to the Western District, we locals know a thing or two about that history. Yet, we also know of a cop or two who have carried the torch first held by Violet Hill Whyte.

One name that comes to mind is Sgt. Kirk Fleet. I’ve had many chats with Sgt. Fleet over the past years. He was typically stationed at The Avenue Market.

I can tell you that from a distance, he has the staunch, stoic image of a gladiator. A man not to be messed with. His rigid thousand-yard stare could pierce the thickest armor.

Despite the perception the community has of cops, people like Sgt. Fleet paint a different picture. He represents the character we like to see in our leaders.

We can sit around and complain all day, or we can roll up our sleeves and go out there and make a difference. After all, that’s what grown people do: They see a need and they fill it.

We all know about Freddie Gray. We know about the drugs bought and sold because we see it every day. But a lot of times, we miss the generosity and humanity that’s also before us.

Sgt. Fleet could have taken a “to hell with it” attitude a long time ago. Instead, he chose to give the most precious gift any of us can give – his time.

Before Sarge retired last year, he did what any good leader is supposed to do. He found some other cops who care to pass the ball and passed the ball to them – Evan Anderson, Charles E. Lee and Iris T. Martin. To me, these three officers represent the next generation of Violet Hill Whytes and Kirk Fleets.

While many people in the community may still be scared and leery of cops because of decades of traumatic experiences, these three are not of that ilk. In fact, I trust them with my life.

A wonderful ensemble of people will come together to bring a little bit of joy to this part of the world.

My very first experience with a cop was over on Warwick Avenue. I had broken the law. While the white officer was going to let me go, it was the black cop that said, “Lock him up.”

That could have made me jaded for life. However, it didn’t. Fortunately, I was wise enough to know – even at 18 – that you cannot make a blanket statement about any group of people. 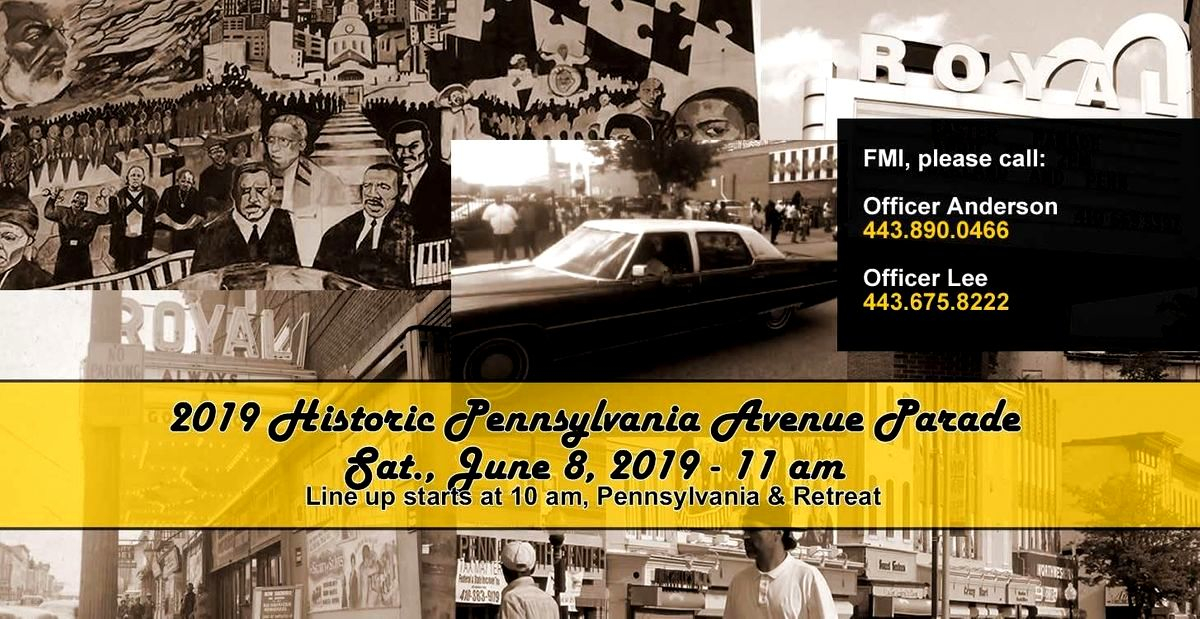 This Saturday, June 8, will kick off the first Historic Pennsylvania Avenue parade in nine years. It will start at Retreat Street, two blocks north of Penn North, at 11 a.m. and end at Robert C. Marshall Field at Dolphin Street. A music festival is to follow.

I am very proud to announce that Officers Anderson, Lee and Martin spearheaded this effort.

A wonderful ensemble of people – including 10 marching bands and the Baltimore County Corvette Club – will come together to bring a little bit of joy to this part of the world.

These officers have gone in their own pockets to serve the community in many ways. I have seen it with my own eyes. Just last week, I watched as a young brother came up to Officer Anderson and told him that, finally, he’d found a job.

The happiness on that young man’s face was priceless. He was proud to tell this cop the good 4-1-1.
___________________________
Doni Glover, the publisher of bmorenews.com, is a volunteer at Saturday’s parade. A news talk show host and entrepreneur, he is the author of Unapologetically Black.