It’s been 95 years to the day since five teenage musicians – members of the Evening Sun Newsboys’ Band – died in a fire on a boat in Chesapeake Bay.

And it’s been a year since five members of the Capital Gazette staff were killed when a gunman opened fire in their Annapolis newsroom.

This morning, 25 people assembled at the memorial to the newsboys at Baltimore’s Loudon Park Cemetery to lift a glass to all of them. 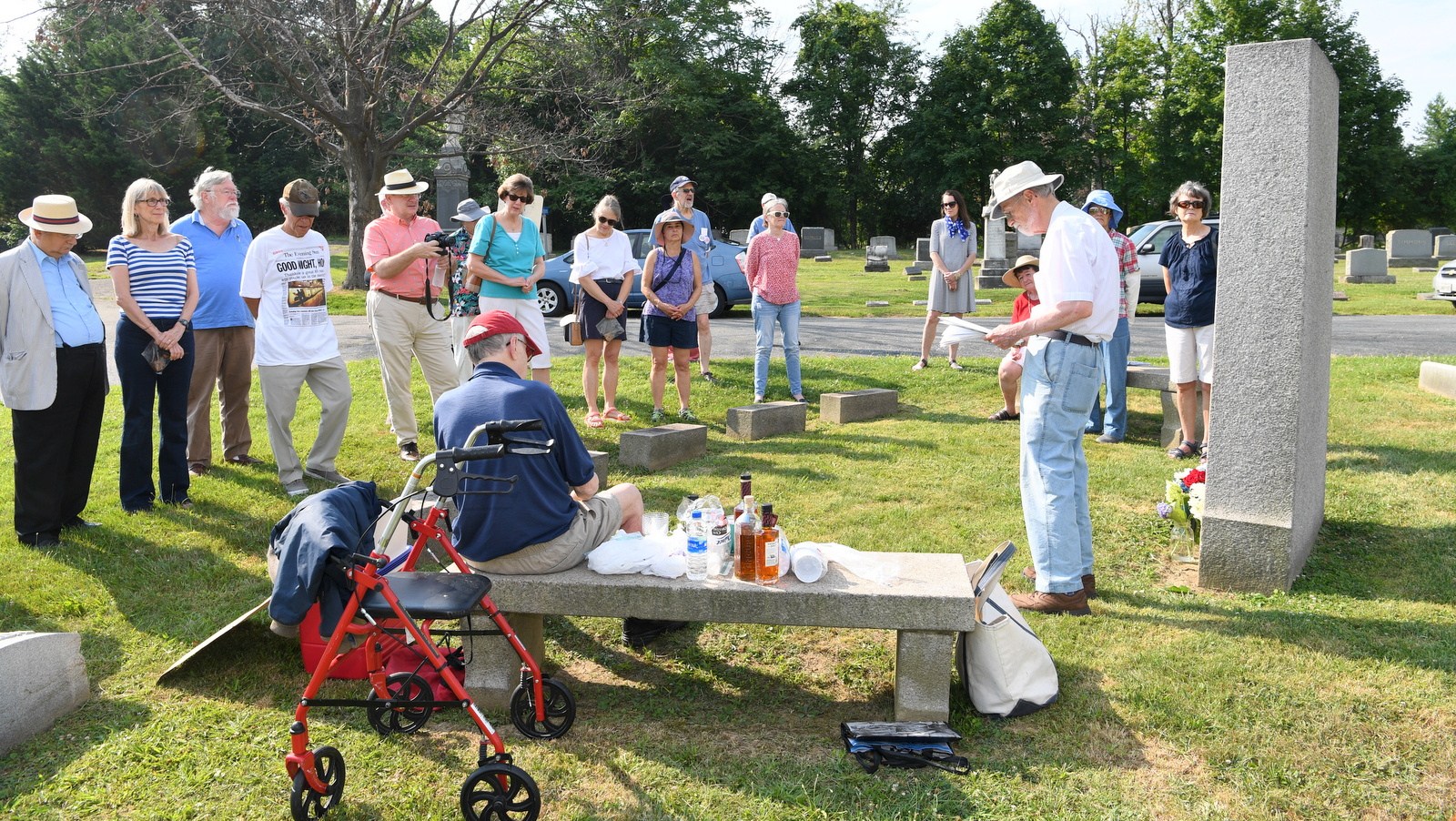 The 2019 ceremony to remember the Evening Sun Newsboys’ Band members who perished in a fire and the Capital Gazette staffers who died in a newsroom shooting. (Jim Burger)

The people who gathered under a hot sun – it’s a tradition that goes back more than 20 years – are mostly former reporters and editors who feel a bond with those we lost on July 4, 1924 and June 28, 2018.

The newsboys were on their way home from a free Independence Day concert they put on in Crisfield when their steamboat burned:

The Gazette folks were in the office, doing their jobs: 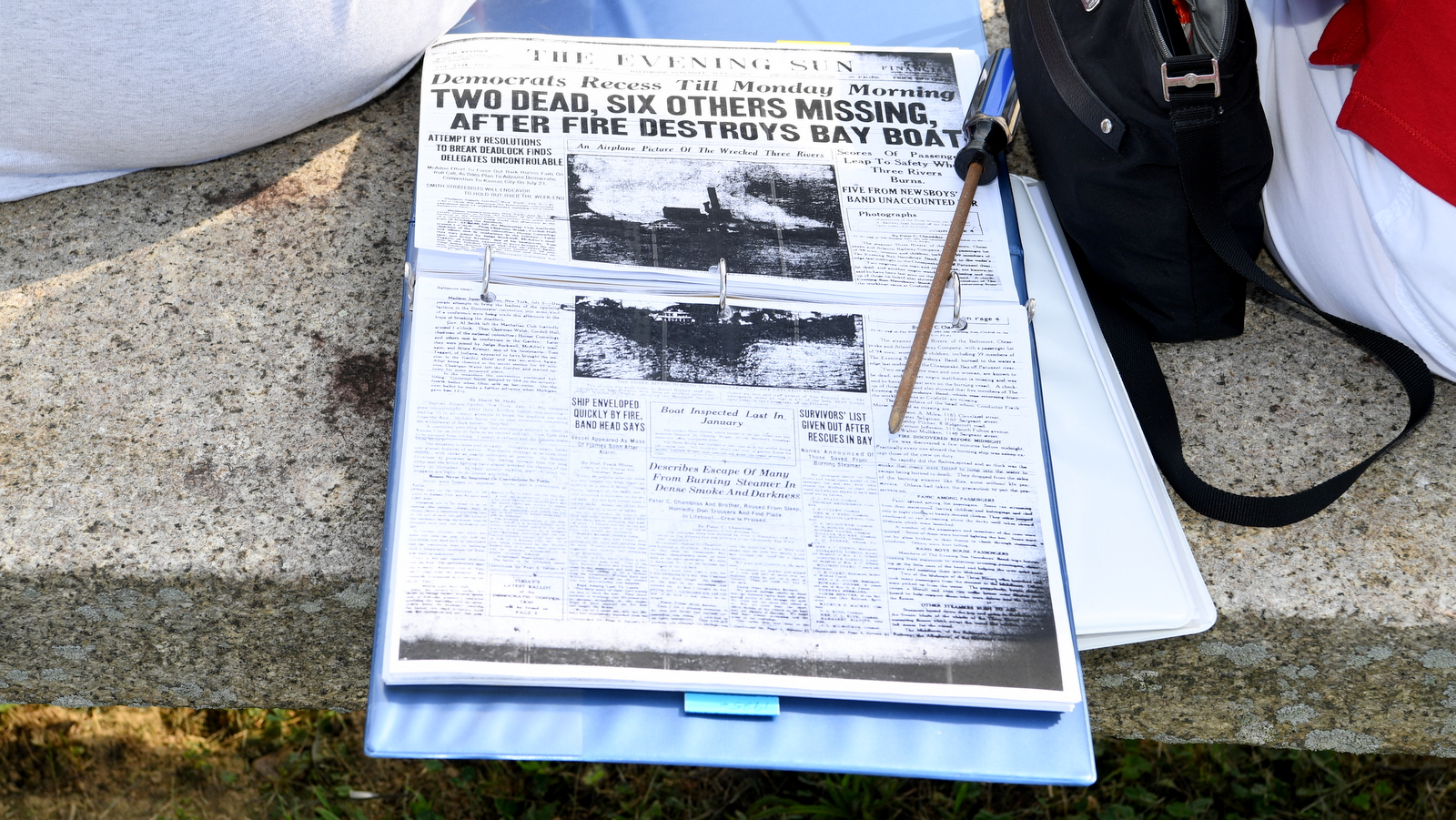 A copy of the Evening Sun’s front page. (Jim Burger)

Hats off to those who keep the tradition going.

Here’s what one of those people, Jim Burger, a former Baltimore Sun photographer, wrote on Facebook today, along with pictures he posted of today’s ceremony:

We gathered at the monument to the five members of the Evening Sun’s Newsboys Band who died in a fire aboard the bay steamer Three Rivers on July 4, 1924. They were returning from playing a free concert in Crisfield, MD.

For many years, the newspaper would place a wreath there at Christmas, and flowers on the Fourth of July. But such things cost money, and in time, the extravagance was cut from the budget. In 1994, some Evening Sun folks thought it was a tradition important enough to keep, and have been visiting ever since.

Ernie Imhoff, the Evening Sun’s former managing editor, related the story of the tragedy, and David Cohn, from the features department, read the names of the boys.

This year we added the names of those who died at the Capital Gazette. There’s talk of erecting a monument to them on the site – I hope it’s not just talk.

I’m sure it’s possible to get old newspaper people together and not have alcohol; I’ve just never seen it. So out came the bottles of scotch and rye. We raised a glass to those who have gone before, but also took the opportunity toast our friendships.

To that end, I remind the reading public that this Sunday, July 7, from 3-6pm you are invited to a book launch at the Union Brewing Company in honor of Rob Hiaasen who perished in the Capital Gazette shooting last year.

The new book, Love Punch, is a collection of his columns. Come. Drink beer. Mingle with celebrity readers such as David Simon and Kevin Cowherd. 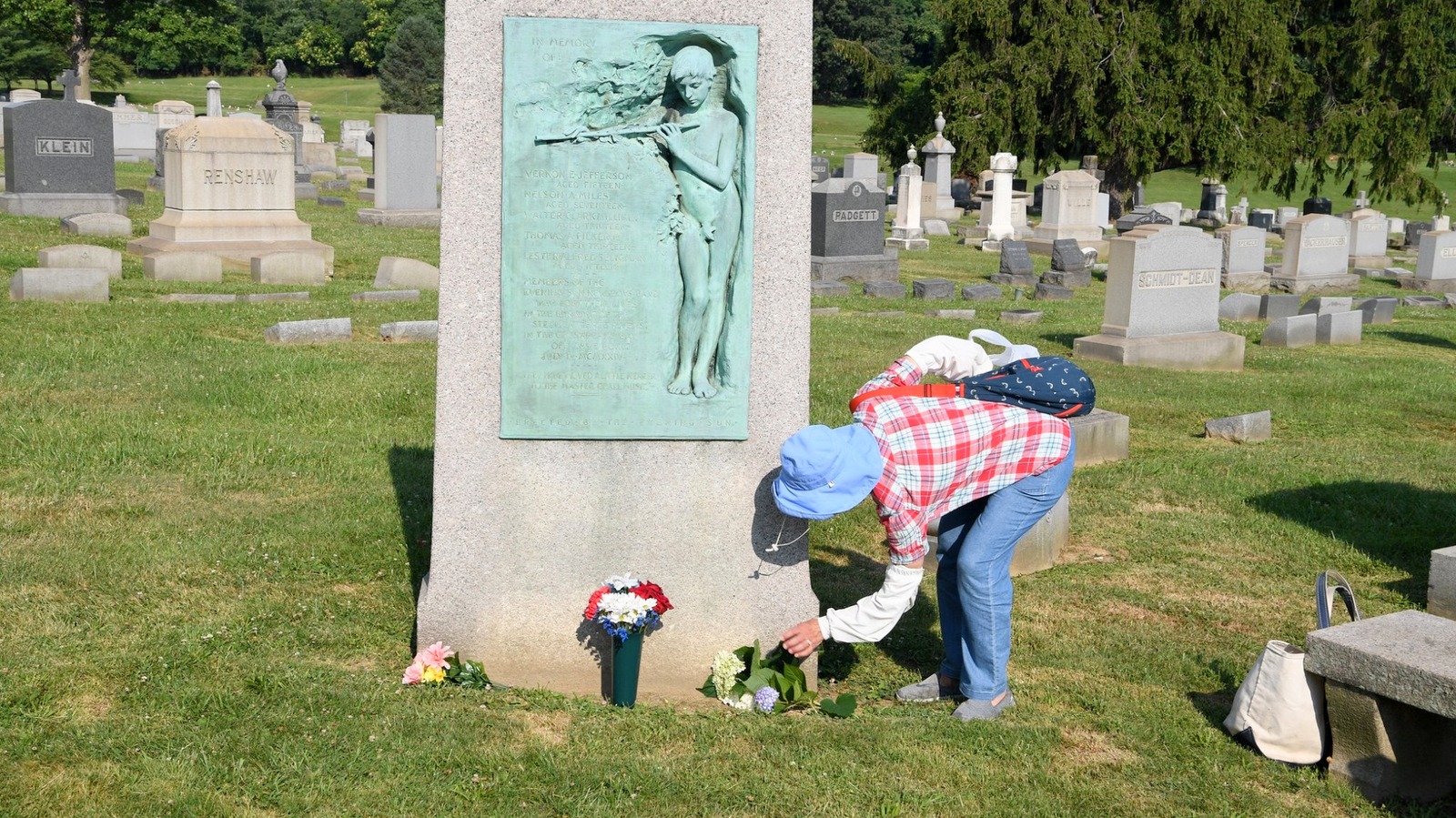 At Baltimore’s Loudon Park Cemetery, paying respects at the monument to the five members of The Evening Sun Newsboys’ Band who died in a July 4 boat fire in 1924. (Jim Burger)