Despite vows that he has no interest in running for mayor in 2020, Bernard C. “Jack” Young is letting it be known to financial backers that he is seriously planning a mayoral bid.

UPDATE: On July 9 – or a day after this story was posted – Young confirmed his interest in running for mayor to the Baltimore Sun.

In public statements since he assumed office as Baltimore’s mayor after the resignation of Catherine Pugh, Young said he would fill out her term, then seek his prior elected office as City Council president.

But, privately, he is talking to a select group of potential donors about lining up support for a mayoral run that could be portrayed as a “draft Jack” movement, arising from popular demand, in the coming months.

“Jack is saying, ‘Keep your powder dry – I’m thinking about it.’ And for Jack to say that makes me believe he’s definitely running,” said a source well-connected in fundraising circles.

Another insider told The Brew, “It’s going on behind the scenes. Jack wants to run and thinks he has the money to do it.”

Both asked not be to identified because of the sensitive nature of Young’s private discussions.

An elected official added this appraisal, “I’m sure he’s wrestling with some of the costs that come with it to your family and the added scrutiny. But again – this is off-the-record – if he goes in, he’s the person to beat.”

Young and Costello reportedly met with several deep-pocket donors as recently as last Monday at the Loch Bar, at Four Seasons Baltimore, to discuss logistics and financing.

Costello denied that he was at the bar or was involved in any campaign discussions. “This is the first time I’ve heard of this,” he said.

The bar is co-owned by Alexander F. “Alex” Smith, grandson of John Paterakis, the bakery magnate and Harbor East developer who died in 2016.

For years, the Paterakis family and friends have been one of the go-to “bundlers” of campaign contributions. In 2016, they backed former Mayor Sheila Dixon with a large infusion of cash during the primary, then switched their allegiance to Catherine Pugh after she defeated Dixon.

Smith said in an email exchange with The Brew, “I have not met with Mayor Young recently as I have been in Houston the last month opening two new restaurants.”

He said he planned to wait to see who is running for mayor and “make a decision in the fall.”

“From what I hear,” he added, “there is a tremendous amount of interest in this election from a wide variety of candidates.”

Young’s office did not respond to questions from The Brew about his political intentions.

After several days of specific queries about a mayoral run, a spokesman issued this statement today: “We don’t have anything to add on the political front.”

Young’s entry into the mayoral race would change the political calculus of a half dozen Democrats who harbor ambitions to become mayor. All are Democrats who would face off in the April 28, 2020 primary.

The primary victor would become Baltimore’s de-facto next mayor given the 10-1 advantage of Democrats over Republicans in the November 2020 general election. 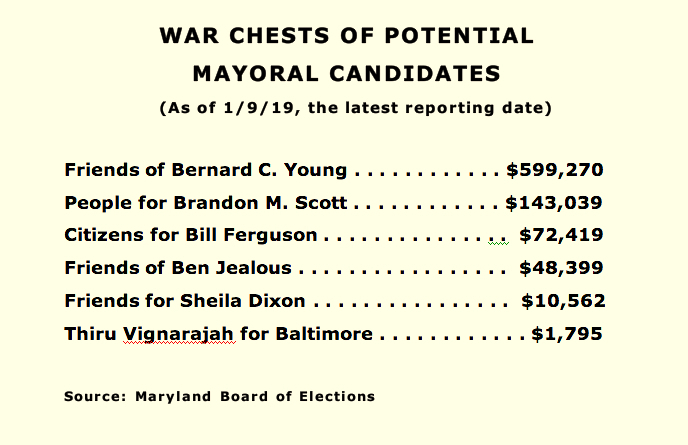 “It’s really strange right now,” mused one of the people who is “assessing” whether to run for mayor.

“I’m hearing this about Young, then I’m hearing that. Nothing’s definitive. People are waiting to see what other people do.”

So far, the only widely-known Democrat who has declared his candidacy is former prosecutor Thiru Vignarajah, who lost to Marilyn Mosby in the 2016 state’s attorney race. (Other declared candidates include Will Bauer, Ralph E. Johnson Jr., and Dante Swinton.)

A few dark horses have also been cited in political circles.

Jealous recently purchased a condominium in Fells Point. Smith is not a resident of Baltimore, a requirement under the city charter, and has not formed a political committee.

First District Councilman Zeke Cohen, whose name is sometimes floated as a 2020 mayoral candidate, told The Brew is not in the running. 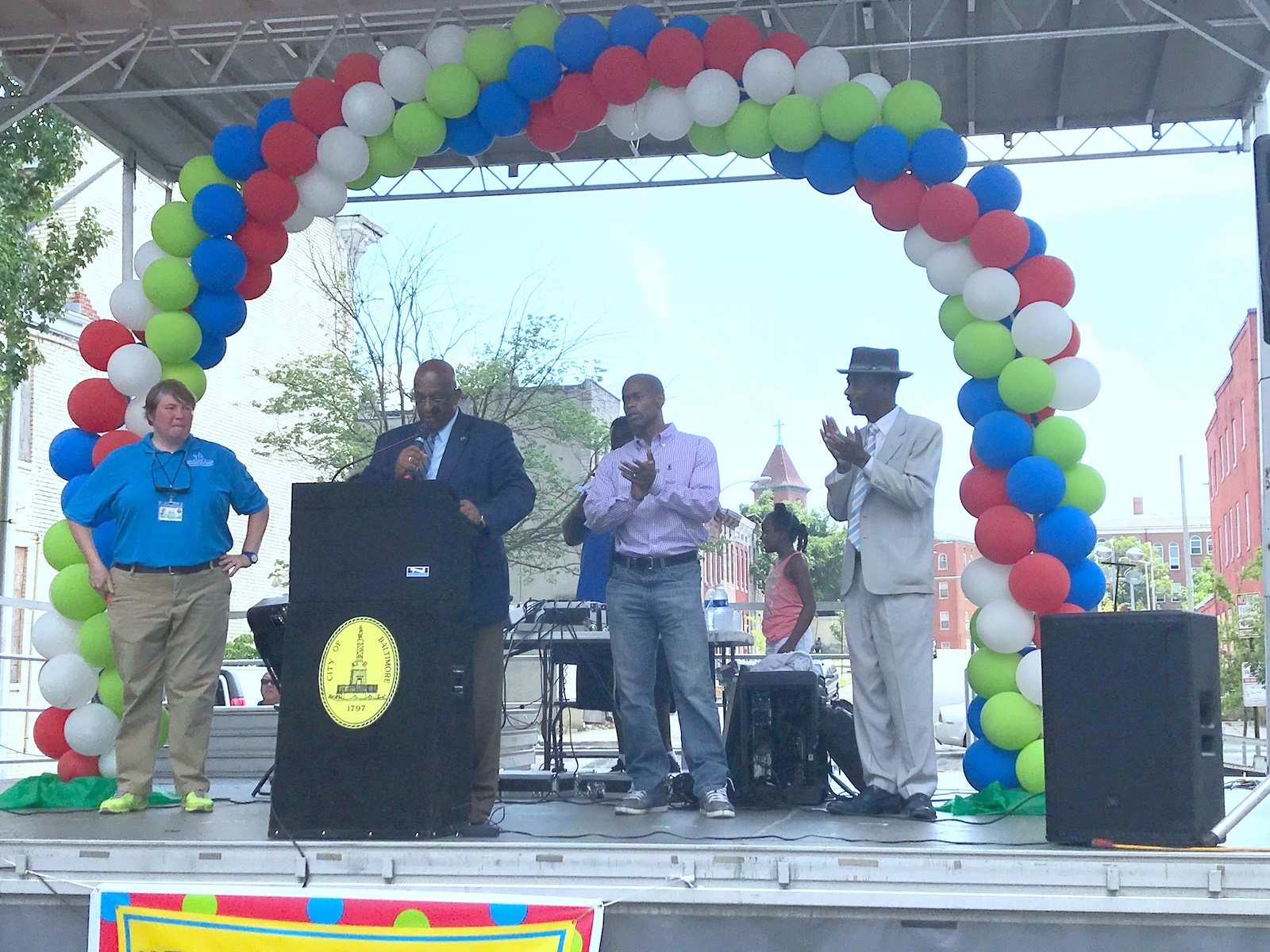 Young became acting mayor on April 1 after Pugh took a medical leave of absence amid revelations about her Healthy Holly books and questions about renovations done to her house in Ashburton.

Formally sworn in as mayor on May 2 when Pugh resigned, Young told reporters that while he had once harbored ambitions to be mayor, he had come to realize the Council presidency was the job he wanted – and the only one he would seek in the 2020 election. He has since reiterated his interest in returning to the Council.

Since he became mayor, the 65-year-old has mostly stayed outside the glare of publicity as press attention had focused on violence in the city and the ransomware attack that crippled parts of local government.

The new mayor has made minimal changes to the Pugh cabinet – switching some upper managers to new positions – and has not spelled out any major new initiatives.

He has vowed to tackle Baltimore’s violence by holding parents accountable for their children, saying in an interview last month, “Citizens of Baltimore. . . have to look within their own families because they know who are doing the shootings.”

In the same interview, he criticized the school system for stressing traditional academic learning over vocational training.

Whether he runs for mayor or as Council president, Young can count on an impressive war chest.

Most of the cash funds were collected during Young’s 2016 run for Council president, where he faced minimal opposition.

In 2017 and 2018, he collected $199,000 in funds, according to campaign reports filed with the Maryland Board of Elections. Keith Timmons, who set up Pugh’s Healthy Holly LLC, remains as Young’s campaign treasurer on official documents

Few of his funds come from small donations or from “regular” Baltimore residents.

Instead, the vast majority are at the $500 level and above, raised from contractors, developers, engineering companies, lawyers and others that do business with the city.

Recent donors to his campaign committee include:

Another contributor is Halp Development, associated with Howard L. Perlow, founder of the Maryland Party in Las Vegas that attracts Young and other politicians during the International Council of Shopping Centers convention in May.

Developers and others will pay as much as $15,000 to help sponsor the party.