So declared Sean D. Davis, chairman of the Baltimore Planning Commission, before the panel slashed from $182,800 to $91,400 the fee faced by Mercy High School for illegal tree cutting at its northeast campus.

Davis said an initial mistake made by the city housing department – namely, issuing a grading permit despite the school’s failure to submit a required forest conservation plan – represented half of the blame for the destruction of 1,526 inches of mature trees.

The trees were removed in February and March to make way for a $4.3 million, state-of-the-art athletic stadium.

“The applicant acted on good faith” in securing the permit, Davis told the commission yesterday, but the school and its consultant, Century Engineering, then erred by continuing to clear the trees when told by city officials to stop.

The commission’s approval of the new settlement reverses its 3-2 vote in May to accept the $182,000 fee recommended by the planning department.

At that meeting, Davis and outgoing commissioner Davon Barbour opposed the assessment, as did 4th District Councilman Bill Henry, who objected to the size of the fee in public testimony. 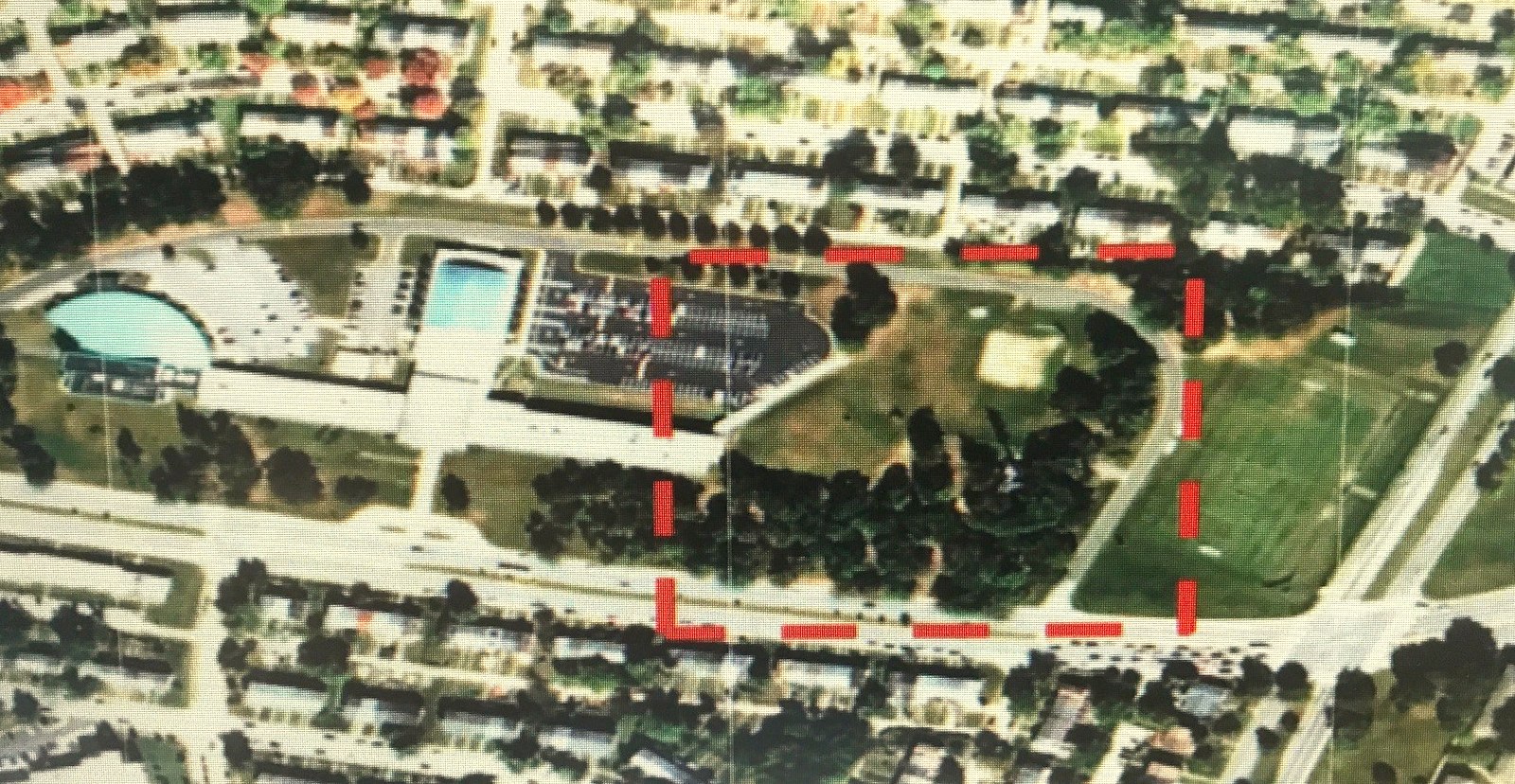 Site of the tree removal (broken red line) to make way for a new sports stadium. The 26-acre campus is bordered by Northern Parkway and Loch Raven Boulevard. (Baltimore Department of Planning)

On July 11, the issue returned to the commission’s agenda as Mercy asked for a “reconsideration,” and Davis argued that the first vote barely met the body’s quorum requirements.

With four new members in attendance, the commission voted 4-3 to task Davis with negotiating a compromise agreement with the Catholic girls’ school.

• Planning Commission reconsiders its fine against Mercy High School (7/12/19)
__________________________
Instead, Mercy will be permitted to work with the planning department “to determine how the payments in lieu are handled. Whether it be payment, whether it be new plantings, whatever. We will leave it up to them [Planning and the high school],” Davis said, before concluding: 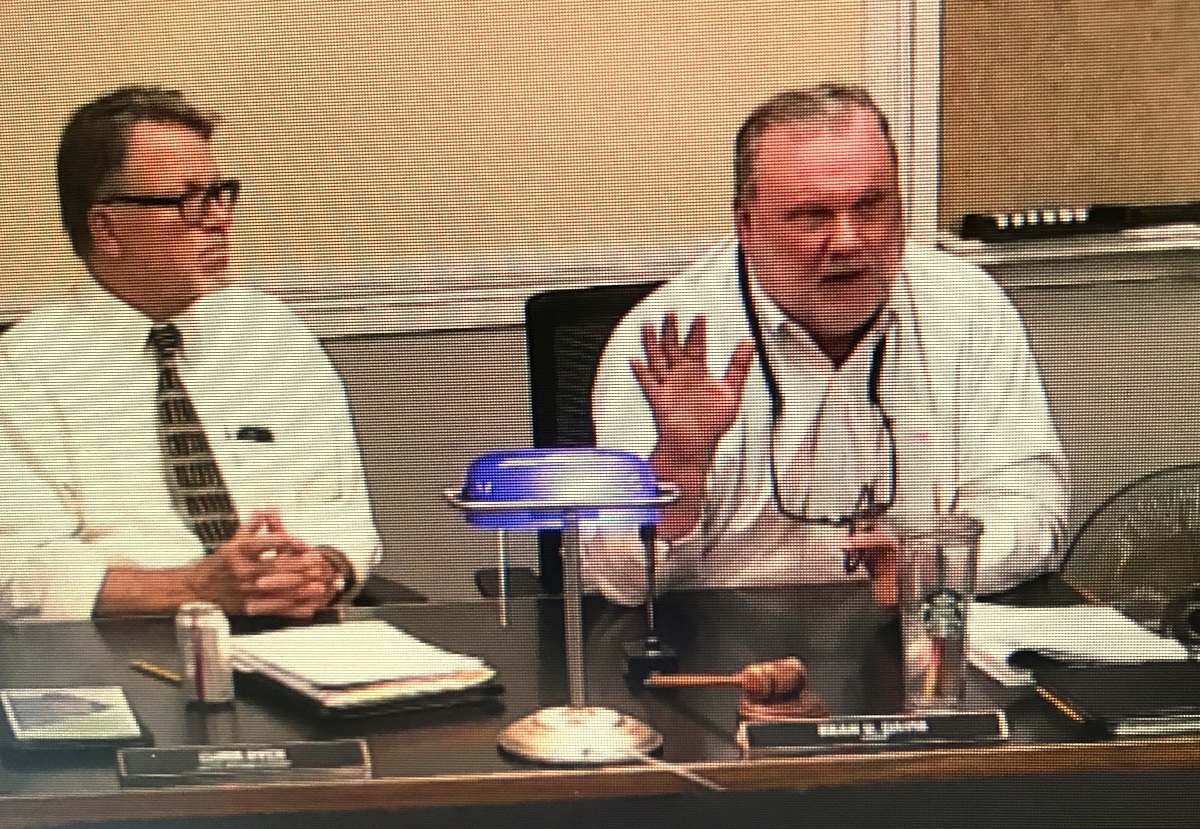 Sean Davis addresses the Planning Commission yesterday. To his left is Chris Ryer, director of the Planning Department, which recommended the original $182,000 fee against Mercy be reaffirmed by the commission. (Livestream)

Al Barry, a lobbyist for Mercy and Century Engineering, expressed satisfaction with the decision. “I want to thank the commission for the reconsideration of the vote and the fair negotiation handled by your chairman.”

Saying that Mercy is “anxious to begin use of the athletic field, which is a beautiful premier facility in North Baltimore for a premier high school,” Barry argued that his client demonstrated “a lot of good faith” throughout what he described as a flawed process.

“This sets a dangerous precedent for the behavior of developers,” said Katie Lautar, executive director of Baltimore Green Space and one of nearly a dozen speakers and letter writers who opposed the reduced fee. we are repeatedly in the middle of incompetency on the part of the city when it comes to protecting our forests

“We are repeatedly in the middle of incompetency on the part of the city when it comes to protecting forests.”  – Arborist Amanda Cunningham.

“We recently gained 1% tree canopy, and 20% of that is from land like this where development projects like this one can be implemented,” Lautar said. “Not to enforce what is dictated by the conservation law is the wrong direction for our city to go,” she said.

“If the city hadn’t made a mistake, we wouldn’t  be here,” Davis argued back. “The city issued a permit. I’d really, really like to know how that happened. So there is no precedent in my mind unless we falsely issue another permit.”

Amanda Cunningham, an arborist and member of the Forestry Board, said her group also supported the original fine.

“The forest conservation act has been in place since 1991, and engineering and design firms such as Century Engineering and JMT [a second firm hired by Mercy] are quite aware of the requirements of the law.”

“But we are repeatedly in the middle of incompetency on the part of the city when it comes to protecting forests. This could be selling public land. It could be giving permits to utility companies to rape our city forests,” she continued, alluding to the Board of Estimates’ approval of BGE’s new gas pipeline through Leakin Park.

“We are watching and we are learning how Baltimore City administrators handle our trees and forests,” Cunningham warned. “There is a very robust constituency for greening and forestry in our city, and they will rise up.”