Stones from two demolished millworkers’ house in Woodberry will be salvaged and attached to the front of a squared-off, five-story apartment building proposed for the site.

Katherine Jennings, the developer, appeared before Baltimore’s Urban Design and Architecture Advisory Panel (UDAAP) yesterday to present the latest plan for the building she wants to construct on Clipper Road.

The meeting was the first design presentation since Jennings’ development partner Chris Mfume and architects Pavlina Ilieva and Kuo Pao Lian resigned from the team, saying they had nothing to do with the surprise demolition of the historic stone houses on May 21.

It was also the first time that the review panel was asked to consider a design that didn’t incorporate the two razed houses at 3511 and 3523 Clipper Road, both of which dated from the 1840s.

Before he quit, Mfume had promised UDAAP and the Woodberry Community Association that he would work to save the historic houses and make them part of the apartment building, even though the Jennings team had earlier obtained a permit to tear them down.

John Hutch of JP2 Architects yesterday said the new building would contain 51 very small apartments, mostly studios. There will be bicycle parking, but no space to park cars.

Stones from the original buildings will be used to mark a “water table” along the base of the building and will be visible to the public.

The building will be constructed on the lot where 3511 Clipper Road had been, leaving room for more apartments to be built in the future on the land where 3523 Clipper Road was.

Members of the review panel expressed disappointment with the design. They encouraged the architects to do more than just reuse the stones to create a building that is right for the 19th-century mill community.

“I don’t think that’s sufficient to enliven the character of the street that’s there,” said panel member Osborne Anthony, referring to the old stone houses that flank Clipper Road.

Cheryl O’Neill encouraged the architects to do more to break down the massing and make the walls less flush. “It has a relatively anonymous identity,” she said. “More relief is needed. . . I think we’re all reacting to the severity of the building.” 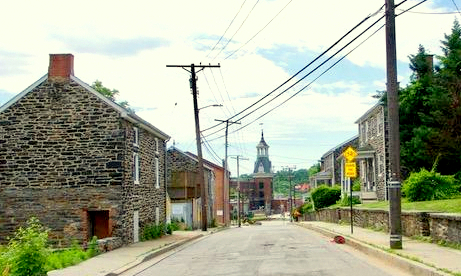 OLD AND NEW: The 1840s millworkers’ houses on Clipper Road and the apartment building unveiled at UDAAP yesterday. (Brennen Jensen and JP2) 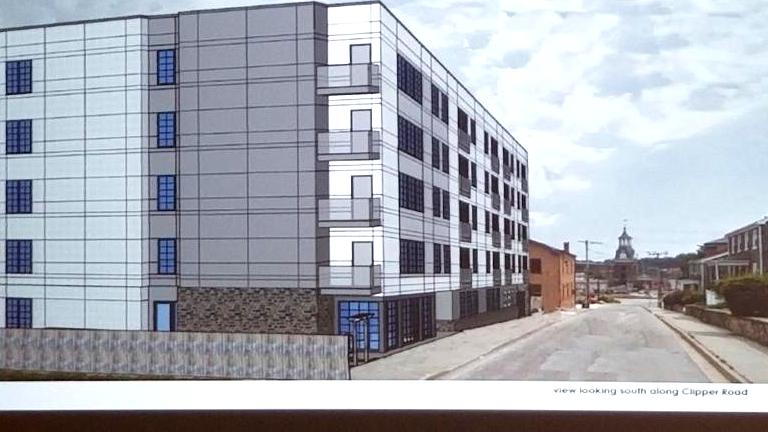 Ilieva, who chairs the panel, wasn’t present at the meeting. UDAAP coordinator Anthony Cataldo said she is on vacation this week, but intends to recuse herself from future review sessions for Woodberry Station because of her past connection to the project.

Jill Orlov, a designer and artist who lives on Clipper Road and sat in the audience, expressed frustration after the meeting.

She said the architects had showed pictures of buildings from which they drew inspiration, but didn’t include many of those architectural touches in their drawings, such as the use of wood to add warmth to the exterior.

The side facing Clipper Road and the side facing the light rail tracks should look different from each other, Orlov said, but they don’t.

Her overall assessment: “It looks like a public storage facility!” 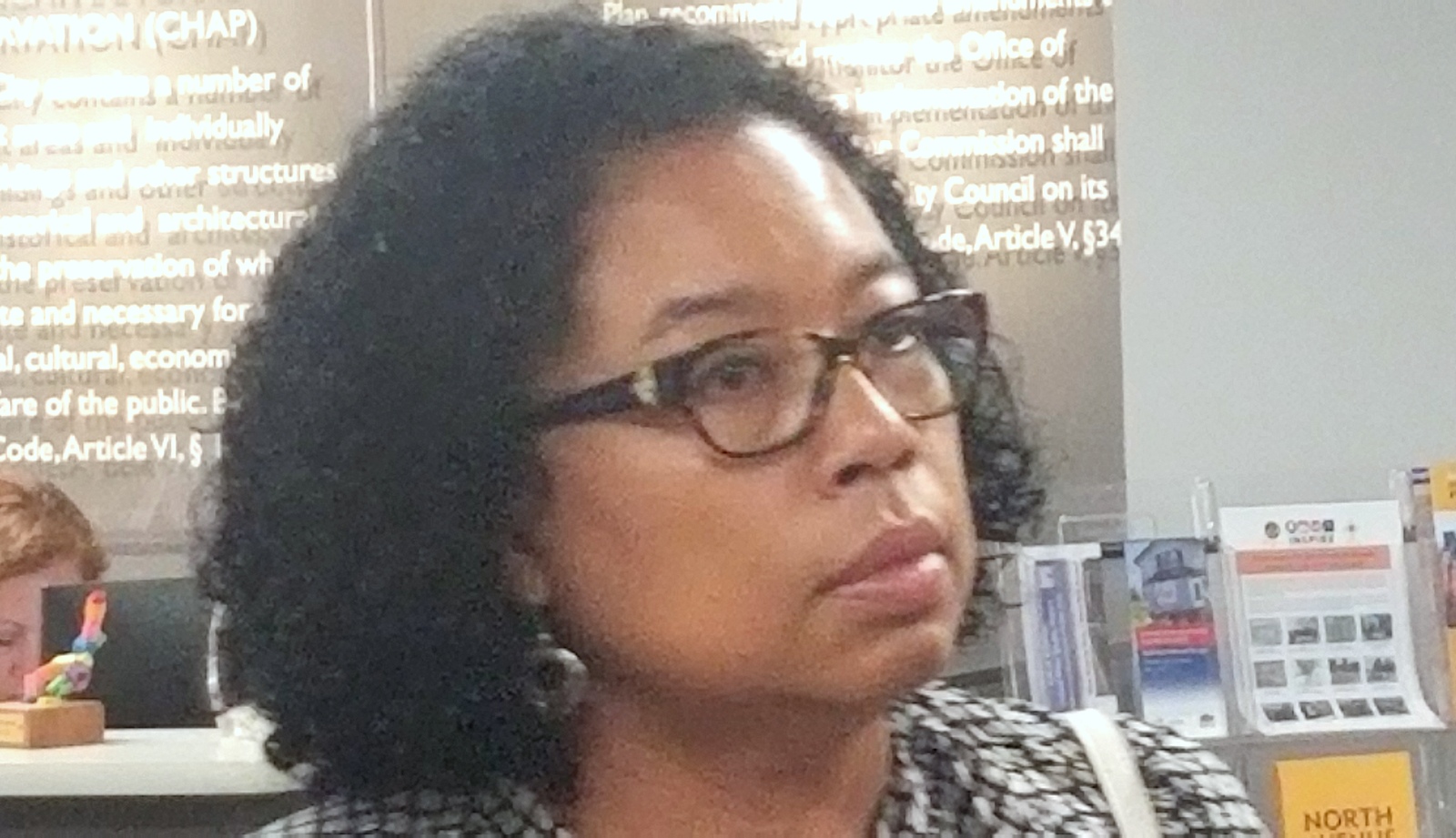 She declined to answer questions about her intentions for Woodberry when the session was over.

Architect Hutch said he would consider the suggestions he heard from the advisory panel. “The comments are absolutely appropriate. We’ll work on it.”

One of his top priorities, he added after the meeting, is to safeguard the stones, which are buried among the rubble that’s been left at the site following the demolition of the houses.

“We want to make sure they don’t walk away,” he said. 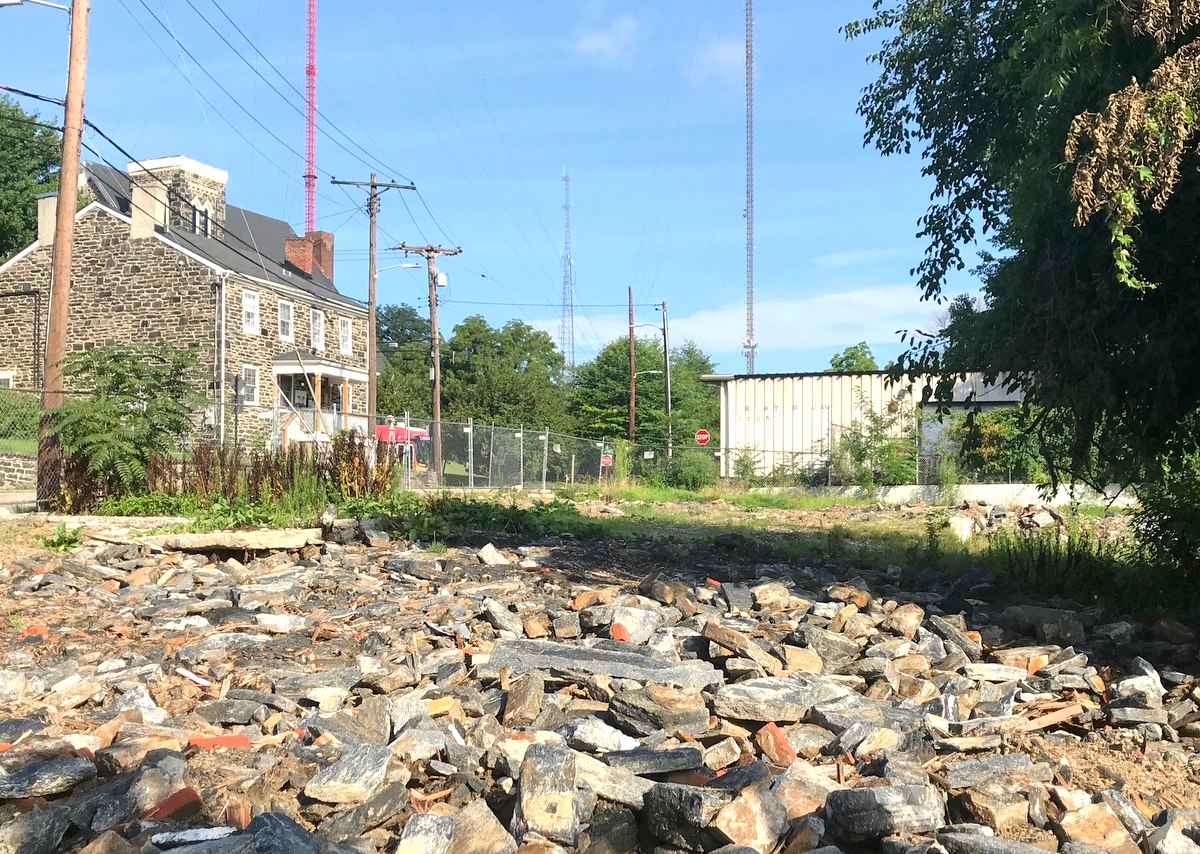 What now remains of the Clipper Road site of the original buildings. (Mark Reutter)