“This is the door of return,” says Esther Armstrong, directing a visitor to something remarkable that’s happening in Baltimore’s Lower Park Heights-Pimlico neighborhood.

Turning a corner, she explains, “As soon as you come here, you have arrived on the continent of Africa.”

Before us lies a sunlit room filled with artifacts of pre-colonial Africa – bronze statutes, ritualistic masks, an elaborately carved throne and a salmon-colored, straw-roofed hut decorated with geometric patterns.

The spacious room is one of several features of the Sankofa Children’s Museum of African Cultures, a one-of-a-kind enterprise being established by Armstrong and her husband, Jim Clemmer.

The couple hopes to turn the 8,000-square-foot building, a former community center, into a hub of such activities as drumming, dancing, dress-up, storytelling, reading, and arts and crafts.

“We want children to know the untold story of African civilizations before the period of slavery,” says Armstrong, a native of Ghana who operated a well-known clothing and gift store in Charles Village with her husband.

“By connecting young people to their roots in Africa, we hope to contribute to their sense of identity and self-esteem, and perhaps help prevent the negative behaviors we see exhibited today,” she said. 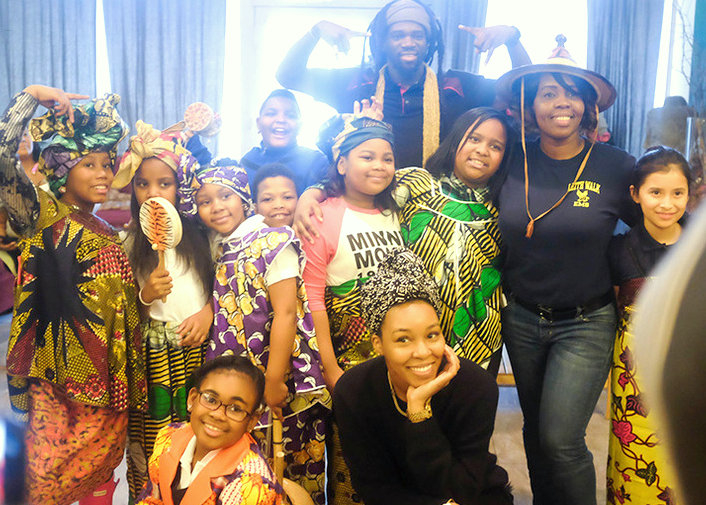 Children and chaperones at a recent museum event. (sankofakids.org)

As the only museum dedicated to educating children about Africa in Maryland – or anywhere in the United States, according to Clemmer’s research – Sankofa relys on private support and a cadre of enthusiastic volunteers. 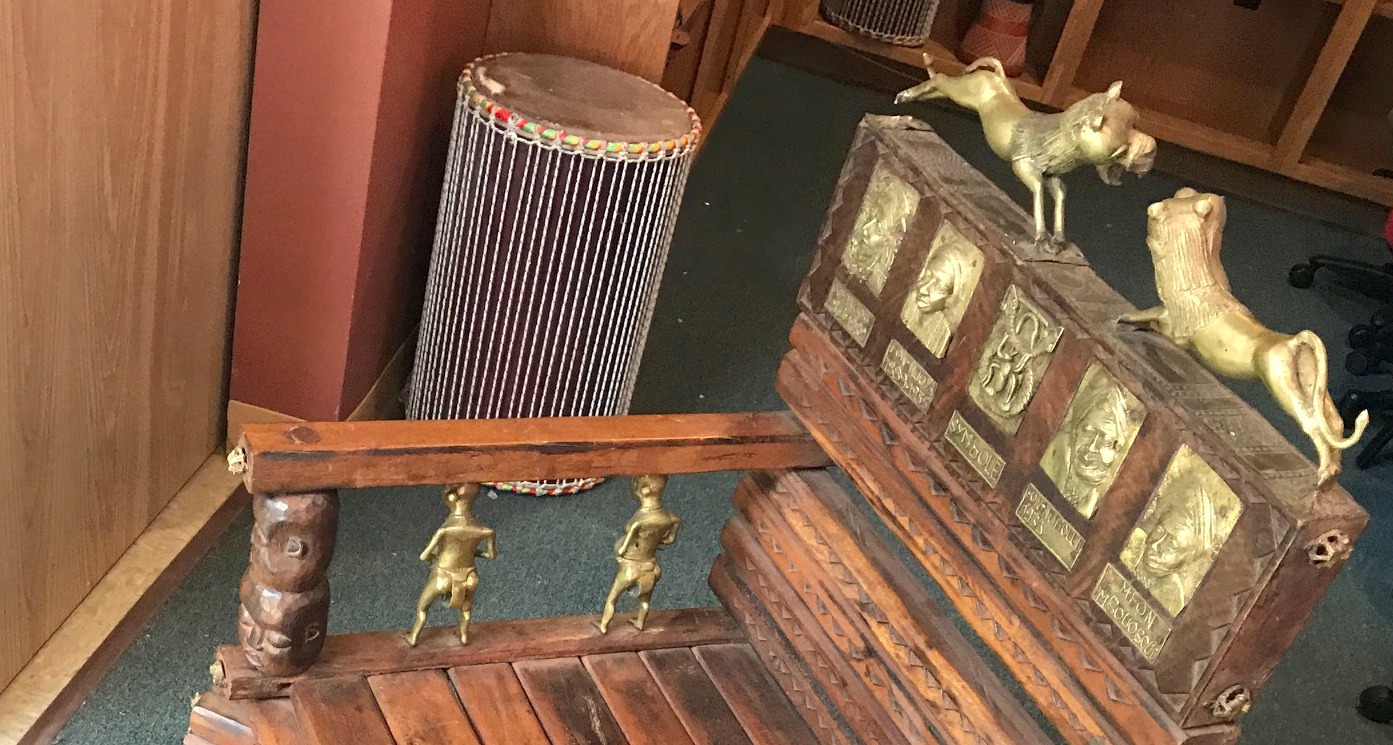 MUSEUM ARTIFACTS: A throne used by kings of the Bamileke tribe in Cameroon and a bronze sculpture of Sao warriors from Chad estimated to be about 150 years old. (Mark Reutter) 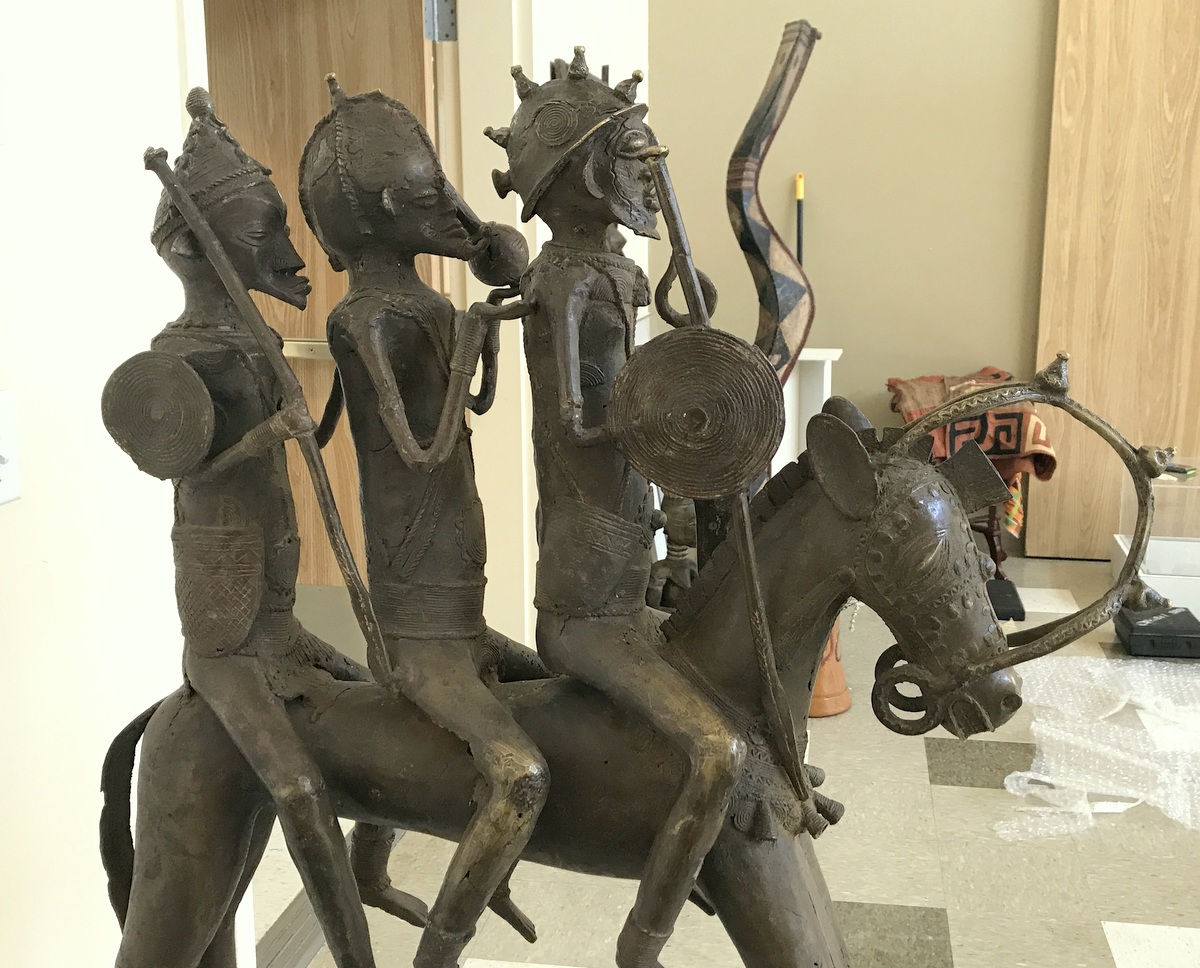 The inspiration for the museum came from an experiment done during Black History Month with third and fourth graders from two city schools.

The couple organized a session where students, parent-chaperones and teachers not only heard about old and current African cultures, but “interacted with them,” Armstrong said, by trying on African clothes, playing African instruments and participating in personal storytelling.

“It was an overwhelming success,” she said. “They begged us to present this to the children every day, not just during Black History Month.”

Over time, the couple hopes to offer classes to parents and the public about African arts and traditions.

But for now, they are sticking to elementary-school students who can come on class trips to the museum for two-hour sessions of learning and fun. 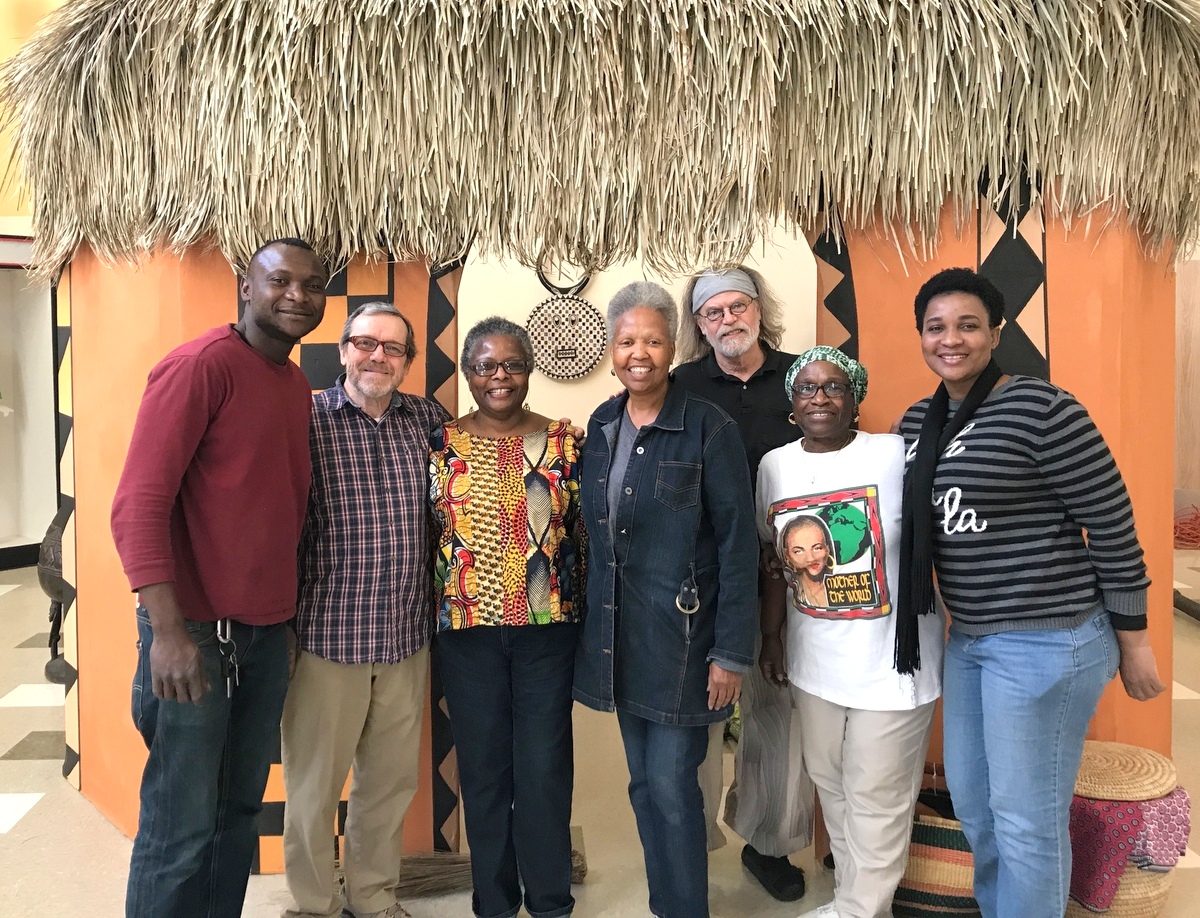 The museum’s name expresses their goal. Sankofa is a word from the Akan tribe in Ghana that means “Go back and get it” or “Look back and seek it.” It is symbolized by a bird with its feet planted forward and its head turned backwards.

The word and image represent the importance of understanding the past to make progress in the future, according to Clemmer.

“We want to bring this message to communities and kids in Baltimore who have been deprived of their rich heritage.” 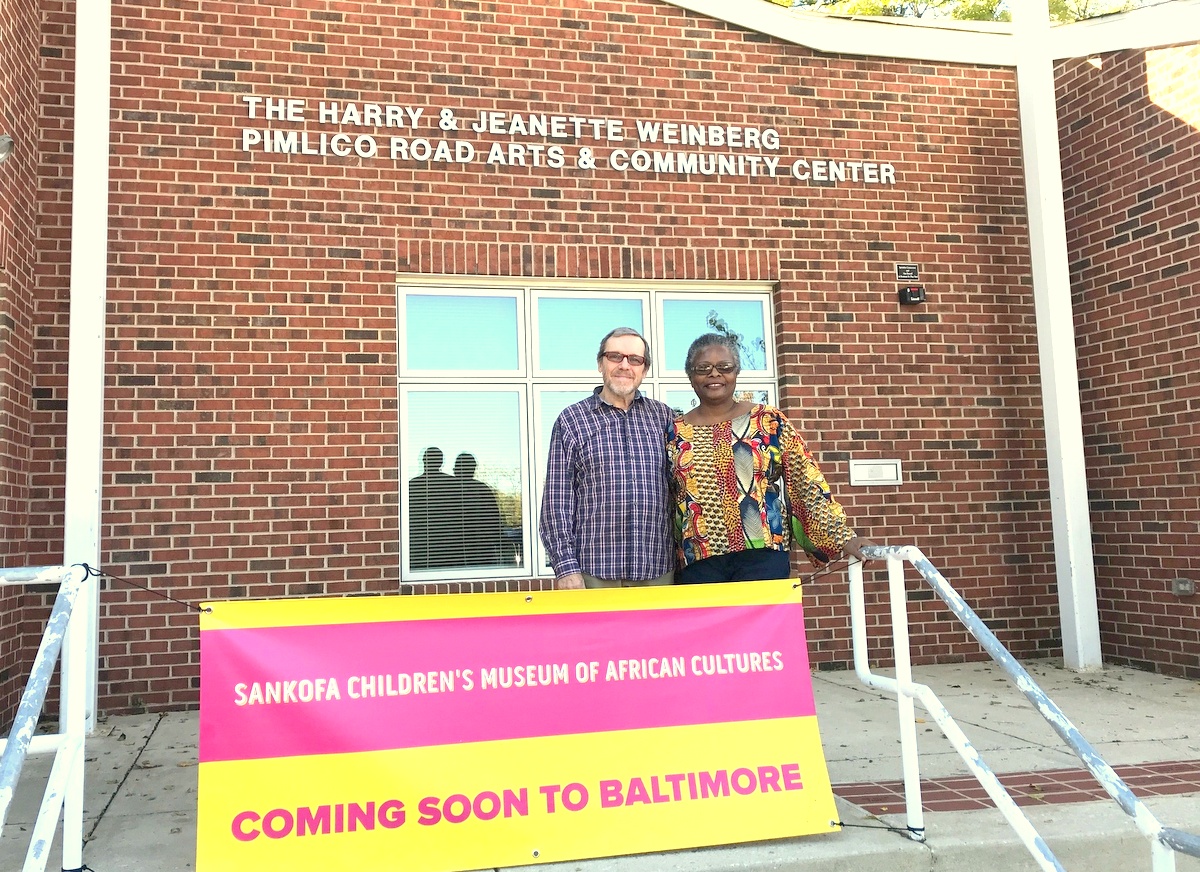