Taiwan Jamal “T.J” Smith, former chief of media relations for the Baltimore Police, announced his candidacy for mayor today next to the building where his younger brother, Dionay, was shot and killed in 2017.

Surrounded by the families of crime victims, Smith introduced himself as a transformational leader who will not be satisfied until the city’s murder rate – the worst in the country by some measures – literally evaporates.

“I want zero murders,” he declared, contrasting his goal to what he said was the aim of current city leadership, namely, getting the number of murders down to 300 a year.

Without naming names, the  42-year-old former lieutenant, who recently moved from the county to an apartment in Mount Washington, said there would be in his administration “no more friends and family contracts, no more corruption in City Hall.”

Portraying himself as a threat to the status quo, Smith said he anticipated that others “will attack me, discredit me and dismiss me” during the campaign.

But he said he will prevail as long as citizens back him and his reformist goals. 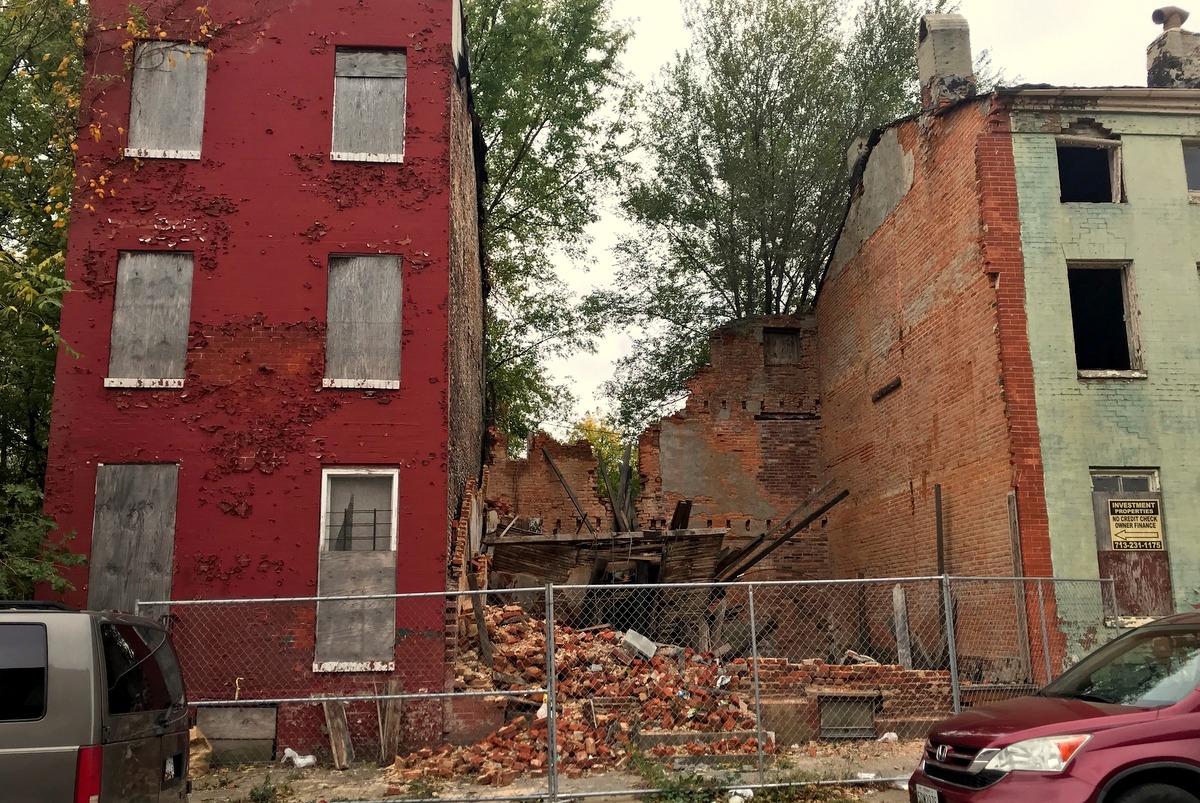 “Where I stand I can see the skyline of Baltimore City, and I can turn around and see rows and rows of vacant homes,” Smith said, standing just south of this scene on the 1400 block of Argyle Avenue. (Mark Reutter)

Smith was hired in August 2015 from the Anne Arundel County Police Department, where he had started off as a patrol officer in 1999, but had quickly advanced to high-level administrative and media positions.

He was recruited by then-acting Baltimore Police Commissioner Kevin Davis, who had previously been deputy chief of the Anne Arundel County police.

Over the next three years during a historic uptick in violent crime that followed the 2015 “Baltimore uprising,” Smith was the public face of the Baltimore Police.

He worked closely with Davis during the federal indictments and trial of members of the corrupt Gun Trace Task Force, seeking, whenever possible, to “promote and pitch positive news stories to local, national and world news outlets,” according to his LinkedIn profile.

He parried questions following the mysterious death (now ruled a likely suicide) of Detective Sean Suiter, who was shot and killed the day before he was scheduled to testify before a federal grand jury investigating police corruption.

Smith resigned last October, saying he was fed up with the “mudslinging” and “political turmoil” within the force.

During the period he worked at the police department, more than 2,000 homicides were recorded, something that continues to distress him. Today he read off the names of recent murder victims.

In January, Smith was named press secretary to Baltimore County Executive Johnny Olszewski, a position he left earlier this month.

At today’s rally, Smith singled out by name James Cabezas, retired chief investigator for Office of the State Prosecutor, as a supporter.