While unlikely to reach the fractious free-for-all of 1996 when 27 Democrats battled for the 7th congressional seat vacated by Kweisi Mfume, the race to succeed the late Elijah E. Cummings is getting rather crowded.

The venerated congressman was laid to rest less than three weeks ago, and already 11 Democratic candidates are in the race.

A 12th is actively raising money, while a 13th officially declared her intentions this morning.

That still leaves others considering their options – most notably, a former mayor of Baltimore – before the November 20 filing deadline for the February 4, 2020 special primary election.

The lure of entering the race for some politicians is twofold. The 7th is as safely Democrat as anywhere in the county (Cummings won over 75% of the vote in 2018), and current officeholders in the General Assembly and elsewhere won’t have to risk their jobs to run for the seat.

Not surprisingly, two candidates who jumped out of the starting gate are members of the state legislature:

• Jill P. Carter, 56. The freshman senator from northwest’s 41st district is already calling on supporters to donate to her “Carter for Congress” exploratory committee. She is holding off on formally announcing until a fundraiser in Ellicott City next Monday.

A Predecessor and a Widow

Aggressively seeking the position is another political pro – Kweisi Mfume, who represented the district for five terms before becoming president of the NAACP in 1996.

Last week, the 71-year-old announced he’s running in the special election, seeking to establish himself as the carrier of the “Cummings legacy” of civil rights activism and opposition to President Donald Trump’s agenda.

In the short run at least, Mfume has assumed the progressive mantle that many believed would be the calling card of Cummings’ widow. Just last December, Maya Rockeymoore Cummings, 48, was elected chair of the Maryland Democratic Party and quickly became known for her sharp elbows. Then she blinked.

Rather than declare her candidacy right after her husband’s funeral, Cummings asked the public to allow her and the rest of the Cummings family “time and space to grieve their loss.”

Only after a dozen candidates had rushed into the vacuum created by her silence did Cummings announce her candidacy today outside of a West Baltimore rowhouse she owned with her late husband.

“I’ve been on this path of fighting for the soul of our democracy, fighting for health care, fighting for a better America for all,” Cummings said in a preview interview on MSNBC last night.

She told host Rachel Maddow that she and her husband, already seriously ill, discussed who his successor should be about six months ago, “and he said I really do think you should take this seat.” 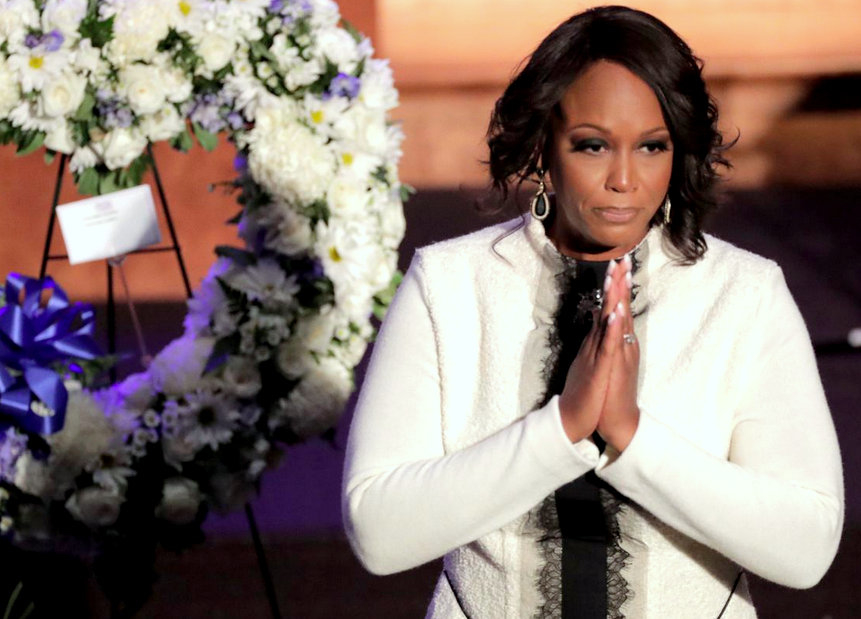 While considered a leading contender in the primary, Rockeymoore Cummings faces some challenges.

The alleged overlap between the two entities, as well as contributions by businesses regulated by the House Oversight and Reform Committee chaired by her late husband, have been the subject of critical newspaper articles and a complaint to the Internal Revenue Service by a conservative watchdog group.

Another Democrat still weighing whether to enter the race is Stephanie Rawlings-Blake.

The former Baltimore mayor has long eyed the 7th district as a stepping stone for her national aspirations, held firmly by Cummings since he won the seat in 1996.

Now is the chance for the 49-year-old political consultant and former secretary of the Democratic National Committee.

Rawlings-Blake has been cagey about her entrance into the race, but those who read political tea leaves say this Instagram message of last week spoke volumes: 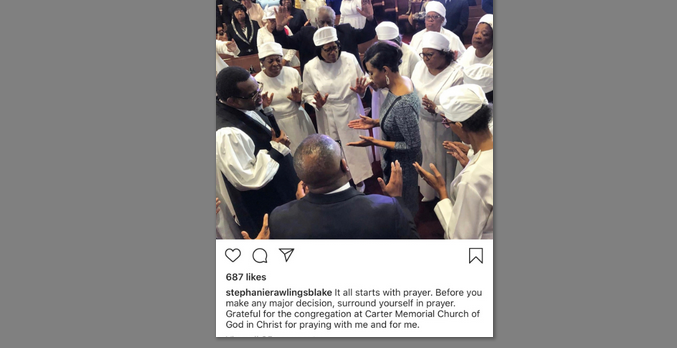 Rawlings-Blake posted a photo of herself at Carter Memorial Church on November 3, saying, “Before you make any major decision, surround yourself in prayer.” (@stephanierawlingsblake)

Others who have entered the Democratic primary include:

• F. Michael Higginbotham, a professor of constitutional law at the University of Baltimore.

• Harry T. Spikes, a longtime Cummings staffer who spoke at his funeral. 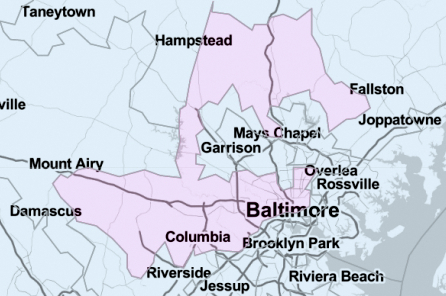 The 7th congressional district encompasses most of Baltimore City, western and northern Baltimore County, and parts of Howard County. It is majority black with Democrats outnumbering Republicans 5-1.

Given the overwhelming margin of Democratic voters in the district, the four persons who have so far announced in the Republican Party primary are viewed as token candidates.

Only one has any name recognition.

She is Kimberly Klacik, a 37-year-old Republican activist from Middle River and owner of Potential Me, a nonprofit donated clothing company that helps women “see their ultimate potential in life.”

Last July, she posted videos on social media of abandoned houses and piles of trash in Cummings’ West Baltimore district.

The videos got the attention of Fox News, whose broadcast of the same caught the eye of President Trump, who proceeded to launch a Twitterstorm of denunciations against Baltimore and Cummings, describing the former as “a disgusting rat and rodent-infested mess” and Cummings “a brutal bully.”

Cummings had apparently irritated the president by his tough questioning of then-acting Homeland Security Secretary Kevin McAleenan over the conditions for children held in detention centers at the U.S.-Mexico border.

Little did Trump know that Cummings’ questioning on July 18 would be one of his last public appearances.

In announcing her entry into the Republican primary, Klacik told The Baltimore Sun that “I’ve seen firsthand of what a lot of people are going through.” One of her campaign themes will be the high levels of crime in Baltimore City, which she says is spilling over to Baltimore County. 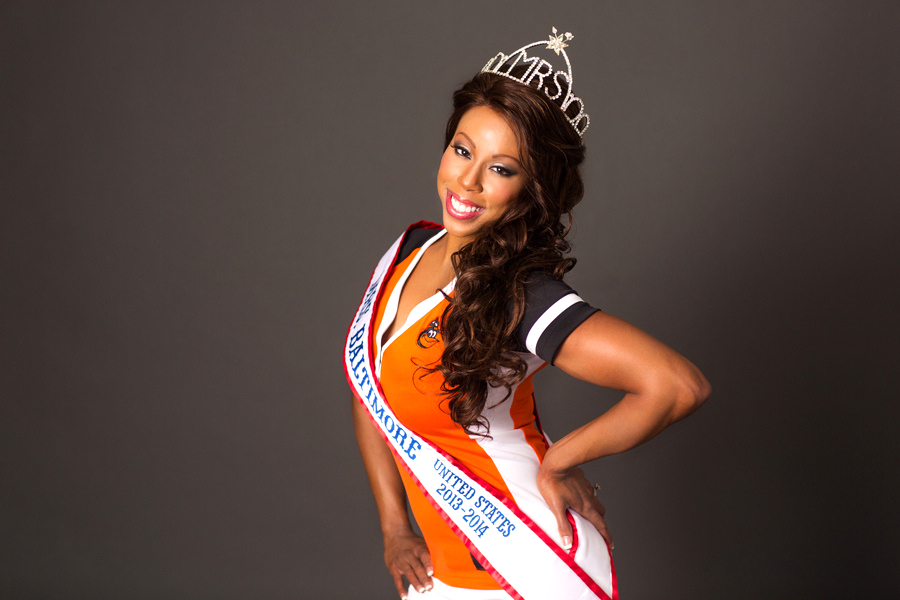 After the special primary election for voters of each party on February 4, a special general election will take place on April 28, 2020 – the same date as Maryland’s regular primary.

The person who wins the special election in April will assume Cummings’ House seat from that time until the current Congress disbands in January 2021.

Meanwhile, the Democrat and Republican who win the regular primary vote in April will face each other in the November 3 general election.

The winner of that race will serve as the 7th district representative in the next Congress.