Last month’s conviction of Catherine Pugh on conspiracy and tax evasion charges has only added to the mystery regarding the role played by one of her top financial enablers.

The story starts with a curious real estate deal back in December 2016:

Just eight days after Pugh was sworn in as Baltimore’s 50th mayor, she quietly purchased – in cash – a second house around the corner from her longtime residence in Ashburton.

How did a former state legislator (paid $46,000 a year) manage to buy a house for $117,000, then proceed to renovate the property from basement to roof to showcase her new-found elected office?

The answer revolves around James Preston (J.P.) Grant. Over the last decade, the Columbia businessman has become entrenched as one of the most important “below the radar” players at City Hall.

Heading a firm with just three employees besides himself, Grant Capital Management arranges leases for the city that underwrite big-ticket purchases such as fire trucks, police helicopters and 911 communications gear.

Grant does not finance the deals, he instead originates them, then sells the contracts to big financial institutions who put up the money, getting a middleman’s cut of the proceeds.

His firm, for example, originated over $100 million in vehicle financing after the Rawlings-Blake administration decided to lease, rather than buy, its fleet of cars and trucks in 2013.

In that same year, Grant failed to secure a $185 million deal for leasing “smart” water meters after The Brew raised questions about the deal’s cost and the inexperience of his partner, Dynis LLC.

But not giving up, Grant, a soft-spoken man known for his charitable giving, swept up new leasing contracts from Baltimore City Schools and the Housing Authority, all the while replenishing the campaign coffers of elected officials.

Among recent recipients of Grant cash are Comptroller Joan Pratt ($12,000 through his company and through his wife, Judy A. Grant) and $3,000 for City Council President (now mayor) Bernard C. “Jack” Young.

Both officials sit on the Board of Estimates and have approved a half dozen leasing agreements since 2010. Pratt says she has known Grant since they were teenagers and considers him a lifelong friend.

A House Fit to Entertain

More leasing contracts were in the pipeline as Pugh took over the top job at City Hall in 2016.

The “Stipulation of Facts” prepared by federal prosecutors, which Pugh signed last month as part of her guilty plea, noted that “Pugh told Grant that she wanted to buy a larger house so she could entertain people when she became mayor.”

The narrative continues, “Pugh had a specific house in mind and took Grant to see it. Pugh also told Grant that she needed money in order to buy the house.”

Asking her how he could help, “Pugh suggested that Grant write a check to Healthy Holly,” according to the prosecutors.

Grant touts his “winning solutions” on his company’s website. Other than Baltimore City, the State of Maryland, Howard and Prince George’s counties, and municipalities in other states have used his services. (grantcapitalmgmt.com)

Grant did so, writing a check for $100,000, made payable to “Healthy Holly,” with the notation “book donation” on the check’s memo line.

Grant signed the check, prosecutors say, with the understanding that “Pugh would use the money to produce and distribute Healthy Holly books, with the balance of the money going toward the purchase of a new house.” 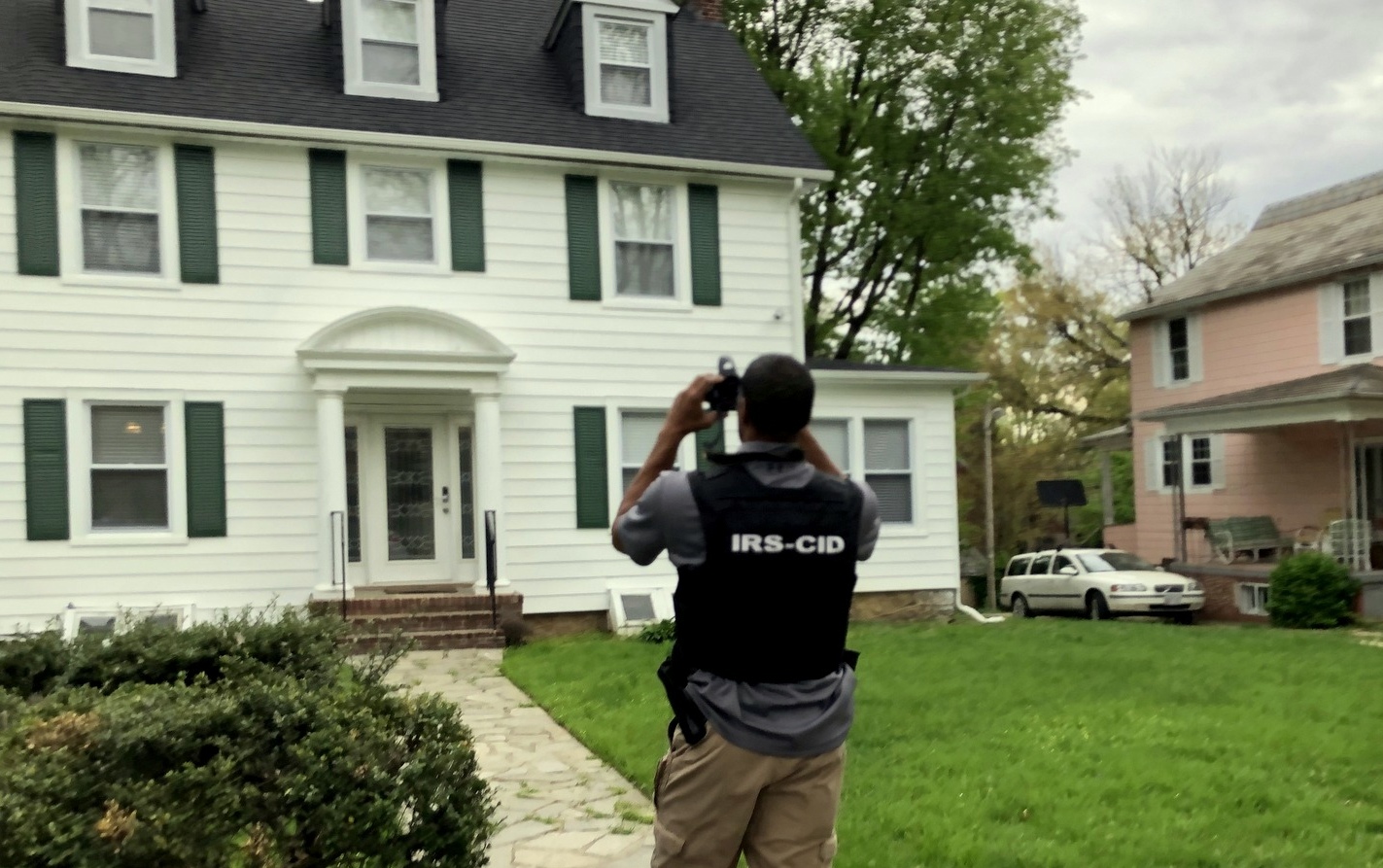 An IRS agent photographs Pugh’s Ellamont Road house that was purchased with the help of a $100,000 check signed by J.P. Grant. (Fern Shen)

But Pugh “never used any of those funds to print or deliver Healthy Holly books,” according to the Stipulation, and Grant apparently never bothered to check on where his money actually went.

The inference from the legal text is that the businessman either gave away the $100,000 as a gesture of charity or knowingly used the book donation as a pretext to influence the actions of an incoming mayor.

Grant did not respond to requests by The Brew to respond to the prosecutors’ charges. The U.S. Attorney’s office won’t say if additional charges are expected in the Healthy Holly case. 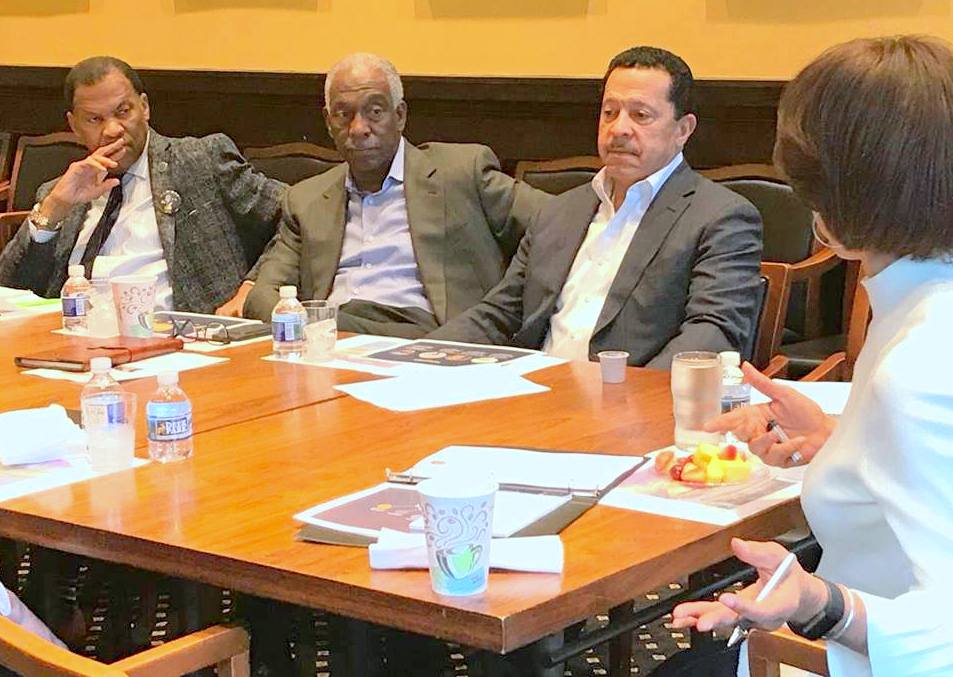 This was not the first time that a donation from Grant benefited Pugh’s personal interests. A month before the 2016 Democratic Party primary, when she was running neck-and-neck with ex-mayor Sheila Dixon, Pugh asked Grant for a $50,000 campaign donation.

The amount was many times above Maryland’s $6,000 limit to a political candidate.

Pugh could have asked Grant for a campaign loan (as she did with James T. Smith Jr., the former Baltimore County executive, who illegally loaned $100,000 to Pugh through an obscure “slate” committee.)

Instead, she told Grant to make make out the check in the name of Healthy Holly LLC.

“Grant knew that providing money to Pugh’s campaign via Pugh’s company was a violation of Maryland’s election laws,” says the Stipulation. Nevertheless, he summoned Pugh’s campaign aide and bagman, Gary Brown Jr., to his private residence in Columbia to pick up the check.

“Brown delivered the check to Pugh, and she deposited it into Healthy Holly’s bank account on March 9, 2016. However, Pugh never used any of those funds to print or deliver Healthy Holly books for Baltimore City public school students,” prosecutors said.

Does the $150,000 exchanged between Grant and Pugh leave the businessman in legal jeopardy?

In terms of potential administrative action, Grant Capital is a registered municipal advisor governed by the Municipal Securities Rulemaking Board (MSRB), a part of the Securities and Exchange Commission.

Rule G-37 prohibits securities dealers from advising, underwriting or doing other business with a municipal issuer within two years after making a campaign contribution to an elected officer of that municipality.

Rule G-38, the so-called “pay to play” rule, prohibits security dealers and related entities from providing “directly or indirectly” payments to a person outside of the securities profession “for a solicitation of municipal securities business.”

Technically, a security dealer found in violation of these rules can be banned from the business. But in practice that rarely happens because MSRB is not an enforcement agency. 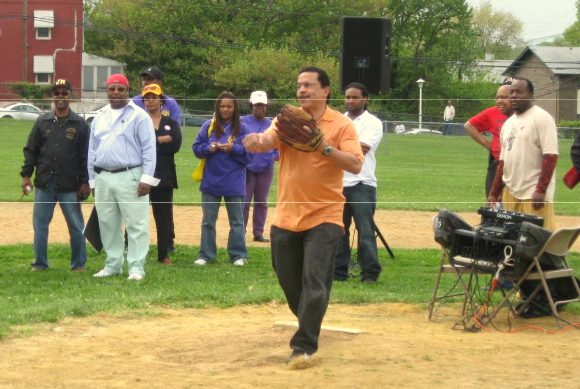 In terms of criminal action, campaign-finance violations in Maryland have a three-year statute of limitation.

That appears to give the $50,000 check from Grant to Pugh, made in March 2016, a pass from potential action by the Maryland State Prosecutor, who is responsible for enforcing state election laws.

However, Grant’s $100,000 check to help Pugh buy her new house is a different matter if prosecutors consider it a bribe – which has no statute of limitations – instead of a campaign-finance violation.

Back in 2017, Brown was convicted for making “straw” donations to Pugh’s campaign in the names of three family members. The source of the illegal donations – Healthy Holly money illegally obtained by Pugh, according to the feds – was never determined by State Prosecutor Emmet Davitt.

Nor was Grant’s payment for Pugh’s new house apparently known by Davitt, who recently retired. The prosecutor’s office, which just got a new chief, would not comment last week on whether it is pursuing the $100,000 Grant angle.

That angle has legs because Pugh’s house was renovated by Grant-related money. The Brew has reported that Grant was a secret investor in Kevin Johnson’s Commercial Group, which performed extensive work on the Ellamont Road house at a discounted price. 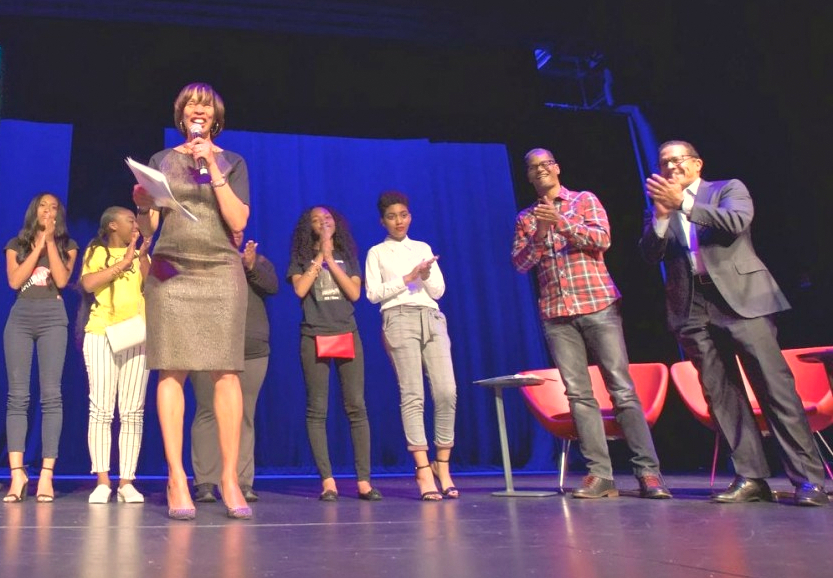 Catherine Pugh is joined by Kevin Johnson (in plaid shirt) and J.P. Grant at the 2018 Teen Biz Challenge. (Facebook)

Months after that work was completed, Pugh approved a “technical correction” to a contract that doubled the price of a conduit project that Commercial was working on with another heavy campaign backer of the ex-mayor, KCI Technologies.

• Conduit project was out of compliance, but posed no problem to Pugh-connected contractor (4/10/19)

During Pugh’s tenure as mayor, Grant Capital Management brokered about $70 million in master lease contracts (the exact amounts are not made clear in Board of Estimates records).

Asked in a Public Information Act request by The Brew for the total worth of the contracts, the Department of Finance reported $136.8 million in outstanding balances as of June 30, 2018.

Several months later, in October 2018, Pugh and the Board of Estimates (including Comptroller Pratt and Council President Young) approved a new master lease through Grant Capital.

In winning the latest contract, Grant Capital swore that it had not engaged in any practice “that would be considered a conflict of interest.”

Grant got the sole-source contract after the only other bidder, Bank of America/Merrill Lynch, was determined to be “non-responsive” by the city law department and was disqualified.

In the latest (2018) master lease agreement, Carlyle Capital bowed out before the bid opening. Bank of America/Merrill Lynch was subsequently disqualified by the law department, leaving Grant Capital Management as the sole bidder on the contract. (Bid sheet, Baltimore Board of Estimates)

Specifically, the company warranted that “it has not paid or agreed to pay any company or person, other than a bona fide employee working solely for the Contractor, any fee, commission, percentage, brokerage fee, gift or any other consideration contingent upon or resulting from the award or making of this Contract.”

Who in city government could potentially enforce this clause in the contract and, upon determining a breach, void it? The answer is unclear given that such an action would arguably be a first in modern Baltimore city history.

Direct responsibility appears to lie with the law department and the Board of Estimates, both of which are currently controlled by Mayor Young.

Indirectly, the City Council and its president, Brandon M. Scott, could undertake an investigation.

Scott has made transparency in government a core platform of his 2020 mayoral campaign. Scott is also the recipient of $4,500 in campaign donations from Grant Capital.

The Council’s Legislative Investigations Committee is chaired by Kristerfer Burnett, whose 2020 campaign slogan is “I’m not done fighting for the people of Baltimore. Let me prove it to you.”

Perhaps the least effective route would be a financial examination by the city auditor. A primary reason: Auditor Josh Pasch reports directly to Comptroller Pratt, the lifelong friend of J.P. Grant.
________________________
TO REACH THIS REPORTER: reuttermark@yahoo.com