While you may never have heard of “smart” water meters until a few weeks ago, a group of well-connected businessmen began laying the groundwork to win the lucrative city contract nearly three years ago.

Campaign records reviewed by The Brew show that in January 2011, as Stephanie Rawlings-Blake was tooling up for a full term in office (she had become mayor a year before following the forced resignation of Sheila Dixon), her election committee got a sudden infusion of cash.

In the space of 24 hours, her campaign raked in $43,000 from a seemingly motley assortment of individuals and companies.

The donations included checks from a water supply company in Pennsylvania, a cell tower repairer in Maryland, a plumbing firm in Baltimore, and a water consultant in Dickeyville.

In that very same period, seven more checks were received by mayor’s campaign account, according to Maryland Board of Elections records.

Back in 2007, Grant and his wife Judy donated $8,000 to Rawlings-Blake when she was in a tight race for City Council president against Michael Sarbanes (she won).

This time their generosity was considerably greater. Each of the seven checks was made out to $4,000 – the maximum individual contribution allowable by state law during a four-year election cycle.

They came from Grant himself, from Judy, from his sister Linda Grant, from Linda’s husband James Wells, from his close business associate Vananzo Eaton and from his lease financing company, Grant Capital Management.

The glue that held this group together would not become apparent until last July when the cell tower repairer, Dynis LLC, emerged as the frontrunner of the meter contract – and Grant, allied with the bid, offered to advance the city $185 million in lease financing to pay for the project.

Dynis had no track record of installing water meters as a prime contractor, but the Rawlings-Blake administration let the financially shaky company bid on the project, one of the biggest meter installation projects anywhere in the country.

And Grant’s offer to extend $185 million in lease financing to the city included a 3.85% interest rate that was a full percentage point above the leasing arrangement proposed by the West Coast meter company, Itron. 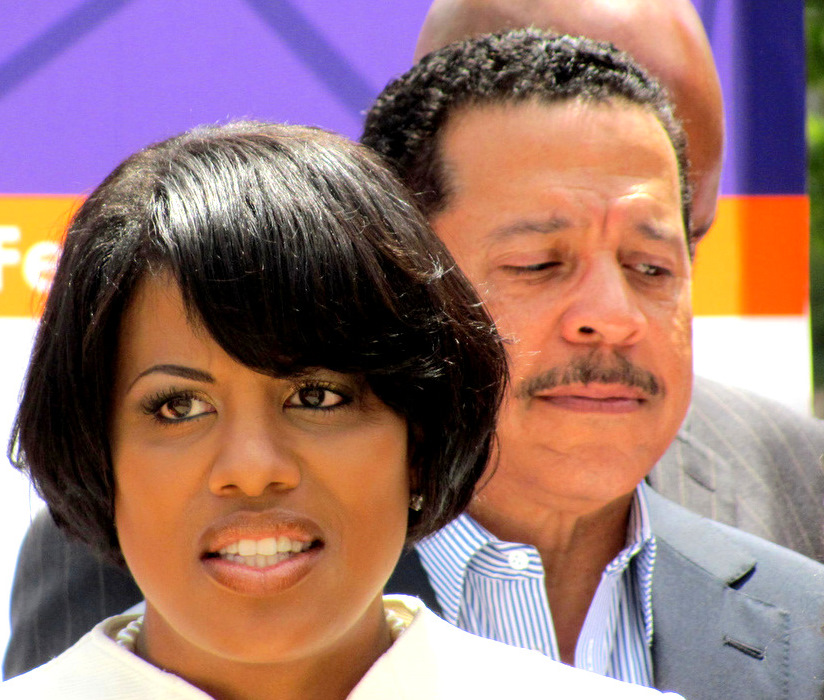 Ultimately, Itron’s $83.5 million won the day, after months of bureaucratic intrigue at City Hall and articles in The Brew (some picked up by other media) describing the Dynis’ inflated pricing and other details of the contract.

Just days before the matter went before the Board of Estimates, City Hall insiders were saying that the Dynis bid was “a done deal” – until the politics suddenly shifted and the city Purchasing Department began preparing papers to pave the way for rival Itron.

The mayor says she was not involved in the procurement process except to greenlight the idea of installing radio-transmitting “smart” meters to replace manually-read water meters in order to improve billing services to Baltimore residents.

The Brew would be happy to publish the comments of the Dynis Group and J.P. Grant if and when they respond to our request for interviews.