Federal charges were unsealed accusing the 68-year-old Democratic Party stalwart of accepting $33,750 in bribes, mostly in exchange for legislative giveaways to medical marijuana growers and licensees in Maryland.

After giving up her seat for “personal reasons” last Wednesday, Glenn is scheduled to self-surrender and be arraigned on January 22 in U.S. District Court in downtown Baltimore.

She faces a maximum penalty of 25 years in federal prison for bribery and wire fraud, but given her age and lack of previous criminal convictions is expected to received a much lighter sentence.

So far, she has not publicly commented on the charges.

The bribes paid to Glenn came in steady dribs and drabs – as little as $3,000 in one case and as much as $15,000 in another – in an 11-month period between March 2018 and February 2019, according to the criminal information released by U.S. Attorney for Maryland Robert K. Hur.

The bribery took place during a time when the Maryland legislature was increasing the number of medical marijuana grower and processing licenses, and Glenn was chair of the powerful banking and consumer protection subcommittee of the House Economic Matters Committee.

She stands accused of taking money in return for using her office to benefit one particular businessman, introducing legislation to decrease the work experience required for medical directors in methadone clinics and pushing for a new seven-day liquor license in her home district. 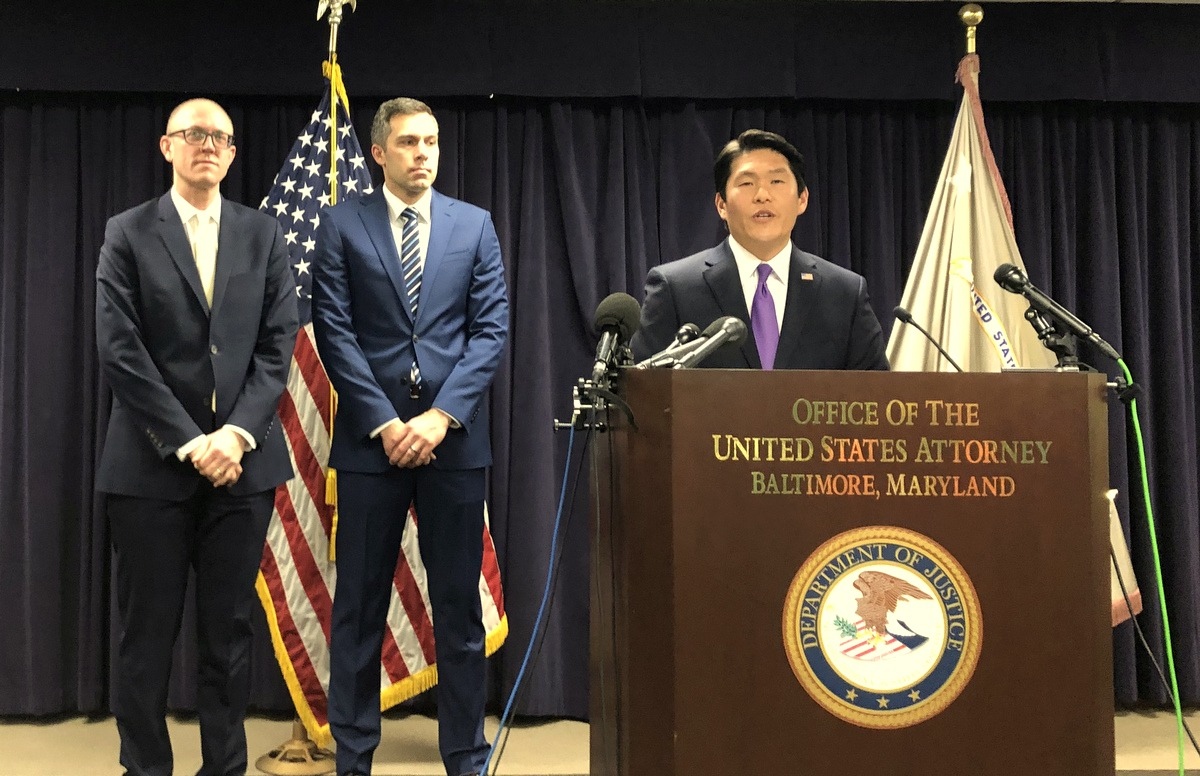 U.S. Attorney for Maryland Robert Hur announces today the charges against the former Baltimore legislator. Next to him are prosecutors Derek E. Hines (center) and Leo J. Wise. (Fern Shen)

Based on telephone records detailed in the criminal information, Glenn liked to complain that she was short of money, while at the same time brag about her prowess in getting legislation through the House.

At a meeting with a local businessman, Glenn noted how a marijuana company has been awarded a growers’ license from the General Assembly without having to resort to high-priced lobbyists.

Other applicants, she said, were “pissed off” and asked her “who the hell do they know?”

“I said they know God and Cheryl Glenn,” she told the businessman.

In this exchange, she conspired with an (unnamed) associate to change state law to give Maryland residents preferential treatment for medical marijuana licenses.

In return, she split with the associate a $10,000 bribe from the businessman, according to the criminal information.

Legislation for “a Quick Five”

Glenn received another $5,000 from the same businessman after she pre-filed legislation to reduce the required experience for medical directors at drug treatment clinics from three years to two years.

Glenn did this, according to prosecutors, because the businessman wanted his daughter to take over his methadone clinic, and the daughter had only two years of experience as a physician.

In setting the bribe, the following phone conversation took place:

“So is he able to help me,” Glenn asked Associate 1.

“We can make this happen in the next couple days,” said Associate 1.

Glenn also agreed to introduce legislation to help the businessman obtain a a seven-day liquor license in the 45th district for a cool $20,000.

The last of those payments was allegedly received last February 11 at the end of the period covered by the criminal information.

Today Hur was asked if the persons who allegedly bribed Glenn will be prosecuted. Hur said he could not comment beyond “the four corners of the criminal information.”

Today’s criminal information cites this August 2018 telephone conversation in which Glenn says it would be “awesome” to “get me the cash” by Wednesday. (U.S. Attorney’s Office)

For example, to conceal the final $15,000 payment she got for introducing the liquor license bill in the legislature last January, Glenn reportedly met with a go-between at an Annapolis hotel.

She drove the associate “at a high rate of speed” to a parking lot, where she handed over a letter that read:

She told the go-between that the letter will protect them from any potential legal problems. 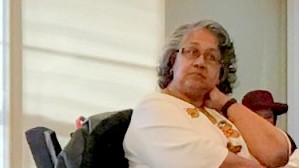 Glenn was first elected to the state legislature in 2006. Prior to that, she worked for local labor unions.

She was a lobbyist for the Baltimore Teachers Union, was active in the carpenters’ union and was a former president of the City Union of Baltimore.

A widow with five grown children, she has not released any public statement about the charges, which were issued last July 23, but not unsealed until today. Her attorney, William Brennan Jr., said his client’s comments “will be made in court.”