To illustrate the barriers between the 14th District’s two worlds, Joe Kane points out a tree-lined street in Oakenshawe where homes are worth $300,000 or more.

Southway deadends at Greenmount Avenue, but is blocked there by three bollards that prevent cars from passing between predominantly white Oakenshawe and predominantly black Waverly.

“Greenmount Avenue divides the district,” said Kane, pointing across the avenue’s whizzing traffic to the two-story rowhouses on the other side.

“If we want to change Baltimore, we gotta get rid of these reminders of how different we are,” says Kane, who is running for City Council.

The 14th covers much of North Baltimore. It includes booming Hampden, Remington and Johns Hopkins University on its west side and struggling Clifton Park and Coldstream-Homestead-Montebello on the east.

In between are Waverly’s bedraggled Greenmount Avenue and the 33rd Street corridor that once boasted Memorial Stadium, home of the Baltimore Orioles. 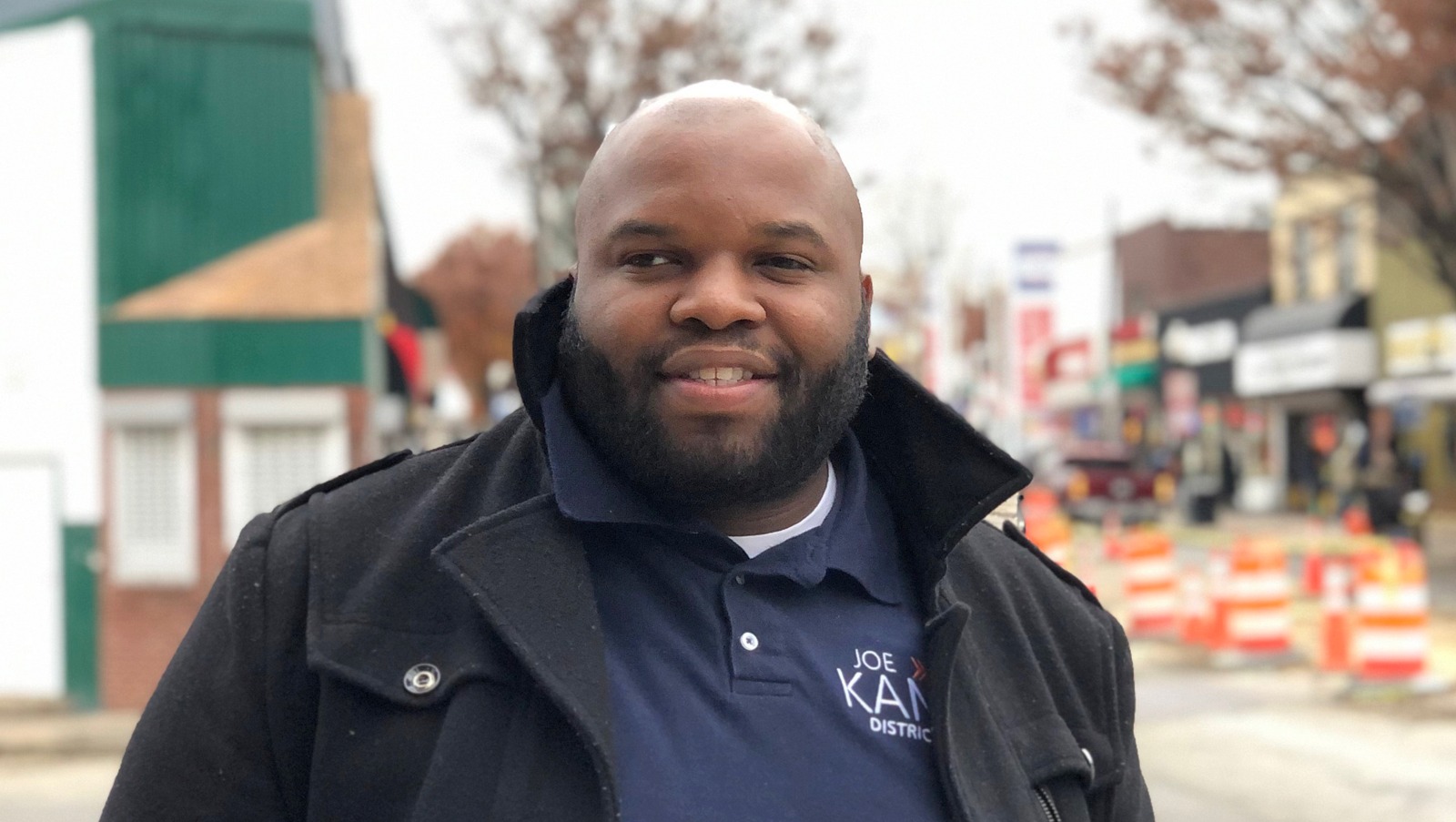 Joe Kane on Greenmount Avenue in Waverly. (Ian Round)

Raising up all of these neighborhoods is the widely acknowledged challenge for the 14th, where representation is up for grabs for the first time in years thanks to the retirement of longtime Councilwoman Mary Pat Clarke.

Kane’s main opponent in the Democratic Party primary – Odette Ramos, who has been endorsed by Clarke – has chosen a campaign office that seems to make the same statement with its address:

Stylewise, the two candidates are a study in contrasts. Kane’s focus has been on grassroots community organizing, while Ramos offers a much deeper legislative agenda and resume.

“I really like policy stuff,” said Ramos. “It’s one of the best ways to address the symptoms.” 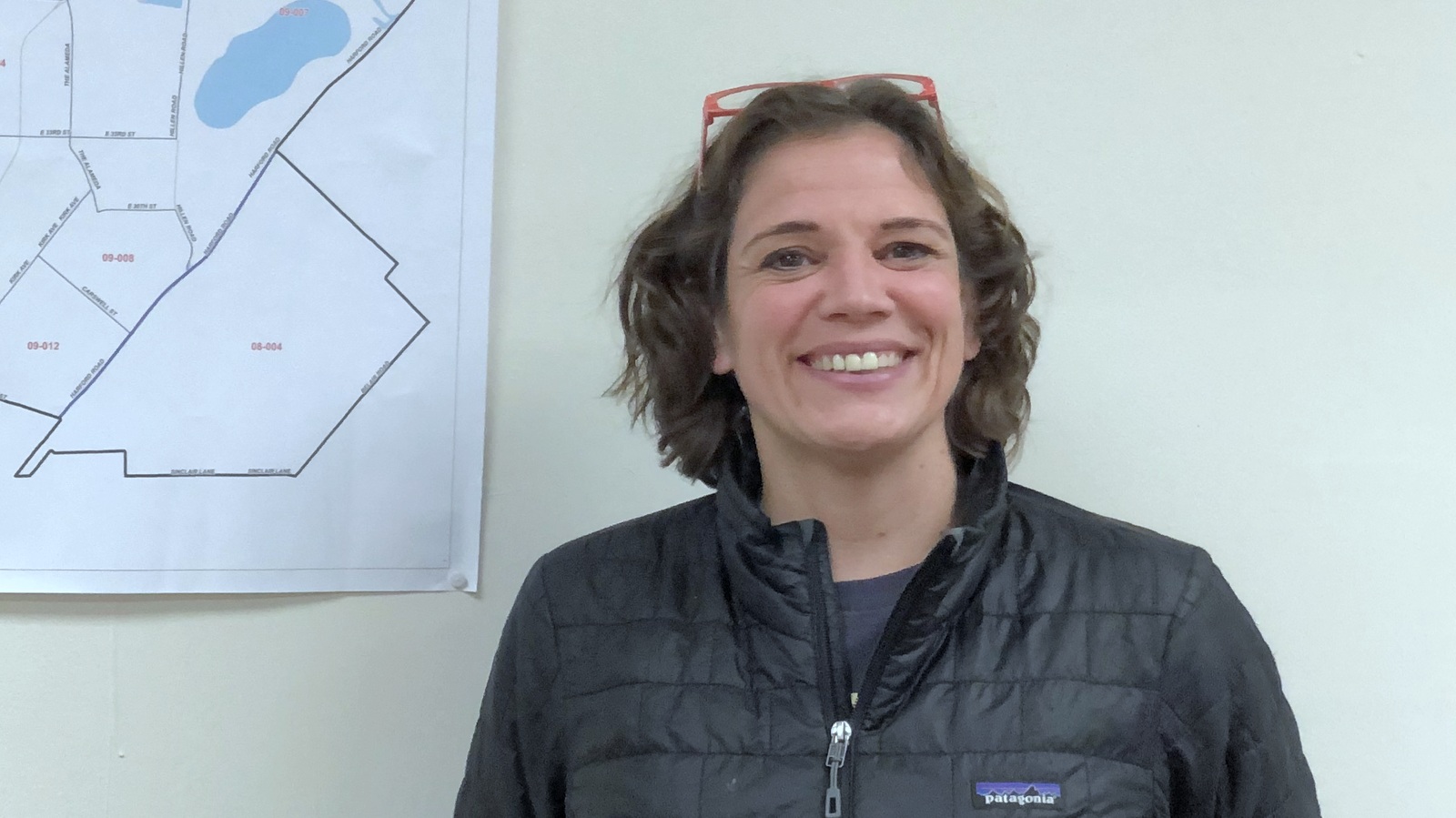 14th District’s candidate with the most cash: Odette Ramos. (Ian Round)

Where she references her 10 years of lobbying in Annapolis to create affordable housing and protect people from tax sales, he talks about being a school and community leader, pushing the city to improve street lighting, for instance, after a homicide in the neighborhood.

Two other candidates in the Democratic primary are Rita Church, who views herself as the only candidate who has spent time with the district’s poor (“The politicians don’t visit these people – I visit these people”), and Stephanie Murdock.

Murdock, Clarke’s former legislative director, is the founder of  Skatepark of Baltimore in Hampden. She now works for the Department of Housing and Community Development.

Of the 14th District candidates, Ramos has by far the most money, with $56,231 raised and $43,008 cash on hand, according to the most recent state election board filing.

Kane raised $10,172 and has $3,775. Church has filed an affidavit of limited contributions, less than $1,000, and Murdock, who entered the primary on the last possible day, has not filed a financial report. 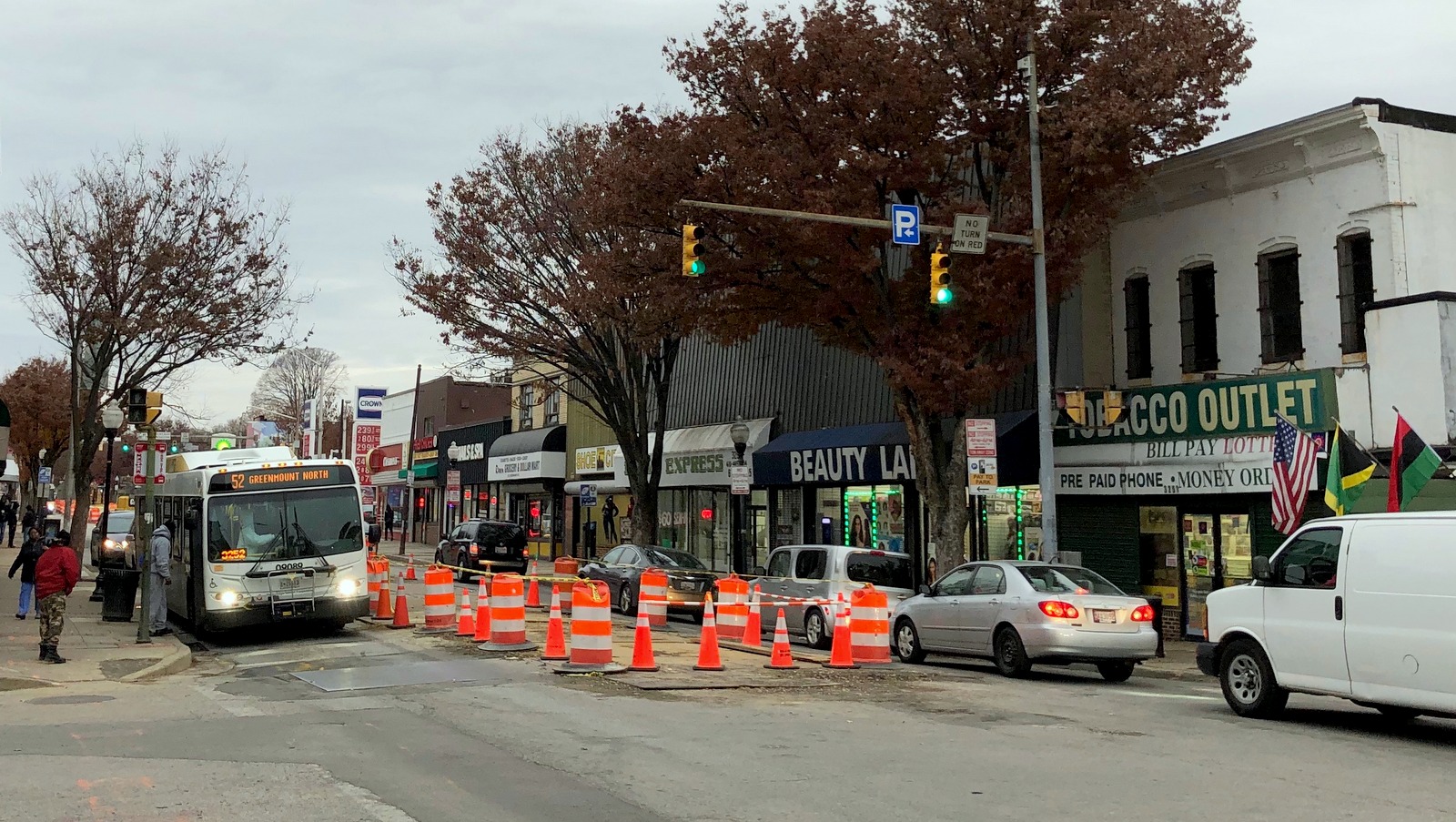 Traffic and conduit construction on Greenmount Avenue. (Ian Round)

The race got off to a hot start last year, with two debates and Kane and Ramos each rolling out endorsements.

State Senator Mary Washington, who is running for mayor, endorsed Kane, her neighbor, last May, just short of a full year before the primary.

According to 46th District Delegate Brooke Lierman, Ramos has a rare skill set: She’s fluent in policy and she can schmooze politicians.

For two of the candidates, residency questions arose.

Ramos ran for City Council in the 12th district in 2011, and now lives a few blocks away, on 31st Street. Before and after that 12th District period, she has resided in the 14th District, she said at a forum last year. “The 14th District is my home.”

Church’s listed address is not in the district, which raised eyebrows months ago. The Baltimore City Board of Elections said she is eligible and provided a different address for her than the one visible online.

Church took a homestead tax credit on her house outside the 14th district (a fact first reported by David Pontious on his “Baltimore Bulletin” tip sheet).

Kane, 34, who has lived in Waverly and Ednor Gardens-Lakeside most of his life, is a contractor for the Coast Guard. He was PTO president at his children’s school and he serves as the policy chair of the city schools’ Parent Community Advisory Board.

After serving in the Army, doing a tour of duty in Iraq and enrolling at Morgan State University, Kane got involved in community causes.

He teamed with the local NAACP branch, the Algebra Project and other groups to oppose a planned youth jail and to help Johns Hopkins food service workers unionize.

If elected, he wants trim the police department’s budget and introduce participatory budgeting, a process which gives city residents greater power to spend some of the city’s money.

Ramos: Eye on the Budget

Ramos, 47, is the executive director of the Community Development Network of Maryland. If elected, she would be the Council’s first Latinx member.

After she graduated from Goucher College in 1995, she said, she worked on Clarke’s unsuccessful mayoral campaign. They became friends and allies.

Supporters credit Ramos with passing the city’s Affordable Housing Trust Fund in 2016. She started the Village Learning Place and was the founding director of the Baltimore Neighborhood Indicators Alliance, which publishes open-access data about the city. She was involved in the redevelopment plan that helped lead to the commercial flowering of The Avenue in Hampden.

As a Council representative, she wants to incentivize development outside of “the White L,” the north-south strip of Baltimore that swings east along the Inner Harbor, and make community benefit agreements mandatory and enforceable by law.

Hoping to get on the budget committee, she hopes not only to scale back the police budget, but to root out waste in other city departments.

“We need to take from everyone who’s not using that money wisely,” she said. “We now have a pay-to-play system.”

Rita Church, daughter of the late Council member of the same name, intends to focus on constituent service.

An activist in Coldstream-Homestead-Montebello, Church runs a foundation named for her mother in addition to her work as a case manager at the Baltimore City Department of Social Services.

In that role, she helps people apply for housing vouchers, food stamps and other benefits.

“People have no idea who to ask, where to ask, or what they’re asking,” Church said. 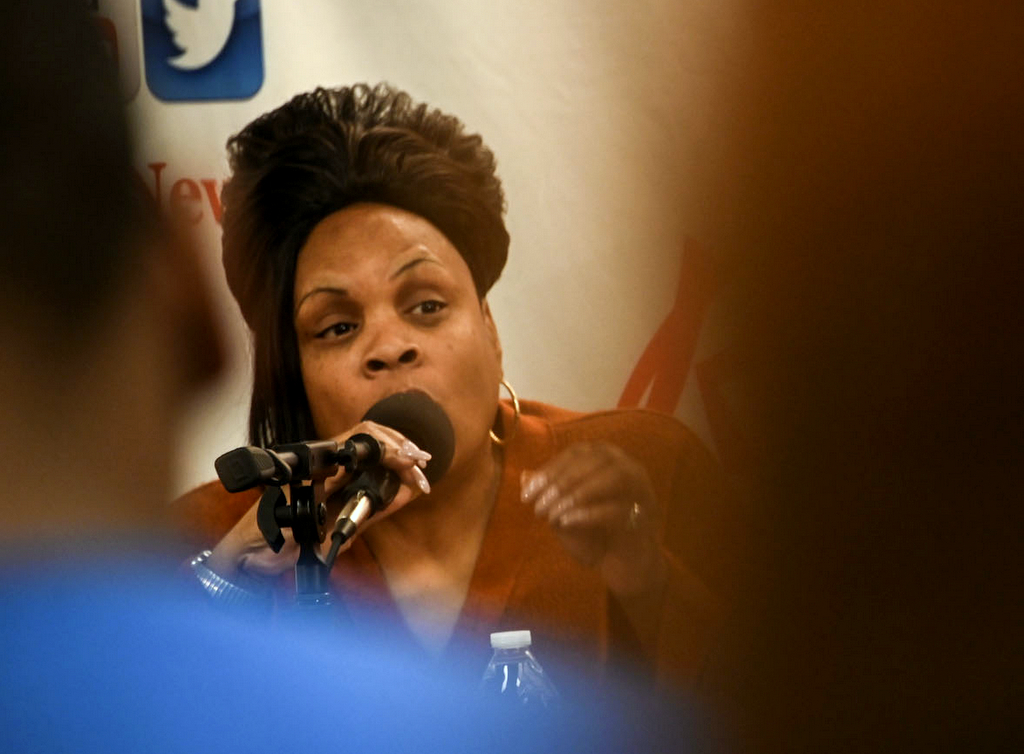 Church believes she deserved Clarke’s endorsement, saying Clarke came to Church and her mother in 2004, looking for help to return to an elected position on the City Council.

So when Clarke endorsed Ramos, it was a “slap in the face,” Church said, alleging that Ramos “knows nothing about the black community.”

“I’m sorry she feels that way,” the councilwoman said, acknowledging that the Churches helped her gain credibility with black voters.

“But it’s important to me,” Clarke continued, “that we have experienced, accomplished leadership of the next generation in what will be a very progressive City Council.”