City Council President Brandon M. Scott was pushed and punched by a campaign volunteer for opponent Sheila Dixon outside a mayoral forum in Baltimore on Wednesday, according to Scott and a witness to the altercation.

Scott said he was walking up to the Reginald F. Lewis Museum for the event when he was confronted by a Dixon volunteer named Michael T. Moore, who was wearing a red Dixon campaign vest.

Representatives for several candidates were handing out literature to people arriving for the event, which featured Scott, Dixon and others running in the 2020 mayor’s race.

“He prevents me from going in. He pushes me and then he swings at me,” said Scott, speaking about Moore.

Scott said he was not hurt, but he has filed a complaint with the Baltimore Police Department alleging he was assaulted.

Moore, speaking with The Brew by phone, acknowledged punching Scott, but said the Council president assaulted him first.

“Brandon Scott came out of nowhere – out of nowhere. He pushed me in the back,” Moore said. “So yeah, in self-defense I punched. I was standing my ground.”

Scott disputes that account, as does a witness who said he saw the entire encounter.

“In no way did Brandon Scott do anything to provoke this,” said Ellis Staten, who works for State Senator Mary Washington and was among about a dozen people leafletting at the museum entrance.

Scott said he waited to call police until after the event, not wishing to disrupt it.

Baltimore Police spokesman Jeremy Silbert said the incident is still under investigation and that the police report is not yet available.

Mayor Bernard C. “Jack” Young released a statement about the incident late today, making reference to a partial video said to have circulated in the wake of it:

“In light of a recent altercation between Council President Brandon Scott and a volunteer of another mayoral campaign, I have instructed the Baltimore Police Department to fully investigate this alleged assault of an elected official.

“In this time, when politics can quickly become divisive and bitter, we must always appeal to our better angels. The type of behavior displayed on the video capturing the altercation is disgusting and will be fully investigated.

“I am thankful that Council President Scott was not seriously injured.” 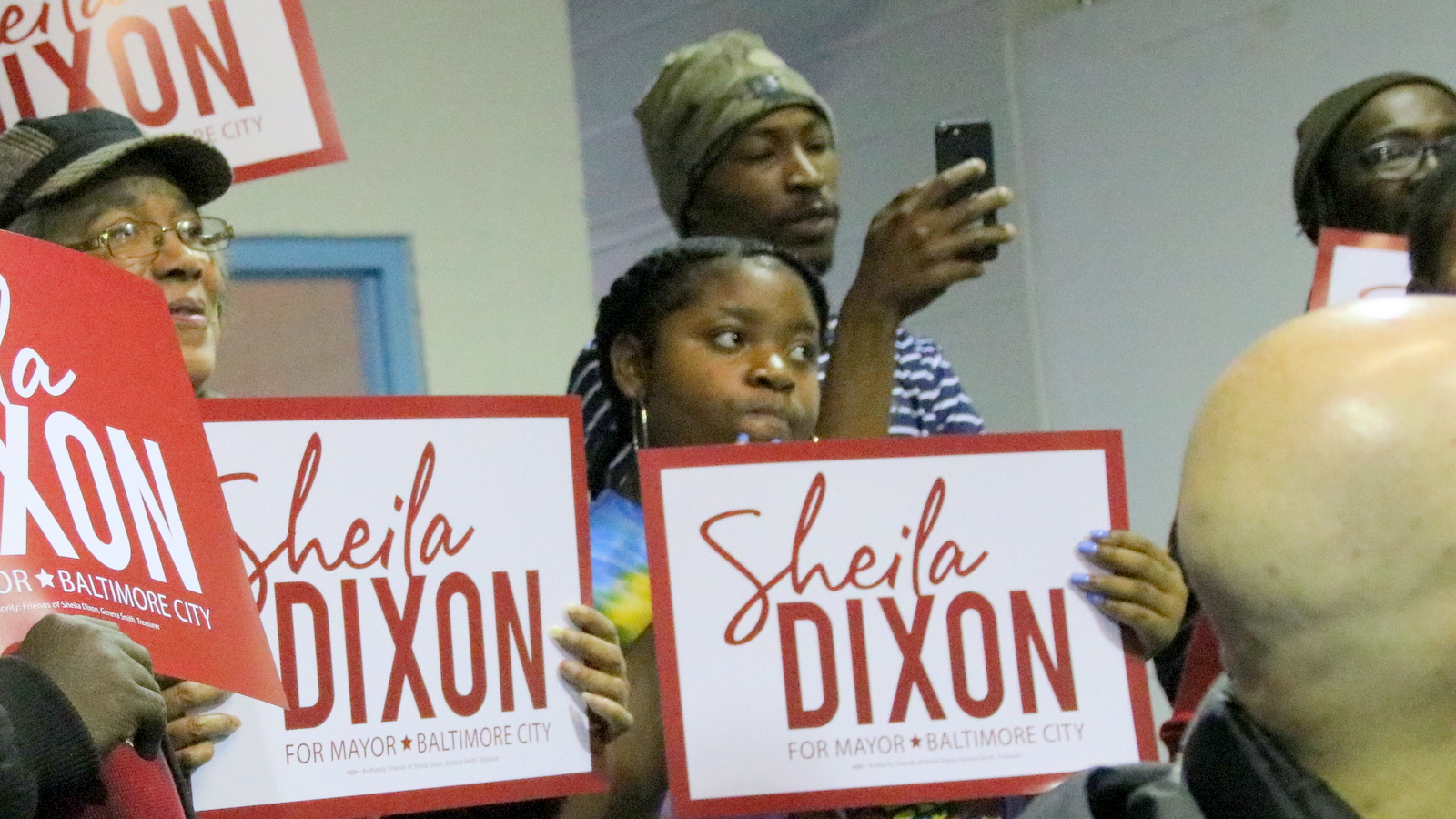 Scott and his communications director Stefanie Mavronis said they spoke Wednesday night with Dixon and with staffers on her campaign who apologized and told Moore to leave.

The next day, they said, they expected to get formal assurance from Dixon’s campaign manager that Moore will no longer be working for the former mayor’s campaign.

“Punching a candidate running for mayor is serious,” Mavronis said. “This needs to be dealt with. We are going to be having more of these forums.”

Also concerning to Scott’s team were threatening postings on Facebook, which were still up today, including one that says, “If I knew you wanted to fight I would have knocked you out, not tapped your jaw.”

Dixon: “This is unacceptable”

Speaking with The Brew, Dixon confirmed that Moore was a volunteer and said she told him he is no longer part of the campaign.

“I emailed Michael that night and told him, ‘This is unacceptable,’” she said. “I told him, ‘It doesn’t matter who started it, you don’t punch somebody.’”

She said she also asked him to take down the Facebook posts.

Dixon said Moore had worked for her campaign in 2016, but “I’ve had no dealings with him in the last several years.”

Staffers confirmed that photos showed him standing nearby Dixon at her campaign kick-off in December.

“He got an email to come just like everybody else who was with me in 2016,” Dixon said. “No one knew he was going to do this. Whatever is between him and Brandon, I have no knowledge about.”

Mavronis said Moore came to Scott last June seeking help with his motorcycle, which he said was impounded by police, but Scott was unable to assist.

“It was impounded by police in Baltimore County, not Baltimore City,” she said. “There was really not much we could do.”

As Moore tells it, there are other issues between the two men, including a lawsuit over a charity he runs that names Scott and other city officials.

“Don’t take me wrong, my heart is pure, but I hate bullies with power,” he said.

As this latest encounter plays out, Staten said he stands ready to tell anyone what he feels he witnessed.

“As Brandon approached, this guy pushed him pretty hard,” Staten said, recalling that Scott then tried to walk around Moore and go inside the building.

“But the guy blocked his way and then hit him in, like, the face or shoulder,” he said. “Then he pushed him and swung and I think hit him again.”

Staten said he then grabbed Moore and pulled him inside.

“I said, ‘What are you thinking? You can’t put your hands on him!’” Staten said. “There were seven or eight other people who saw it and they were amazed.”