Christa Daring said they weren’t sure how open or vulnerable to be in their testimony to the City Council’s health committee.

But about two hours into the informational hearing on the city’s response to the opioid crisis Wednesday, Daring took the plunge, sharing their story of becoming addicted, a story that’s become very common:

In 2005, they moved to the Pacific Northwest, where opioids didn’t at the time have as strong a hold on the community as they did in Baltimore. But soon enough, they fell back into addiction and lost friends to overdoses.

Today, though “sober from opioids for 15 years,” they’re still pained to learn of others taken by the disease.

“I can barely answer the phone anymore,” said Daring, executive director of the Sex Workers Outreach Project, starting to cry. “For many of us, the time for this has already run out.”

In 2017, Baltimore saw more drug overdose deaths than all but eight jurisdictions across the country, and it had the highest mortality rate in the country.

The synthetic opioid fentanyl was involved in the vast majority of Baltimore’s deaths from drugs and alcohol.

About twice as many people die of overdoses as die from gun violence in Baltimore.

At the meeting, the health department, Behavioral Health System Baltimore, Baltimore Harm Reduction Coalition and others told the committee about their responses to the crisis.

Among them: mobile clinics, syringe exchanges, naloxone training and distribution and various centers.

“It was a very heavy hearing,” Councilman Kristerfer Burnett, the chair of the committee, told The Brew. “It was hard to sit through.”

One strategy is the use of overdose prevention sites, where people can use drugs under supervision. There are none in the U.S., but no one has died in the hundreds of thousands of supervised injections that have taken place in such sites across the world. Burnett keeps the overdose-reversing medication naloxone with him every day in his car.

Adrienne Breidenstine, of Behavioral Health System Baltimore, said safe drug use, rather than no drug use, should be the goal.

“It feels like there’s more momentum behind the idea than there has been in the past,” she told The Brew, citing Burnett’s interest.

Councilwoman Mary Pat Clarke was enthusiastic about two drop-in centers, similar to overdose prevention sites, providing unconditional service, as well as food, to women who use drugs, trade in sex and/or are homeless.

“I want 25 of these in my neighborhood tomorrow,” Clarke said. “I think it would make such a difference.” 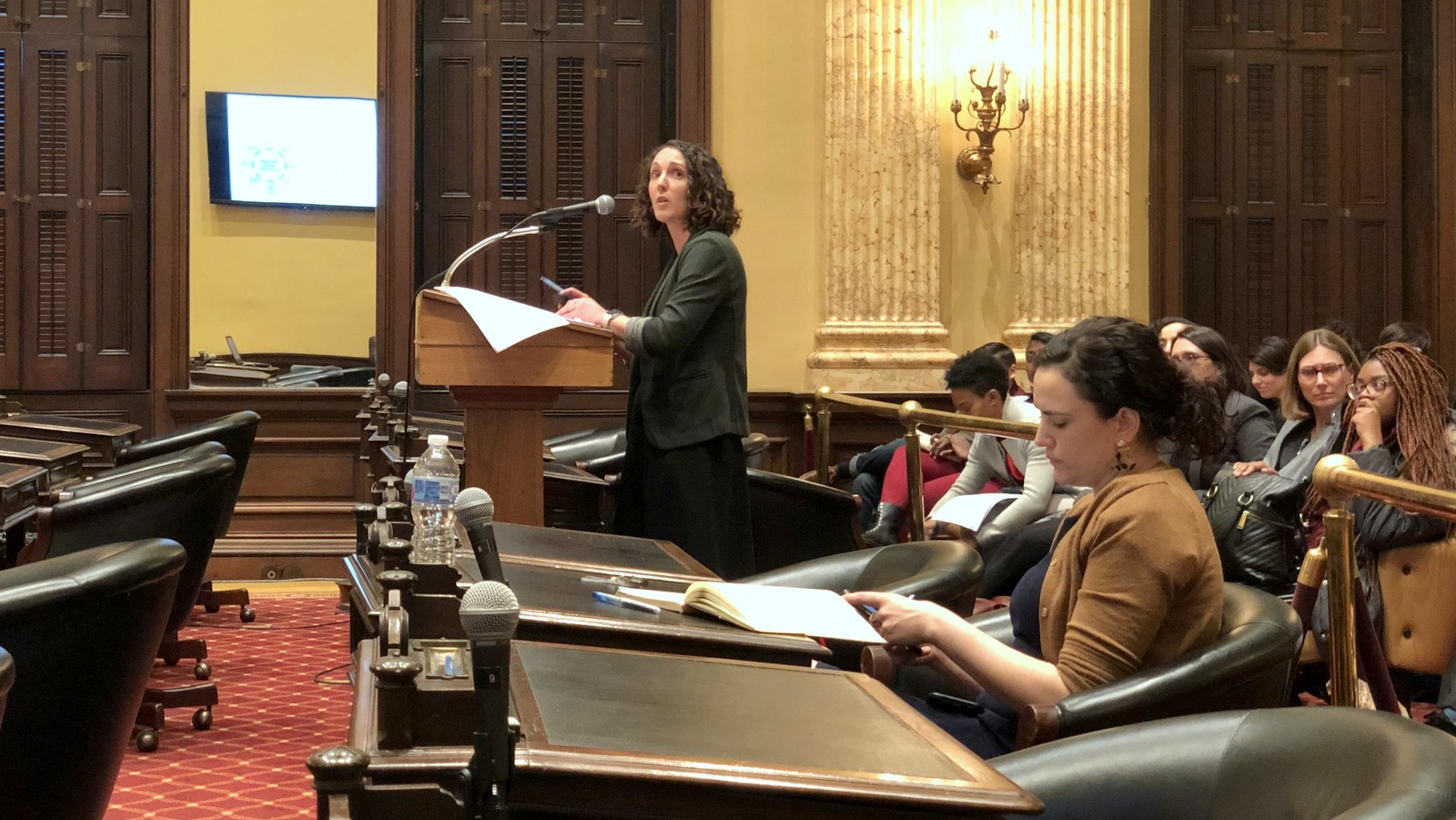 But Clarke asked tougher questions about the city’s crisis stabilization center, which began a pilot program, operated by the Tuerk House, in the spring of 2018.

People under the influence of drugs or alcohol can go to the center to become sober, stabilize and receive some medical care. Located in West Baltimore, the center can currently serve 10-15 people at a time, but is expanding to 35 beds in the next few weeks, Dzirasa said.

Could 911 send someone that’s not a cop?

Clarke was skeptical about the limits of the referral system, especially since police are not a referral source for the center.

Indeed, the police department’s consent decree with the U.S. Department of Justice recommends reducing police interaction with people who have behavioral health disorders, including addiction.

Because 911 is the primary way people seek help in emergencies, Clarke asked Breidenstine who people should call in the event that a neighbor has a mental health crisis or is “freaking out” under the influence of drugs. Could 911 send someone that’s not a cop?

“Who do you call to get that kind of attention? Clarke asked. “They can’t just watch without asking for help for that person.”

At least for now, Breidenstine said, the center offers a “very narrow scope of services,” which does not include mental health emergencies not involving drugs.

“How would someone know if someone’s eligible?” Clarke asked.

Clarke appeared frustrated at how little is available for those who urgently need support.

“Really,” she concluded, “there’s no help. And it just happens again.”