On the day a wrecking crew was set to demolish Cab Calloway’s childhood home in West Baltimore, mayoral candidate Thiru Vignarajah went to the site to call on city leaders to preserve it.

“It is a tragedy that over the course of time – in the name of development, in the name of progress – we have torn down one piece of history after another,” he said.

The home where the famous bandleader spent his formative years “should be preserved and celebrated,” Vignarajah said as a staffer recorded video of his statement.

The west side of the 2200 block of Druid Hill Avenue – where the Calloway home, crumbling and roofless, stands – was scheduled to be torn down starting yesterday.

But following a Brew story and a protest by the grandson of the late bandleader, the Department of Housing and Community Development called off the demolition at 3 p.m. yesterday – shortly before Vignarajah appeared on the block to speak.

Vignarajah pointed to vacant rowhouses across the street from the Calloway house that are being stabilized to “be rehabilitated so that people can live there.”

He said he asked a construction worker if there was anything different between the Calloway house and the similarly dilapidated structures owned by the Druid Heights Community Development Corporation (DHCDC).

“There is nothing different except they’re scheduled for demolition,’” Vignarajah recalled the worker saying.

Behind Vignarajah on a cellphone, connected online from afar, Calloway’s grandson Peter Brooks listened in.

He thanked the former deputy attorney general of Maryland for being a lone high-profile voice “that understands that the true value of anyone’s life is their legacy.”

Noting that much of the city is shut down because of the COVID-19 outbreak, Vignarajah called on city leaders to hold off demolition at least until the crisis is over.

“In the middle of a global pandemic, to try to rush this through was irresponsible,” he said, also demanding a historic review of the block and public hearings to allow community members and Calloway descendants to reflect on other options. 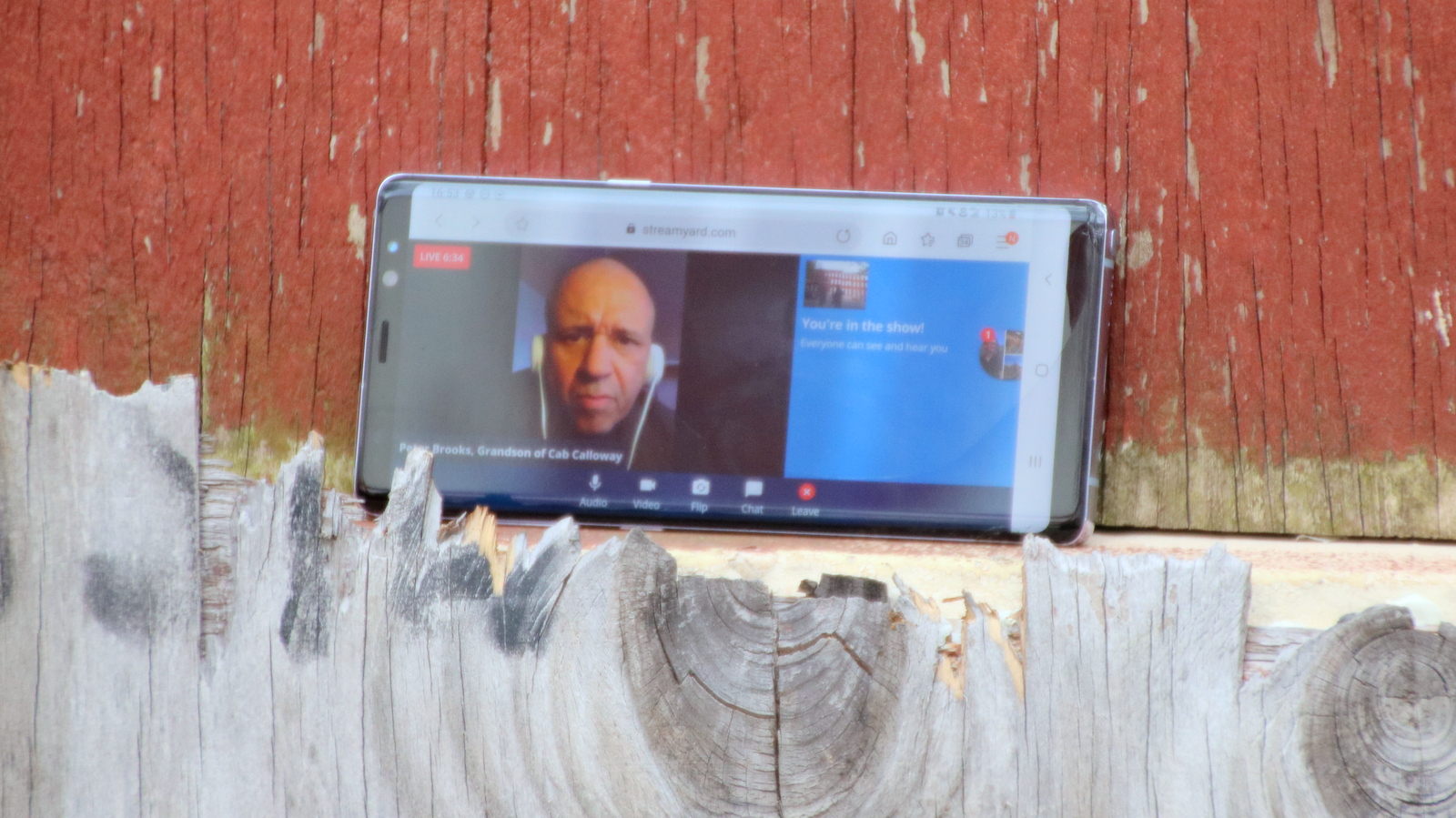 He said a preserved Calloway house could be part of the newly-designated Black Arts and Entertainment District along Pennsylvania Avenue.

“Now that it [the Arts District] has tax incentives and marketing opportunities, this house and block could be one of the anchors of the future of this neighborhood,” he said.

“We shouldn’t be making decisions rowhome by rowhome, block by block. We should be thinking about what we want this neighborhood to look like years down the road,” Vignarajah said.

MORE: With Calloway house teardown looming, an activist laments the lack of leadership that let it happen