For Valerie Evans, the last seven days have been an agonizing mix of fear and heartache.

“I’m so frustrated and so afraid. And my family is scared. They’re calling me all day, and I tell them I didn’t know it was this bad,” Evans said, referring to the news that 129 residents and 41 staff at FutureCare’s Lochearn nursing home have tested positive for COVID-19.

Knowing that the northwest Baltimore home, where her 72-year-old mother has lived since 2018, is experiencing one of the worst single coronavirus outbreaks anywhere in the country was bad enough.

But her inability to obtain any information about her mom’s condition has left her feeling helpless – and increasingly angry.

“My mom has a son, 14 grandchildren, sisters, nephews, nieces, and nobody can find out anything,” Evans said. “Knowing that she’s sick and nobody will communicate with us – it’s wrong.”

“Lochearn has 200 residents, and all of them have families with a right to know about their condition.”

City and state health officials say that they cannot release any information on the condition of residents at the nursing home due to privacy concerns.

Lochearn’s owner, FutureCare, which operates eight geriatric homes in Baltimore City and seven more elsewhere in the state, has made no effort to contact the Evans family, she says. The company has not returned repeated calls from The Brew seeking comment.

Noting that “Lochearn has 200 residents, and all of them have families with a right to know about their condition,” Evans said she is willing to go on the record about her experiences because “this code of secrecy is unacceptable.” 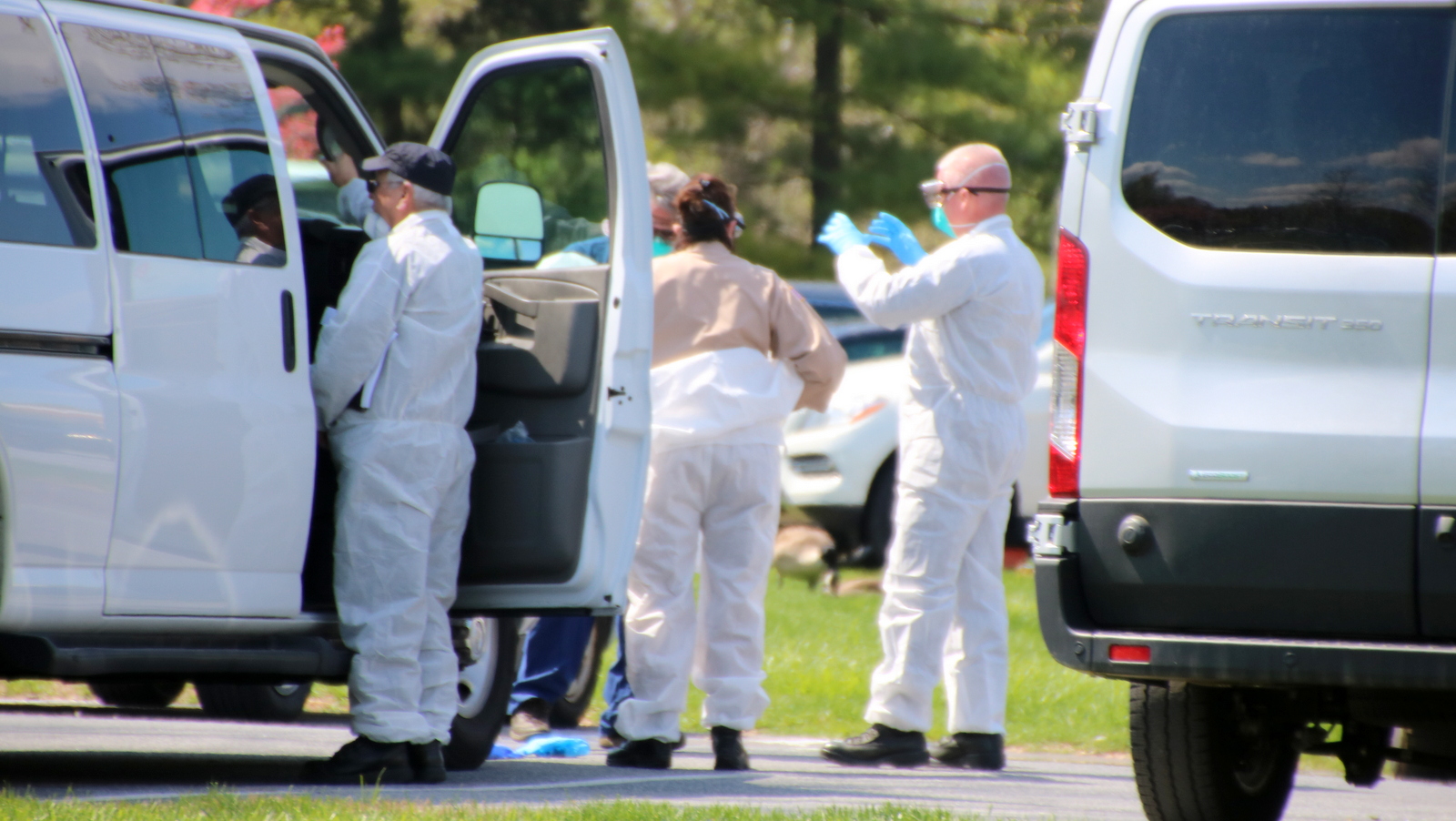 It was last Friday – during one of Evans’ daily phone calls to the facility following the suspension of all family visitations last month – that a nurse let slip that her mom had tested positive for the novel coronavirus.

On Friday and Saturday, her mom didn’t have a fever and was not coughing, but on Sunday Evans said she had a disturbing conversation with another nurse before getting her mother on the phone.

“She started talking about all my mom’s medical conditions and then said, ‘Do you think you should bring her home?’” Evans recalled. “It was like they were preparing me for her not to be here.”

“I said, ‘What do you mean? She was fine yesterday. What’s happening?’”

“I said, ‘What do you mean? She was fine yesterday. What’s happening?’”

The daughter soon got an answer from her mother, who called her and whispered that she was having trouble breathing and her heart “hurt.”

Evans said she was terrified because her mother had triple-bypass surgery a few years ago. So she began calling the main number – “I made back-to-back calls for five hours” – before she finally got through to a nurse at 11:30 on Sunday night.

“The nurse said her vital signs were good. But she also admitted they had put her on oxygen. I knew I was getting the runaround.” 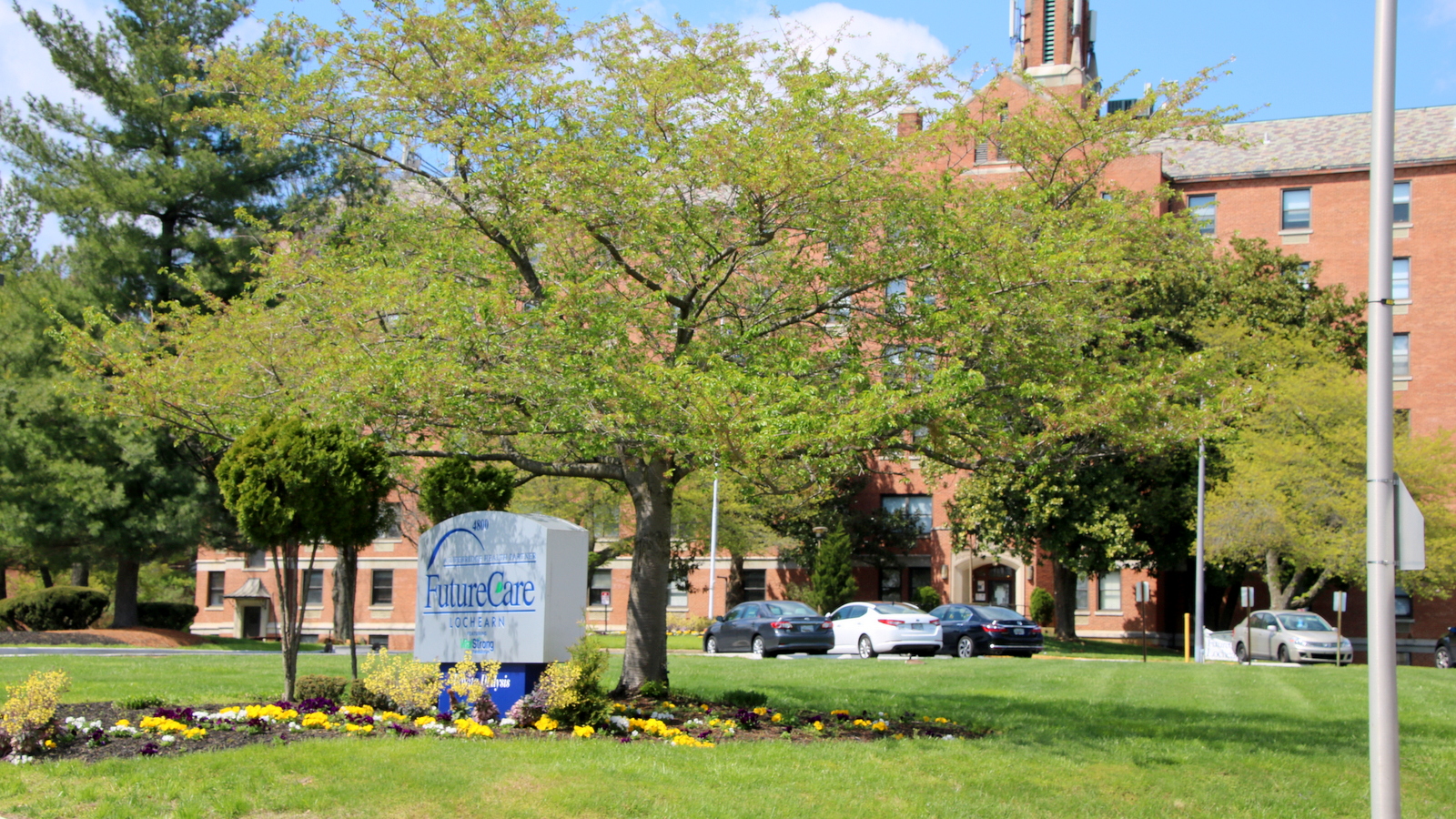 FutureCare Lochearn says that its rehabilitation services make it “an ideal choice for those who are recovering from a recent medical procedure or who require skilled nursing care on a long-term basis.” (Louis Krauss)

After family visitations were suspended last month as a virus precaution, Evans was told that a special ambassador had been assigned to her mother.

“They said the ambassador would be reaching out to me once a week to let me know how my mom was doing and to answer my questions.”

“The voicemail comes on – it’s full and you can’t leave a message. On and on it went. It was terrible.”

The ambassador, however, never called her, and now desperate for answers, she reached out to every staff member she could hope to reach – on Monday, then Tuesday, then Wednesday, then Thursday of this week.

“I’d try to get the director of nursing, and I’d get transferred and there’d be no pickup. Then I’d try the main office, and the voicemail comes on – it’s full and you can’t leave a message. On and on it went. It was terrible.”

“Still fighting for you”

FutureCare advertises its Lochearn facility as a center for comprehensive geriatric services, including a dialysis center for residents diagnosed with kidney disease.

Evans’ mother had been getting in-house dialysis treatments three days a week, but all that stopped last Friday.

“With her COVID diagnosis, they told me they’d take her to an outside facility. I expressed my concern about how they would protect her from being exposed to outside elements. I got no answers.”

Finally last night, for a fleeting moment, Evans was able to patch through a call to her mother by reaching the nurses’ station and getting the nurse to go to her room and hand her the phone.

On the other end, she heard her mother screaming, “Let me go. Let me go. Somebody please help me!”