Maryland saw a drop in unemployment claims this week, although jobless claims remained at record-high levels as the Covid-19 pandemic continues to cripple the nation’s economy.

For the week ending April 25, there were 37,225 new claims for unemployment in Maryland, down from 47,545 claims filed the previous week.

Since the state reached a peak of 108,508 claims in the week ending April 4, the number of filings has fallen steadily.

Nationwide, there were close to four million new unemployment claims this week, far greater than the 230,000 claims filed for the entirety of 2019. 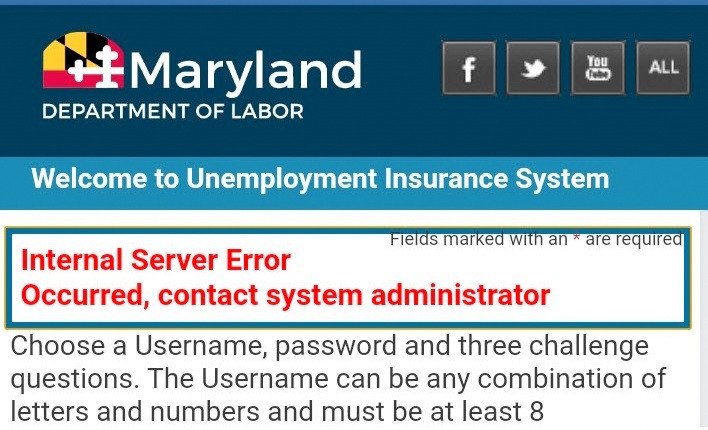 The surge in unemployment has created havoc for Maryland’s outdated online filing system – and headaches for tens of thousands of users.

To fix glaring problems revealed earlier this month, the Department of Labor launched the BEACON One-Stop claim portal last Friday, only to see it crash repeatedly.

State officials have been taking it offline every night for maintenance.

Yesterday, Gov. Larry Hogan acknowledged the portal snafu and, during an Annapolis press briefing, both defended his administration and apologized for its failings.

While Maryland has “been able to handle this volume better than many other states, it’s not good enough,” Hogan said.

“The IT contractor who developed this site, and the Department of Labor, have fallen short of the high standards we have set. The people of Maryland deserve better, and the buck stops with me.”

“The people of Maryland deserve better, and the buck stops with me”  – Gov. Larry Hogan.

Since the BEACON website launched, more than 245,000 accounts have been activated and more than 100,000 new unemployment benefit claims have been filed, Hogan asserted.

He added that the volume has resulted in the state processing 780 new claims every hour.

Even so, he said he wanted to tell residents who have experienced difficulties with the unemployment website this:

“With all the economic struggles people are already going through, they should not have to worry about getting the resources that they need and deserve.”