Originally from a small town in the Mexican state of Guerrero, Haydee Berdejo was in Baltimore for only a few weeks when the coronavirus disrupted daily life around the globe, hers included.

She had started her sophomore year at Baltimore City College in February, midway through the second semester. Still learning English, she found her classes hard to follow.

But she was getting the help she needed. She began to form relationships with teachers. She joined a Latinx student advocacy group and stayed after school to get help with homework.

Then the pandemic hit.

“I have a bit of a hard time understanding teachers in class,” she said, speaking to The Brew in Spanish. “They helped us after class and we went over the lessons. Now, it’s not like that anymore because classes are online.”

After Governor Larry Hogan’s stay-at-home order in March, Berdejo was cut off from school, lacking internet or a computer at home. She eventually received one of the thousands of Chromebooks the city is distributing to unconnected students.

In Berdejo’s household of eight – including four students – only one person at a time can use the internet, which they access through a cell hotspot.

Now she can do more of her work, but it’s much harder than before. In her household of eight, only one person at a time can use the internet, which they access through a cell hotspot. The four students in the house – Berdejo’s younger brother and two cousins – all need to use the Chromebook.

“It’s hard to coordinate our schedules,” she said. “It makes it so we can’t concentrate.”

As students are forced to stay home, those without internet or devices to access it are cut off from their classmates, teachers and friends.

And English learners without internet access face another layer of isolation: even when they do get connected, it’s harder to communicate. 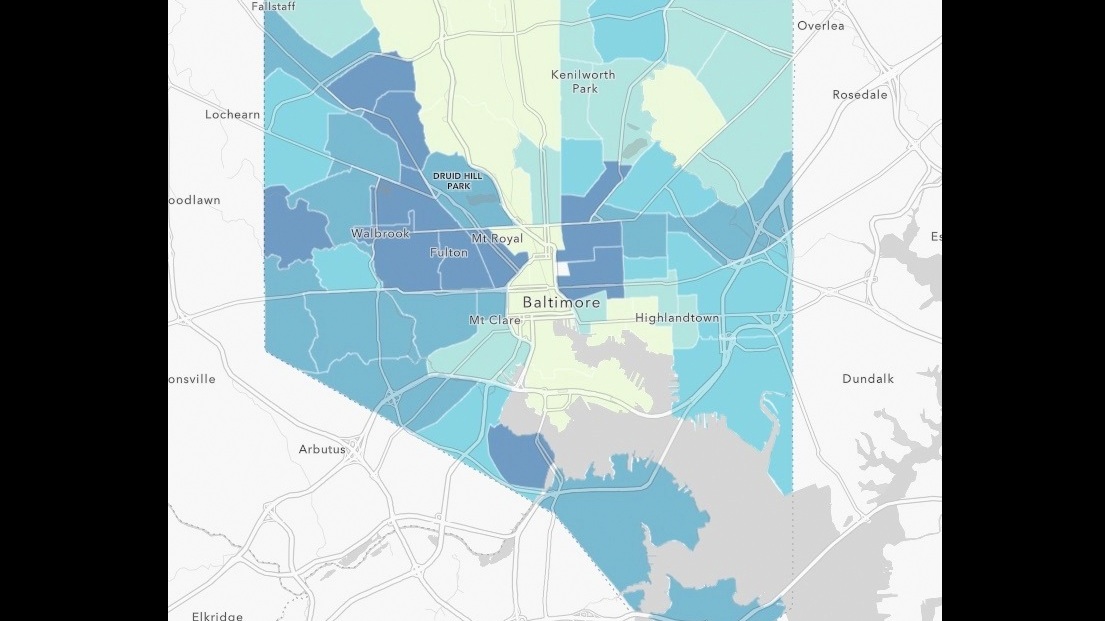 Lack of access to technology has cost thousands of students weeks of learning time.

At a recent board meeting, Commissioner Vernon A. Reid Jr. noted that nearly half of the city’s students aren’t online. Baltimore is ranked close to the bottom of 296 cities in terms of internet access by the U.S. Census Bureau.

Internet access is the worst in East and West Baltimore, the so-called Black Butterfly, where many school-age students live, a map (above) from the Baltimore Neighborhood Indicators Alliance shows.

“It’s hard to coordinate our schedules. It makes it so we can’t concentrate”  – Haydee Berdejo.

City teachers say attendance at virtual classes has been low, and they haven’t heard from some of their most engaged students.

Many of those who are connected are working on their phones, which makes learning that much harder.

The Council approved legislation, sponsored by Cohen and Scott, allowing the city to make an emergency withdrawal from the Baltimore Children and Youth Fund.

“Our children need food and digital access now, so this is a no-brainer for me,” Scott told The Brew.

Half of that $3 million will buy 3,500 more Chromebooks, according to Tina Hike-Hubbard, City Schools’ chief of communications. That’s on top of the roughly 25,000 the schools are now distributing.

The other $1.5 million will go toward internet access, regarded by many, including the United Nations, as a human right. “Access to information is as imperative to public health as electricity or water,” Hike-Hubbard pointed out. 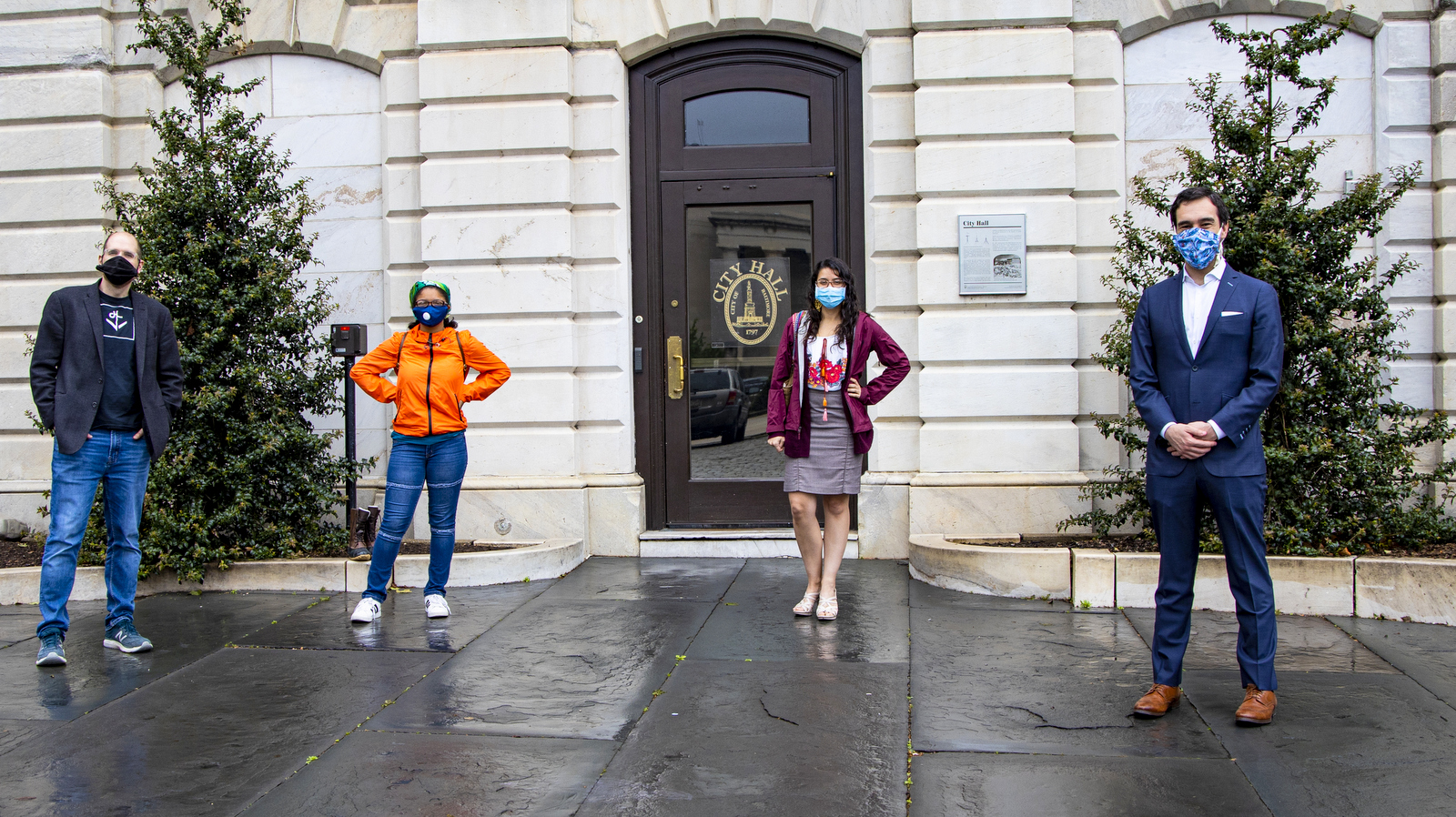 City Schools is partnering with the Digital Harbor Foundation, Open Society Institute-Baltimore and the Abell Foundation on a project to extend schools’ WiFi into their surrounding neighborhoods through mesh networks.

They are beginning with a pilot of four schools, some chosen because they have more English learners. The aim is to serve households within a third of a mile from the schools.

Andrew Coy, who runs the Digital Harbor Foundation, said mesh networks offer a cheaper alternative to Comcast, which has a de-facto monopoly in Baltimore.

Ultimately, though, the city should offer public broadband, he said. Maryland has most of the infrastructure, but building the “last mile” to serve every household would be expensive.

“There are students who would never ever even dream of missing a day of school, and now I haven’t heard from them for weeks”  – Franca Muller Paz.

School officials don’t want to set expectations too high for the pilot.

“This is something we’re excited about, and we are hopeful that it works, but we don’t know that it will,” said Sarah Heaton, director of strategy and continuous improvement. “Even if it goes really well, it’s probably not the only solution that will need to be available to our families.”

As Coy sees it, government and foundations need to step in because the kind of connectivity needed to nurture an educated workforce in Baltimore has not so far developed naturally.

“We are all better off if everybody can read and write and do math,” Coy said. “If you run a business, you expect people to be able to read. It doesn’t seem like the market system is working to provide the optimal solution.” 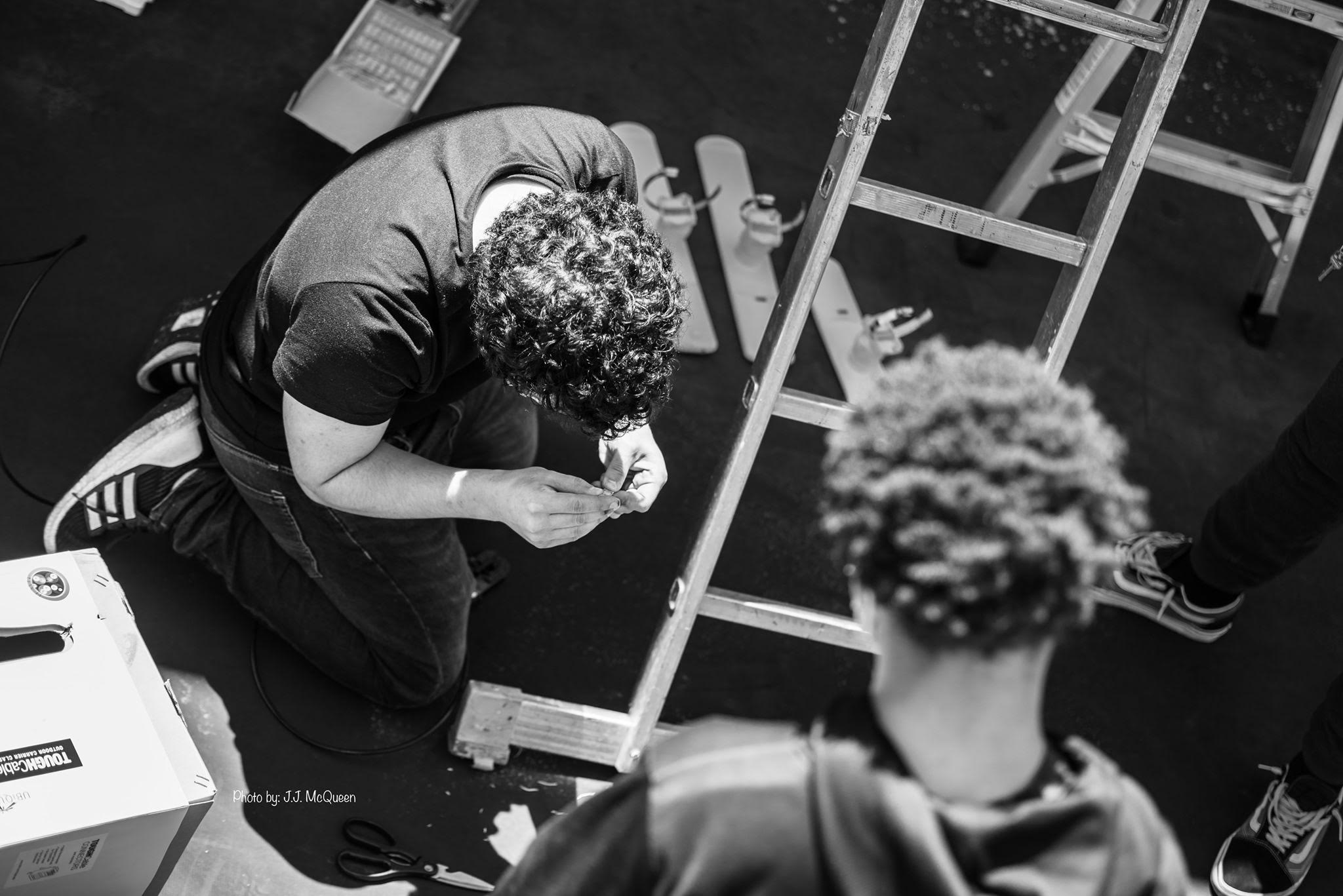 Since classes went online, teachers and school officials have been pressing Comcast to provide higher quality service to more people.

Comcast is offering a cheaper “Internet Essentials” package, which provides two free months of internet for families with children in school and then costs about $10 per month.

Teachers say the connections that Comcast is offering are too slow, especially for families with multiple students who need to livestream classes, often while their parents work from home as well.

“It’s not a solution. It’s not nearly sufficient for what the needs are.”

Muller Paz said Comcast’s eligibility requirements for Internet Essentials are a barrier for undocumented families, who are often reluctant to share personal information. During the pandemic, she has shifted SOMOS advocacy toward demands for better service from Comcast.

“It feels really bad,” Muller Paz said. “There are students who would never ever even dream of missing a day of school, and now I haven’t heard from them for weeks, [and I] assume it’s gonna be months.”

Only a Third Show Up

Natasha Escobar, a Spanish teacher at Benjamin Franklin High School and chair of Baltimoreans for Educational Equity, said about a third of her students have shown up at her online lessons.

Some of her students “have just fallen off completely.” She said she’s heard “a lot of stories of attempts to connect, but inability to connect.”

“It’s affecting me pretty profoundly,” Pally said. “Even when students are able to get onto the live sessions, they’re usually disconnected in minutes.”

Since she can’t have the face-to-face communication that makes language learning so much easier, Haydee Berdejo has been looking for other ways to learn.

She’s found smartphone apps and beginner videos, but they haven’t been as effective, leaving her lost in class.

She didn’t get a chance to share phone numbers with her classmates, many of whom also lack reliable internet, so they can’t talk about their assignments together.

“It’s harder now because I have to find other sources,” she said. “I have teachers that ask for class participation. And when I can, I try to respond in English.”