This question was posed to six major candidates in the Democratic mayoral primary at a virtual debate earlier this week:

“Can each candidate share their top five donors and why they think they’re getting so much support from them?”

Here are each candidate’s replies to that question, followed by financial information compiled by The Brew from the campaign reports that the candidates have filed with the Maryland Board of Elections.

The debate was sponsored by the Baltimore branch of the NAACP and the AFRO newspaper.

The data covers the period of January 2019 through April 21, 2020, the latest reporting date. The candidates are listed in the order of magnitude of money raised:

“I wouldn’t be able to list the top five donors. I know that we have a number of donors that have given the max of $6,000, but I couldn’t begin to reel off the names, though, and I have not actually studied the dollar amounts that closely and attached them to the names. So I can’t give you the top five donors, but I know we have a number that have given at the $6,000 level.” 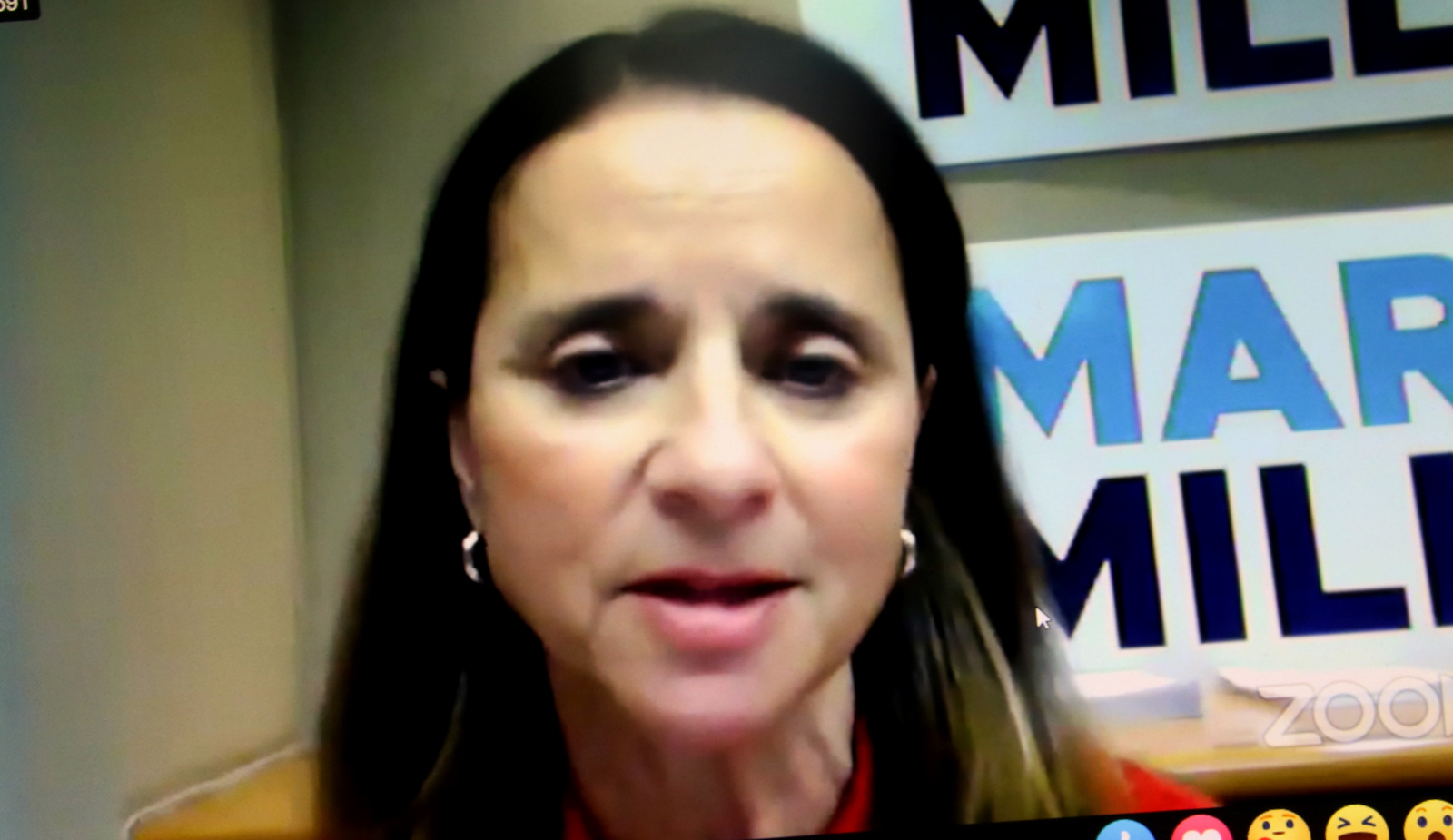 “I have not actually studied the dollar amounts that closely.” (Baltimore NAACP Facebook)

“Brandon mentioned the Arnolds. It’s absolutely true that they have given us money. They’re also giving money to Baltimore City. They’re worth $4.5 billion. They don’t need a contract from Baltimore City. They’re helping cities all across the world. And I’m really proud of the fact that we’ve gotten donations from people that care deeply about Baltimore at every level. That’s how you build a campaign, that’s how you build a coalition. And it’s the kind of coalition we’re going to govern all of Baltimore. Not just the White L, but all of Baltimore.” 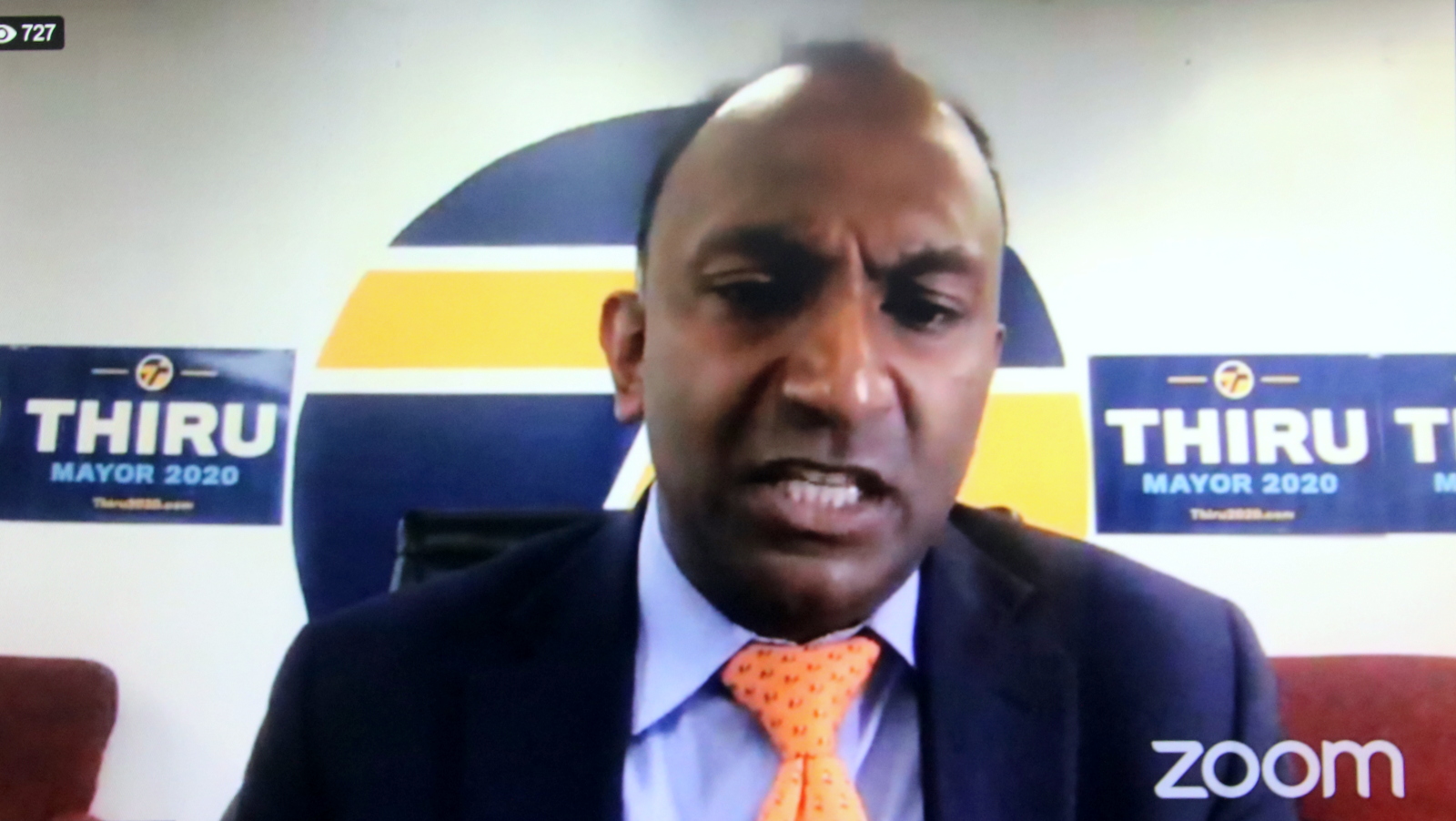 “We’ve gotten donations from people that care deeply about Baltimore at every level.” (Baltimore NAACP Facebook)

Amount self-contributed by the candidate – $6,000. 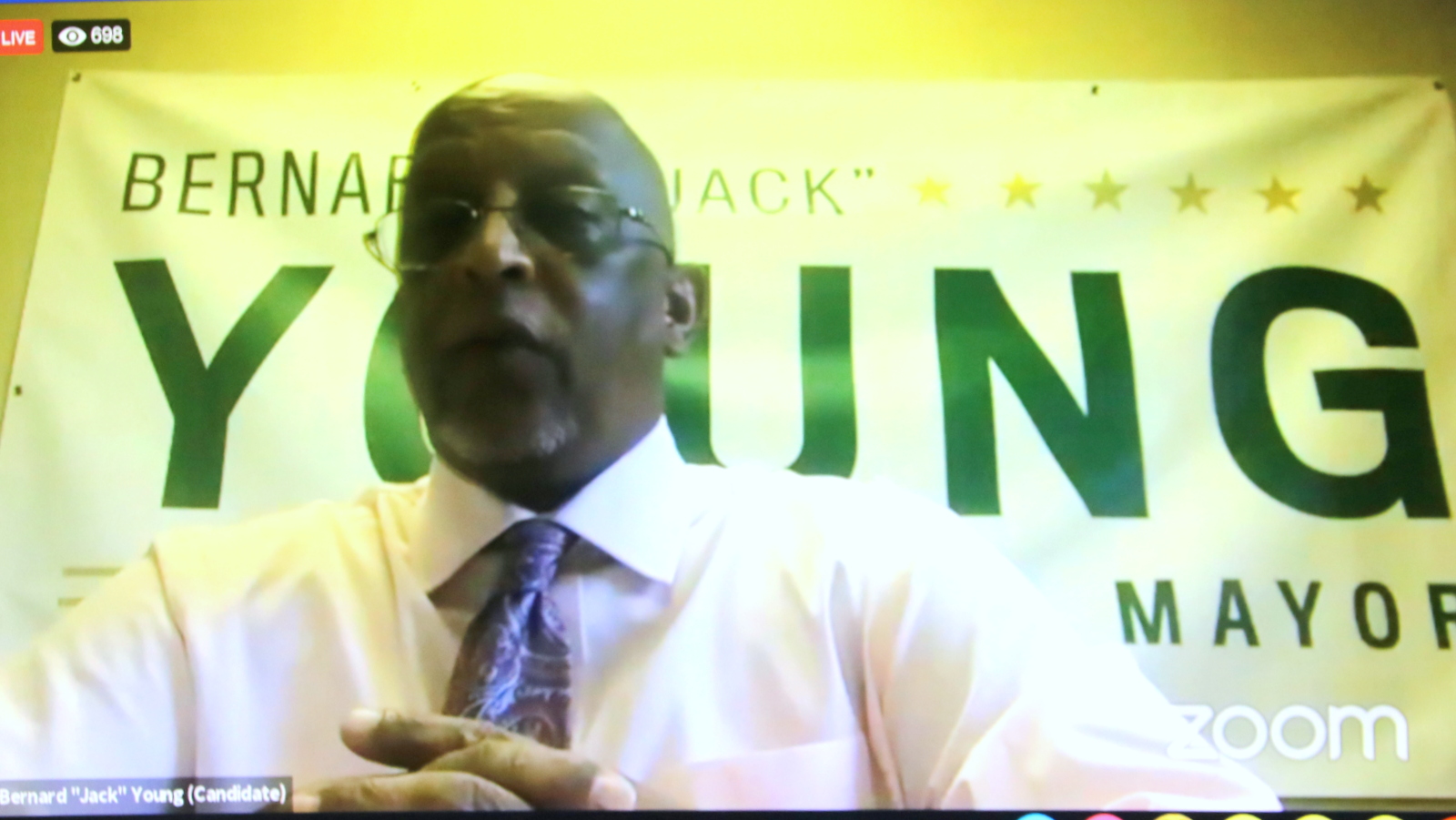 “I don’t know who my top donors are.” (Baltimore NAACP Facebook)

Background – Named to fill a vacancy at the Baltimore City Council in 1996; named City Council President in 2010 after Sheila Dixon resigned and was replaced by Stephanie Rawlings-Blake; named mayor in May 2019 when Catherine Pugh resigned. Lives in East Baltimore.

“Organizations that work for working-class people, that fought for the $15 minimum wage, that are fighting for workers rights, are my top donors. We are blessed to have their support and we are blessed to have the support of small donors. And my supporters are across Baltimore City, and they look like the City of Baltimore. We’re very proud of that fact. And I’m also glad that all of my opponents have now jumped on something we know we all need, something that I’ve been pushing on for years – to have BPD be a locally controlled agency.” 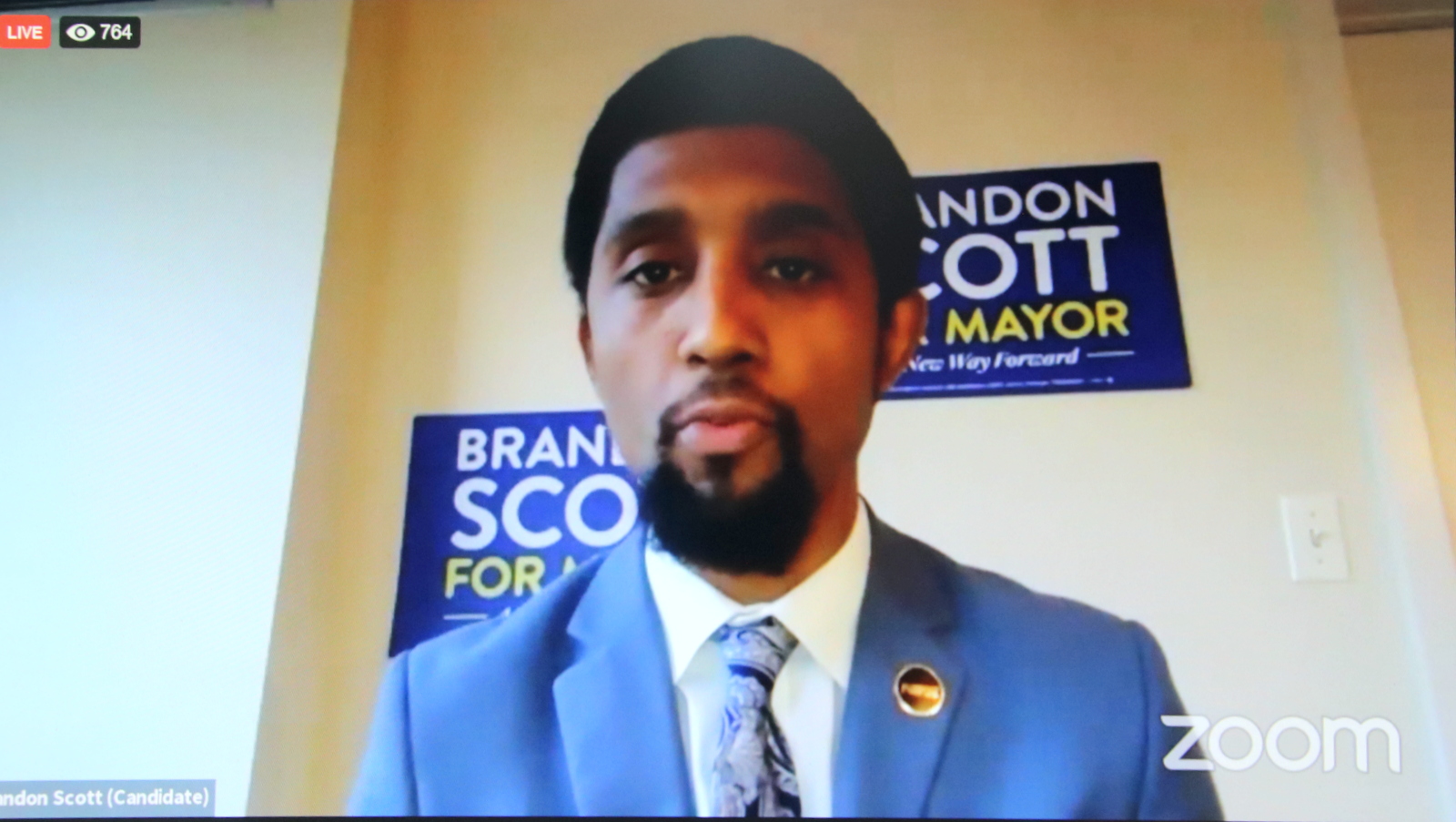 “My supporters are across Baltimore City, and they look like the City of Baltimore.” (Baltimore NAACP Facebook)

Amount self-contributed by the candidate – $2,000.

“Out of my 750 donors, 90% of those donors or 80% of those donors – ’cause I don’t analyze lists – are grassroots individuals who are from Baltimore or from the surrounding areas of Baltimore. But out of that 750, most of them are grassroots donors. And people can go on the board of election website and look at all of our donors. They’re listed there. I just don’t study that. You know, I just try to raise money to meet the goals that I’m trying to meet. But the majority of my donors are grassroots donors.” 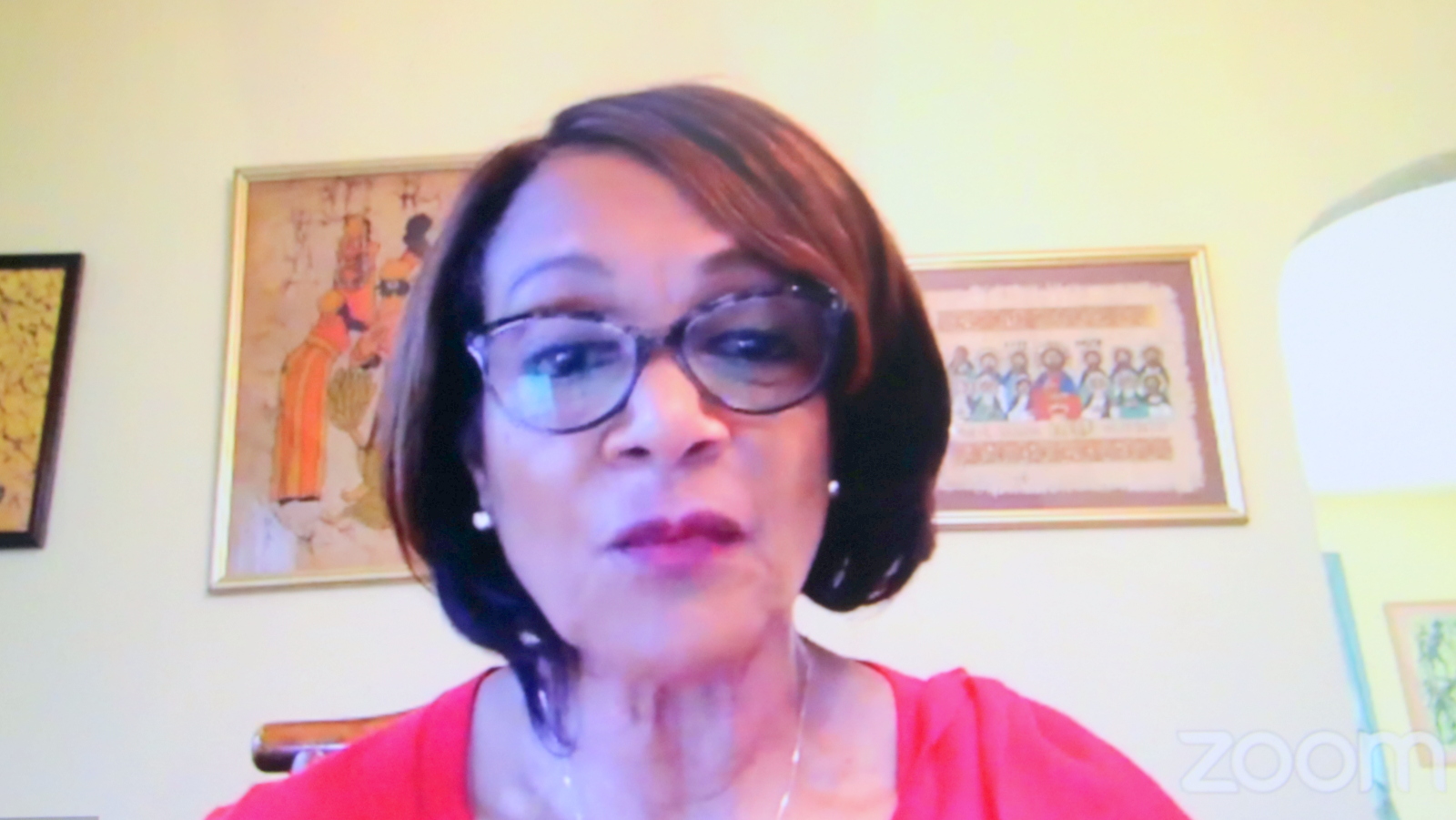 “I just try to raise money to meet the goals that I’m trying to meet.” (Baltimore NAACP Facebook)

Background – Elected to City Council in 1987; became president of Council in 1989; succeeded Martin O’Malley as mayor in 2007 when he became Maryland governor; convicted by a jury in 2009 of embezzlement for stealing gift cards; resigned in 2010 as part of a plea deal following that conviction and a guilty plea entered in a perjury case; failed comeback bid in 2016 mayoral race; currently works as marketing director of Maryland Minority Contractors Association. Lives in West Baltimore.

Amount self-contributed by the candidate – $2,534.

“Yeah, it’s relatively easy for me. It’s the people of Baltimore. I haven’t gotten any big, big donations, just very, very few – the fewest of any candidate here. I’m not an asset of big government or big money. I’m an asset of the people, so that’s where my money’s come from.” 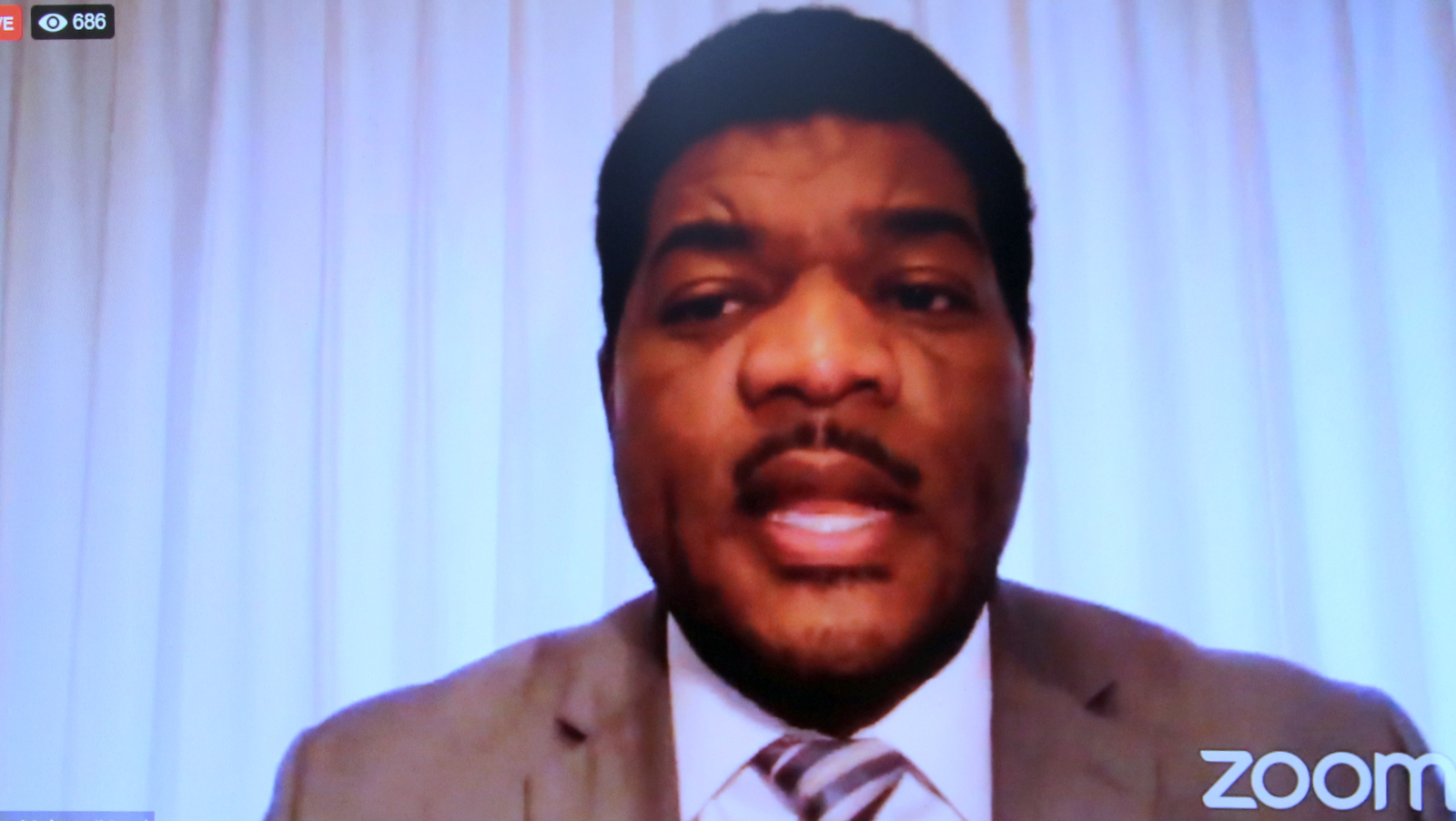 “I’m not an asset of big government or big money. I’m an asset of the people.” (Baltimore NAACP Facebook)

Amount self-contributed by the candidate – None.