The Political Action Committee that fired off $108,000 in attack ads against mayoral candidate Thiru Vignarajah, only to disband yesterday, was largely financed by former business colleagues of Mary J. Miller, a rival primary candidate for Baltimore’s highest elected office.

Between May 4 and 7, the Citizens for Ethical Progressive Leadership PAC raised $75,000 from three retired executives of T. Rowe Price, Miller’s longtime employer, and another $50,000 from the former CEO of Legg Mason and the co-chairman of Continental Realty Corporation.

Together with three smaller cash infusions, the group choreographed a burst of TV ads, digital advertising and an oversized mailer denouncing Vignarajah over his now well-publicized traffic stop on Greenmount Avenue last September.

PACs are supposed to be independent entities set up to favor or oppose a candidate, bill or ballot initiative. The activities of this particular PAC would likely have gone unnoticed were it not for a leaked email.

That email, penned by treasurer Martin G. Knott Jr., not only linked the PAC to Miller, but laid out a “simple” strategy of “targeting white voters” to “erode support” for Vignarajah and Brandon Scott.

“This is where our work is, moving voters from Brandon and Thiru to Mary,” Knott wrote, according to a copy of the email obtained by The Brew.

“Our poll confirmed that Mary is overwhelmingly the second choice of Brandon and Thiru’s voters,” Knott noted.

For Miller, the only white candidate among the frontrunners in the mayor’s race, the leaked memo was explosive, blowing up in the candidate’s face within minutes of it being reported online in The Sun.

“This is not who I am. Martin Knott does not speak for me or for my campaign,” Miller said in an emailed statement to the media. “From day one, our campaign has been about every Baltimorean – Black, White, Latinx and Asian.”

While Miller went on to say that “we had no involvement or prior knowledge of this” – “this” apparently meaning Knott’s pitch to contributors – the people who funded the attack ad were hardly strangers to her.

Henry Hopkins, James S. Riepe and Brian C. Rogers were high-level executives at T. Rowe Price during the same years that Miller was moving up the corporate ranks and, at times, shattering its glass ceiling for women.

Two of them – Hopkins and Riepe – sent their contributions from their Florida residences. 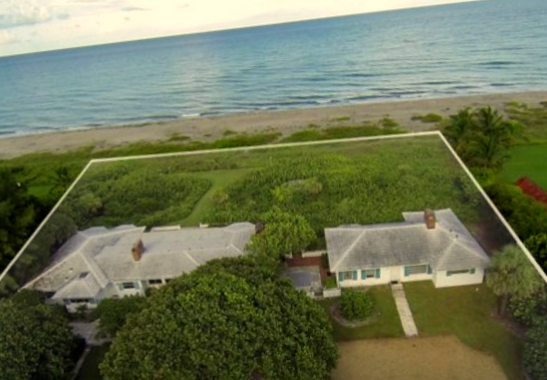 Henry Hopkins, retired chief legal officer for T. Rowe Price, owns this $11 million oceanfront residence at Hobe Sound, Florida. He wired $25,000 to the Ethical Progressive Leadership PAC on May 5, according to election board records. (bing.com)

Four other members of the PAC also had reached their maximum contributions to Miller.

Knott, retired Legg Mason CEO Mark Fetting, Continental Realty’s John Luetkemeyer and Brown Advisory’s William Reinhoff had doled out $24,000 to the Miller candidacy, according to her April 28 finance report to the State Board of Elections.

A PAC can raise unlimited sums of money from individuals, corporations and unions. In his case, Wyskiel made the first contribution ($10,000) to the Ethical Progressive Leadership PAC on April 30.

Before disbanding yesterday in the wake of the political blowback from Miller, Vignarajah and Scott – the latter two calling Knott’s email “despicable,” “disgusting” and a “whites only” strategy – the PAC had raised $135,000 and spent $137,219.

This included $109,000 in attack ads and $28,000 for a poll that, Knott claimed in his letter, showed that “Mary is in a position to win” – if she peels off enough white votes from Vignarajah and Scott in the June 2 primary.

In explaining why the PAC was shut down, Knott sent out the following message: 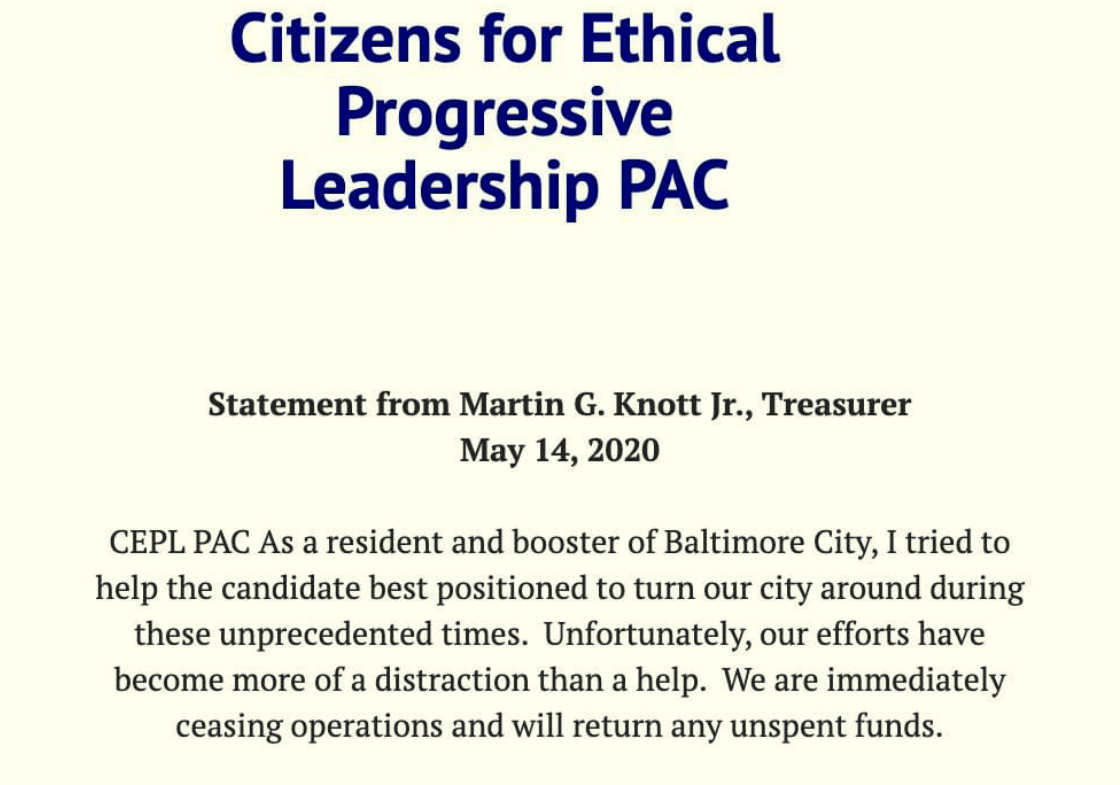