Since taking office last year, Councilwoman Danielle McCray has not been an active legislator. She has sponsored just three bills, all for zoning, according to data provided by the office of City Council President Brandon Scott.

McCray worked for Scott as a $49,000-a-year assistant when he represented the 2nd District. Last June she was sworn in after Scott ascended to the Council presidency following the “Healthy Holly” scandal that brought down Mayor Catherine Pugh.

It was no surprise to insiders when the Council panel nominated her to succeed Scott over 20 other applicants.

Now after almost a year in office, McCray faces her first election buoyed by union backing and her friends at City Hall.

She has more money and name recognition than her competitor, Tamira Dunn, a political novice who says McCray is evading voters in the district, which covers northeast and far east Baltimore.

Writing on Twitter on Monday, Dunn said a debate sponsored by the League of Women Voters with McCray was cancelled “because the appointed incumbent was unable to attend last minute.” As a result, there was no candidate forum anywhere in the district before the primary.

“What scheduling conflict could you have had when everything’s closed?” Dunn said in an interview with The Brew. “How are we voting for people if we don’t know who they are, what they stand for, what they’re going to do and what they have done?”

McCray said she learned of the May 18 debate date less than a week earlier and it conflicted with a meeting of the City Council. “I felt that I owed a duty to my constituents to be fully present and engaged at the Council meeting,” she told The Brew. 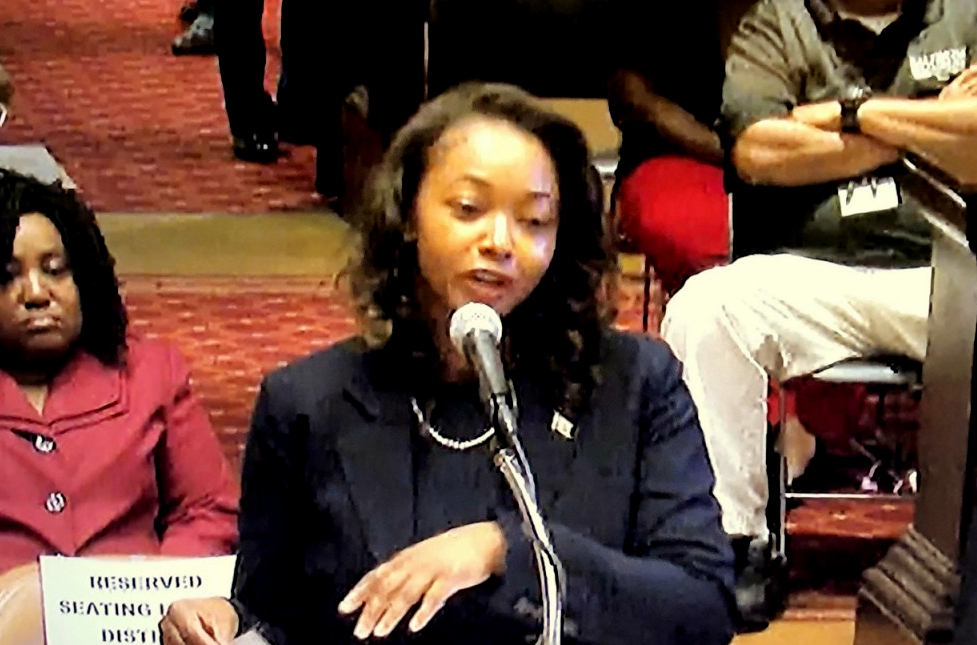 Danielle McCray testifies before the City Council committee that nominated her to succeed her boss, Brandon Scott. (CharmTV)

Entering the final two weeks of the campaign, McCray reports over $33,000 in campaign funds and says that she has spent about $25,000 over the last year.

The overwhelming bulk of her support comes via large donations from unions. Additional funds come from her Council colleagues and the BEST Democratic Club, which she co-founded in 2011 with her older brother, state Sen. Cory V. McCray (D., 45th).

The 35-year-old has often tied her public image to that of her brother, using, for example, the same purple-and-gold color scheme and nearly the same logo as his campaign.

Among her large donors:

• AFSCME Maryland Council 3 and Northeast Regional Council of Carpenters ($6,000 each).

She said she is prioritizing economic development, trying to “find ways to protect our 2nd District businesses as we recover from the pandemic” and working with the police department “to ensure that our neighborhoods are safe and well-resourced.”

McCray’s opponent in the June 2 Democratic primary founded a mentorship organization for young girls as well as a foundation in honor of a child she miscarried.

The 33-year-old Dunn says she is running for office “so that I can advocate for the young people who feel that they aren’t able to thrive because of the lack of resources.” 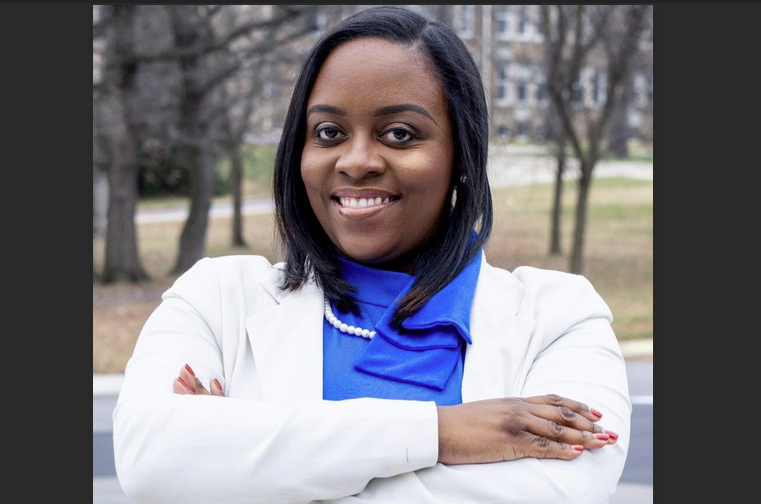 Tamira Dunn says people of the 2nd District “don’t feel they have a voice.” (tamirafor2nd.com)

She wants to bring a library back to the district, increase lighting to prevent crime and create community parenting workshops. She has the support of former mayor Sheila Dixon.

Dunn has brought in about $21,000 during the campaign and spent about $11,000. Most of it came from small individual donations, with the exception of a $4,300 contribution from a city resident who lives outside of the 2nd District.

“Any suggestion that my campaign removed another campaign’s sign without permission from the owner is entirely false”  – Danielle McCray.

In February, a Dunn campaign sign outside a bar on Belair Road was removed, leaving only the McCray sign at the location.

Dunn tracked down store surveillance tape that showed a woman ripping down the sign from a fence and tossing it in a dumpster. Dunn told WBAL-TV that an aide to McCray removed it – something the councilwoman did not deny, instead asserting that the sign was illegally posted.

“The property is owned by a personal friend and campaign supporter of mine,” said McCray, who has “confirmed on multiple occasions that my campaign is the only campaign with permission to post a sign at that location. Any suggestion that my campaign removed another campaign’s sign without permission from the owner is entirely false.”

Melissa “Mel B.” Bagley is also on the June 2 ballot.

A 2016 candidate for the same position, Bagley has not filed financial reports required by the State Elections Board, according to agency records.