That has conferred power on those who write checks to candidates or purchase tickets at political fundraisers and, by so doing, can enjoy special access to elected officials and even win lucrative contracts from City Hall.

You can see that power at work if you know where to look – namely, in campaign finance data and filings.

You’ll be able to see who your City Council member’s allies are, whether they have big money or grassroots support, or if they’re backed by unions, developers, contractors or others.

During the 2020 primary season, The Brew has written extensively about candidate fundraising and spending. But you also can find that information on your own, and it’s easier than you might think.

Campaign finance information data for Mayor, Council President, Comptroller, City Council, House of Delegates and Maryland Senate candidates and other offices can be found on the Maryland Board of Elections website.

From the home page, click on the Campaign Finance tab. 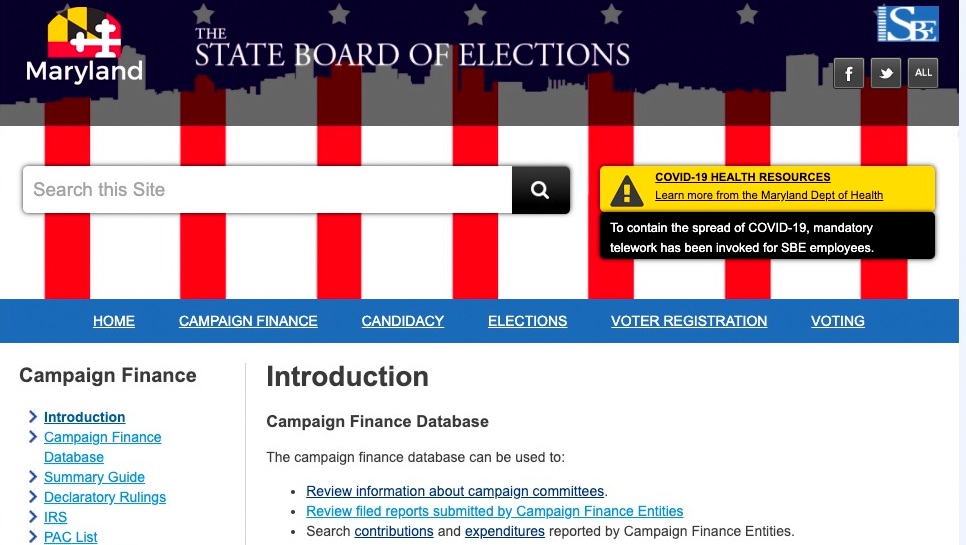 Type in the last name of the candidate you want to learn about, and click on the official campaign account name, which should appear as a drop-down option.

Click where it says their name and review their campaign registration information: their address and contact information, as well as the names of their treasurer and campaign chair. Here, you can also see if they have any penalties.

Scroll down to where it says “Filing Information.”

As you can see, Baltimore Comptroller Joan Pratt’s most recent filing is her 2020 Pre-Primary 2 report, covering the period between April 22 and May 17. Click to download the PDF. 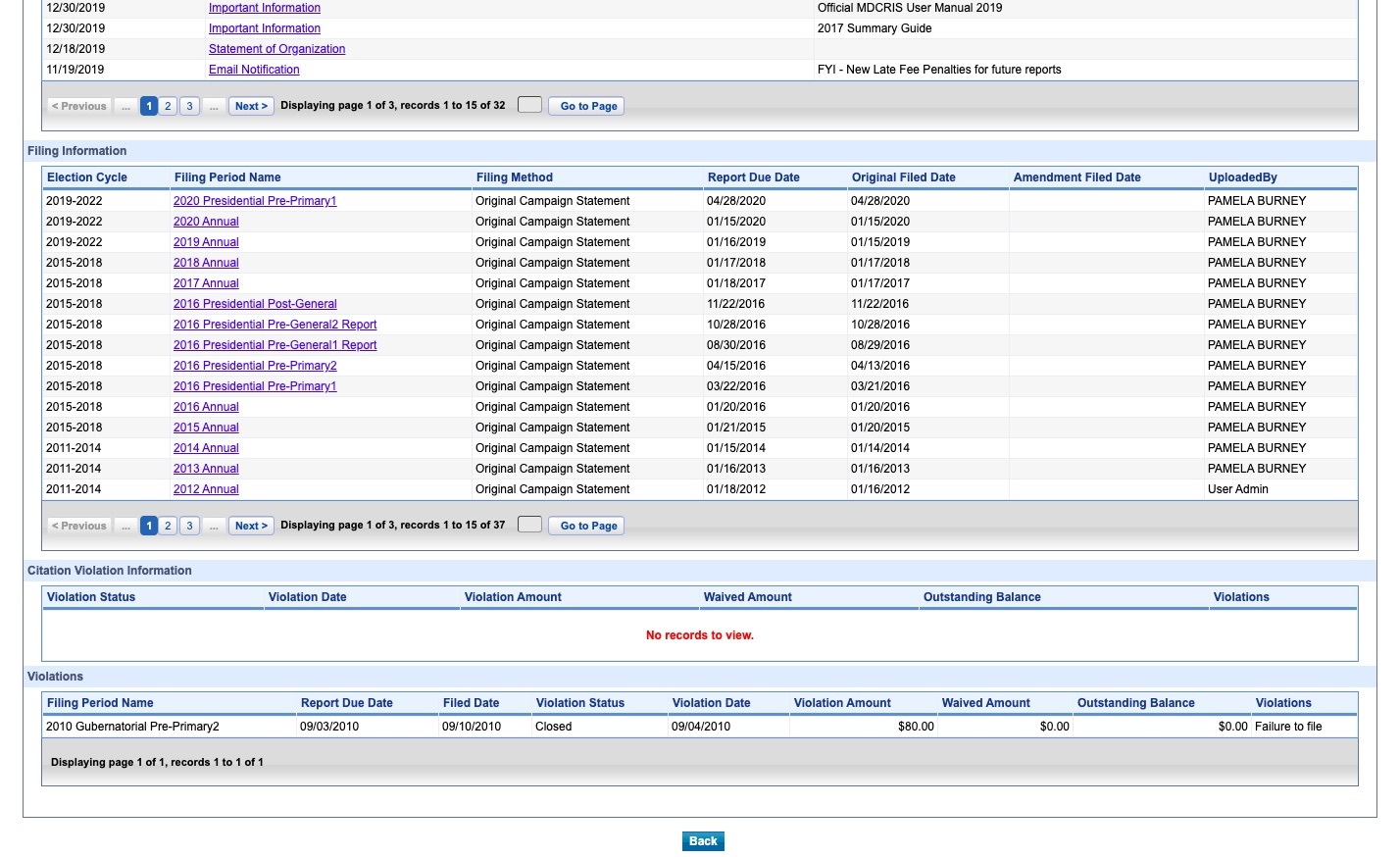 The data in the PDF filings can also be downloaded and analyzed.

Where you clicked on “review information about campaign committees” earlier, now click to search contributions or expenditures. 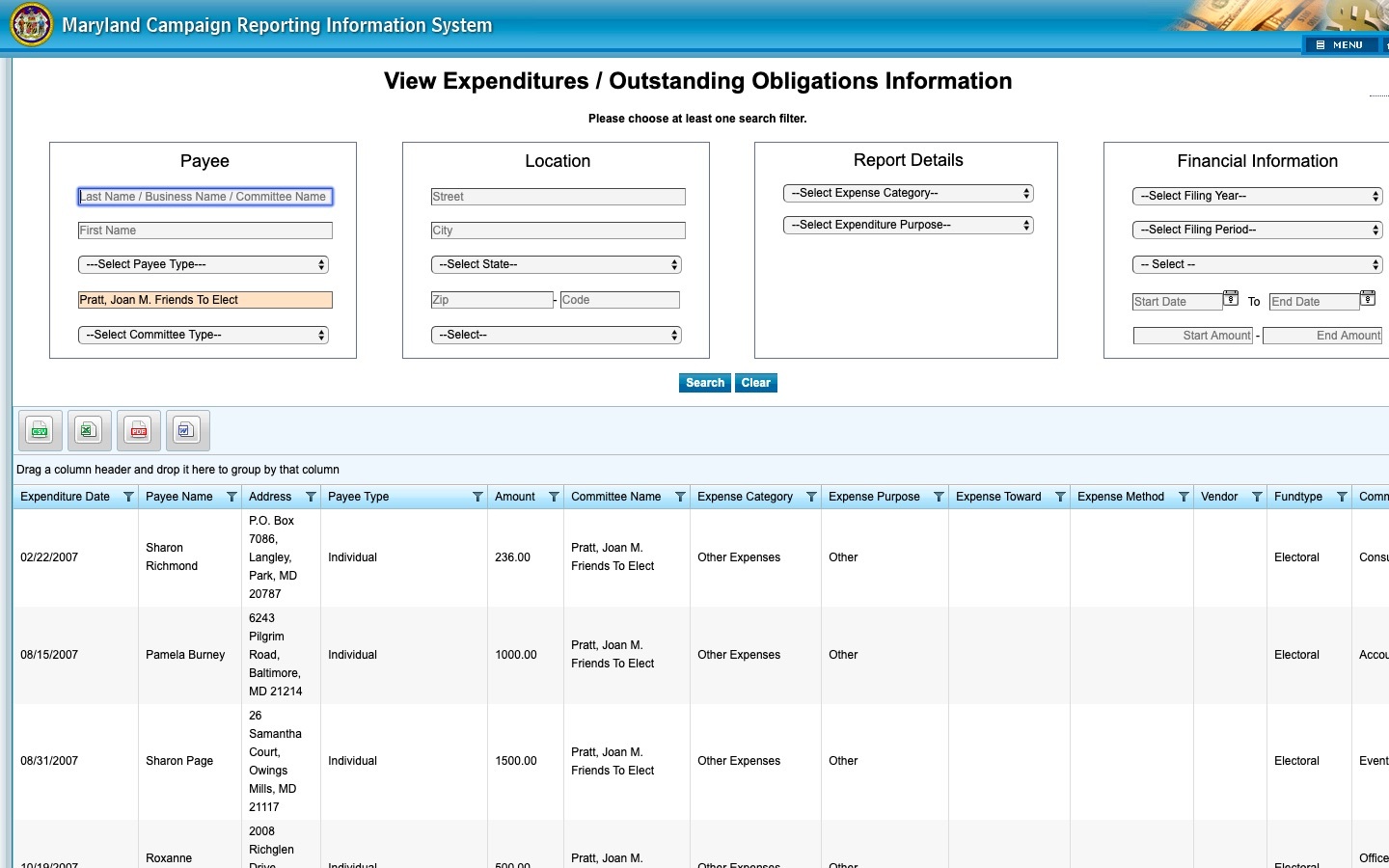 Here, you can see entries for each expenditure that Pratt has made from her campaign account. Download the data as a .csv or .xlsx  and analyze it in Excel, Google Sheets or another program.

You can order contributions from largest to smallest, see what percentage of a candidate’s campaign funds came from large contributions or find out how much comes from out of state.

(Warning: sometimes the site spits out irrelevant info about the wrong candidates. You’ll have to refresh a few times to get what you want.)

Campaign finance info about your representatives in Congress can be found on the Federal Election Commission website, which offers a more user-friendly interface than the Maryland State Board of Elections.

Click on the Campaign Finance tab, then on Raising, Spending, Filings and reports or another tab. As you did on Maryland’s campaign finance site, you can download raw data or PDFs for candidates, PACs and anyone else financially involved with a political campaign. 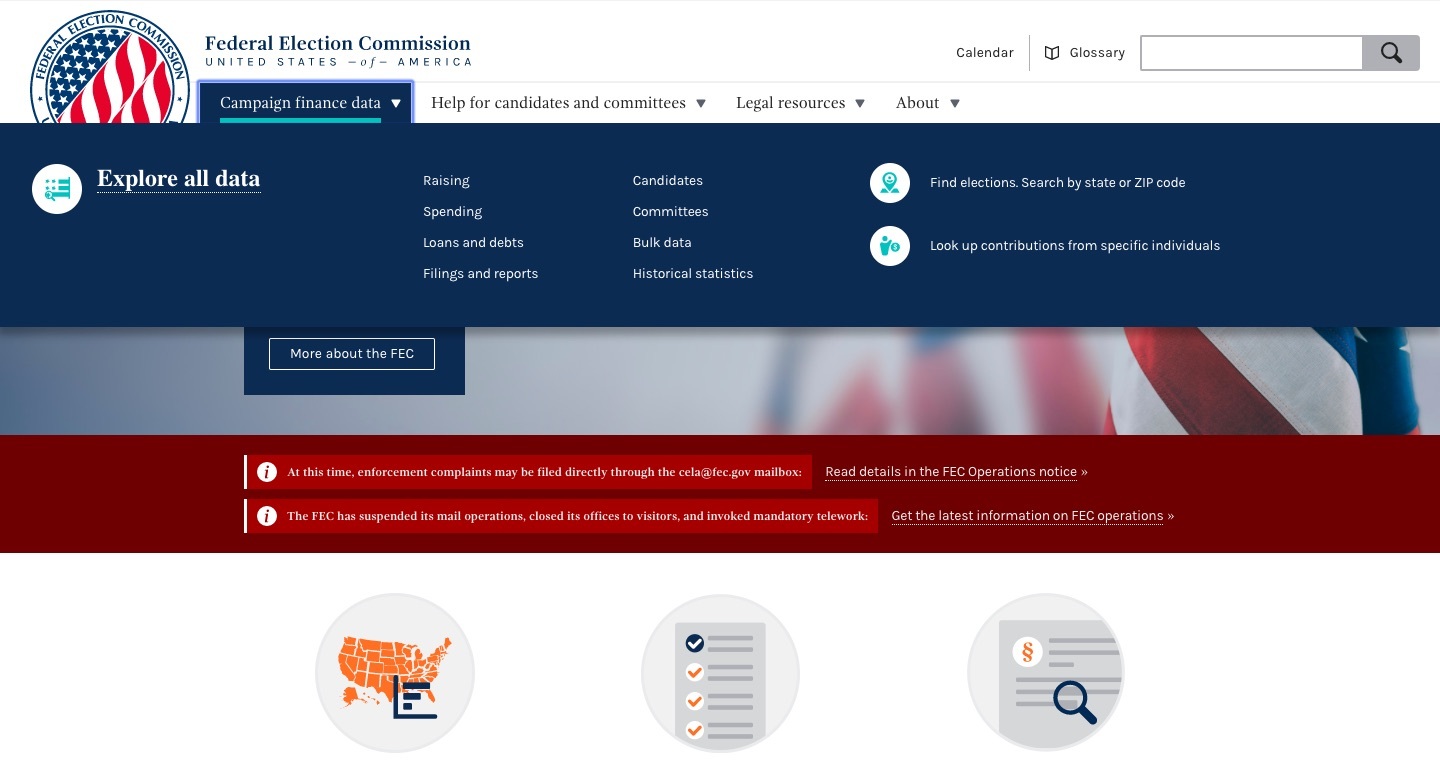 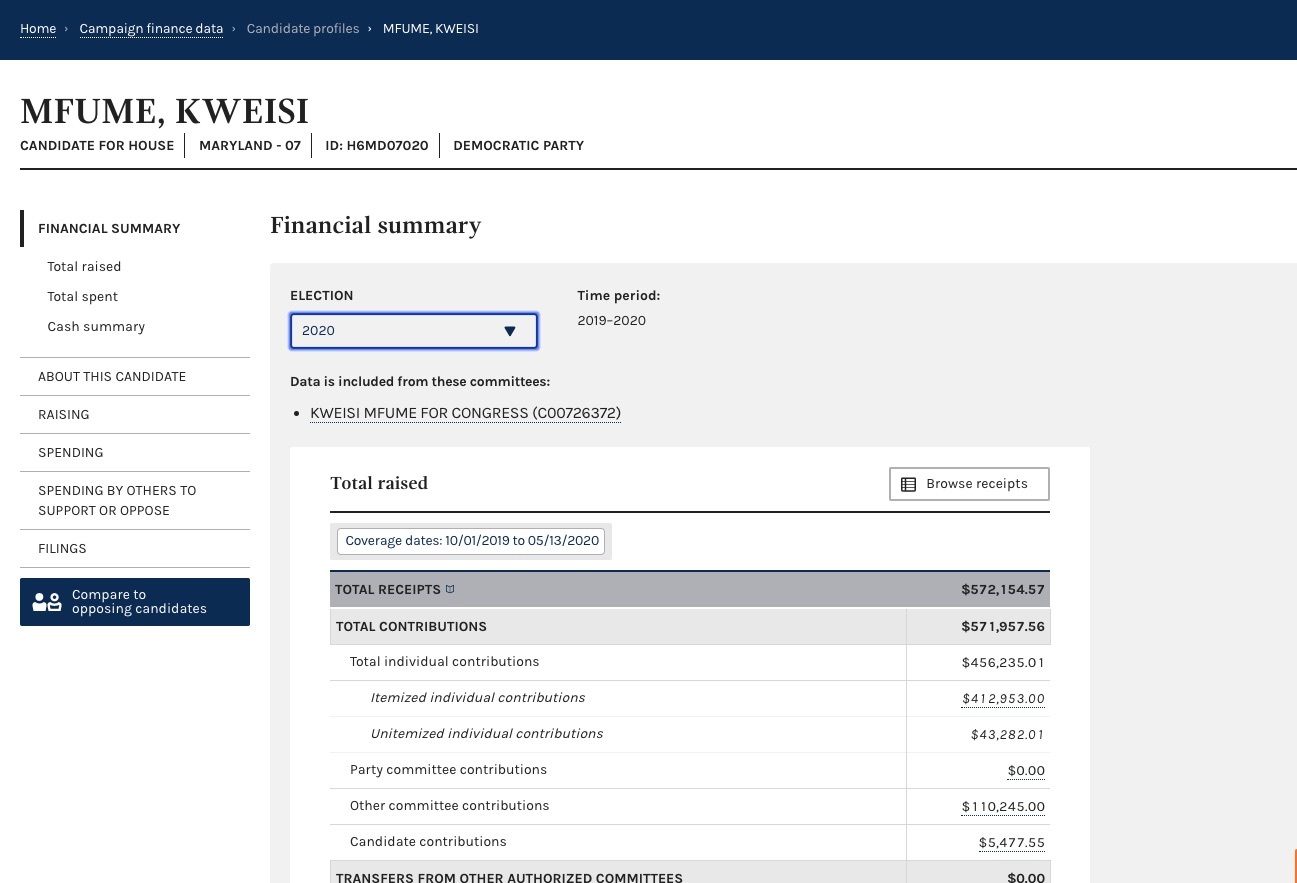 What to Look For

A lot of meaningful information may be hiding in plain sight.

For example, high-dollar contributors often coordinate with their spouses, family and colleagues to circumvent Maryland’s $6,000 limit for donations to a single candidate in a four-year presidential cycle.

Atlas Restaurant Group owner Alex Smith and his family, for example, frequently employ this strategy to fund candidates such as Paris Bienert. They also use LLCs to conceal their contributions. Search addresses, rather than names, to find multiple contributors with the same address.

When you come across an obscure-sounding LLC, you can use Maryland’s Business Entity Search to find the name of the owner or registered agent. You can also search the address from which an LLC contributed using Maryland’s State Department of Assessments and Taxation database.

By patiently perusing campaign data, you can begin to see patterns and become a better informed voter in the June 2 primary and beyond.