“I am not confident with the mail,” said Sandra Conway, explaining why she had come to Edmondson High School to personally hand in her mail-in ballot during today’s primary.

As of today, she said, her sister as well as some friends had not received their ballots in the mail.

“That tells you they don’t have it together,” said the 59-year-old, they referring to state and city elections officials. “And that makes me nervous.”

Standing outside the high school, 8th District Councilman Kristerfer Burnett said he has been hearing about similar problems over and over.

“It’s been overwhelming,” he said. “People have been telling us they have gotten no ballot or the wrong ballot,” meaning a ballot that lists candidates from another district.

“I thought it would be quiet over here,” he said, looking at a line of voters that stretched the equivalent of two city blocks. “It’s very disappointing.”

“I thought it would be quiet over here,” said Councilman Kris Burnett, looking at a line of voters that stretched two city blocks.

Glenera Jackson, a spry 71-year-old, said she received no ballot in the mail, but her deceased sister did.  “I am waiting on this line to get to somebody who can tell me why,” she exclaimed.

Conway said she drove from her Ten Hills home to the school, a familiar place since she grew up nearby and graduated there in 1978.

Education is a top priority for Conway. She said the quality of teaching at the school has deteriorated since her day and the brick campus, opened in 1955, should be replaced. 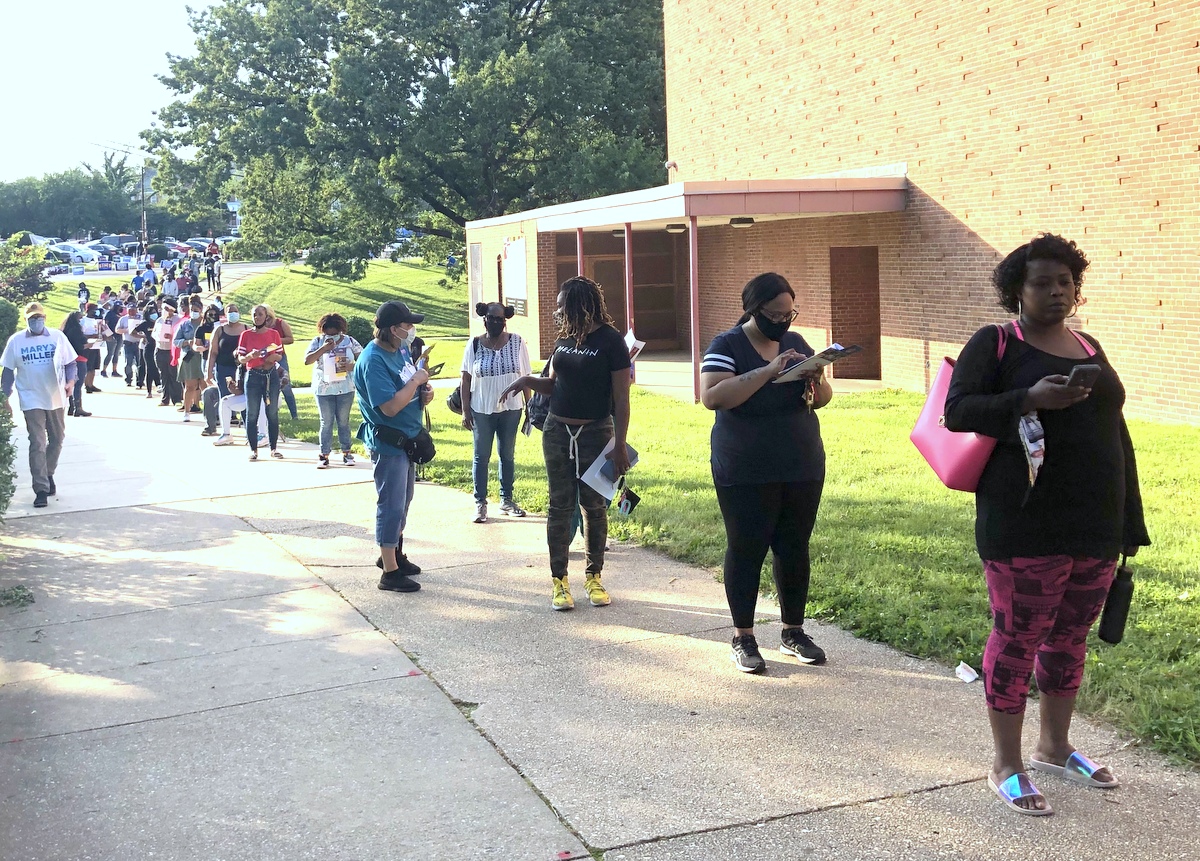 Some of the voters outside Edmondson High School. The Brew counted 249 people waiting in line to vote at 6 p.m. (Fern Shen)

In addition to improving education, Conway said she wants Baltimore’s next mayor to bring economic development to places like the Edmondson Village Shopping Center, a former showcase of the Westside that now sits partly vacant near the high school.

“We need change,” she said, noting that Mary Miller, the former T. Rowe Price executive who has mostly self-funded her mayoral campaign, could break the mold.

“Her experience with financial matters could really help us. There’s so much money mismanagement in the government, she could straighten that out, too,” Conway said, adding that she “definitely was not voting” for Joan Pratt, the longtime city comptroller.

“I mean you’re supposed to be preventing mismanagement. That’s your job, and yet you’re allowing it to happen.”

Meanwhile, still waiting on line was Jackson, hoping that her patience would be rewarded by having her primary vote count.

“You know, I’m in good shape. So I ran up that hill from my apartment to make sure my vote goes in.” 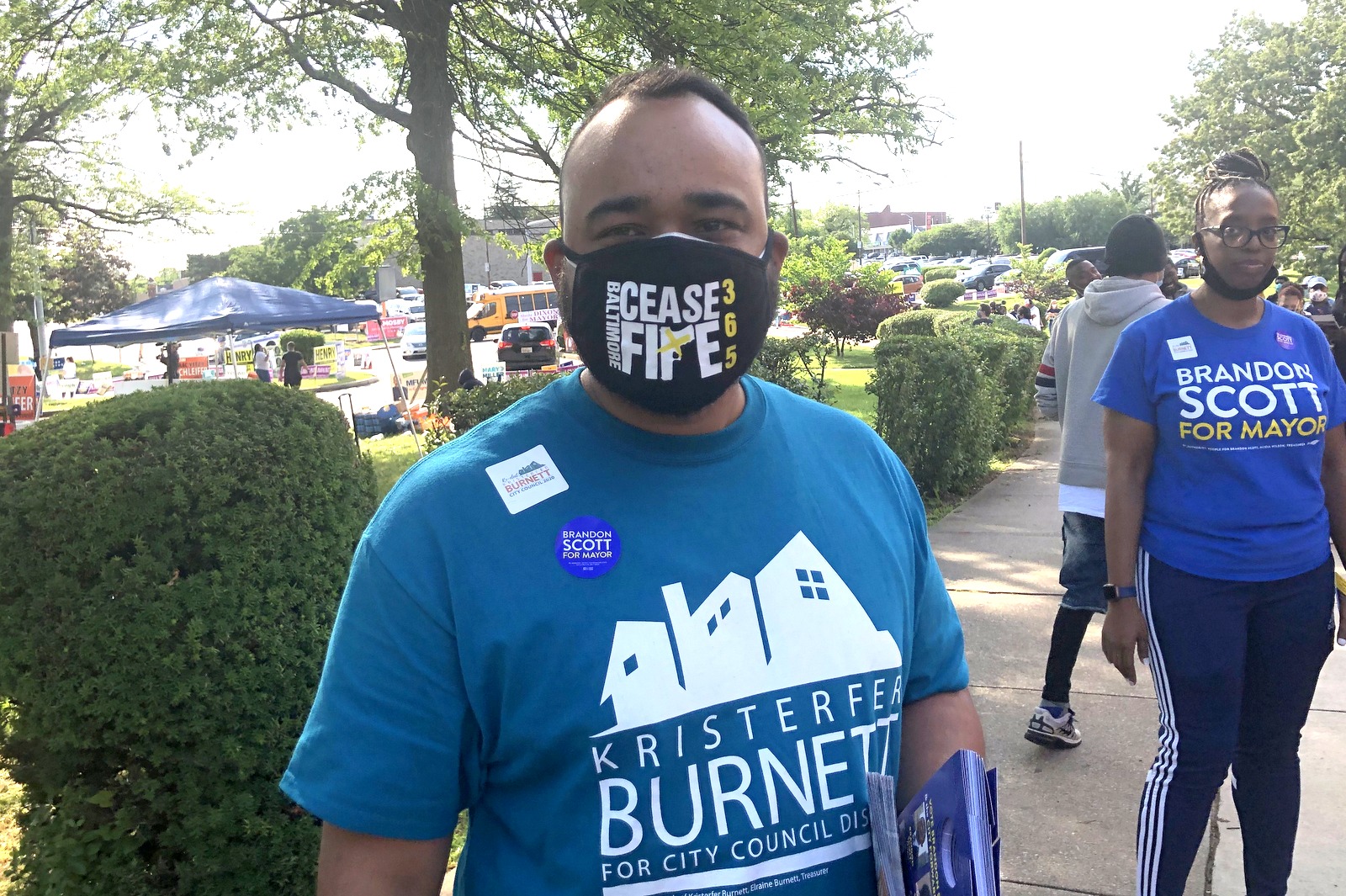 “People have been telling us they had no ballots of the wrong ballot. It’s disappointing,” says 8th District Councilman Kris Burnett, standing near Edmondson High School this afternoon. (Fern Shen)