About 20 cars staged a drive-by protest at Mayor Bernard C. “Jack” Young’s house earlier today to demand the cancellation of rent, reallocating police spending and other actions intended  to help residents during the coronavirus pandemic.

With the Baltimore Club tune “Dance My Pain Away” by Rod Lee pumping loud from a black pickup, the convoy of cars honked their horns and circled Young’s Central Avenue home several times.

Watching the vehicles whiz past with signs that read “Fund community – not cops!” and “Cancel rent now,” James Young (no relation to the mayor) said he approved of the action.

“There’s a lot of people out here struggling. People that can’t really help themselves, that don’t have money to meet the needs of their rent,” said Young, who has lived in the area since 1998.

“We need help right now. This is an amazing crisis we’re going through,” Young exclaimed, referring to the spread of Covid-19 that has triggered a recession and spawned a record-breaking number of jobless claims. 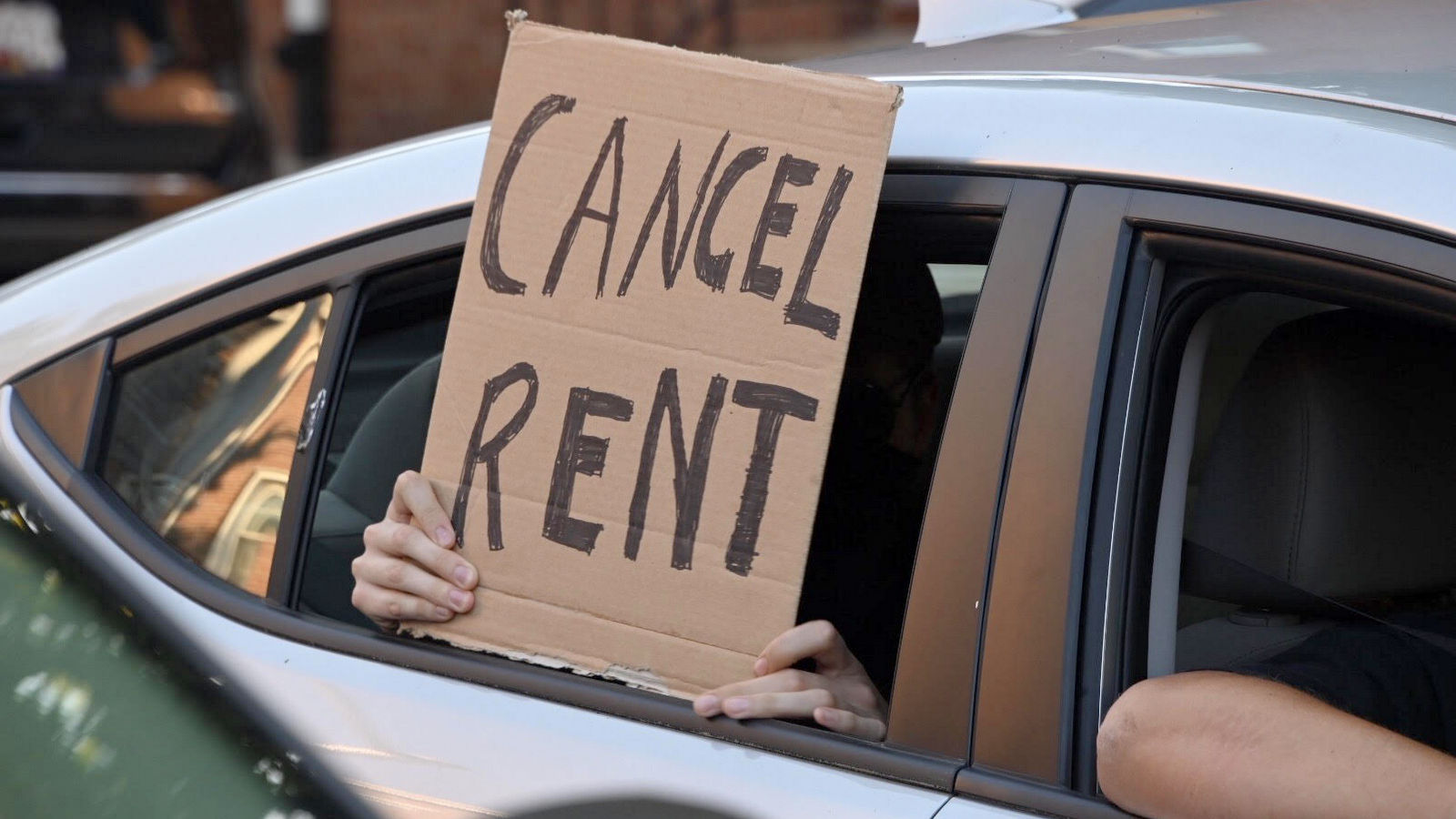 A flier the participants taped to Young’s door said “Due to the unemployment crisis caused by COVID-19, nearly 20% of tenants in Baltimore are behind on rent.”

• For the homeless and those facing eviction, a dire deadline (7/6/20)
_________________
In March, state courts halted proceedings on evictions until July 25, an action timed to coincide with the federal CARES Act, which limits evictions in certain circumstances.

With that protection about to be lifted amid the ongoing pandemic and crippled economy, advocates for renters and the homeless have called on Young and Maryland Gov. Larry Hogan to provide more financial assistance and permanent housing.

“The national infection rate for Covid-19 is increasing, but the Maryland infection rate decreased during the state shutdown beginning on March 15,” the protesters’ literature said.

“The people who sacrificed their jobs to make that happen,” they argued, “are the same people Jack Young is prepared to throw out on the street.”

The protesters today also demanded that Young “reallocate $175 million from the Baltimore City Police Department’s budget to a fund for housing needs, through which Baltimore-residing landlords who prove they cannot pay their mortgages can apply for city assistance instead of shifting the burden to tenants.

“We do not understand how Mayor Young, or anyone else, believes it’s a good idea to spend most of our money on an organization with such a low violent crime clearance rate that also has an open history of conspiracy,” the protesters added in an emailed press release.

The protesters also called on Young to:

• Ban enforcement of evictions in Baltimore and extend the state of emergency until January 1, 2021.

• End the use of Tax Increment Financing (TIF) bonds to underwrite luxury developments, including the $148 million in TIF funding for Kevin Plank’s Port Covington office and apartment complex.