So the Baltimore mother was determined to get them each their own device in time for September when “distance learning” resumes.

“It’s been brutal,” Woodard said, describing the family’s routine after her children were sent home in March to slow the spread of Covid-19.

She’d download her children’s lessons from Google Classrooms every morning.

Then, one by one, each child completed their assignments using the single tablet. That often meant that several of them missed their live lessons because the others had to use the tablet.

“The kids missed the live feed, yes, but their work was done,” she said, marveling that her children maintained their avid interest in school despite the challenges.

Baltimore City Public Schools is now distributing thousands of laptops to help the many students who lack them, as well as hotspot devices. But accessing those devices has been its own struggle.

Waiting in the Heat

To get the Chromebooks and hotspots, students and family members have been lining up twice a week outside of City Schools headquarters.

When Woodard arrived with her sister Erica Hamlett last Thursday to pick up tablets for the children, the heat was unbearable.

It was a few minutes before noon, and a line of about 100 people snaked around the corner. According to the National Weather Service, the heat index was nearly 100 degrees.

City Schools did not provide water, chairs or shade tents. Senior citizens and young children were among those standing on the blasting-hot sidewalk.

After waiting for more than an hour, Woodard and Hamlett drove to the Save-A-Lot a few blocks away and bought three cases of water. They came back and gave it to others in line.

“We kinda looking out for each other,” Woodard said.

They waited another hour-plus, finally getting the devices a little before 2 p.m. Those who had not made it into the building by that time were told they would have to come back on Tuesday.

City Schools “treated them like animals,” Hamlett said. “That’s a whole recipe for killing somebody.”

Woodard said there was an empty conference room inside the building, big enough for many people to maintain social distancing, with dozens of unused folding chairs.

Hamlett, a community health advocate, took to Facebook Live to describe the scene. “You should not have to stand out in this heat to get the things your children need for school,” she said, narrating the footage.

She said she complained to the mayor’s office and to City Schools officials – to no avail.

Hamlett said it would have been easy to offer water and provide tents and chairs to those who needed them.

“When you give poor people, Black people things for free, [there’s an expectation that] you should be grateful that we’re giving you something,” Hamlett told The Brew.

“These parents didn’t ask for Covid.” 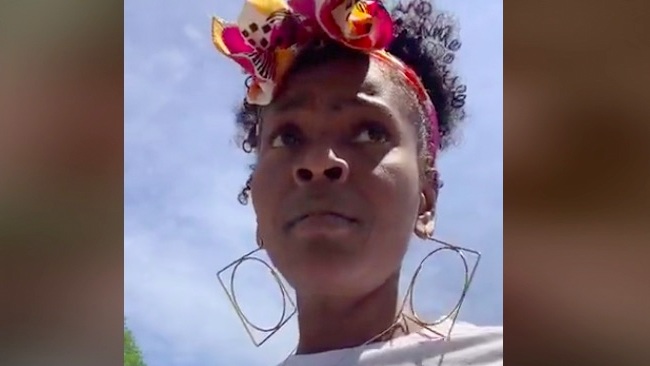 The heat wasn’t just an inconvenience – it rose to levels deemed dangerous by health experts.

“Excessive heat is the leading weather-related killer in the United States,” Health Commissioner Letitia Dzirasa wrote in a statement. “The effects of extreme heat are exacerbated in urban areas, especially when combined with high humidity and poor air quality.”

The heat at North Avenue, furthermore, was likely more intense than in other parts of the city.

City Schools headquarters, along with many Baltimore neighborhoods, is located in an urban heat island, where the built environment and lack of trees prevent heat from dissipating. Temperatures there can rise 10 degrees higher than in neighborhoods with more trees.

The health department declined to comment beyond its Code Red declarations. School officials have not responded to The Brew’s questions or to Hamlett’s video.

– Find more information on how to access hotspots and laptops here.