Baltimore’s largest high school hasn’t had a principal since June, and the process to appoint the next one has strained an already-fraught relationship between City Schools central office and the Mergenthaler Vocational-Technical High School community.

Mervo alumni and teachers don’t support the candidate evidently preferred by North Avenue and call the process of naming the next principal “flawed,” “unfair” and “rushed.”

“During this critical time, it is important to have someone in place that is familiar with the school,” states a petition by the Mervo Mustangs Alumni Association for the administration to appoint a Mervo alumnus who worked at the school for about a decade.

“We know what has worked for the school and what will help move the school forward,” the petition says.

The Mervo community has steadily lost trust in CEO Sonja Santelises, multiple sources tell The Brew, as the environment at the school and student performance worsened under the leadership of a Santelises appointee.

“We need to treat the process at Mervo the same way we treat it at City or Poly or Western,” he told The Brew.

McDaniels, other teachers and the alumni association say the administration gave an unfair advantage to Georgina Aye.

The principal at Woodlawn High School in Baltimore County from 2016 to 2019, Aye currently works in the City Schools central office as an academic literacy innovator. 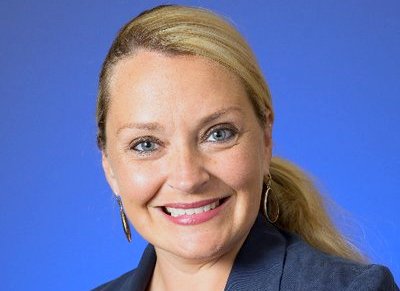 Skinner taught English at Mervo and served as assistant principal under Craig Rivers, who is his boss once again at Douglass. Skinner declined to comment.

The petition, written by alumni association president Avon Coleman, has more than 700 signatures.

Coleman wrote that the principal selection panel “was randomly chosen at the last minute” and the “personal relationship” between Aye and the interview moderator was “obvious.”

Panelists were sent the three candidates’ resumes around midnight the night before last month’s interview.

McDaniels, who teaches law and leadership and was one of the eight panelists, said they didn’t have nearly enough time to examine the candidates.

“Apparently we couldn’t be trusted with the resumes for more than eight hours,” he said.

McDaniels said the administration set Aye against two less-desirable candidates. He said six of the eight panelists voted in favor of Aye, while he and Mervo alumna Angie Winder voted “no confidence” in any of the candidates.

“The other two were just not built to be the principal of the largest school in the district,” McDaniels said. Aye is “a good person and clearly has some qualifications,” but “in my view and the view of many others is not the right fit for our school.”

The community has had enough of a say, according to a City Schools spokesperson.

City Schools spokesperson Gwendolyn Chambers acknowledged the process, which spanned three weeks in July, went quickly, but said the community had enough of a say.

“While this process was implemented at an accelerated pace due to the timing of the former principal’s resignation, it included the same activities as input gathering processes conducted at other schools,” Chambers stated in an email.

She said the administration has not yet presented its recommendation to the Board of School Commissioners, but expects an appointment before the end of the month.

Chambers said Skinner is ineligible because he isn’t in the official pool of principal candidates.

“Only candidates who successfully complete the process to enter the district’s principal eligibility pool are included in candidate conversations at any school,” Chambers said.

But that shouldn’t be a deal breaker, community members argue, since Langston herself wasn’t in that pool when she was appointed two years ago.

“Why can’t we bend the rules to make them work better?” asks one Mervo teacher.

Alumni and teachers say Skinner should be appointed on an interim basis in order to give him a chance to prove himself.

“Why do we have to use this process if it doesn’t work?” said art teacher Sia Kyriakakos, who was Maryland’s 2017 Teacher of the Year and supports Skinner. “Why can’t we bend the rules to make them work better?”

Santelises moved several principals to different schools in 2018, intending to bring the best ones to struggling schools. That shakeup saw well-regarded principal Rivers leave Mervo for Douglass after nearly a decade, during which the culture and climate of Mervo steadily improved.

Under Rivers, Kyriakakos said, students were accountable, teachers were some of the happiest in the city and school felt like home. She said Rivers executed a clear plan and had the school running “like a well-tuned clock.”

When Langston was appointed to replace Rivers, the climate deteriorated. There has been more violence, and some teachers are thinking about quitting.

“Not knowing each other was a problem” under Langston, Kyriakakos said. “I didn’t know a fourth of the teacher body because we didn’t have faculty meetings.”

“Just as we ask kids to trust us, we need North Avenue to trust us,” she said. Langston and Rivers did not return phone calls.

Meanwhile, the lack of leadership is having a negative effect on students.

Senior Ja’sha Prince, a student in McDaniels’ law and leadership program, said Langston would always respond to her emails within an hour. Now she’s not sure who to ask about SAT scheduling, the college application process and what graduation requirements she still needs to complete.

She and some of her AP Literature classmates have been talking about it in a group text.

“We have no one that’s communicating with us on this process,” Prince said. “I just want to make sure that I can graduate on time because I did everything I was supposed to.”