If things had gone according to plan, the former Hendler Creamery in East Baltimore would now be The Hendler – a $75 million, upscale apartment project touted as an inland version of the slick residential buildings opening up at nearby Harbor Point.

Instead, construction came to an abrupt halt in 2018, and the site has looked like a no-man’s zone ever since.

Now plans are afoot for a much more modest undertaking – market-rate housing and “workforce” housing for people who make less than the area median income.

“It’s a smaller scale development than was originally envisioned a couple of years back,” said Catherine Simmons Stokes, the recently installed president of Commercial Development.

Stokes spoke to Historic Jonestown, the community organization for the area, at a virtual meeting last night.

She assured the audience that Commercial still intends to save two brick facades from the old ice cream plant.

“We’re looking at about 150 apartments” compared to 296 before, she said. And the revamped development is not currently planned to be part of the $102 million Tax Increment Financing (TIF) package that has been proposed to help pay for the reconstruction of nearby Perkins Homes, she said.

Switching designers, Commercial is now working with Moseley Architects, rather than Design Collective, and Stokes is expected to bring experience in market-rate and affordable housing.

She comes from Telesis Baltimore, which has created new and renovated housing in the Barclay/Midway/Old Goucher district in North Baltimore.

Telesis is credited with constructing or rehabbing more than 500 rental units and renovating 47 houses for sale. 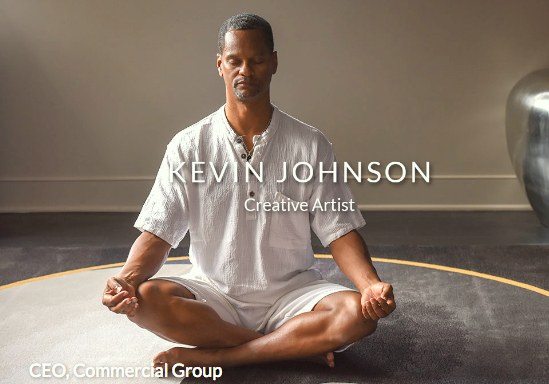 While the Hendler project is being retooled, the CEO of parent company Commercial Group is undergoing his own reinvention.

After disappearing for a period during the Pugh scandal and related controversies, including a $50 million conduit rebuilding project approved by both Pugh and current Mayor Bernard C. “Jack” Young, Johnson has re-emerged as a Gandhi-like figure.

“I am passionate about self-exploration and self-awareness and seek freedom that comes with authentic self-expression,” Johnson is quoted on his company’s website.

“You can find me exercising, eating wholesome foods, playing golf, sitting by a river and enjoying nature. I love supporting others as we evolve and grow.

“As a man of integrity,” he continues, “it is my self-loving and self-honoring intention to live from my heart for the purpose of experiencing Freedom and Bliss! Come join me!” 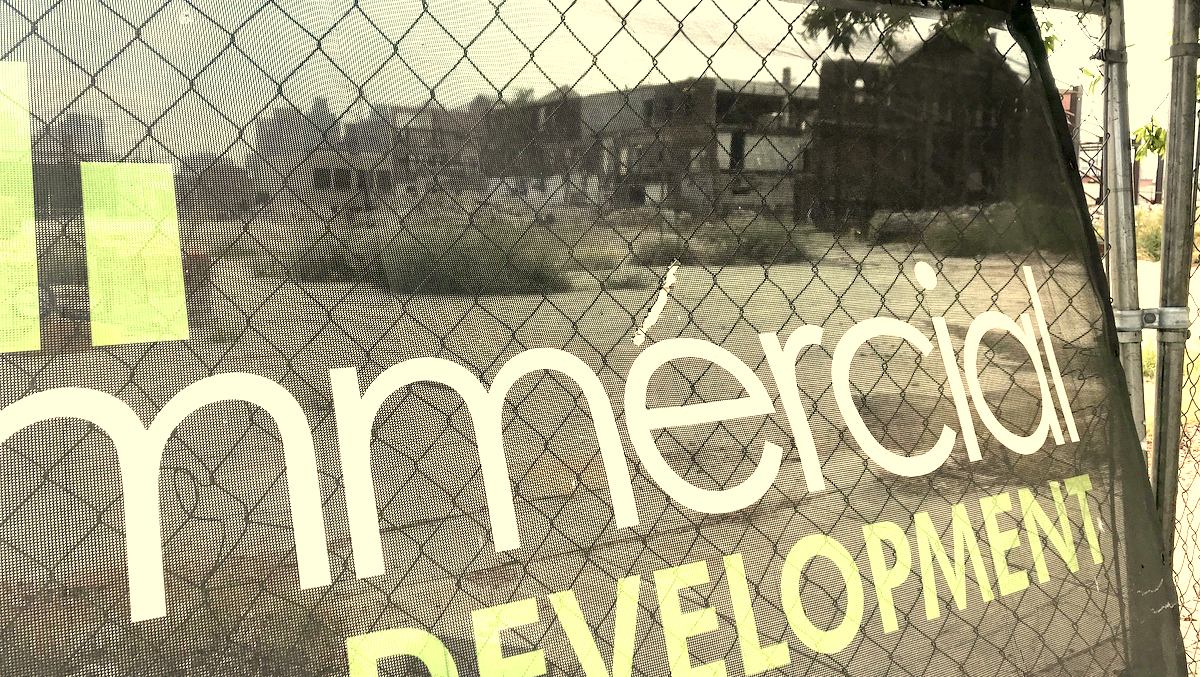 The Hendler site in the 1100 block of East Baltimore Street. (Mark Reutter)

Some participants at last night’s meeting said the site still is a mess.

Could Commercial could do anything to wrap or screen the property, asked State Delegate Brooke Lierman.

“It’s pretty bad, and it sounds like it’s going to be like that for a while,” she said.

Stokes promised to look into it.

Construction a Year Away

Stokes said Commercial envisions moderately priced apartments on the site, not unlike the homes that Telesis created for Barclay and Old Goucher.

The housing would be for residents who earn 50 to 80% of the average median income for the area. She said Commercial also wants to have “a straight market-rate component” to the project to get “a range of incomes” in one development.

The start of construction is probably at least a year off, in part because of the time it takes to go through the tax credit process.

The project  will be presented both to the community and to the city’s Commission for Historical and Architectural Commission (CHAP) because the Hendler property was designated a city landmark.

Not Part of the TIF

The city’s Board of Finance reviewed a plan last month that called for the Hendler property to be part of a financing package that would provide $102 million in Tax Increment Financing for new construction in East Baltimore, including buildings to replace Perkins Homes.

Stokes said Hendler is not currently part of that financing package, but she said it may be added in the future.

“We’ve been in discussions with that group [working on the Perkins property] for some time,” she said.

“We’re actually not part of the TIF as it stands right now, and that’s largely because there was just a lack of clarity in terms of the benefits that would accrue to Hendler.”