Teacher and activist Franca Muller Paz, running as a Green Party candidate for City Council in the 12th District, reported raising more money in July and August than any other Council candidate.

She accepted nearly $50,000 between July 1 and Aug. 18 in her first campaign filing, which she submitted Monday.

“Our campaign is led by students, organizers, and community leaders,” she wrote in a statement.

“We know how to fight back against corporate interests and win the policies we need to thrive: fully funded schools; ending systemic racism in public safety, housing, and transit; covid-responsive constituent services, and free high-speed community internet,” the statement continued.

Since the coronavirus pandemic necessitated online learning, Muller Paz has been one of Baltimore’s most prominent activists for digital equity. A Spanish teacher at Baltimore City College, she has the endorsement of the Greater Baltimore Democratic Socialists of America, Baltimore Women United, and Stokes’s primary opponents. 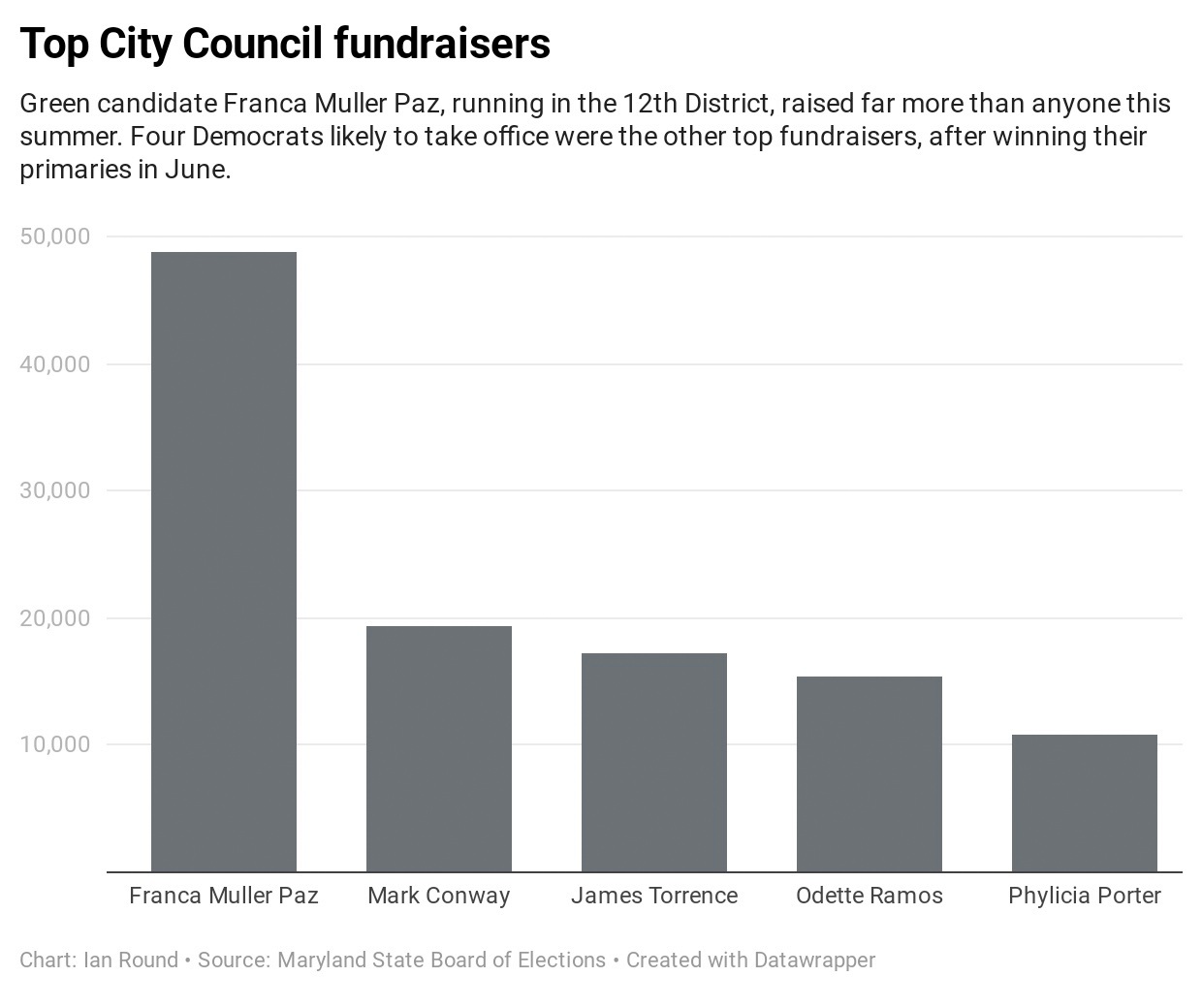 Since Muller Paz entered the race last month, Stokes has not raised a dime, and has spent only $78, according to his latest report.

He got some free media exposure this week, though, after he intervened to help two East Baltimore residents whose homes were damaged during a recent barricade situation.

Fox45 had aired footage showing a hole in drywall and other damage caused by police trying to see into an adjacent rowhouse where an armed man was said to be experiencing a behavioral crisis. 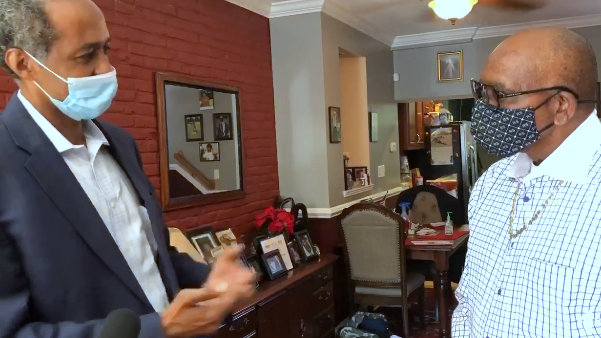 Councilman Robert Stokes on Fox 45 assuring an East Baltimore resident that the city would pay for damage caused by police responding to a barricade situation. (Facebook)

Stokes narrowly won the Democratic primary in June, after being outraised and outspent by Phillip Westry. Now, he is Baltimore’s only Democrat facing a competitive general election, and he’s campaigning without the financial support of his allies.

His closest ally, Mayor Bernard C. “Jack” Young, gave him the maximum $6,000 a month before the primary, and is therefore ineligible to give more.

But others with money to spend have not done so. That includes the Vision Slate, which Stokes and Young formed with Councilman Eric Costello and Council Vice President Sharon Green Middleton. Developers who have often been generous with Stokes, it seems, took the summer off.

Other Democrats are working to unseat the incumbent as well. Gary Crum and Dave Heilker, who ran against Stokes in the primary, are  supporting Muller Paz.

Stokes reported spending $14,329 during the mid-May to mid-August period, but almost all of that came before the primary.

He spent $11,000 in late May on television ads on WBFF and WJZ, and another $1,076 on yard signs and graphic design on June 1. He has only spent $78 since Muller Paz entered the race; that went toward website development.

While Muller Paz has raised a massive amount in her first month of campaigning, she reported spending only $8,572.

Most of that went to campaign staff, T-shirts, bumper stickers and other campaign materials. She also spent more than $2,000 on credit card processing.