As head of an organization that spends millions of dollars to beautify and enhance communities in South Baltimore, Brad Rogers says the last thing he wants is to have his efforts negated by blight and visual clutter.

But that is what Rogers, executive director of the South Baltimore Gateway Partnership, warns will happen if the City Council passes legislation that would effectively end Baltimore’s 20-year-old moratorium on advertising billboards.

Rogers said his organization and the city government jointly spend some $14 million every year in casino revenues to enhance the quality of life, elevate aesthetics and improve public spaces in neighborhoods across South Baltimore.

He notes that major projects are underway, such as a new effort to transform the Middle Branch into Baltimore’s “next great waterfront” and developments such as the casino entertainment district, Port Covington and the Westport waterfront.

“This bill directly undermines all of that progress, introducing visual clutter and preventing people. . . from seeing the Middle Branch that we’re working so hard on,” he said, and “directly undermines the substantial and ongoing investment of public resources.”

Rogers was one of nearly a dozen community representatives who testified before  the Planning Commission last week against a bill that would allow a New Jersey businessman to erect more than 20 digital billboards around the city, in areas where they aren’t currently allowed.

The Planning Commission held the virtual hearing to give people for and against the bill a chance to express their views.

Following lengthy testimony, the planning commission voted against the plan. Its vote, however, was advisory and was tempered by approval of the bill by the Board of Municipal and Zoning Appeals and, with proposed amendments, by the city law department.

The legislation will now proceed to the City Council’s Land Use Committee for a virtual hearing next Wednesday (October 14) at 1 p.m.

Among the people testifying against Bill 20-0570 was John Pare, president of the Riverside Neighborhood Association. If the bill passes, he said, it would permit billboards to rise up to nine stories above Riverside Park, looming over the residential community and marring the view.

“We really think that would have a dramatic negative impact on the aesthetics of this park,” he said. “To put in big, ugly interstate signs, massive signs, I just don’t think that’s good for the city.”

Another opponent was a former planning department employee, Susan Williams, who reminded the commission that the effort to remove billboards dates to the Highway Beautification Act of 1965, supported by Lady Bird Johnson.

The Citizens Planning and Housing Association and other groups  worked for years to get the city to ban new billboards, especially from working class and Black communities already suffering from blight.

Even with the ban that was imposed in 1999, Baltimore still has about 400 billboards, compared to 90 in Baltimore County, according to Williams.

“Baltimore does not need one more billboard,” she said.

Drafted as a change to the city’s zoning code, the legislation would allow billboards to be erected on property owned by private railroad companies, such as CSX and Norfolk Southern.

The billboards would be designed to be viewed by drivers traveling on major highways that come close to railroad tracks, including I-95, I-295 and I-895.

Even with a billboard ban imposed in 1999, Baltimore still has about 400 billboards, compared to 90 in Baltimore County.

As currently written, the bill also would permit billboards along the Metro Subway corridor, near the Light Rail tracks parallel to the Jones Falls Expressway, and along the CSX right-of-way in Remington.

The bill was introduced in July by City Council President Brandon Scott, who is the Democratic Party nominee and overwhelming favorite to win the November 3 election as mayor. 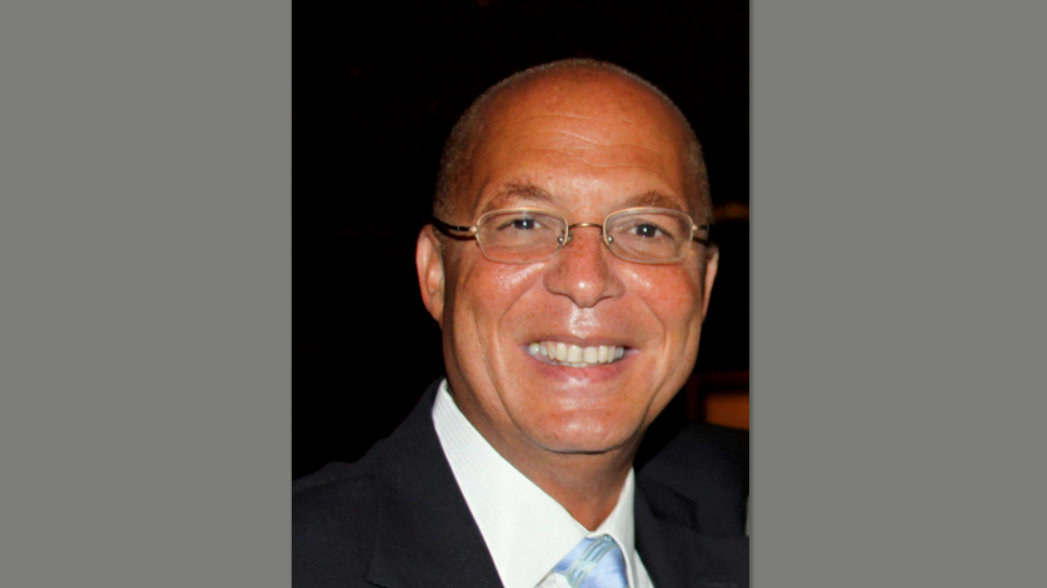 Joseph Jacobs is the owner of Pacific Outdoor Advertising, which wants to erect large billboards along railroad rights of way near I-95, I-895 and I-395. (poadvertising.com)

Advocates for the bill included two attorneys: Aaron Greenfield, who is one of Baltimore’s three liquor board commissioners, and Michael Blumenfeld.

They said Jacobs has letters of support from CSX and Norfolk Southern and would work closely with the city and local communities to come up with sign dimensions and specifications that comply with the proposed legislation.

Emphasizing that Jacobs is an African American businessman, Blumenfeld said, “This is about inclusivity. This is about equity, being fair.”

Jacobs’ company is the only one that has submitted a proposal to erect billboards on railroad rights of way.

Planning Department Assistant Director Laurie Feinberg said Jacobs’ company is the only one that has submitted a proposal to erect billboards on the railroad rights of way identified in the bill, and that he would like to put up 20 to 25 billboards.

The city receives $15 per square foot per year from billboard companies, which works out to roughly $10,000 per billboard. If the bill were to pass, Feinberg said, the city could receive approximately $250,000 in annual revenue from 25 single-sided billboards, depending on the sign dimensions.

Greenfield said Jacobs has an agreement with landowners to develop double-sided billboards on up to 20 sites, and that would generate about $400,000 in revenue for the city.

According to its website, Pacific Outdoor Advertising has installed billboards in New York, New Jersey, Pennsylvania, Michigan, California and Texas.

It specializes in “double-faced, single-pole digital billboards” in some of the most highly trafficked highways in the nation, including those in Los Angeles and Detroit.

Pacific notes on its website that Jacobs has also “represented the nation’s top casino developers such as Trump Organization and Showboat Organization.” Jacobs did not participate in the hearing. 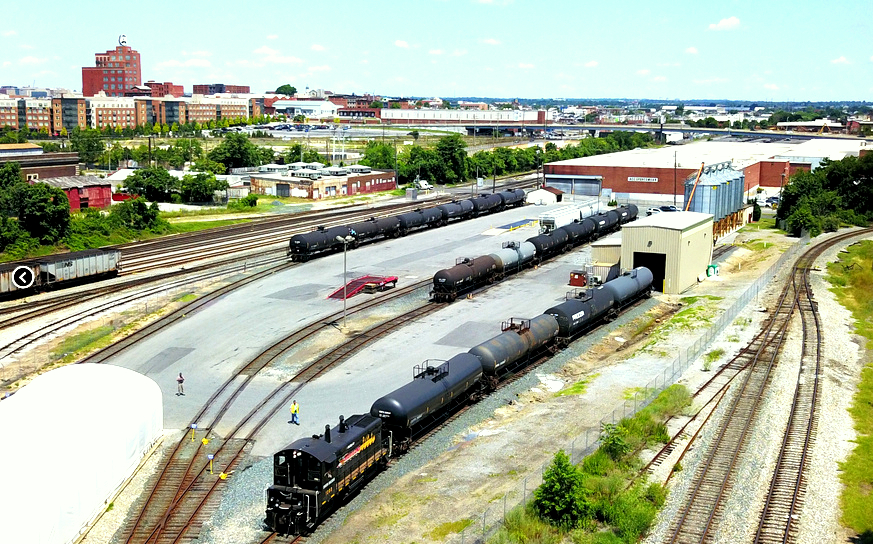 The shops of Canton Railroad, a waterfront switching line, are located near I-895 and I-95 in Canton. In the background is the Natty Boh Tower in Highlandtown. (Canton Railroad Co.)

Opponents of the bill said the negative impact of the billboards would far outweigh any benefits. They said that if Jacobs puts up double-sided billboards, he would in effect be erecting 40 to 50 signs.

Even if aimed at highway travelers, the opponents said, it would be hard for residents living near railroad tracks to miss them.

Baltimore “has a beautiful and iconic vista,” said Greektown Neighborhood Association Vice President Max Green. It’s “something that would be completely destroyed if this legislation moved forward. . . Billboards are the only form of advertising that citizens cannot look away from.”

Jed Weeks, from the Greater Remington Improvement Association, said residents of his community want to get rid of the billboards it has now, not add more.

They’re “a source of blight in the neighborhood,” he said. “Everyone hates them. They’re poorly maintained. Some of them are literally falling into the railroad tracks.”

Doug Kaufman, past president of the Canton Community Association and a real estate agent, said more billboards won’t help the city from a marketing point of view.

Noting that many people driving through Baltimore already expect to see scenes reminiscent of “The Wire,” Kaufman said, “From a branding perspective alone, the damage to the city’s perception would probably be a 10 or 100 times multiple of the potential revenue stream that is projected.”

Kate McComiskey, of Locust Point, said she fears that an onslaught of billboards could force the neighborhood to be kicked off the National Register of Historic Places and could make residents want to leave the community.

Besides the people who testified during the meeting, the commission received 31 letters of opposition to the bill.

During the panel’s discussion phase, commissioner Robin Allen said she supports the bill because she likes the idea that a minority business owner would benefit.

She said Baltimore still has billboards even though it has had a moratorium on new signs since 2000, and she’d liked to see more diversity in billboard ownership. “Since they are here to stay, there certainly should be opportunities for more than one or two companies.”

Navarro, the mayor’s representative, said she supports the bill but, as a longtime South Baltimore resident, she can appreciate her opponents’ arguments. From a financial standpoint, she said, the city dipped into its Rainy Day fund this year and always has to look for sources of potential revenue.

Attorney and panel member Thomas Prevas pointed to a 2013 opinion from the City Council that states the “unregulated display of outdoor advertising constitutes a public nuisance” and harms the “health, safety, convenience and welfare” of city residents, for many of the same reasons mentioned during the hearing.

Commission Chairman Sean Davis said he wants to be supportive of Young and Scott, but can’t be in this case. The issue is not about supporting a minority business owner, he and other commissioners said, but about deciding what’s best for the city.

Echoing a citizen who called into the hearing, Davis asked how more billboards is consistent with the city’s comprehensive master plan.

Planning Director Chris Ryer said that if signed into law, the bill “would appear to affect a change in policy.”

Next Step Next Week

After more than two hours of testimony and discussion, the commission voted 6 to 2 to oppose the bill, which now moves forward to the City Council’s Land Use Committee.