A handful of laid-off workers today camped outside the Baltimore Waterfront Marriott Hotel for a one-day fast to protest against the continued lack of a collective bargaining agreement.

After a year of delays and futile talks, there’s still no contract.

“We just felt like we needed to move to another level of seriousness,” Lingo said of the decision to fast outside the 32-floor-high luxury hotel in upscale Harbor East.

Saying they “just want a fair agreement” guaranteeing health insurance, safe working conditions and job security, Lingo said the workers would be fired if they behaved the way Marriott management has during the negotiations.

A manager in the hotel said he was not authorized to talk about the protest or negotiations. He forwarded The Brew’s request for comment to another office, which did not respond. 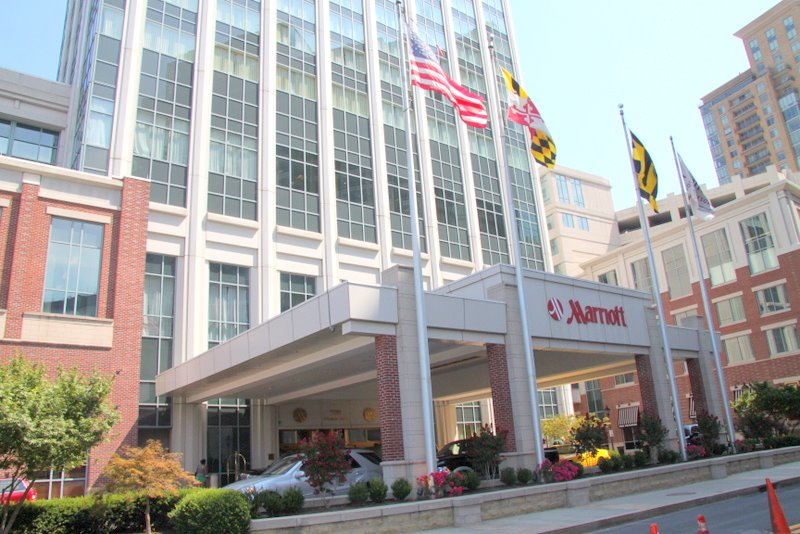 The Marriott Waterfront Hotel, at 700 Aliceanna Street, was given tax breaks that will lower its property taxes by an estimated $61.5 million over 25 years. (Mark Reutter)

Originally built by bakery mogul John Paterakis, who was handed millions of dollars of tax subsidies, the hotel is now majority owned by the UBS Trumbull Property Fund, a branch of the Swiss bank, with 49% still held by the Paterakis family, according to Lingo.

Because of the bank’s involvement in the hotel, union members handed out protest leaflets today outside of the UBS Financial Services office on Pratt Street.

Noting that hotel operator Marriott has pledged in a corporate statement that “we stand against racism” and “we believe in equality, justice and putting people first,” Lingo said, “What they can do is give these people some security.”

“It should not have been a tough bill to pass, but it was,” he said of his right-to-recall bill, which would require hotels to bring back employees in order of seniority once they resume hiring. 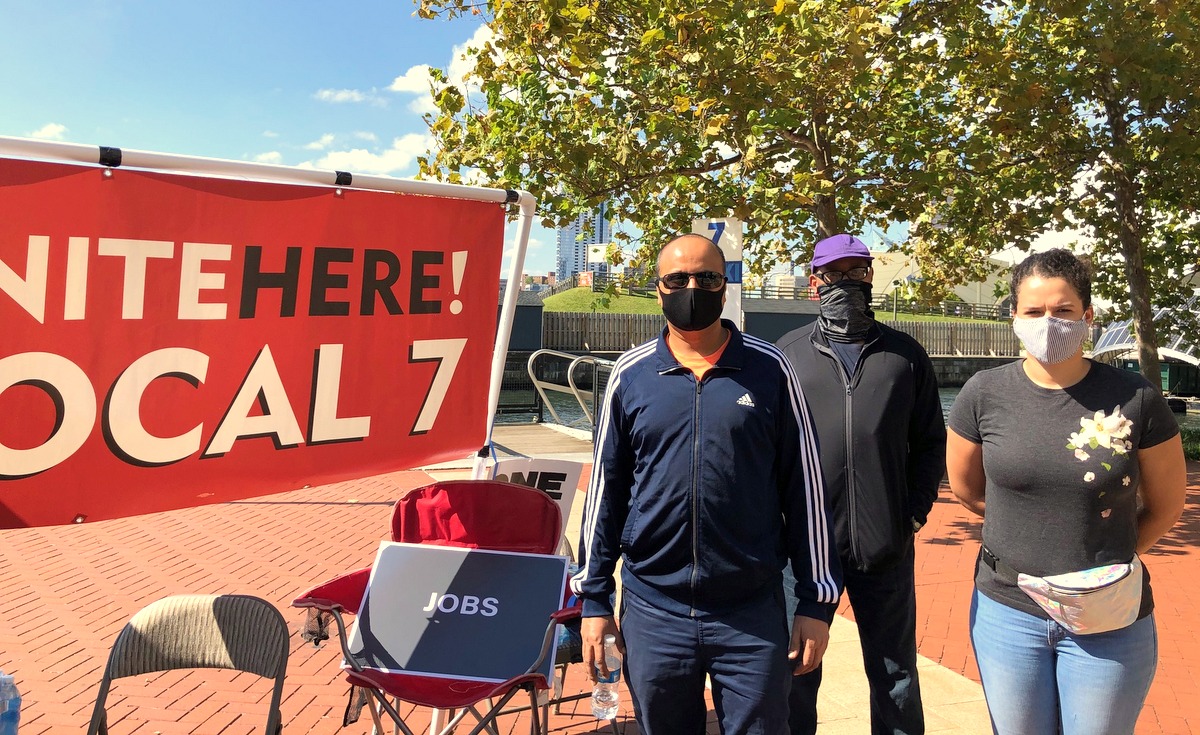 Mohammed Saif was a server at Apropoe’s, the restaurant inside the hotel, for 15 years when he was laid off due to Covid-19. He said he’s been borrowing money from family, as his expenses didn’t go away when his job did.

Saif’s last meal before today’s fast consisted of rice, fish and vegetables. He said his age and experience make it  difficult to find a new job.

Banquet server William Murray’s 20-year anniversary at the Marriott was coming up in February.

He was also laid off, but he’s been able to work a few shifts, including when the Cleveland Browns and Kansas City Chiefs came to Baltimore to play the Ravens.

But taking those shifts wasn’t an easy calculation because he can’t stay on unemployment above a certain income. “People don’t know whether to accept a shift or not,” he pointed out.

He said what has saved him is a six-month forbearance on his mortgage.

“I’d maybe have been in a little bit of trouble” if he had to pay his mortgage every month, he said. That’s when the lack of job security “starts to get a little scary.”