During the mayoral primary campaign, candidate Brandon M. Scott had a firm position on the trash-burning BRESCO incinerator: he called for the city to stop sending its garbage there after the contract expires in 2021.

“We must close BRESCO. We must break with the contract in 2021 – that goes without saying,” Scott said at a May forum, siding with the community and environmental groups that have pushed for years to shutter the polluting South Baltimore facility.

Those activists were alarmed after it was disclosed that lame-duck Mayor Bernard C. “Jack” Young is negotiating to extend for 10 more years the city’s contract with BRESCO.

Ever since, they have been calling on Young to leave the incinerator decision to Scott, who beat Young in the June primary and is the overwhelming favorite to win the general election on November 3.

But one person who is not joining the chorus is Scott.

“The reality is that we only have one mayor at a time,” he said in an interview with The Brew.

Not only is the presumptive mayor deferring to the outgoing administration, but he is saying that severing ties with BRESCO and its New Hampshire-based operator, Wheelabrator Technologies Inc., is unwise.

“It’s not as simple as saying we don’t want to do business with them anymore because others still will burn their trash there, affecting our air,” Scott said.

“Under my administration, we’re going to work to not burn as much at the incinerator as possible”  – Brandon Scott.

If Baltimore’s contract was allowed to expire, he argued, other customers would continue to supply BRESCO with trash.

A better course, he said, would be to extend the contract with Wheelabrator as part of negotiations over a pending lawsuit, thus giving the city leverage over emissions that it wouldn’t otherwise have.

Scott emphasized that as City Council president he strongly supported the Baltimore Clean Air Act, a law aimed at forcing BRESCO to clean up or shut down.

But now, given that the law has been shot down in federal court and may not survive on appeal, he said, a settlement is the city’s best option.

Even if Young extends the contract, Scott said he would work aggressively towards “Zero Waste” goals (more recycling, composting, deconstruction, etc.) that have become a favorite talking point for local elected officials.

“Under my administration, we’re going to work to not burn as much at the incinerator as possible,” Scott told The Brew. “And I will work my butt off to make sure that this is the last time we ever give them a new contract.” 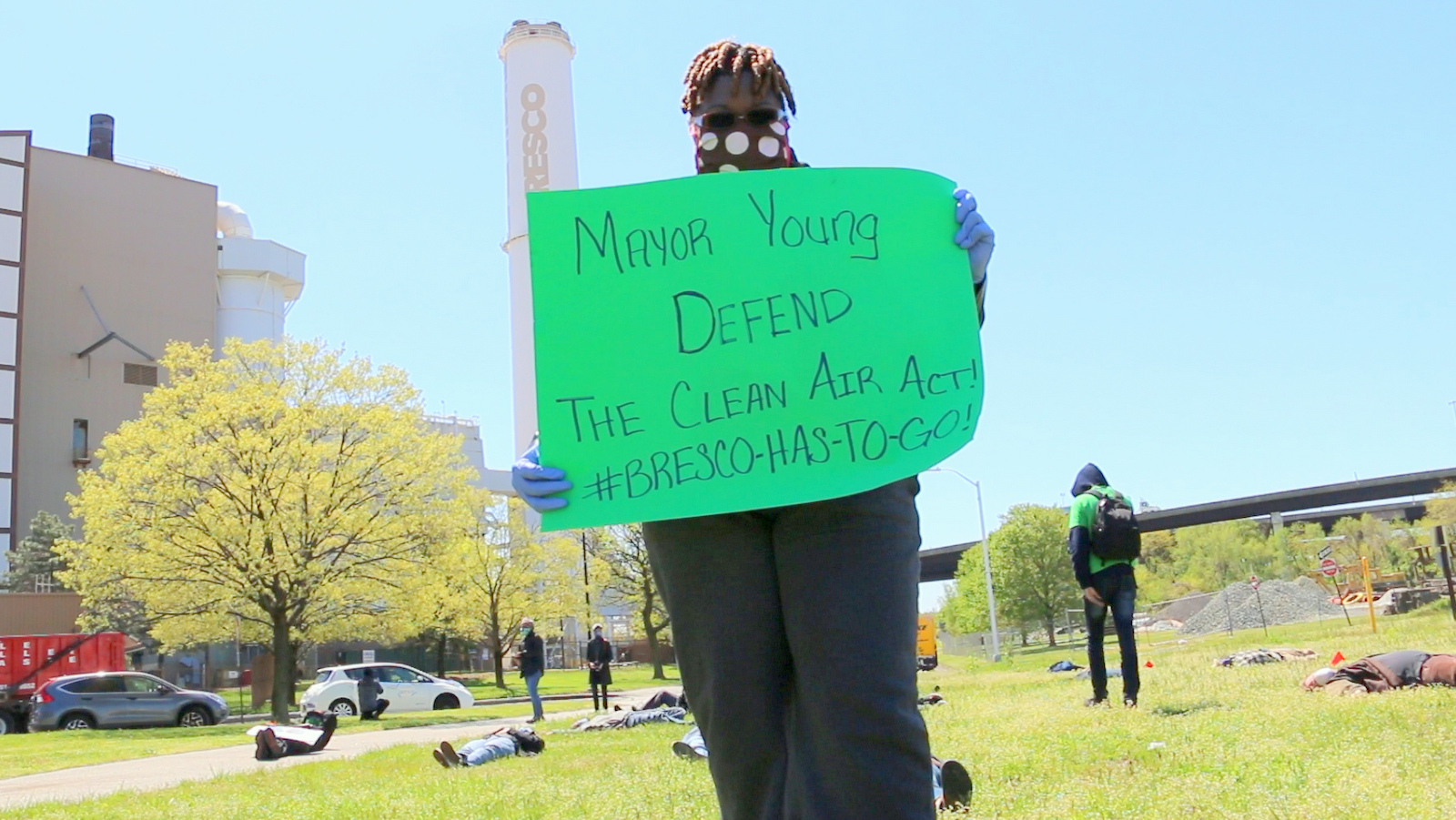 A “die-in” protest outside the Wheelabrator trash incinerator in South Baltimore earlier this year. (Handout photo)

Scott’s comments were a deep disappointment when relayed to incinerator opponents, who had hoped he would use his bully pulpit as the expected next mayor to get Young to drop the contract extension plan.

“This position he’s taking is not about protecting the health of his constituents. It’s about maintaining a status quo relationship with Wheelabrator by giving this company something that only benefits them,” said Greg Sawtell, of the South Baltimore Community Land Trust.

Sawtell and others rejected the notion that Wheelabrator could continue operations without the city, whose trash comprised 62% of what was burned at BRESCO in 2019.

Baltimore sent just over 422,000 tons of material to the incinerator in 2019, according to data on file with the state.

By contrast, Baltimore County, the next biggest customer, has been moving away from using BRESCO.

“BRESCO is like a bad boyfriend. The county is trying to break up with them, while Baltimore, for some reason, is trying to stay together”  – Greg Sawtell.

Reacting to the reduction in waste sent to BRESCO, Wheelabrator has sued Baltimore County for $32 million, saying it violated a “put-or-pay” clause guaranteeing a certain amount of trash in return for discounted pricing.

“BRESCO is like a bad boyfriend. The county is trying to break up with them, while Baltimore, for some reason, is trying to stay together,” Sawtell said. 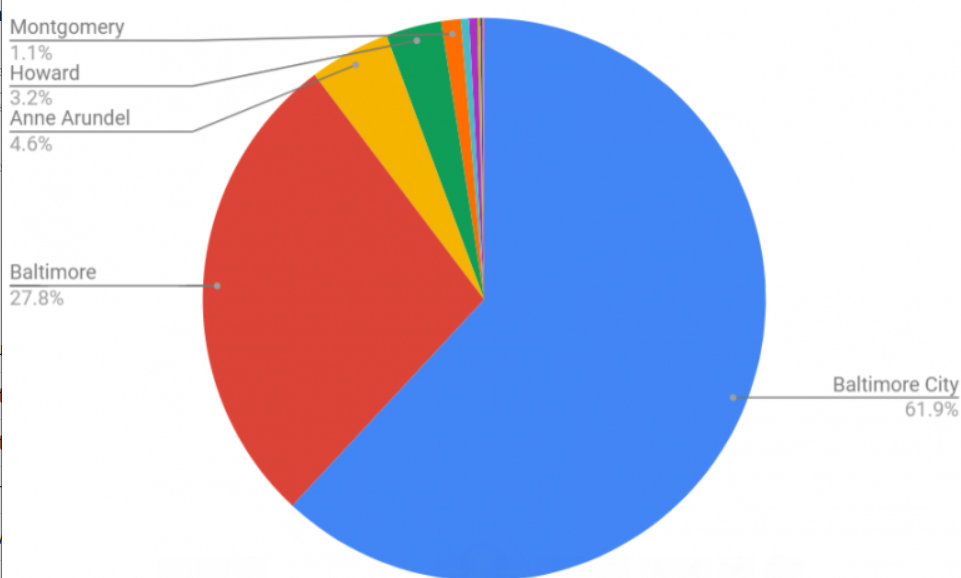 Mike Ewall, of Energy Justice Network, who worked closely with the City Council to craft the Baltimore Clean Air Act, was also skeptical about Scott’s argument, noting that the city and county together provide 90% of the waste the incinerator burns.

BRESCO won’t be able to get much waste from elsewhere “when nearly every Maryland county has its own public landfill, or public incinerator in Montgomery County’s case,” he said.

As to whether Wheelabrator could operate the 35-year-old incinerator under stricter air emissions limits, a company official said it couldn’t be done.

Timothy Porter, BRESCO’s director of air quality programs, explained at a 2017 public meeting that the design limitations of the facility would cause operational problems.

“You’d always be down,” he said. “It’s unfeasible. You just can’t do it unless you rebuild the boiler from the bottom up.”

Pressed at the meeting to estimate the cost of upgrades, he said $11 million, adding that the price tag was so steep, “we’d shut down – maybe that’s what you want.”

On a radio show last week, South Baltimore native Shashawnda Campbell reminded Scott of his campaign promise and asked him, “What are you doing now to make sure that BRESCO does not renew their contract for another 10 years before Mayor Young leaves office?”

“He didn’t really answer my question,” Campbell, a leader of the South Baltimore Community Land Trust, told The Brew today. 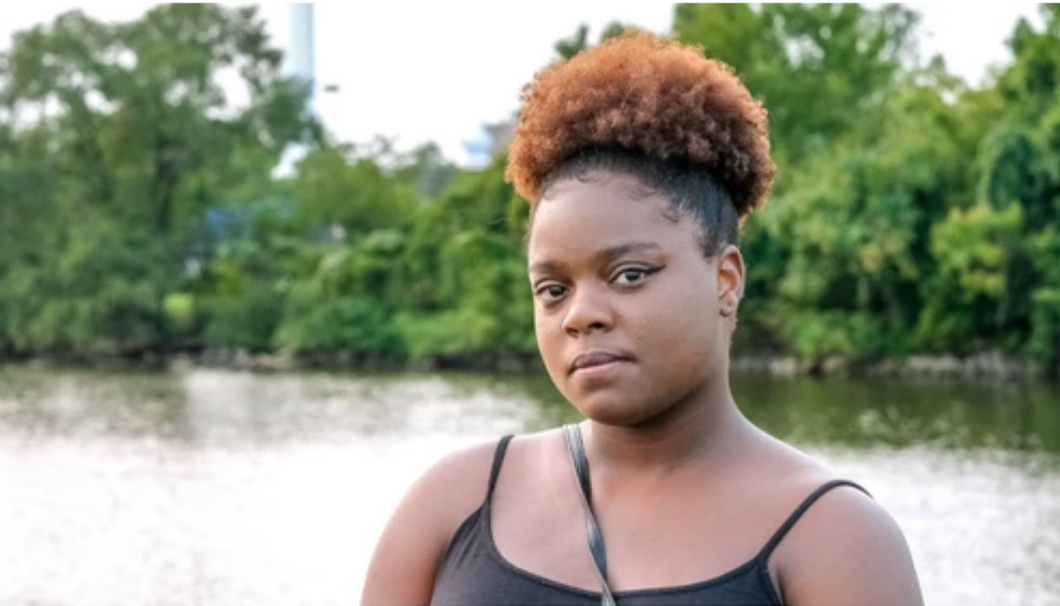 “Brandon Scott, do the right thing!” South Baltimore native Shashawnda Campbell said. The South Baltimore Community Land Trust organizer has been working on clean air and zero waste issues since she was 15. (zwconference.org)

Dissatisfied with his comments, she emailed The Brew this statement:

Brandon Scott speaks to how BRESCO causes health problems to residents he serves and he made a promise to change that. He made a promise to shut down Baltimore City’s number one air polluter and end this racist inequitable waste system we have.

We as residents and youth believed him because he voted for “The Fair Development Plan for Zero Waste” as city council president. So, we as residents and youth leaders voted for him and put him in a position to follow through on his promises. If he doesn’t hold himself to that promise he will be responsible for all the death and damage that BRESCO continues to cost under his administration as Mayor.

We know that many people in our communities won’t survive another 10 years or any more years of BRESCO. So, Brandon Scott do the RIGHT thing and shut them down and SAVE lives.