Veteran water meter technician David T. Gore had one goal today – to demand that Mayor Bernard C. “Jack” Young reverse his decision to lay off him and others as part of a plan he thinks is intended to cover up the city’s poorly installed and substandard water meters.

“They’re always going to pass the buck onto us, but in my life I’ve never worked more overtime than I have these past two years repairing these meters,” said Gore, who worked eight years for the city as a technician up until the Covid-19 pandemic.

“It’s the whole system that’s the problem. The meters, the billing system, everything.”

At a press conference next to City Hall, roughly 40 workers from the Department of Public Works, union representatives and Council President Brandon Scott took turns condemning Young’s plan to permanently lay off 63 water meter employees and contract with a third-party vendor, Itron. The layoffs would go into effect at the end of the year.

By outsourcing meter reading and small meter installation and maintenance in Baltimore city and county, Young asserted that the system could save about $50 million over the course of the proposed five-year contract with Itron.

The main issue raised by workers is that the so-called “smart” meters designed by Itron, a West Coast energy management company, are not suited to Baltimore’s wet and cold weather.

They said rainwater often gets into the underground vaults that house the meters, causing them to fail to transmit the radio frequency waves that provide real-time readings of water consumption.

Inaccurate or simply non-responsive meters are at the root of widespread issues with miscalculated water bills that have plagued residential customers for years, they said.

Gore said a company that Itron had contracted to install meters did such a poor job that many of the meters had to be discarded.

“We had to go back and repair their job because they actually forgot to put some washers on the machines and left them leaking,” Gore said.

Former Public Works Director Rudy Chow, who instituted the $100 million overhaul of the meter system, was well aware of the problems before he retired last February, other workers said. 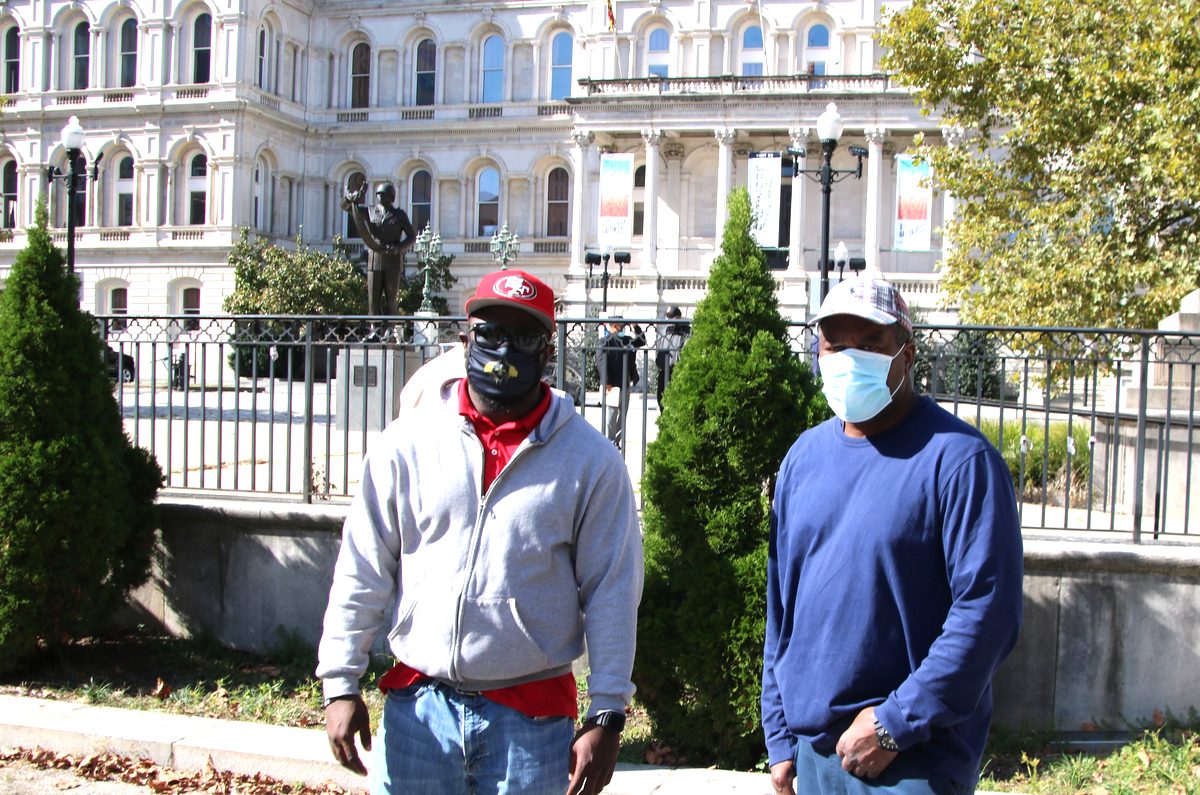 Echoing their sentiments, Antoinette Ryan-Johnson, president of the City Union of Baltimore, said the technicians are constantly tending to faulty meters.

“We have areas that are flood-prone that our techs are constantly servicing to get readings from or replace faulty equipment. So please explain to me how the same contractor that Young wants to hire will save the city money,” she said.

Young’s office did not respond to questions today, but previously blamed human error for delayed and miscalculated water bills.

“DPW’s Customer Service and Support Division has struggled for many years to provide accurate and timely meter reading, meter maintenance, and fieldwork documentation so that billing operations can produce accurate and timely water bills for Baltimore City and Baltimore County customers,” Young said in a press release last week.

Scott today raised the issue that voters had passed a charter amendment in 2018 banning the sale of the city’s water system.

He said he has asked the general counsel to the City Council to investigate whether the Itron contract is legal. The agreement has yet to be voted on by the Board of Estimates.

He added that workers should not be blamed for longstanding problems at DPW.

“During a global pandemic we should not have 63 employees being told out of nowhere they have to find another place to work,” Scott, who is expected to be elected Baltimore’s next mayor, said.

“We cannot act like these employees should bear the brunt of a system that has needed reform longer than I’ve been alive.”