The Board of Estimates will consider on Wednesday whether to end its master lease contracts with Grant Capital Management after its owner, James Preston Grant III, was found by federal prosecutors to have illegally funneled $170,000 to disgraced former mayor Catherine Pugh.

The requests to rescind two GCM lease agreements are on the board’s agenda.

Because they are being made by the Department of Finance to a board controlled by Mayor Bernard C. “Jack” Young, the measures are expected to be approved.

11/4 UPDATE: The BOE terminated the GCM agreements today without comment.

Since 2003, the city has used Grant Capital and its predecessor, First Municipal Credit Corp., as its lease broker for more than $200 million in equipment lease financing for everything from police helicopters and 911 communications gear to fire trucks, computers and fleet vehicles.

The contracts propelled the once obscure company, based in Columbia, into a commercial and political powerhouse.

Over the last 17 years, Grant, known universally as “J.P.,” reaped millions of dollars by acting as a lease broker, or middleman, who connected the city with large financial institutions that did the actual lease underwriting.

Over those same years, he sprinkled hundreds of thousands of dollars to the Democratic State Central Committee and to the five Baltimore mayors who have controlled the Board of Estimates. 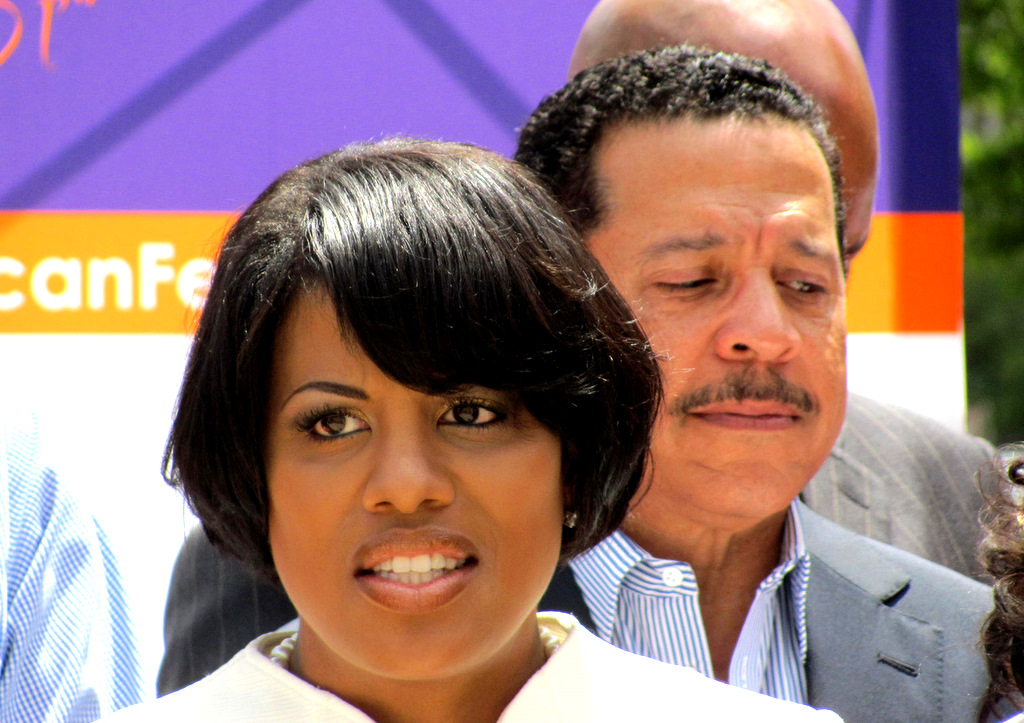 J.P. Grant in May 2012 with former Mayor Stephanie Rawlings-Blake after he agreed to serve as organizer of the doomed Grand Prix race event in downtown Baltimore. (Mark Reutter)

After he reached the legal limit of contributions to Pugh during her 2016 campaign, Grant wrote – and in one case, directed his wife to write – checks totaling $170,000 to companies controlled by Pugh.

He said he gave the money knowing that Pugh would use it to buy a second house in Ashburton and to make illegal “straw” donations to her campaign, instead of printing and distributing her self-published children’s books.

Pugh is now serving a three-year prison sentence in Alabama for the scheme. Grant has not been charged with a crime.

Terminating the agreement “is in the best interest of the city,” the finance department said today in the agenda for this week’s meeting.

The original 2003 agreement never included an end date and has been repeatedly extended by the Board of Estimates.

The finance department recommends that the agreement be ended, while its existing equipment schedules, used to finance prior purchases, remain in effect.