Columbia businessman J.P. Grant earned $537,247 in commissions under a master lease agreement awarded while Catherine Pugh was Baltimore’s mayor, according to information provided to The Brew under a Public Information Act request.

The fees amount to a 358% return on the $150,000 that Grant secretly funneled to Pugh – payments exposed in her plea bargain with federal prosecutors last month.

Pugh confessed to getting two checks from Grant that ostensibly went to help her print her cartoon-like “Healthy Holly” books, but, in fact, were used to finance her election campaign and to help her purchase a second house.

So far, no legal action has been taken against Grant in connection with his role in Pugh’s conspiracy and tax evasion conviction.

Thanks to actions taken by Pugh’s successor, Bernard C. “Jack” Young, the businessman now stands to earn another $300,000 under the same master lease agreement.

The Board of Estimates, which Mayor Young controls, today approved $634,000 to lease 25 portable air compressors through Grant Capital Management (GCM). Last week, Young pushed through a contract that assigned $13 million in master leasing to GCM.

Based on recent agreements, GCM gets a 2.25% commission to act as a middleman on the lease. That would make the company eligible for a $306,000 fee on the latest two contracts. 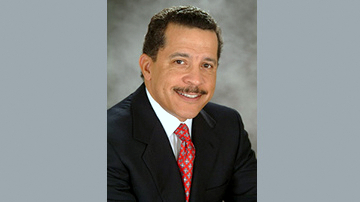 Scott, however, could not get a second to his motion.

Just moments earlier, Young signaled his displeasure with the motion by briefly shaking his head as he stared down at his cellphone.

The original master lease agreement with Grant Capital was approved under unusual circumstances.

Three companies were expected to bid on the contract in 2018, but Carlyle Capital Markets bowed out before the first round of bids.

That left GCM and Bank of America/Merrill Lynch as contenders.

Then shortly before bids were officially opened, Bank of America/Merrill Lynch was disqualified as “non-responsive” by the city law department.

That left Grant Capital Management as the sole provider for master lease agreements with the city.

Responding to a Maryland Public Information Act request by The Brew, the finance department has provided limited information about the fees paid to Grant Capital Management.

According to their disclosure, GCM earned $505,188.50 in broker and other fees for placing a $20 million master lease contract in the hands of a financial institution. A second $3.3 million lease contract yielded a commission of $32,058.16.

The agency did not disclose the fees received by GCM for originating the contracts. But based on the 2.25% commission that the company received in 2018, Grant earned about $3.1 million in commissions on the existing leases.

“The contract has provisions that, if the allegations are indeed accurate, there are steps we can take to terminate the agreement and, as I indicated last week, to debar the vendor,” Raymond said.

“If the board decides to shut down the Grant financing opportunity, what are the options for the city,” Raymond was asked by City Solicitor Davis.

“Pay cash until the issue is resolved. Or [determine] if there are opportunities to utilize other governmental contracts in neighboring jurisdictions, to piggyback on those contracts,” Raymond replied.

“Do we know of any legal impediment to [continue to] utilize the master lease,” Davis asked.

“The answer is no,” Raymond said.

“I then offer a motion to approve the contract, as recommended by procurement,” said Davis.

“Ayes” followed from Young and Garbark, giving the mayor his three-vote majority.