Horseshoe Casino Baltimore ended the year with December revenues skidding 32% from a year earlier, according to statistics released by Maryland’s Lottery and Gaming Control Agency.

With capacity limited to 25% and its restaurants closed under Mayor Brandon Scott’s Covid-19 restrictions, last month’s revenues were $12.7 million.

That’s the lowest monthly yield since Horseshoe opened in August 2014, hailed by then-Mayor Stephanie Rawlings-Blake as an economic “game changer” for Baltimore. The casino was closed between March 16 and June 28 at the onset of the pandemic.

A gaming industry analyst interviewed by The Brew estimates that Horseshoe needs a revenue stream of about $20 million a month to stay economically viable over the long run.

Moody’s Investors Service has downgraded the company’s debt to Caa2, defined as poor quality with a negative outlook, in part because of its “single-property, geographically-concentrated gaming operations, high debt/EBITDA relative to its scale of operations, and competition” from other casinos.

It noted that the company drew down its $15 million revolving credit facility, resulting in negative free cash flow for an uncertain time period, and faces both a high risk of a covenant violation and a probability of default.

As Baltimore’s only casino, which operates 24 hours a day on the 1500 block of Russell Street, Horseshoe continues to suffer far greater revenue hits than its competitors, who are bound by the same 25% capacity and social-distancing restrictions.

Once approaching Live! Casino in size and scope, Horseshoe currently takes in less than one-third of its revenues, in part because Live! (formerly known as Maryland Live) has added gaming venues and built hotel space. 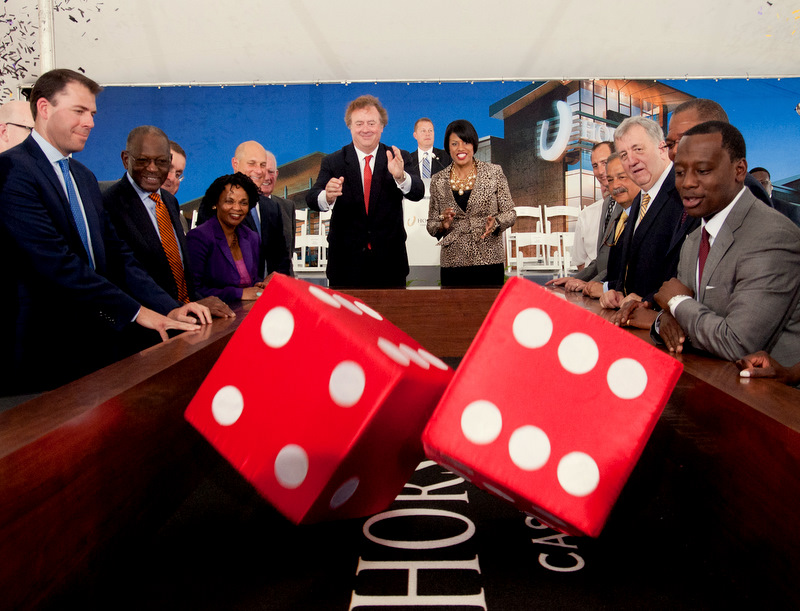 When it was opened six year ago, Rawlings-Blake promised that its revenues would reduce the city’s property tax rate, pay for the construction of schools and recreation centers, enhance public safety and bankroll community projects.

Since then, the $14 million that Horseshoe pays in annual ground rent has chiefly gone to maintain the city’s Targeted Homeowners Tax Credit. A 10% slice of the proceeds, or $1.4 million, is dedicated to school construction.

Local Impact Grants generated by the casino and the Pimlico Race Track have declined from $7.6 million in fiscal 2019 to $5.3 million in fiscal 2020, according to the city department of finance. Much of the money is used for police patrols and sanitation services focused around the casino.

Other funds go to local communities through the South Baltimore Gateway Partnership, which has bankrolled an array of small projects as well as provided seed money for a re-imagining of the mostly derelict Middle Branch waterfront.

Recently, the grants were used to pay for hand sanitizers, N95 masks and meals provided by the Maryland Food Bank.

Last June, the ETF faced a first-ever deficit after Maryland’s six private casinos were temporarily closed to slow the spread of the virus.

Set up in 2008, the fund was supposed to be the big financial winner when Governor Martin O’Malley promoted expanded casino gambling to voters. 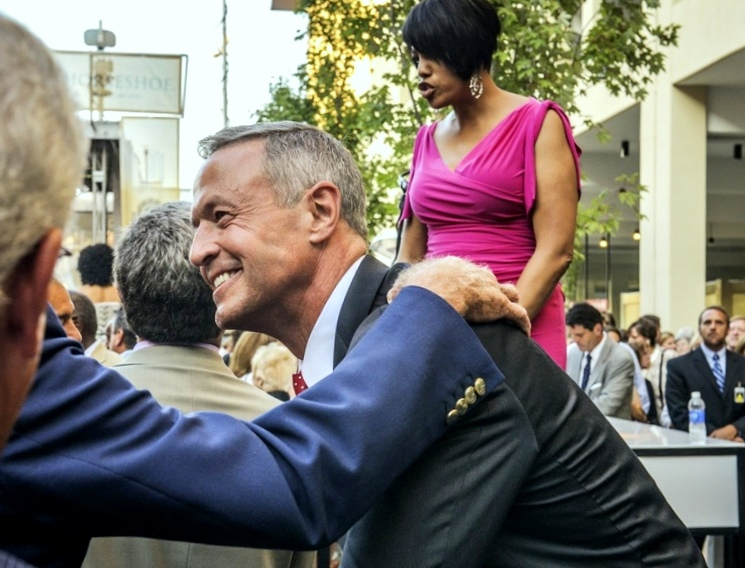