The worst thing about the recent expose of deep dysfunction within Baltimore’s Department of Public Works is that it’s hardly surprising.

The joint city-county Office of the Inspector General report on DPW quantifies and confirms what residents have been saying for years: our water metering and billing system is not working.

The report showed millions of dollars wasted in contracts and consultant fees, thousands of unresolved customer service complaints and an estimated $26 million in yearly lost revenues from malfunctioning “smart” meters.

While former Director Rudolph Chow and DPW leadership were fumbling decision after decision, they were demanding more and more money from us.

There has been a 10% water rate increase in 20 out of the last 21 years. Nearly 40% of Baltimoreans are billed more than the international standard for affordable water service.

As a consolation, DPW has offered convoluted water bill discount programs that tenants, who make up 54% of the city, struggle to access. 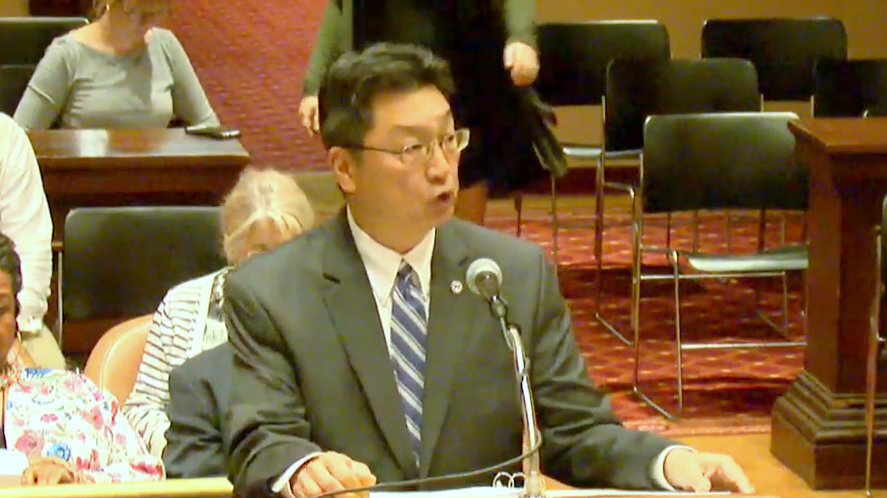 Rudy Chow left tens of thousands of non-functioning water meters in his wake after he retired from DPW. (Charm TV)

What’s somehow worse still is that, amid these incessant rate increases, DPW leadership has opposed legislation to make the system work better.

Back in 2016, the Baltimore Right to Water Coalition began working with then-Council President Bernard C. “Jack” Young on what would become the Water Accountability and Equity Act.

Despite widespread support, the legislation wasn’t even introduced until 2018, was not passed until late 2019, and now – more than a year after its passage – has yet to be implemented.

Why? In large part because of DPW’s refusal to participate in the process. Rudy Chow once explicitly said to the coalition, “I don’t want anything legislated on me.”

The Inspector General report underscores the need for implementation of the Water Accountability and Equity Act (WAEA). The bill would create a new Office of Customer Advocacy and Appeals to reform the water billing dispute process and make it as independent from DPW as possible.

Scott’s top priorities should be to hire a competent, compassionate Public Works director and to implement the Water Accountability and Equity Act.

The WAEA would also create a water affordability program for low-income residents, capping water bills at 3% of household income for people making less than 200% of the Federal Poverty Line.

Mayor Brandon Scott must hire a competent, compassionate Public Works director and institute the WAEA. Thankfully, these are two of his top priorities. And instead of throwing good money after bad, the city should end all forms of outsourcing the billing and metering system.

In Houston, Itron won a $25 million contract that cost the city over $50 million by the time it was done. After the meters were installed, Houston Public Works spokesman Alvin Wright said many of them broke due to “water intrusion on a mass scale.”

In addition to quantifying the thousands of defective meters installed during Chow’s watch, the OIG report validates the stories of frustrated and angry Baltimoreans who have tried to navigate the billing dispute process.

The OIG report validates the stories of frustrated and angry Baltimoreans who have tried to navigate the billing dispute process.

DPW customers have long reported serious challenges with getting billing questions answered. All too often, the department fails to provide a clear resolution timeline and responds to abnormally high bills with the catch-all defense, “You must have a leak.”

Even those who can provide documentation that their meter was broken at the time of an unusually high bill have often been unable to get the overbilling resolved.

The OIG report proves not only that these problems are legitimate, but that they are systemic. No longer should DPW be allowed to pass the buck of its poor practices onto Baltimore citizens. 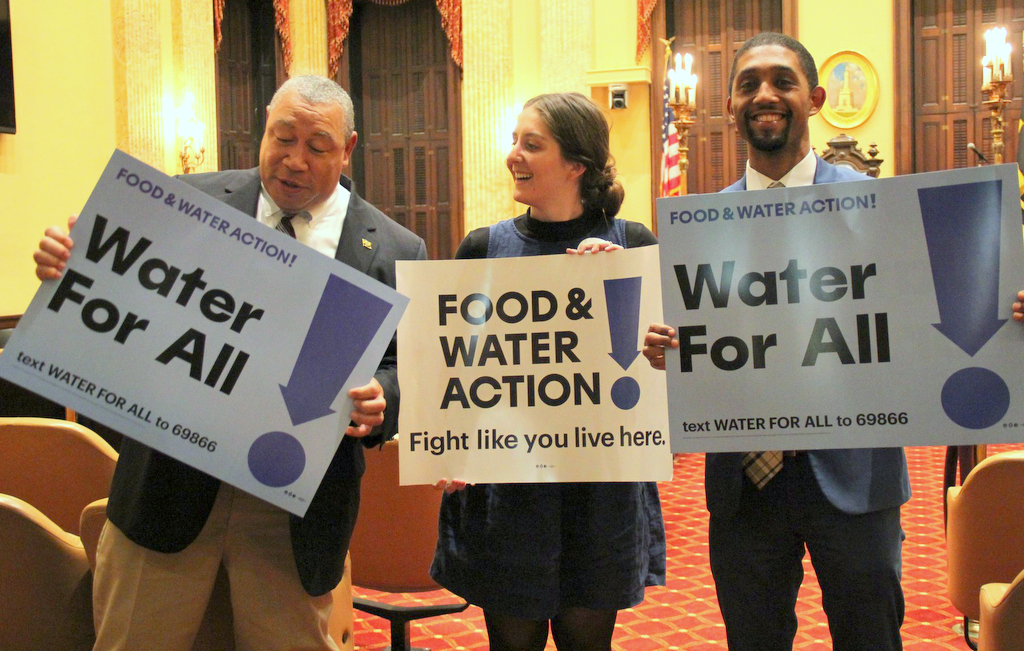 Then Councilmen Bill Henry and Brandon Scott flank Rianna Eckel after the passage of the 2019 Water Accountability and Equity Act. (@fwwatch)

Recent administration changes give us a chance to transform the water metering system.

Newly-elected Mayor Scott and Comptroller Bill Henry championed the Water Accountability and Equity Act when they were city councilmen. Incoming Council President Nick Mosby has voiced concerns about the impact of water rate increases on residents reeling from the Covid pandemic.

Making this a reality will only happen with more oversight, more involvement and more constructive pressure from the public.

Unaccountable department heads and overpaid consultants have had their hands on the spigot for far too long. Let’s make DPW work for us.

• Rianna Eckel is a Baltimore-based senior organizer with Food & Water Watch, a national organization working to find solutions for food, water and climate problems. She can be reached at reckel@fwwatch.org.