Alleging repeated noise violations by The Choptank restaurant, a group of neighbors say the Fells Point establishment should lose its liquor license and are scheduled to make their case at a Liquor Board hearing tomorrow.

From its opening in late September 2019 to the pandemic closures, the Choptank has subjected the neighborhood to loud live or recorded music seven nights a week, wrote Glenn Moomau in a petition he and 14 other people submitted to protest the license renewal.

Moomau said Choptank’s owner promised when seeking the license that the eatery would not have live music outdoors. But music from bands playing inside the building is blasted to the outside world through a series of speakers mounted eight to 10 feet off the ground.

“Broadcasting live music from indoors to the outside via speakers is essentially the same as having live music outdoors,” Moomau argued in documents on file with the board.

“The noise generated by Choptank is harming my family’s ability to lead a quiet life,” wrote Moomau, a 30-year resident of Fells Point, noting that the noise stands out even in the busy area where he lives across the street from the establishment.

“The 700 block of South Broadway,” he said, “is an active, often rowdy block and Choptank, with its high tech array of speakers, has changed the dynamic considerably, which was no small feat.”

“This also violates Baltimore City Health Department regulations on the broadcasting of sound from commercial establishments,” he said.

The Atlas Group has not responded to a request for comment. 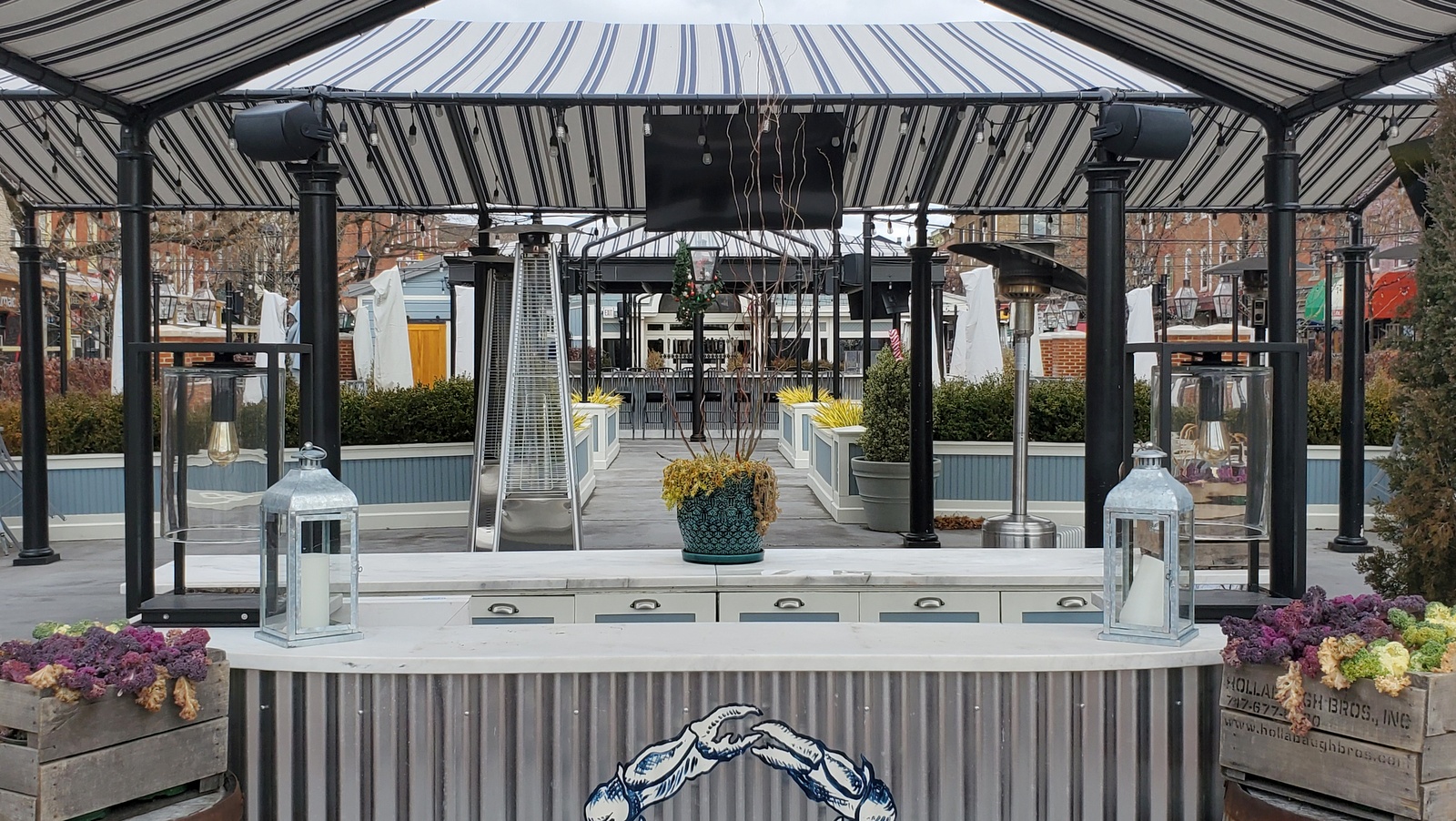 In the News Again

The license protest is the latest flap for the South Baltimore restaurant and its owners, the Atlas Restaurant Group, headed by Alex and Eric Smith.

When it opened in 2019, the Choptank’s dress code was widely criticized as a pretext to discriminate against Black customers and was eventually changed.

Last summer, Atlas’s Ouzo Bay restaurant in Harbor East got national attention when a manager wouldn’t seat a Black child because he was wearing athletic clothes, but did seat a White child wearing similar clothes. Video of the encounter went viral. The manager is no longer with Ouzo Bay.

Now a group of petitioners says the Choptank “disturbs the peace of the surrounding neighborhood” by playing music from 11 a.m. to 2 a.m. seven days a week at sound levels that can be heard more than 50 feet from the property line.

“Late in the evening the outdoor space becomes something else, with large groups of people standing and drinking while listening to live music”  – Glenn Moomau.

The original complaint was filed last March before the state’s stay-at-home order closed restaurants and bars. More signatures came in last May, after establishments were allowed to resume carryout and delivery service. Moomau followed up with a letter to the board last month.

Beth Hawks, owner of Zelda Zen gift shop on Thames Street, said she plans to testify in favor of The Choptank, which she says has had a positive influence on the neighborhood.

She said some degree of noise is a given in Fells Point, and The Choptank is not the only business that has live music.

“These are people that have lived in Fells Point for 20, 30 years and you’re just now bitching about noise?” Hawks said. “That’s ridiculous.”

Moomau argues that while the Choptank may live up to its family-oriented concept by day, it dramatically changes in nature at night.

“Late in the evening, the outdoor space becomes something else, with large groups of people standing and drinking while listening to live music,” he wrote.

According to the petition, the city’s 311 service received 14 complaints about the outdoor speaker volume during the restaurant’s first six months of operation.

According to the Liquor Board, there were 28 311 calls at this location between May 1, 2019 and December 31, 2020, but no violation notices have been issued to the restaurant since its license was approved on September 12, 2019.

The hearing is scheduled to begin at 11 a.m.Thursday (January 28). Information about how to participate is available here.