Like the others waiting in a line that stretched around the block, Gloria and Edward Moaney had arrived early at the Covid vaccine clinic for seniors – in their case, 7:30 a.m. for an event set to start at 9 a.m.

“We didn’t want to miss it. It’s just what we wanted,” Gloria Moaney said, as she filled out a paper form while standing on the sidewalk outside the Masonic Temple on Eutaw Place yesterday.

The couple particularly liked that the program was offering the Johnson & Johnson vaccine, which is administered as a single shot, unlike others that require two doses.

“It’s one shot, which is good, since I don’t like shots,” said the 70-year-old former insurance company appeals coordinator.

She and her husband, a retired bus driver, had also researched side effects and settled on the Johnson & Johnson vaccine, but were unsure how they would ever get it.

Enter Sarah Matthews and her Vaccine Empowerment Team, a group of individuals, mostly seniors themselves, who decided to take matters into their own hands and get shots to the people who despaired of ever getting them.

In an event that came together in just three days after Matthews learned that Walgreens would provide the vaccine, more than 2,200 were inoculated.

“It’s wonderful to see and prove my point that people, especially African-American older adults, are not ‘hesitant.’ They want the vaccine,” she said. 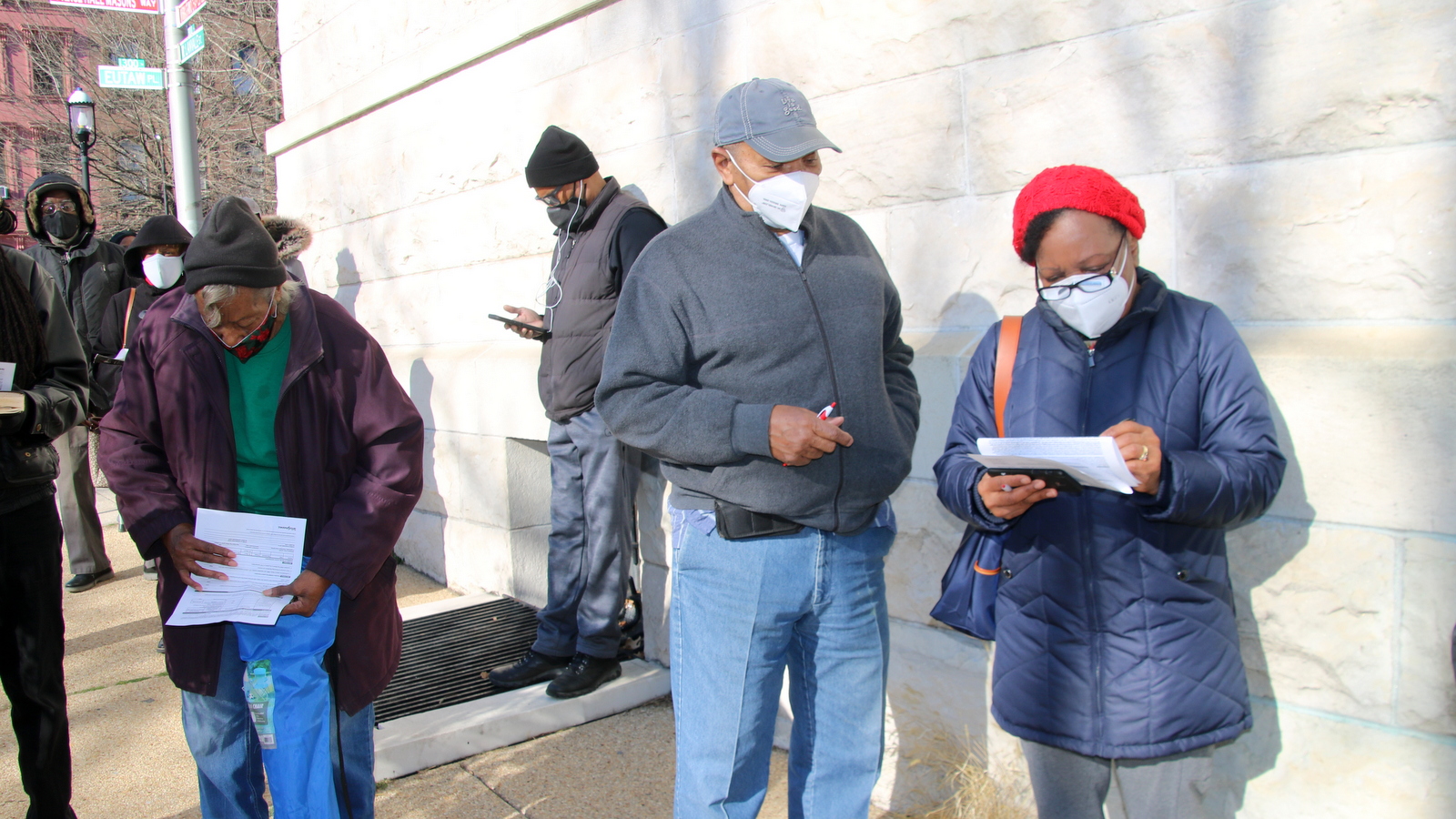 Edward and Gloria Moaney, in line for the Johnson & Johnson vaccine, fill out the paperwork Saturday morning. (Fern Shen)

As Matthews describes it, city seniors have been “disgusted, irritated, anxious and afraid, wondering, ‘When are they coming to our community? We only see White people getting vaccinated.’”

“I hope this will spur people like the governor to stop making rude comments like, ‘Baltimore got more than its fair share of the vaccine,’” Matthews added.

• “The city bureaucracy is so encumbered,” Covid clinic organizers say (3/15/21)

Annapolis leaders aren’t the only ones Matthews and her team say they schooled.

City officials told her they didn’t think she could pull the last-minute clinic off. She had asked for $600 to help defray the cost of cleaning up after the event. She wondered if they could supply water bottles and help them by printing out some of the forms.

“They did zero. The Health Department refused to give me any support,” she said. “I am really crushed by that.” 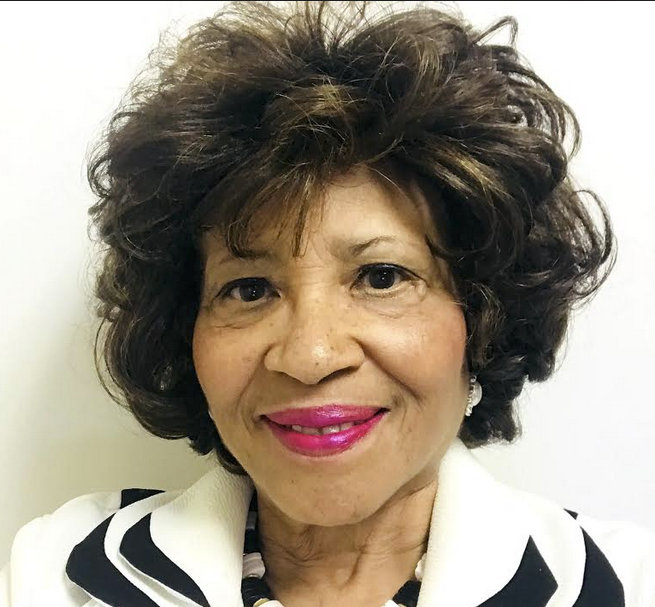 So how did the group do it?

The Bolton Hill resident’s network had come together previously to urge accommodations for seniors at early voting centers last year and to drive people to polling places on election day.

Matthews, a part-time worker for U.S. Rep. Kweisi Mfume, had interacted with local Walgreens officials while working with a constituent. Once she learned the company was offering her 850 doses of the vaccine, the group kicked into gear.

She tapped three public relations professionals and together they spread the word as quickly as possible to news organizations and on social media. John Kern of the Maryland Volunteer Lawyer Service got involved. So did longtime Baltimore civil rights leader Marvin L. “Doc” Cheatham, who blasted the message to his many contacts:

People 65 or older could bring their Medicare or insurance card, plus a photo ID, and get the shot. 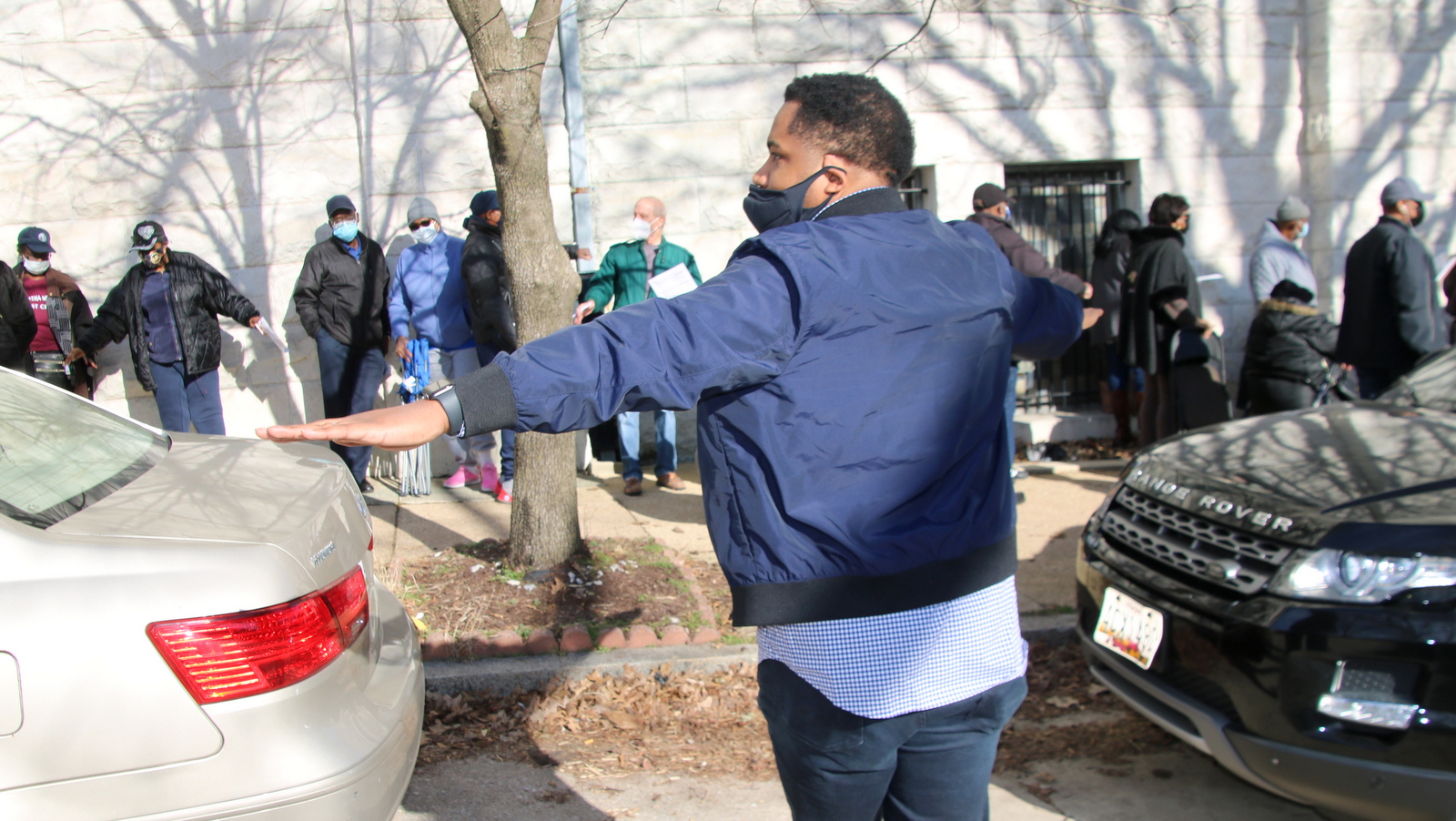 Del. Marlon Amprey demonstrates six-foot social distance to people lined up to be vaccinated outside the Most Worshipful Grand Lodge of Maryland on Eutaw Place. (Fern Shen)

Hours before the start time, the West Baltimore vaccine site was abuzz with double-parked cars and people who came in wheelchairs, canes and other assistance. Seniors who had walked to the location joined the throng, and volunteers coached everybody on the need to maintain a six-foot social distance.

Matthews said it was important to her that the site be centrally located “with a bus stop 50 feet away and the subway two blocks away.” As the day wore on, people kept coming, and Walgreens kept supplying additional doses. 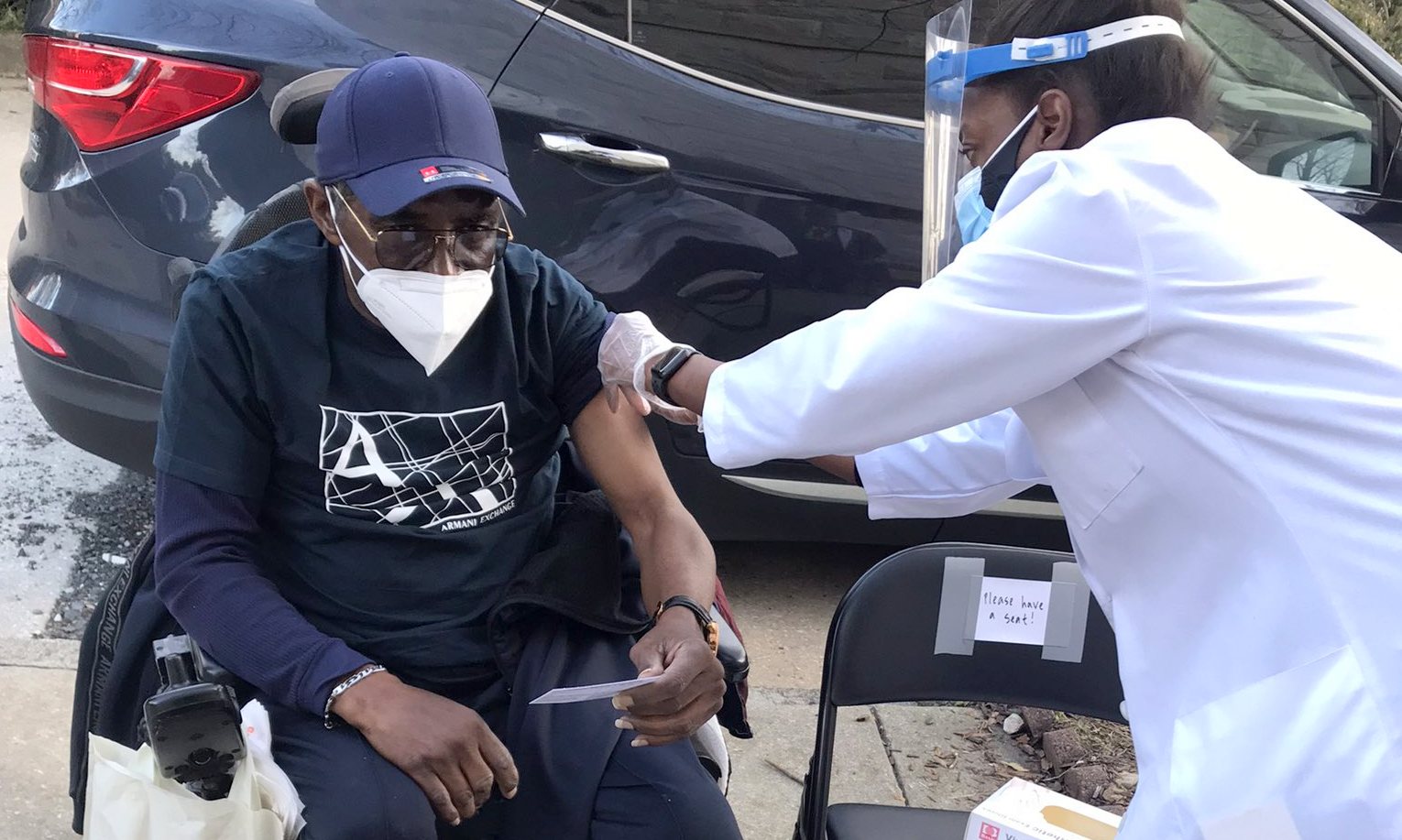 At an event organized by the Vaccine Empowerment Team, seniors receive the Johnson & Johnson vaccine against Covid. (@marlonamprey)

“Some were in tears”

Matthews said public officials would do well to learn from the success of their event amid the many racial inequities highlighted by the pandemic.

Vaccine recipients told her they were desperate to stay safe, but were also demoralized by months of isolation, unable to go to senior centers or visit their children. Rightly or wrongly, many had fixated on the Johnson & Johnson vaccine as simpler and safer.

“Some were in tears” upon getting their shot, said Matthews, who has been asked to organize similar events elsewhere in the city.

“People want this vaccine. You just have to take it to them where they are.” 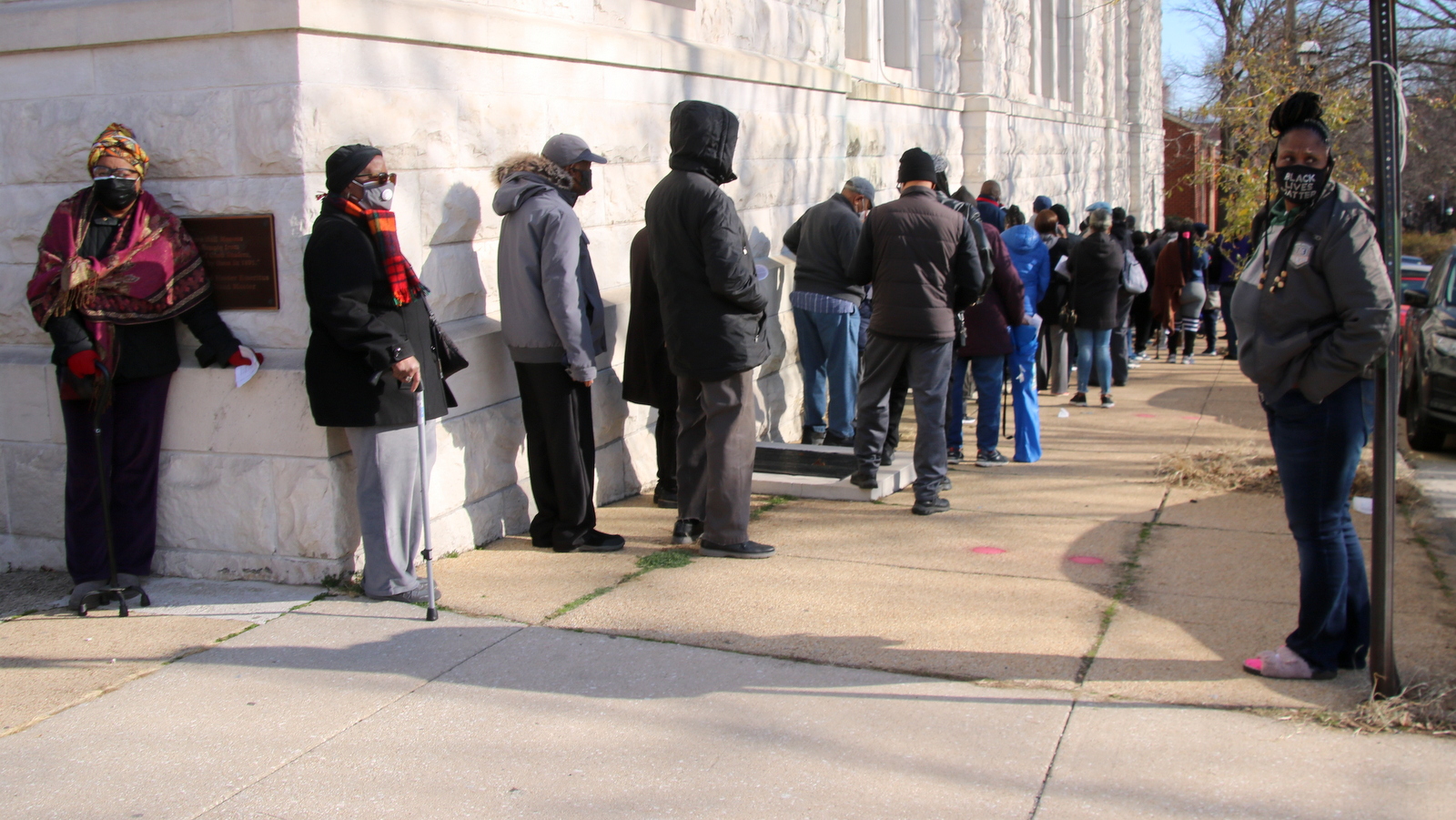 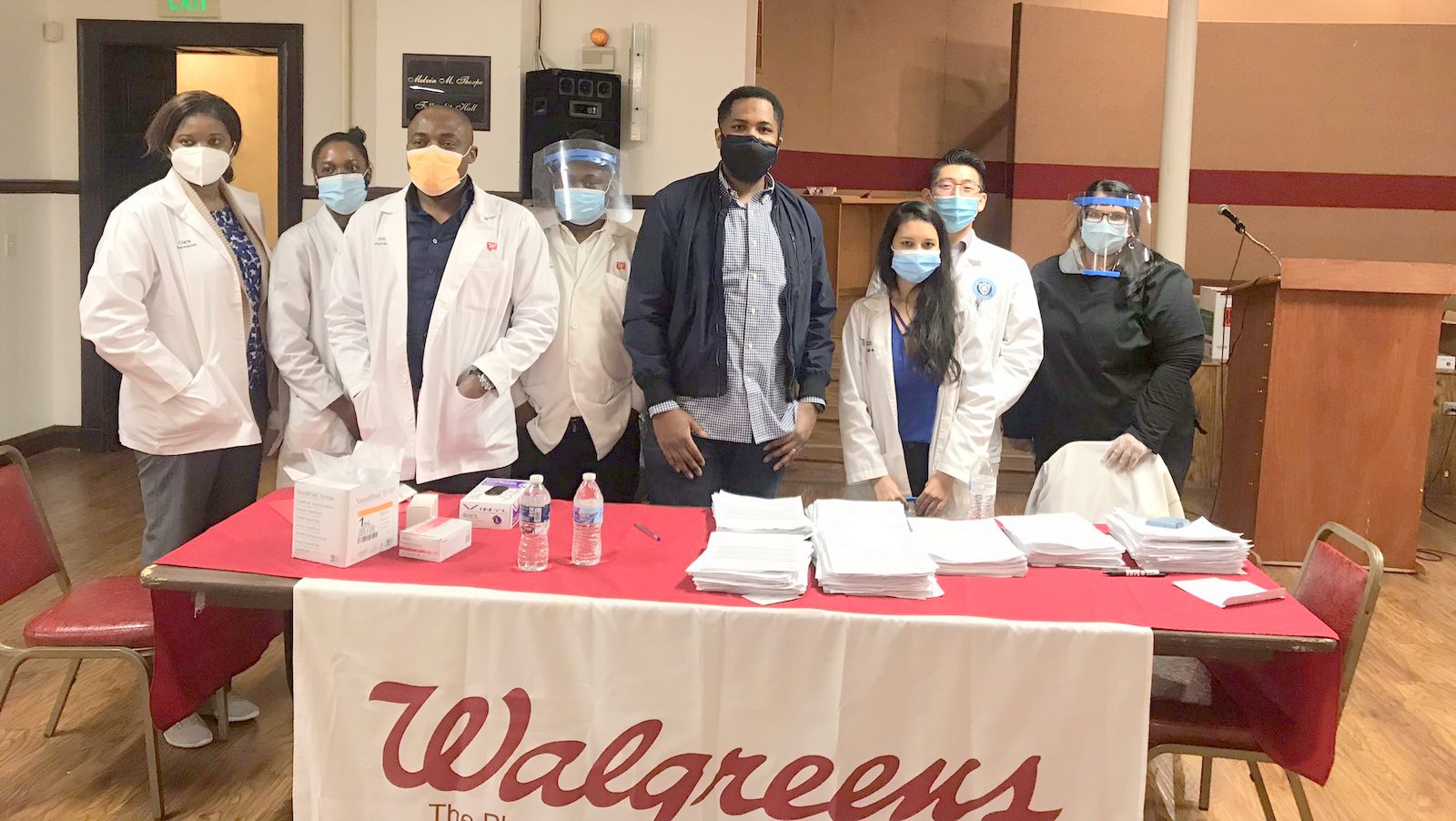