Fabian Mendez was heading to work when he was hit and dragged several blocks with his own vehicle in the Baltimore Highlands neighborhood. Marcus Wilson was skateboarding with his 5-year-old daughter when he was stabbed in Highlandtown.

Two southeast Baltimore families lost a loved one in a week.

Holding candles and homemade signs with goodbye messages, family members stood before neighbors and community leaders at a vigil last night at the Conkling Street Garden to share their pain and to protest the violence.

Cristina Duarte, Fabian’s aunt, recalled that she was in her Brooklyn residence when Flor Mendez, Fabian’s sister, called her with the news.

“We want justice,” said Duarte, speaking in Spanish. “He was a good person, a hard worker and a fighter.”

Marcus Wilson’s sister-in-law, Autumn Piper, cried as she reached for the right words when her turn came to address the crowd of about 75 people.

“Marcus was a very good dad to my baby niece. My niece has to forcibly live without a father,” Piper said.

One of Wilson’s friends, Barb, also spoke. She described him as “one of a kind.” Thanking the community for supporting Wilson’s family, she called on people to keep working together to stop violence.

And she urged them to help police identify whoever killed him.

“If you see something, say something,” she said. “Do not be scared.” 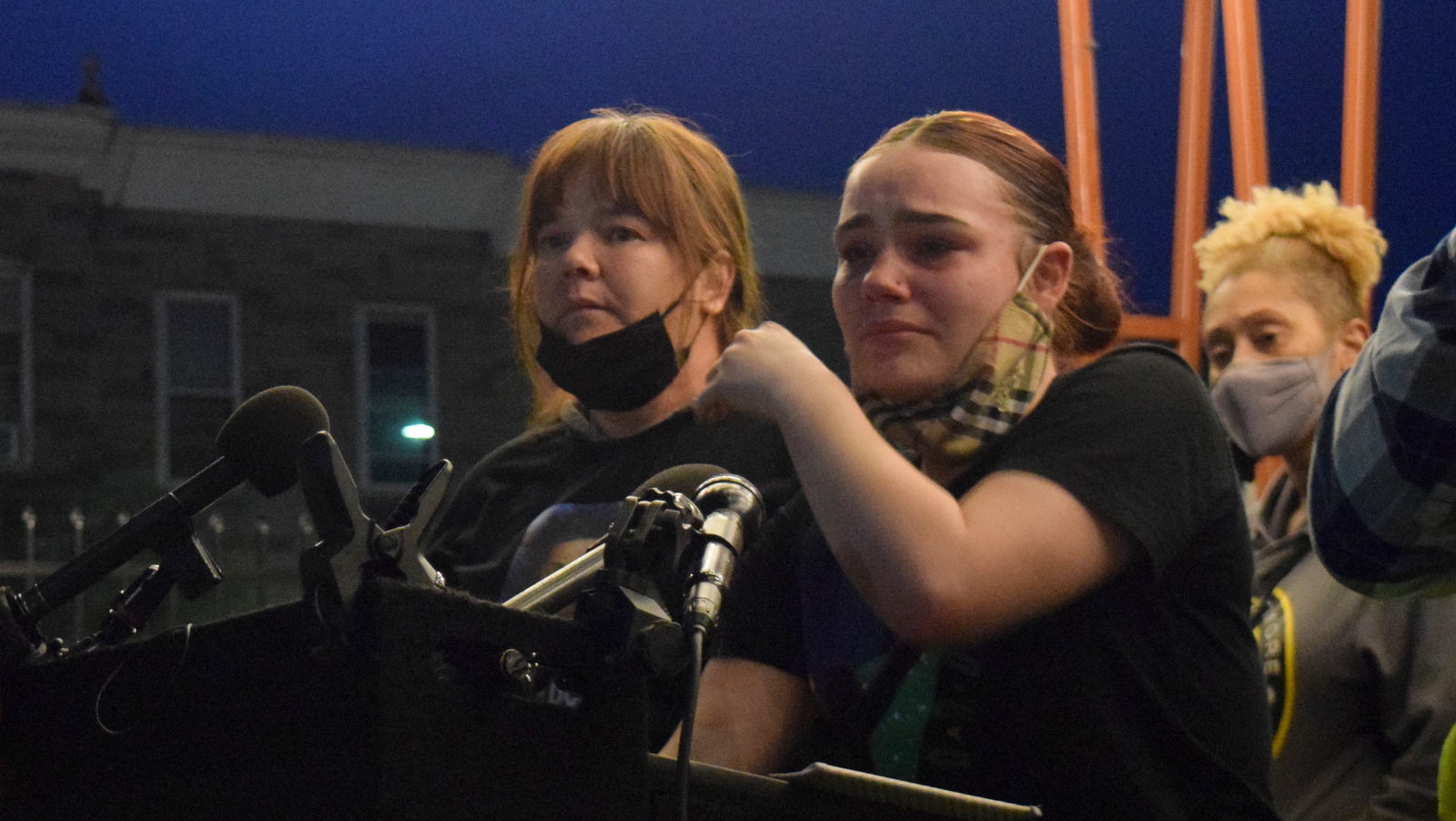 The gathering was held in Highlandtown. But it was a reaction to ongoing violence that has continued to afflict Baltimore, touching people from neighborhoods citywide.

There were at least five separate shooting incidents over the Easter weekend, according to police, one of them resulting in the death of a 31-year-old man in the Carrollton Ridge neighborhood in southwest Baltimore.

There have been 77 killings in Baltimore so far this year.

Police say Mendez, a 41-year-old Latino man, was run over when three people attempted to carjack him Friday in the 100-block of North Conkling Street. A 16-year-old has been arrested in that case while the other suspects remain at large.

No arrests have been made for the March 29 killing of Wilson, a 30-year-old man who is Black and Latino. Police said a neighbor that day discovered Wilson’s daughter next to him on the 200 block of South Conkling Street and brought her to a family member’s home nearby.

Councilman Zeke Cohen, who represents the district, said murders cannot be normalized and urged people to stand united to tackle the issue as a community.

At the vigil, Mayor Brandon Scott offered his condolences and invited Latino neighbors to participate in an April 20 forum talk, in English and Spanish, to get their thoughts on the violence prevention plan his office is working on to make the city safer.

“Baltimore is your home regardless of where you came from and the language you speak,” Scott said, pledging, “we will protect you like everyone else in Baltimore.” 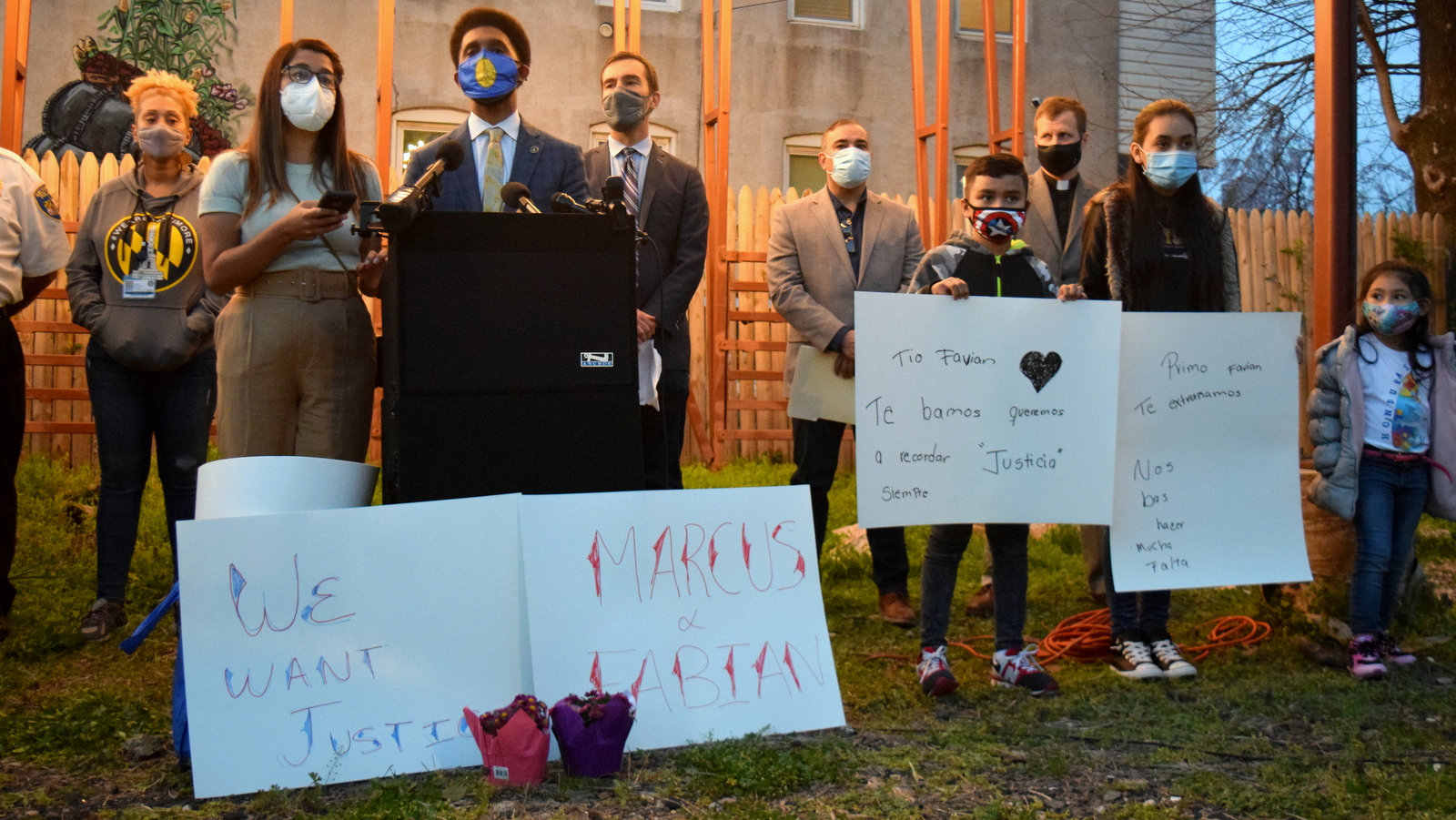 Lucía Islas, a local leader and president of Comité Latino de Baltimore, a nonprofit that connects city resources to Latino members, said she sees a definite uptick in violence and crime in the area.

“We are here to mourn with families who lost their family members, but also to raise our voices and ask our representatives and police department to recognize that crime and violence in this area of Baltimore is a problem,” Islas said.

Among Latino neighbors interviewed yesterday, there was no agreement on whether they are being specifically targeted. But it was clear the two crimes in a week had everybody very worried.

Baltimore Highlands is the home of many working families with children, many of them identifying as Latino. Just in two blocks, six different families told The Brew that out of fear for their safety, they do not leave their houses in the evening.

“The area feels more dangerous, so we shut ourselves up in our house.”

“After 7 p.m., the area feels more dangerous, so we shut ourselves up in our house,” said Samuel Gómez, 36, who has two children, 7 and 2, and has lived in the Conkling and Lombard corner for 14 years.

“We all know our Hispanic neighbors carry cash around, so they are easily targeted,” said Sharon Sprigs, a former Hilton Hotel server who lives nearby.

“Ultimately, we all want to feel safe, that’s it,” said Sprigs, who described being harassed outside of her residence by an individual asking her for money. 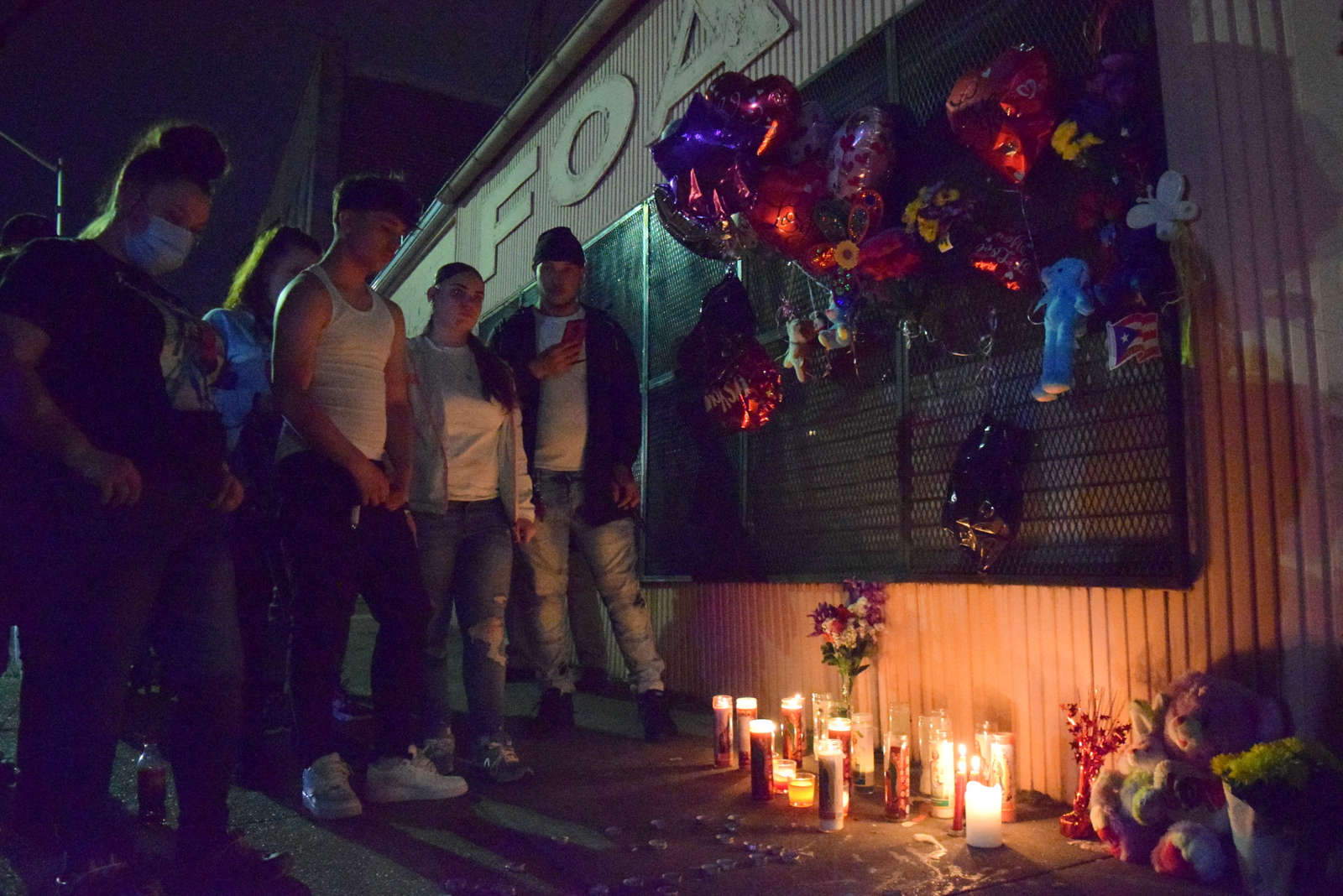 Marcus Wilson’s family at a memorial in the place where he was killed last week. (Vanessa Gabriela Sanchez)

A block away from the Gomez house, Luis Sánchez, a construction worker with three daughters, said he wants to move out of the neighborhood.

“My daughters want to play with the bicycle, but I’m always worried about us being caught in crossfire,” said Sánchez.

It’s not an abstract concern.

Sánchez said his father got caught in a crossfire while parking the car there last year – right outside the house. He said his father was not injured, but the car window and a neighbor’s door were riddled with bullet holes.