An auction of the Martick’s building and six other westside parcels was called off today, after the property owners came up with sufficient funds to satisfy their lender and avert a substitute trustees’ sale.

In addition to the former Martick’s Restaurant Francais building at 214 West Mulberry Street, the properties scheduled for auction included 400, 406, 408, 410, 412 and 414 Park Avenue, all part of the city’s Howard Street Commercial Historic District.

The Baltimore Development Corp. assembled the parcels, solicited bids for them and chose a group called Park Avenue Partners to be the developer. Park Avenue Partners planned to build a $30 million, 94-unit apartment building on the site, including preservation of the front portion of the Martick’s building, but never moved to the construction phase.

The auction was triggered after the developers defaulted on a loan from a private lender, raising questions about whether the project will ever be built.

Cancellation of the auction means that Park Avenue Partners is still the legal owner of the property and presumably still could move ahead with its project, look for a buyer or development partner, or default again.

No one from the development team attended the auction today. The attorney for the lender also was not present, but communicated with the auctioneer by phone.

Cooper did not disclose how much money was wired or whether the loan is paid off completely. He noted that the auction “could be rescheduled.”

Chris Janian, a member of Park Avenue Partners, did not immediately respond to a request for information about the status of the project. 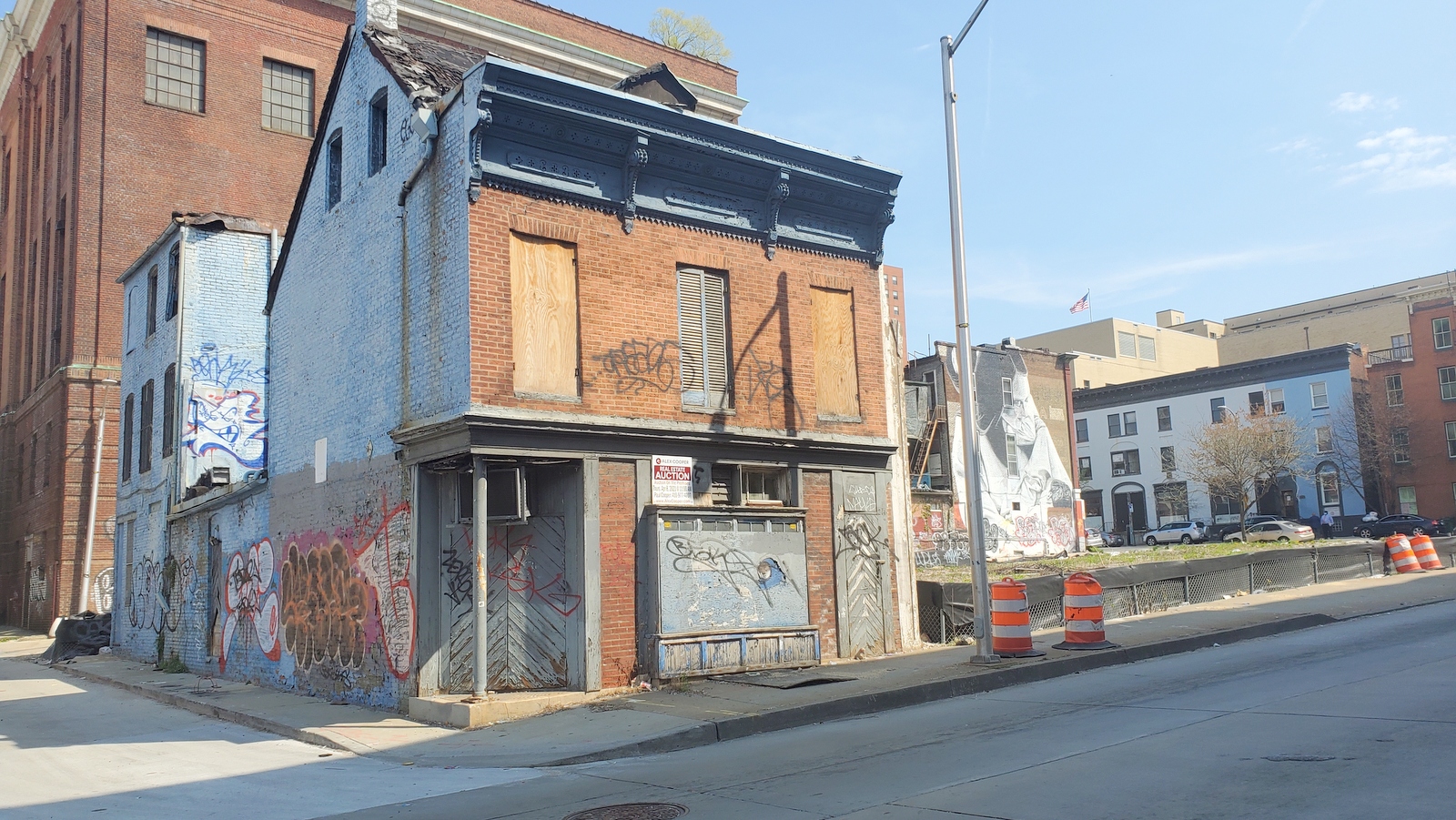 Among the people gathered for the auction was Paul Bartlett, a food service consultant who worked at Martick’s on and off for 30 years and wrote a cookbook and memoir with restaurateur Morris Martick, entitled Bouillabaisse on Mulberry Street.

Bartlett said he was part of a group that submitted a competing bid for the Park Avenue assemblage and that he’s sad to see that the selected developer hasn’t moved ahead with its project.

The competing team was headed by Lehr Jackson Associates, with BCT Design Group as the lead architect.

It planned a mixed-use development called Art @ Park that would have restored and expanded Martick’s as a prominent feature of its project, along with artists’ housing and other shops, restaurants and arts-oriented spaces.

Bartlett said he thought the city’s development agency should have selected Jackson’s bid over Park Avenue Partners’ bid, not only because it celebrated Martick’s but because Jackson had extensive experience with local and national projects, including Union Station in Washington, D. C.; Grand Central Terminal in New York City and Belvedere Square in north Baltimore.

Jackson’s team “had a tremendous amount of experience with the Baltimore market,” and its proposal “would have revitalized the whole area,” he said. “It made a lot of sense. I thought it was the better choice.”