The city will award $100,000 to the estate of a man struck and killed while riding his bicycle by a Department of Public Works driver who fled the scene of the 2016 crash.

The Board of Estimates is set to make the award tomorrow to settle a suit brought by Lance Roane, son of the 54-year-old victim, Ralph Myron Roane.

At the time, the advocacy group Bikemore questioned why police had publicly said  the crash might have been the result of “pedestrian error” before the investigation was complete.

“No matter the cause, there is no excuse for leaving the scene of a collision and not attempting to render care for someone who has been injured,” the group said in a statement.

A jury subsequently acquitted Laprade of the charges. At trial, Laprade said he was unaware he had hit a person.

When confronted by a man who said he had witnessed the crash, Laprade was “very confused and legitimately did not believe he’d been in an accident,” according to his lawyer.

On the afternoon of August 15, Laprade (listed in BOE documents as “Angelownecko Laprade”) was parked at Chester and Chase streets in East Baltimore “eating lunch and doing paperwork.”

Inside “an extremely large Vac Truck,” Laprade had the windows closed and the air conditioning and engine running as Roane rode his bicycle up Chester Street and stopped directly in front of the truck.

A security camera from across the street showed Roane standing up and bending over several times. When the City driver was ready to go to his next job site, he checked his side mirrors and pulled forward toward the stop sign to make a left turn onto Chase Street, running over Roane. The City driver was not aware that Roane was in front of the truck.

Another motorist in the opposite direction on Chester Street witnessed Roane bent over when the truck pulled forward. At the time, the witness thought to himself that there is no way the driver of the truck could see Roane.

The city said it will make the cash settlement, in return for the plaintiff agreeing to drop the case, to avoid the expense, time and uncertainties of protracted litigation.

Laprade was fired from his city job after the incident, but appealed and was reinstated, according to news reports at the time of trial. His name does not appear on a list of current city employees.

Another bystander, who found Roane lying in the street after the crash, said she had frequently seen him riding on Chester Street.

“It so happened that’s where he died at – on the same street he goes up every day,” she told Fox45.

In an online funeral home site, his obituary said he received his GED in in 2002, “loved riding his bike” and had begun to “start living a good and decent life – we were so proud of him.”

“In his spare time, he enjoyed washing cars, riding bikes and helping others when needed. Ralph made lots of friends wherever he went.” 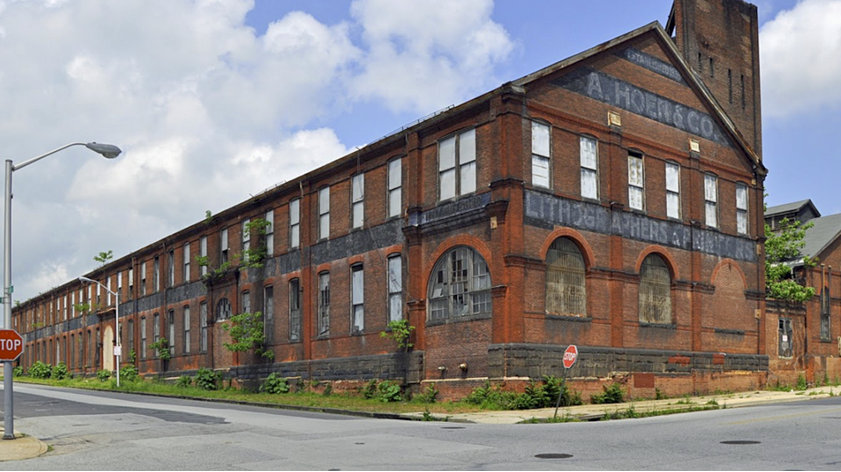 A 2016 photo of the intersection of Chester and Chase streets where the crash occurred. (bikemore.net)