Like others in Baltimore who work with people at risk of losing their homes at the city tax sale, I breathed a sigh of relief when Mayor Brandon Scott this week announced he was addressing this urgent problem.

Recognizing the special hardships imposed by the pandemic, Scott took 2,500 owner-occupied Baltimore properties off the tax sale list for the scheduled May 17 auction. He also announced plans to remove others on a case-by-case basis.

This was a great win for the homeowners facing tax sale this year. But we advocates are not finished – not until changes are made to Maryland’s deeply flawed tax sale system that could keep city residents out of trouble in the first place.

If you aren’t one of those who find themselves in that dire situation – falling behind by as little as one missed property tax payment – or haven’t before taken a hard look at the system that puts them in jeopardy, you might not get why we are fighting so hard on this issue.

What we see is the political will to fix this bad system. But first, this primer on one of the least known and understood barriers to maintaining and passing on homeownership in low-income Black and Brown communities.

If a homeowner is behind on their property tax bill by as little as $750 on April 30 in any given year, Baltimore City holds an auction in May to sell the lien to a third-party private investor. That investor purchases the right to foreclose on the home.

For the vast majority of homeowners who face tax sale, this system means that they can lose their home of many years for a single missed payment of their annual property tax bill.

One year of hardship – say, an illness, an accident, a job loss, a death in the family – can result in a family losing the home in which they raised their children.

One year of hardship – an illness, an accident, a job loss, a death in the family – can result in that family losing their home.

Worse still, the homeowner is not entitled to recoup any of the financial value of the home they spent years building.

But the city receives its money. And the investor gets paid, too, either in the form of a large payment of costs and fees required from homeowners who do manage to redeem the property or, if they proceed with a foreclosure, the entire value of the home.

Who is impacted? Data from our remote pro bono clinics, designed to help homeowners facing foreclosure, reveal just how much the current system hurts the most vulnerable members of our community:

• About 82% identify as Black, and three quarters are women.

• Many have been in their homes for decades, with an average length of home ownership of 27 years.

Beyond increasing insecurity for Baltimore families, though, the current system also contributes to the huge problem of vacancies and blight in our city.

Private investors have no incentive to purchase the liens of vacant or underwater (negative equity) properties, which cycle through the tax sale system year after year.

Investors have no incentive to purchase the liens of vacant or underwater properties, which cycle through tax sale year after year.

Many of the investors, motivated only by the costs and fees they could collect from homeowners, foreclose on houses, expel the occupants and then leave the property sitting empty. 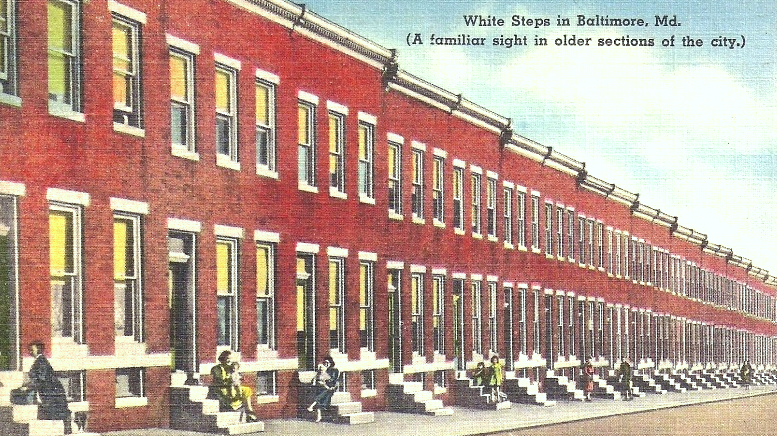 When Mayor Scott took office last December, he made a commitment to help vulnerable homeowners keep their houses by reforming the current tax sale system.

Scott has already acknowledged that the predatory system now in place disproportionately impacts communities of color and is broken, and he knows the city can do better by its residents.

The mayor reached out early in his term to a group of community advocates requesting a proposal for a new tax sale system.

In February, we provided him with a draft plan that would better support at-risk homeowners, reducing the chances that homes will be lost to the system, while enabling the city to bring in the revenues it needs.

Now we are asking Scott to act on our proposal.

One place to look for an answer is Rhode Island, which has been operating a successful statewide program since 2007. Here’s how it works:

Rhode Island Housing, a state agency, purchases the delinquent liens and holds them for at least five years if the homeowner does not pay.

During that time, the agency reaches out to homeowners with letters, calls and in-person visits that aim to identify each household’s unique underlying financial challenges preventing them from paying the bill, and to connect them to appropriate resources that address those challenges.

Possible interventions include providing payment plans, connecting homeowners to pro-bono legal counseling and foreclosure prevention counseling. After five years, the agency may foreclose on the property if the liens remain unpaid.

This office would provide targeted outreach to homeowners with liens below $10,000 (the vast majority of homeowners), providing payment plans and referrals to support services, thereby mitigating the possibility that tax bills will continue to mount. 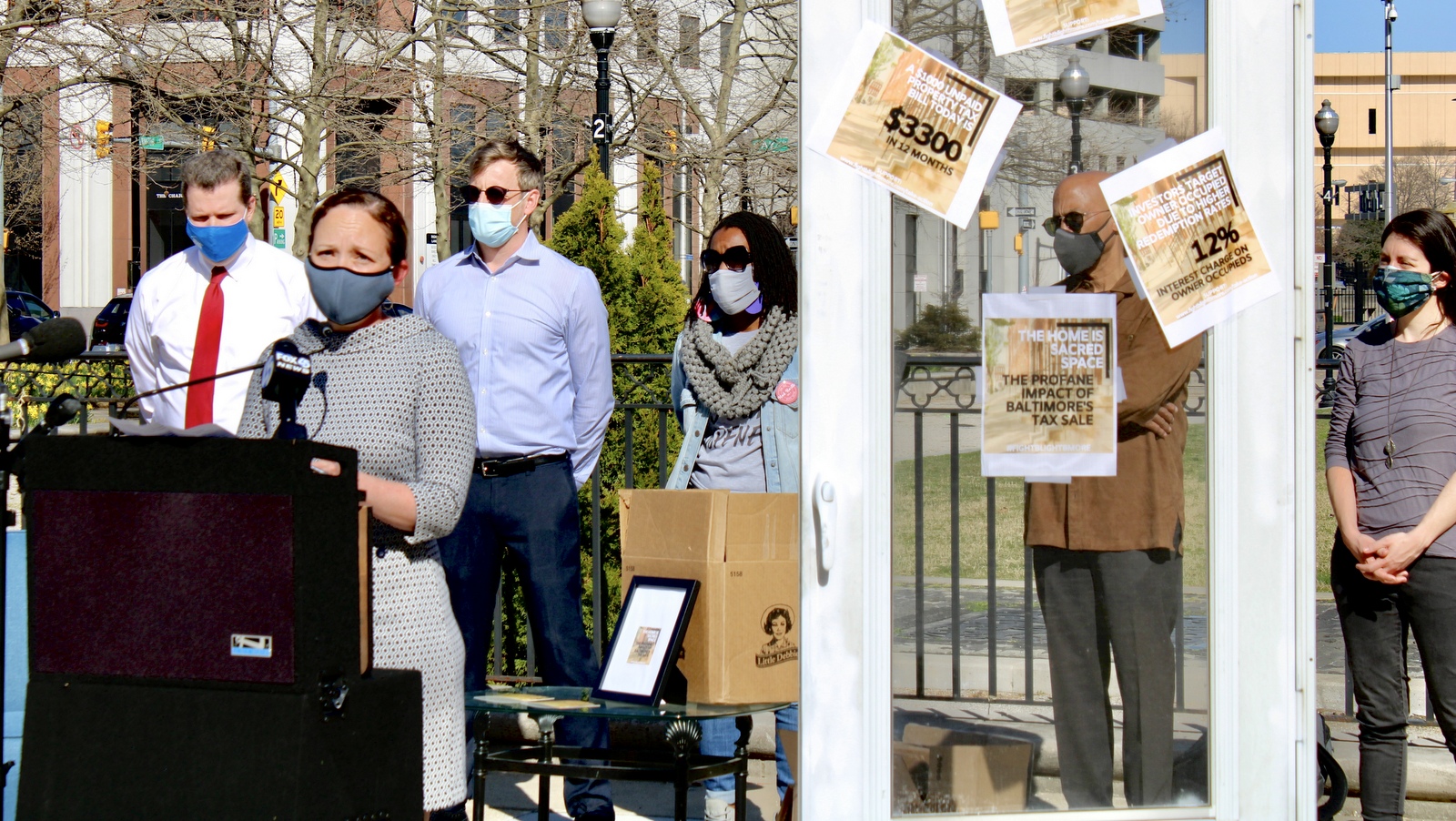 Crucial support would be provided to homeowners in completing the annual homeowner’s property tax credit application, which caps property tax bills based on household income for those making less than $60,000. (We saw numerous clients this year in tax sale due to issues with their applications.)

Homeowners would be provided individualized outreach and support to help them best determine how to pay off the debt. Only those properties with liens exceeding five years would be sold.

Vacant properties would be disposed of under a separate system allowing for a simple foreclosure using a land bank, where they can be thoughtfully put to productive use with input from community development leaders.

By providing much-needed supports to homeowners, this system would increase the number of debts the city manages to collect.

There is momentum right now to solve the problem of tax sale, which has been criticized for years.

In 2020, the City Council passed legislation that would divert certain vulnerable homeowners into an alternative path in which they would be provided time and supports to pay down their bills.

In Annapolis, the General Assembly just passed the Homeowners Protection Act, which would accomplish a similar end on the state level for homeowners.

These programs are welcome progress, but also have limitations.  To benefit from the programs, property owners must meet very specific criteria (age, disability, income, length of homeownership) and proactively apply during a short window of time.

Now is the time to enact reform that is even more comprehensive and could potentially save a wider group of homeowners.

Our top elected leaders have repeatedly said that creating a more equitable city is their overriding goal. For low-income families, home equity is the primary source of wealth they have to pass on to their children.

Those of us advocating hard for city residents look forward to working with the mayor and Council members – right now – to reform our broken tax sale system.

• Allison Harris is director of the Home Preservation Project at the Pro Bono Resource Center of Maryland.