In the annals of Baltimore government spending, Contract B50005554 sets some kind of a record.

The Board of Estimates unanimously approved $3.5 million in back reimbursements to SP Plus Corporation and $4 million in “projected” future expenses – all done within the parameters of the old contract.

Board President Nick Mosby did not object to paying so much to a Chicago conglomerate with minimal MBE/WBE participation ($120,290 going to a Black-owned security firm and $46,152 to women-owned subcontractors).

City Solicitor Jim Shea did not question the legality of drastically altering a signed contract.

And City Administrator Chris Shorter, replacing Mayor Brandon Scott, who was attending a White House crime prevention meeting, did not speak at all.

The Brew yesterday broke the story of this strange agreement, ratified on June 5, 2019 between SP Plus and the Parking Authority of Baltimore City (PABC), to run the Arena, Lexington Street and Baltimore Street garages.

“You mean the question of operating expenses was never raised?” Comptroller Bill Henry asked, in disbelief, at today’s meeting.

He had just been told that the BOE had deliberated at length about the $36 “management fee” requested by SP Plus, but was unaware that “operating expenses” would add millions of dollars to the contract. 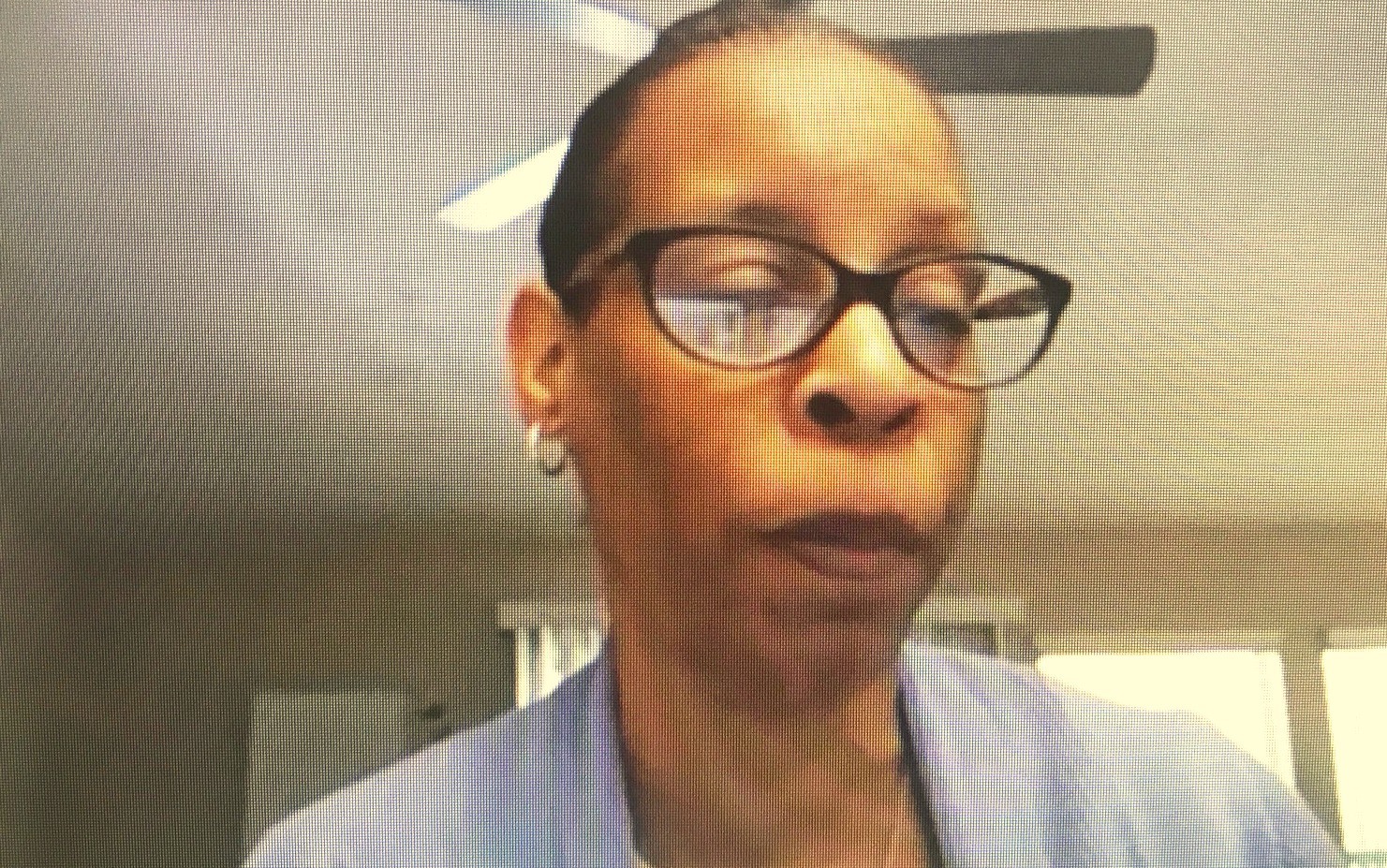 Peter Little, executive director of the PABC, downplayed the fact that the board had been so ill-informed two years ago, framing the matter this way:

“It was a clerical error by a former procurement officer that brings this item to the board today.”

Keasha Brown, the city’s procurement chief, then appeared at the virtual meeting to ask the spending board “to correct, ratify and increase” the contract.

“I’m still a bit fuzzy on the $7.5 million [increase] as opposed to the $36 [original price],” Henry told Brown. “Are you saying it wasn’t a miscalculation as much as it was just failing to calculate the operating costs?”

“Yes, it was an oversight, a very huge oversight,” Brown said, stressing that the contract “predated” her employment.

“We are transparently presenting the $3.5 million back to the board as a corrective action,” she said.

Meanwhile, Little confessed that his office hadn’t reimbursed SP Plus for anything in the last eight months. 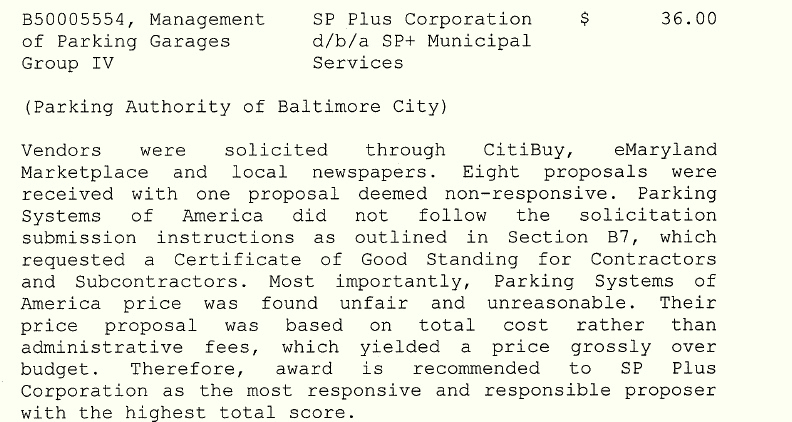 The original contract with SP Plus, as it appeared on the May 29, 2019 BOE agenda.

Unasked at the meeting was why Little had waited two years to bring the matter to the board’s attention.

Also left up in the air was why PABC was “projecting” it would owe the company $4 million in operating expenses between June 3, 2021 and May 31, 2022, when the contract expires.

That amount is more than double the $3.5 million the company was charging the city for the two prior years of operating expenses.

Is running a Baltimore parking garage really expected to rise by 129%?

Henry didn’t pose that question to Little or Brown, but raised a related point – how does SP Plus, one of largest parking and ground transportation operators in North America, make money it if charges so little in management fees?

Little said he couldn’t speak for a private company, but offered this observation about Baltimore’s municipal garages:

“These are some of the best high-profile garages in the city. So I imagine for marketing reasons, they really wanted to win this bid.”

And after winning this bid, wouldn’t the $7.5 million awarded today be a fine enhancement to that minuscule $36 management fee?