Eric Jackson is so proud of the Cherry Hill Urban Community Garden that he shouts out its credo as he gives visitors a tour.

“We feed people. That’s our goal, and that’s what we do,” he booms, walking his guests past rows of thriving green beans, tomatoes, kale, collards and other green leafy vegetables.

But along with enthusiasm, there’s urgency and anxiety in his voice, too, for Jackson and his team are faced with a troubling deadline.

The 1.5-acre farm is being evicted by its owner, the Housing Authority of Baltimore City (HABC).

This past month, Jackson said, Black Yield and the Cherry Hill Community Development Corp., which secured the vacant lot at 900 Cherry Hill Road more than a decade ago, have been getting increasingly harsh emails telling them to vacate the premises.

“Everyone was flabbergasted,” Jackson told The Brew. “We thought we would at least be able to stay through the end of the growing season.”

Rather than leave, the group has seeded its pleas for a reprieve across multiple social media platforms. Its petition has attracted more than 31,000 signatures.

“This isn’t just a farm,” a video circulated this week declares. “Some call it a church without walls.”

HABC confirms it has future plans to put affordable housing on the site.

But a spokeswoman declined to provide a timetable for the plan or respond to other questions, saying the agency will have more details at a July 8 meeting with Black Yield and the Cherry Hill CDC.

“At the meeting, we will discuss the land’s future use. While it is premature to discuss this situation until we have held this meeting, we cannot overlook the fact that the Black Yield Institute is occupying the land without permission,” Ingrid Antonio, HABC senior vice president of communications, said in a prepared statement.

“Our hope is they will be able to relocate and continue their farming elsewhere,” the statement continued. “Importantly, in keeping with our mission, HABC’s longer-term plans call for building badly needed affordable housing on the property.” 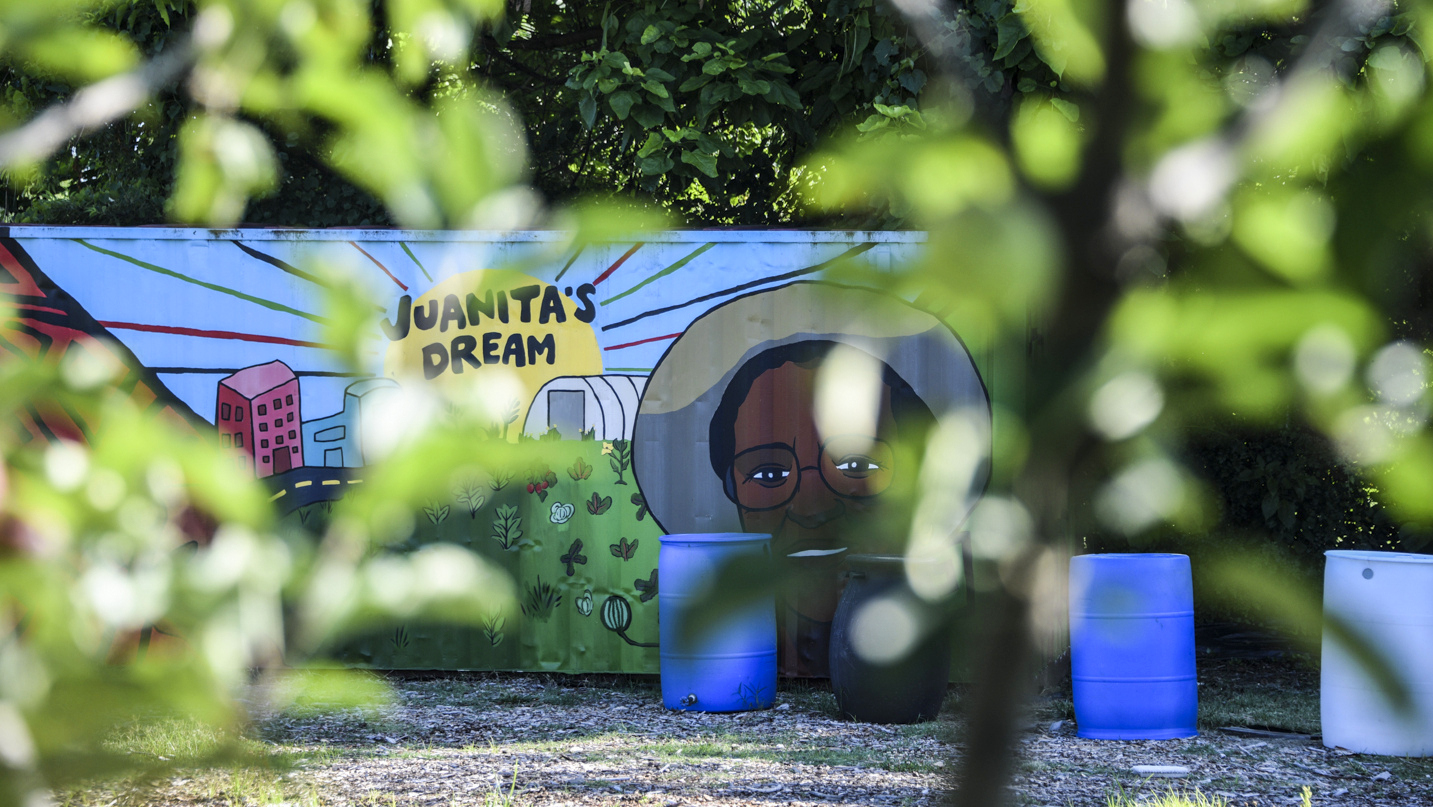 Jackson acknowledges that the lease has expired. But, reciting the farm’s history with HABC, he said, “We are not being honored or respected.”

The lease dates back to 2010, when the garden was started on a vacant lot by Cherry Hill CDC board member Juanita Ewell, who died in 2015. Black Yield Institute came to steward the land in 2017 and had its first growing season in 2018.

“We are not being honored or respected”  – Eric Jackson of the Black Yield Institute.

Jackson says Black Yield “reached out” to HABC in 2019, but didn’t hear anything back until this spring. Then in mid-June came a formal letter saying they were to leave the property immediately because it was being used without permission.

“The [lease] has been out of date for years,” he said. “Why is this suddenly a problem now?” 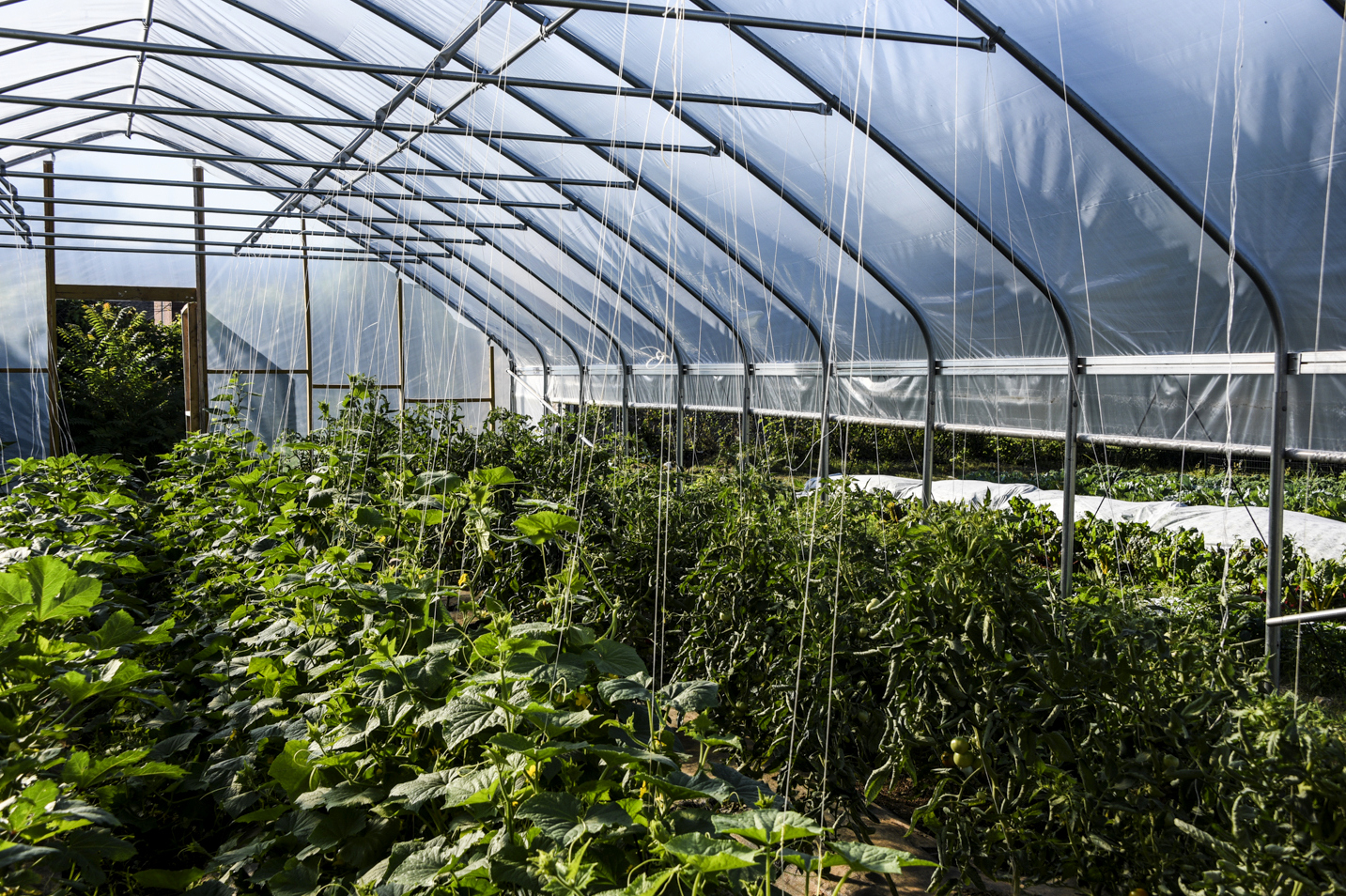 Tomatoes and other crops growing in one of the garden’s hoop houses. (J.M. Giordano)

As Jackson sees it, an eviction at this point in the summer would be a devastating loss for the farm – and Cherry Hill residents .

“We would lose over four thousand pounds of fresh produce that wouldn’t make it into the community,” he lamented.

A proud community struggling with poverty, disinvestment and the lack of a neighborhood supermarket, Cherry Hill should be supported, not rebuffed, in its effort to feed itself, supporters say.

“Land insecurity is real. In the midst of a global pandemic, Black people are already having a difficult time accessing fresh, healthy produce,” the group’s petition reads. “Removing a proven community asset doesn’t make any sense.”

Cherry Hill should be supported, not rebuffed, in its effort to feed itself, supporters say.

Jackson hopes HABC will let them stay through the end of the growing season, help them find another location and provide some financial support during the transition.

“When we get things in writing, we can begin to have a relationship that allows us to have that security,” Jackson said. “If the agency says that it’s interested in having strong partnerships, here’s the opportunity to exemplify that.”

Community gardens and urban farms in Baltimore have long had a precarious existence, perching on vacant land, often through the city’s Adopt-Lot program and sometimes threatened by development.

The Filbert Street Garden in Curtis Bay, for instance, was nearly displaced by plans for a water pumping station two years ago.

After its plight gained publicity and its city councilman, Ed Reisinger, intervened, the Department of Public Works found another site for the facility. The agency promised to deed the lot over to the garden, which was re-formed as a non-profit. (The garden still hasn’t received the paperwork.) 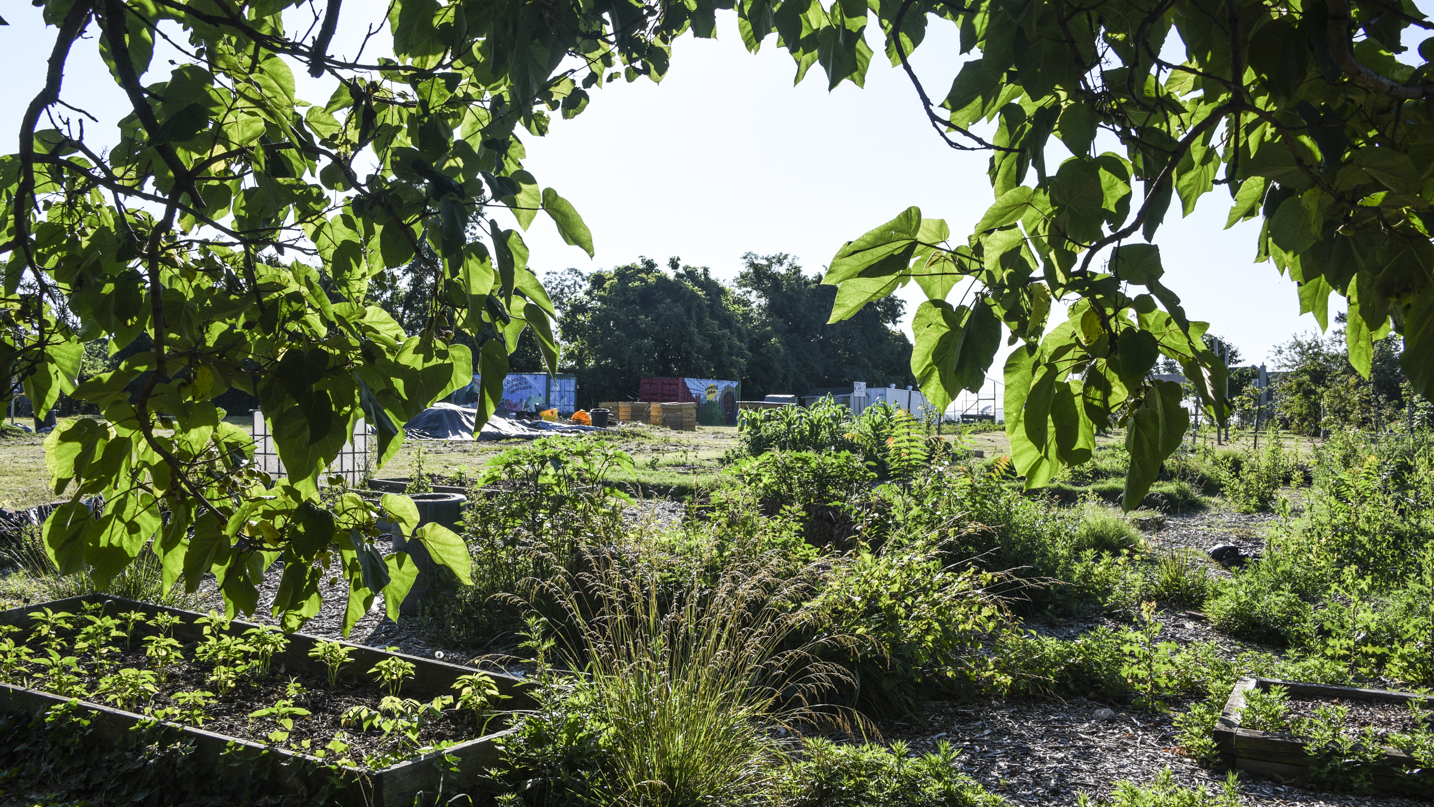 Jackson says he’s hoping a Grand Harvest event planned this Saturday (July 3) from 4-7 p.m. will draw more attention to the farm’s contribution to the community.

“Just since the pandemic, we’ve logged over 1,115 hours from over 120 volunteers helping local seniors and families,” he said, describing how the group has been distributing boxes of fresh fruit, canned food and vegetables from the garden.

Hard to quantify, he said, but just as important, are the human bonds formed by the many activities at farm. “There’s an apiary, composting stations and plots for the community to grow their own food as well as a fire pit where members of  the community gather,” Jackson told The Brew.

“We just want to be treated fairly. Uprooting us with no plan in mind is not just uprooting us, but uprooting what we bring to a community that needs it.”