Under activist Kim Trueheart, the one-time city recreation center at 3901 Maine Avenue in northwest Baltimore has been a steady source of food and support.

She began providing federally funded breakfasts and lunches there seven years ago. In early 2020, as the pandemic struck, the program expanded to a Monday through Friday operation, distributing over 1,000 meals a week.

“The community loves it,” said Trueheart, noting that the fare includes ready-to-eat meals like spaghetti and chicken-and-grits prepared by popular local restaurants including Miss Shirley’s and Teavolve. She got Chef José Andrés’ renowned World Central Kitchen to pitch in, too.

But on July 19, she was taken aback by an email from City Schools, the building’s owner, telling her to halt operations and obtain a permit from the Health Department.

“At no time over all these years were we required to obtain a food permit to distribute food to the community,” said Trueheart, executive director of the Liberty Village Project.

For Tiara Legge-Marks, who has been supervising the food distribution site since Trueheart suffered some health setbacks, the news was devastating.

“Our community needs this service. Some people tell me this is the only way they can eat,” Legge told The Brew, during a tour of the idled center today.

“We have children that come to us to pick up food for their grandparents, we even have two little girls that pick up food for a household of nine, I can’t imagine what they are about to do to feed everyone” she said, shaking her head.

“When I informed people that this program will be ending, people cried, people broke down and cried,” she added. “That’s how much this means to them.” 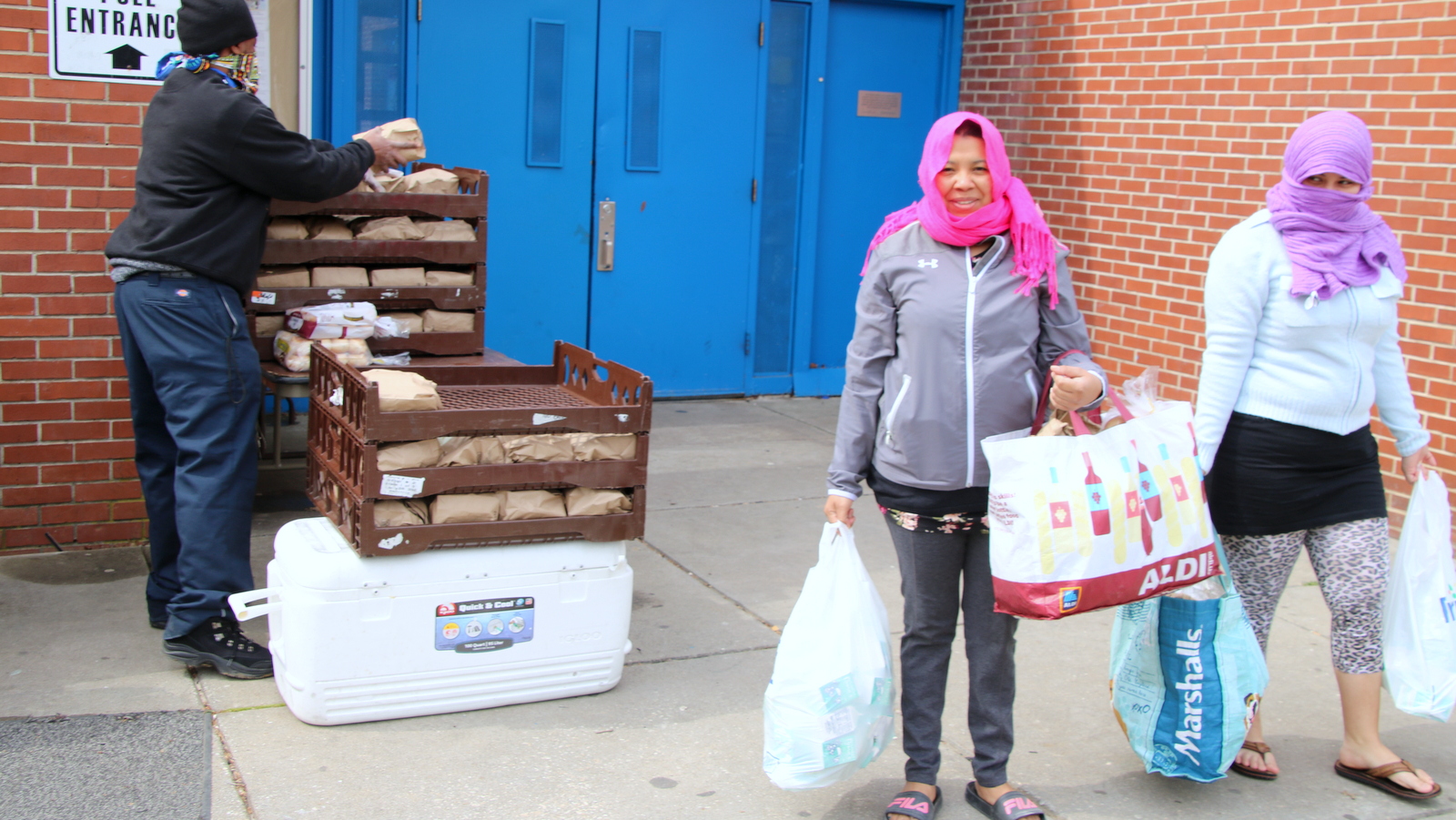 Asked to explain, City Schools officials at first said “the rec center is not shut down.”

Instead, Trueheart was taking steps to address “issues related to the condition of [the] center and food distribution activities,” a spokeswoman told The Brew.

Informed that Trueheart had, in fact, closed the building because the wording of the letter from City Schools appeared definitive – “currently in-person use of City Schools facilities are restricted” – North Avenue responded this way:

“The district received reports of unsanitary conditions at the site. Upon investigation those allegations were found to be accurate,” spokeswoman Gwendolyn Chambers said.

“You have my assurances that it will never happen again”  – Kim Trueheart.

Trueheart’s written response specifically described the nature of the allegations, several of which she acknowledged to be accurate. They included the charge that the center “was not clean and lacked custodial services” on July 8 and that there were “residential trash cans without lids with old food.”

“It is with deep regret and sadness that these happened and you have my assurances that it will not occur again,” Trueheart wrote, calling the condition at the center that day “an anomaly that never occurred in the past” and outlining corrective measures.

Earlier in the year, she said, she changed the building’s locks after “several troubling incidents,” including when someone who rented the facility held a party with alcoholic beverages and left the trash behind for volunteers to clean.

In 2020, after a series of thefts, she also paid a former squeegee worker to stay in the center to provide a night watch. “During the week that he stayed, the young man video-recorded the thief and and provided a copy to the school police,” Trueheart wrote. 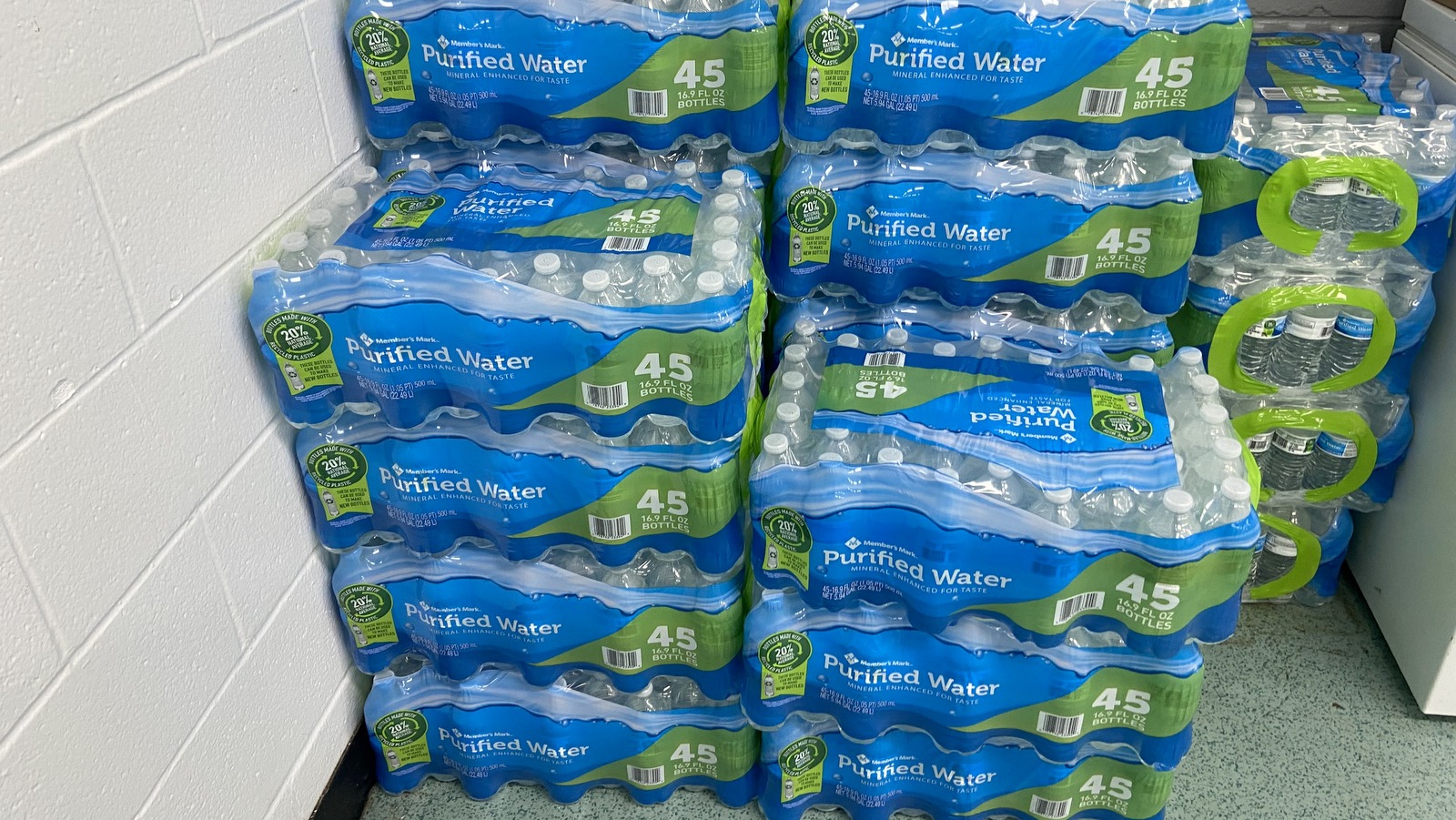 Bottled water donated by Carroll Fuel and other supplies remain at the center. (Timothy Dashiell)

When the Rawlings-Blake administration was shutting rec facilities in 2012, the Liberty Recreation Center was one of five taken over by the school system. Trueheart’s Liberty Village Project was able to operate out of the rec center that was adjacent to the Liberty Elementary School through an agreement with City Schools.

Rebranded Liberty Rec and Tech, the space became a center for technology education for local children. It was boosted by a partnership with the Digital Harbor Foundation and earned praise when U.S. Secretary of Education Arne Duncan visited in 2015.

Duncan watched children building circuits and demonstrating their skills on 3-D design software. He was told how, the day after the rioting that followed the death of Freddie Gray in police custody, the rec center was opened and donations of food poured in.

But in recent months there have been setbacks.

Trueheart suffered a stroke and after being hit by a bus, a shoulder injury. The principal who championed her work is no longer at the school. Someone in the community has a beef with her.

As she works her way through the bureaucracy awaiting the food service permit she is applying for from the Health Department (and Zoning approval and a use-and-occupancy permit from the Housing Department), she hasn’t heard from City Schools and feels like she’s in limbo.

“I haven’t seen the complaint. They promised to go over this line-by-line with me, but they haven’t called,” she said. “I hope they will allow us to continue, but I just don’t know.”

“There is so much need”

Trueheart worries that programs like hers are “something City Schools doesn’t want anything to do with.”

“Meanwhile, the situation is terrible,” she said. “There is so much need in the community. People are asking, are we going to be able to get these meals going again?”

Legge-Marks, for her part, said she works hard to supervise the center, questions the motives of its critics and has noticed that other individuals have access to the building.

While she and Trueheart wait to see if they can resume, Legge-Marks says that providing food to the community is too important to just stop.

“We have a great team. If we have to switch to 100% delivery, then we’ll deliver. I have no problem loading up my van with coolers.

“No matter what,” Legge-Marks emphasizes, “we’re here to stay.” 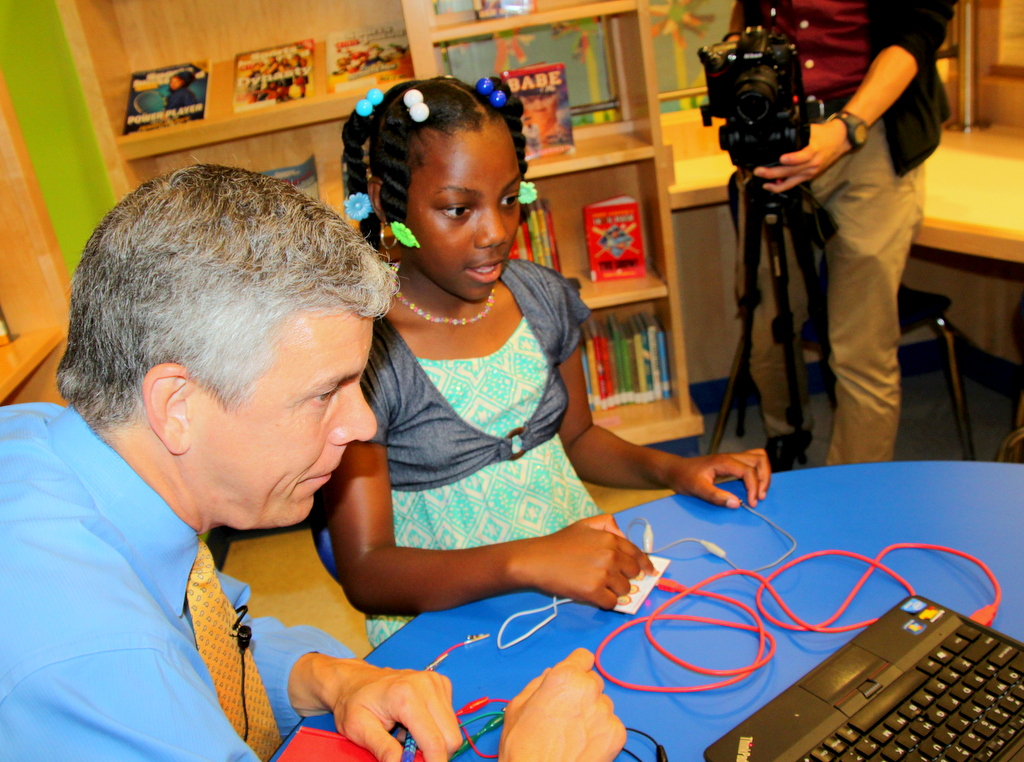