For the second time, Baltimore failed to collect money from the auctioneer it hired to sell off impounded, abandoned and surplus cars and trucks, resulting in more than $480,000 in lost revenues.

A near total lack of oversight allowed the auctioneer to improperly “commingle” city revenues with his own funds, according to a report issued yesterday by the Office of the Inspector General.

The vendor was not identified in the report, but city and court records point to Express Auction Services, and its owner, Larry A. Makowski, a Baltimore auctioneer who now lives in rural Virginia.

In a phone interview today, Makowski said, “I didn’t take the money. I never handled the money. Other people stole it from me.” He said he offered to pay back the missing proceeds over a six-year period, but the city refused.

His attorney, Robert Scarlett, later asked that Makowski’s remarks not be published, saying they may have violated his client’s agreement with the city. The Brew declined to censor the story.

The case of the missing auction money mirrors a 1999 incident when another vendor failed to remit $744,636 from selling surplus vehicles on behalf of the city.

That company, Auction Alliances Services of Towson, was sued, and the city eventually secured a sizable judgment, according to the OIG.

But the lesson learned from that scandal – keep your eye on the money exchanged at the fast-paced auctions – seemingly was lost by DOT employees.

Since 2007, Makowski was the city’s auctioneer at sales held every other Wednesday at the Pulaski yard, selling off everything from towed cars and accident-damaged trucks to motorcycles, auto parts and occasional unclaimed boats. About 200 sales were made during a typical auction.

When confronted by the OIG and others about his failure to remit auction revenues in 2018, Makowski said his company was in arrears because two employees had stolen $27,000 in cash. He said an audit revealed the employees had actually robbed the company of $160,000.

“We’d send the city a check. But apparently not all of the money was being put in the bank on the city’s behalf”  – Larry Makowski.

“I never handled the money,” Makowski said today. “What I did was call the auctions and leave. Other management people would reconcile with the city. Then we’d send the city a check. But apparently not all of the money was being put in the bank on the city’s behalf.”

A judge acquitted the employees of the $27,000 charge, according to the OIG report, and a police report was never filed regarding the bigger alleged theft.

Moving Out of State

On March 22, 2019, the city filed a lawsuit against Express Auction Services in Baltimore Circuit Court. It sought more than $550,000 in owed auction proceeds.

As the lawsuit dragged on, Makowski “threatened to declare bankruptcy in the Bankruptcy Court for the Eastern District of Virginia,” according to City Solicitor James L. Shea.

Because Makowski was no longer a Maryland resident and did not own property in the state, his assets were exempt from attachment by non-joint creditors under Virginia law, Shea said. 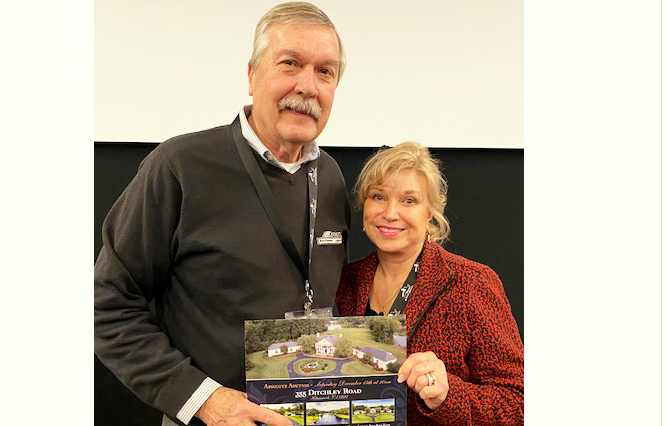 The legal hurdles erected by Virginia law were made “more difficult” by the failure of DOT and the Bureau of Purchases to extend the Express Auction service contract, according to the OIG.

The contract had an expiration date of January 2017, but Makowski was allowed to continue as the city’s auctioneer.

As a result, auctions his company conducted in 2018 were without formal legal authorization, and his alleged violations of contract terms – such as not depositing auction proceeds into a separate bank account – could be disputed by his lawyers, the OIG noted.

And that’s not all.

An obscure city panel could have suspended Makowski’s auction license. But the Auction Advisory Board did not have three duly-appointed members.

That placed the suspension in the hands of its chairman, Jonathan Melnick, a fellow auctioneer who had a “decades-long relationship” with Makowski “as employer, mentor and business partner,” according to Shea.

In trying to determining how much Makowski might have owed the city, the OIG was confronted by sloppy record-keeping and muddy audio recordings.

“Similarly, the contract required the auction company to record each auction with an ‘audio cassette recorder or similar device.’ But the audio cassettes obtained were antiquated, garbled and impossible to understand.”

“The audio cassettes obtained were antiquated, garbled and impossible to understand”  – OIG Report.

The legal case was finally resolved last May when Makowski agreed not to renew his auction license and not to apply for a new license for 15 years. He also surrendered his $25,000 surety bond.

Altogether, the company returned $95,000 (including the surety bond and several “good faith” payments) out of the $575,299.63 that the OIG calculated it owed the city.

Baltimore’s vehicle auctions are now being handled by Copart Inc., an online car auction service. Buyers can preview and prebid on vehicles before Wednesday’s online auction by accessing Copart’s website, and can pay with a credit card, wire transfer, ePay or cash up to $400.

Given the history of auctioneers not remitting the full proceeds due to the city, she recommended that buyers directly pay the city at the auction. Then the auctioneer can invoice the city for its commission and fees.

Responding on behalf of Mayor Brandon Scott and City Administrator Chris Shorter, Shea did not address the question of direct collection.

Instead, he said the city must strengthen its oversight of vehicle auctions by confirming the collection of cash receipts. Auctioneers must maintain separate accounts for city funds and the city must request regular reports of fund balances.

For better oversight of the overall process, he said the Auction Advisory Board, now devoid of members, should be reconstituted with qualified appointments by the mayor.

He also called on the City Council to pass legislation hiking the surety bond required for an auctioneer’s license from $25,000 to $500,000.

That reform should better “protect the city and the public against the risk of loss of auction proceeds by auctioneers,” Shea said.